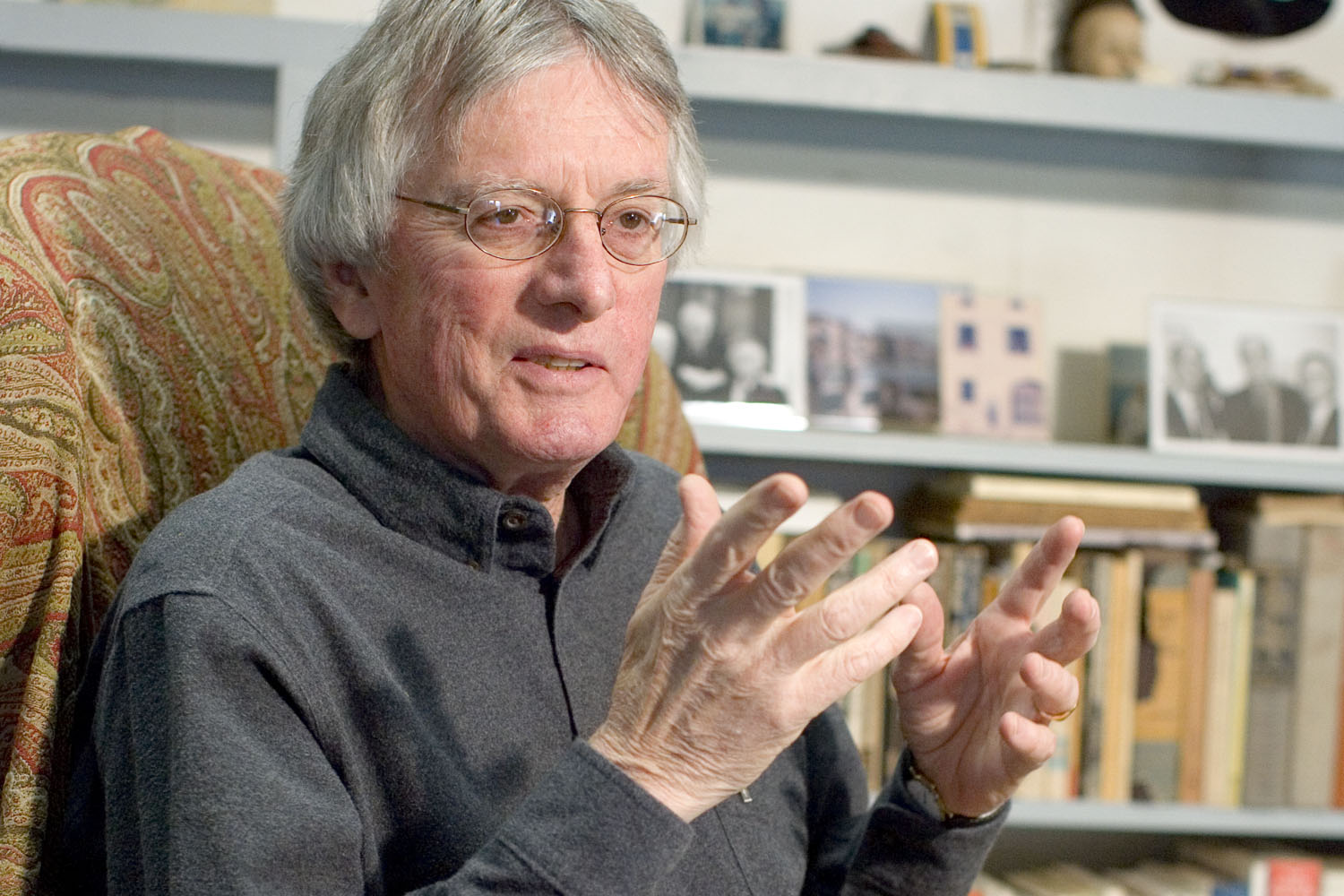 The University of Virginia Magazine once dubbed Charles Wright “poet laureate of the twilight” in 2009. On Thursday, in the light of day, the Library of Congress named him the 2014-15 Poet Laureate of the United States.

Wright, professor emeritus of the U.Va. English department’s Creative Writing Program, will begin his one-year appointment in the fall, opening the library’s annual literary season with a reading of his poetry at the Coolidge Auditorium on Sept. 25.

“Charles Wright is a master of the meditative, image-driven lyric,” said Librarian of Congress James H. Billington, who made the appointment. “For almost 50 years, his poems have reckoned with what he calls ‘language, landscape and the idea of God.’ Wright’s body of work combines a Southern sensibility with an allusive expansiveness, for moments of singular musicality.”

Wright’s body of work comprises 24 books of poetry, the most recent being “Caribou,” published earlier this year. He is among the most honored poets of his generation, winning the Pulitzer Prize in 1998 for “Black Zodiac,” the International Griffin Poetry Prize for “Scar Tissue” in 2007 and the National Book Award in 1983 for “Country Music: Selected Early Poems.” In 1993, he received the Ruth Lilly Poetry Prize for lifetime achievement.

Wright, who grew up in Pickwick Dam, Tennessee, was awarded the Bollingen Prize for American Poetry last year for his 2011 book, “Bye-and-Bye: Selected Late Poems,” which the judges described as “an extended meditation in which we sense ‘splinters of the divine’ in the phenomena and cyclic changes of the natural world, and in the elusive reaches of memory, myth and history.”

His U.Va. colleague and friend, Rita Dove, who served as U.S. poet laureate from 1993 to ’95, wrote that it was a thrill to learn of his appointment.

“Charles is one of this country’s most eminent poets. From the elusive, heartbreaking beauty of California to the stalwart witness of the six poplars in his backyard in Charlottesville, his lyrical meditations on mortality and America’s transient identity have deepened our sensibilities immeasurably,” she wrote. “In short, he is a literary treasure.”

Nevertheless, the public role as poet laureate for this private person “will be a step into the void,” he said. Besides giving a reading at the beginning and end of his term, he’ll choose the poet for the library’s Witter Bynner Fellowship. As for the rest of his official duties, anything else is up to him.

Wright taught hundreds of students while on the U.Va. faculty from 1983 to 2011, and spent some time Thursday returning phone calls from former students sending their congratulations, he said. He misses the students, because “they’re young and vibrant,” he said, but he still favors the quiet life.

As is his custom, he and his wife will head to Montana next week, taking up residence for three months in an isolated spot without phones or electricity where he has gone to write since 1967 – though he’s not writing as much as he used to.

“It’s harder, because I think I’ve said what I have to say,” he said.

To younger poets, he advised, “Write all the time – until you can’t anymore. Then put your pen down.”

Twilight, landscapes and spiritual questions still feature as his subjects, tinged with the passing of years. In “Caribou,” he calls it “an old man’s poetry / written by someone who’s spent his life / Looking for one truth. / Sorry, pal, there isn’t one.”

Whatever the hour, whenever he does eventually put down his pen, the legacy – the poetry – won’t disappear.

Excerpt from “My Old Clinch Mountain Home,” by Charles Wright:

“The darkness that huddles there
Is like the dew that settles upon the flowers,
invisible, cold and everywhere.

When the wind comes, and the snow repeats us,
how like our warped lives it is,
Melting objects, disappearing sounds
Like lichen on gnarled rocks.
For we have lived in the wind, and loosened ourselves like ice melt.
Nothing can hold us, I’ve come to know.
Nothing, I say.”

Q&A: Assessing the Risks and Rewards of Pelosi’s Plan to Visit Taiwan END_OF_DOCUMENT_TOKEN_TO_BE_REPLACED

These Giant Wind Turbines, Inspired by Palm Trees, May Be the Future of Renewable Energy END_OF_DOCUMENT_TOKEN_TO_BE_REPLACED