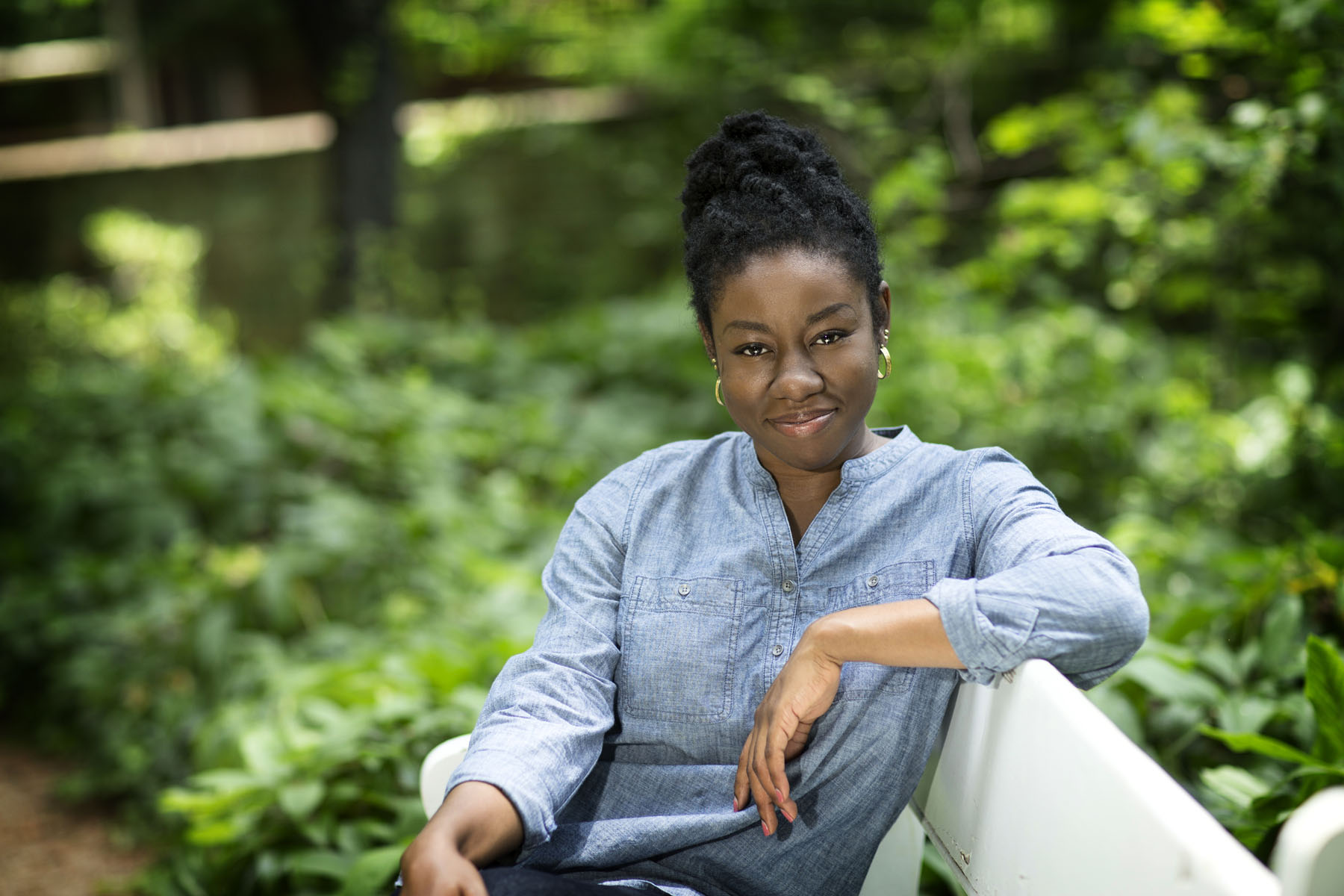 Fiction writer Onyinye Ihezukwu, a graduate student in the University of Virginia’s Creative Writing Program, came part way around the world to put more color into her writing and listen to her “inner hearing,” she said.

“It is important that every writer at a point in his writing lifespan be made to listen to the silence behind the noise of conventional living,” the former broadcaster said.

The move from Nigeria to Virginia seems to be working for her: She recently was awarded the $10,000 Henfield Prize – given annually to a U.Va. graduate writing student for the best unpublished work of fiction – for her short story, “Real Papa.”

The Joseph F. McCrindle Foundation endowed the U.Va. English department’s Creative Writing Program and those at four other universities with prize funding in 2011.

Ihezukwu, who worked in the huge port city of Lagos in western Nigeria, said she has been writing since she was a child. About 10 years ago, she tried writing two different novels, but wasn’t satisfied. She gained confidence after joining a writing group about five years ago where they read and discussed published novels, as well as critiqued each other’s work.

“My journey of character-plot-dialogue interaction began there. ... I began to grow more faith in my ability,” she said.

She has continued that journey at U.Va., where she has found “wonderful” people among her professors and fellow students, and support from administrative staff.

“Having the academic environment within which to contemplate my writing has honed my inner hearing in immeasurable ways,” she said. “Taking time away from my home country, my job and all I have previously known has shown me more of what lies within the words that I create on the page. Where there was the plain white color, a spectrum of red, green, orange, blue is lifting itself through.”

Still “dreaming that dream” of writing a novel, Ihezukwu has returned to work on one of her earlier attempts, she said.

Her winning story concerns “the cyclical nature of living a life without answers,” she said. Set in Lagos, it features a young woman who works at a bar on the beach and finds a little boy alone in the middle of the night.

“What happens when what we want or what we do is simply not enough? So in this story, we see the protagonist fight to make things work: for herself, her lover, her family ... and it all shatters before her face.”

In that stretch of day between noon and 6 p.m., Affi and the boy sat up working. He scratched figures with crayons clutched in a bunched fist, zig-zagging from one end of his paper to the other. As he scratched he made low grunting noises in the back of his throat. Across from him Affi pedaled her sewing machine as she told him stories of her childhood in the village. She told of her four sisters, strong girls who hauled cassava and maize to the grinding mill every day. By next year when she would be twenty-seven, she hoped to have saved enough money to bring her mother and sisters over to Lagos. Hopefully Abass would have married her by then. Then they would all be one happy family. Affi paused to look at the boy. “If your Papa has not come by that time, you will be with us too.”