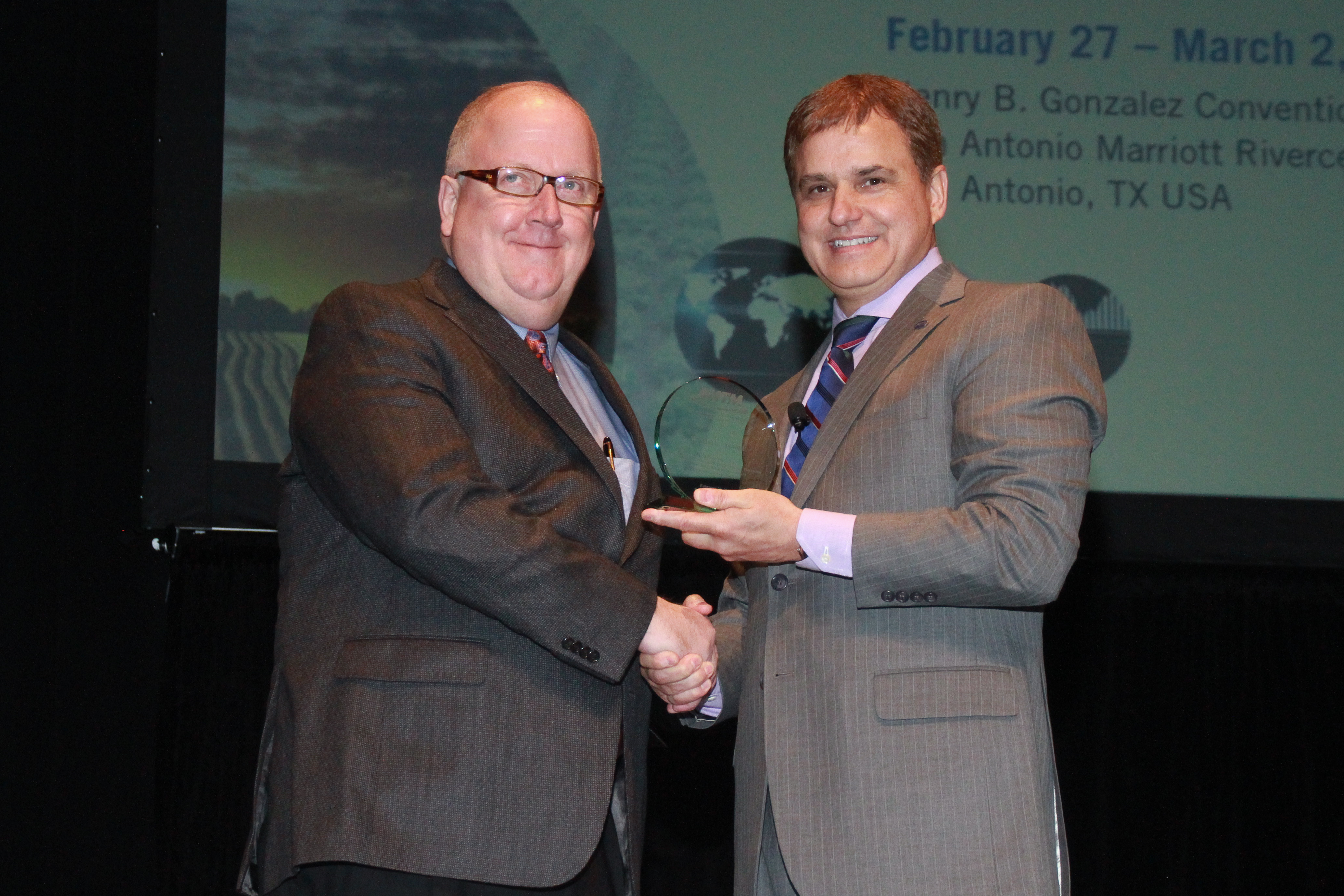 W. Mark Crowell, executive director of U.Va. Innovation and associate vice president for research at the University of Virginia, was honored by the Association of University Technology Managers Feb. 28 for his lifetime contributions to advancing academic innovations.

Crowell received the association’s 2013 Bayh-Dole Award, “given in recognition of the recipient’s untiring efforts to foster and promote intellectual property activities on behalf of the university and nonprofit community.”

Since his arrival at U.Va. in 2010, Crowell has worked to expand and raise the visibility of the University’s innovation and entrepreneurship programs and testified before Congress on matters pertaining to technology transfer and the role of small business in innovation and job creation.

“As a thought leader and partnership catalyst, Mark has been building the foundation for American economic growth for over two decades, spanning from the Atlantic seaboard to the California coast,” said Thomas C. Skalak, U.Va. vice president for research.

“We are very proud to have Mark at the University of Virginia, where he has established our region as a global destination for innovation, creating authentic, sustainable partnerships with investors and corporations.”

Crowell received the award in San Antonio at the annual meeting of the Association of University Technology Managers. Commonly referred to as AUTM, the association is a nonprofit organization with an international membership of more than 3,000 technology managers and business executives.

“Mark is a respected leader in this profession and within AUTM,” said the organization’s president, Sean Flanigan. “Through his more than 25 years in our profession, Mark has continuously embodied what the Bayh-Dole Award is all about. AUTM is grateful for his contributions to our organization and to the profession as a practitioner, leader and friend.”

“I fully subscribe to the pronouncement of The Economist that Bayh-Dole is perhaps the most inspired piece of legislation in the past half-century. To receive an award bearing their name is a particularly great honor,” Crowell told an audience of several hundred at the AUTM meeting’s opening session.

“Our profession really is focused on doing the best job we can to push research out to help society, to create cures and to improve the environment,” Crowell said. “It is a great honor to be recognized by my professional colleagues and peers in AUTM with this award.”

For information about the award and past recipients, click here.

For All of Us END_OF_DOCUMENT_TOKEN_TO_BE_REPLACED