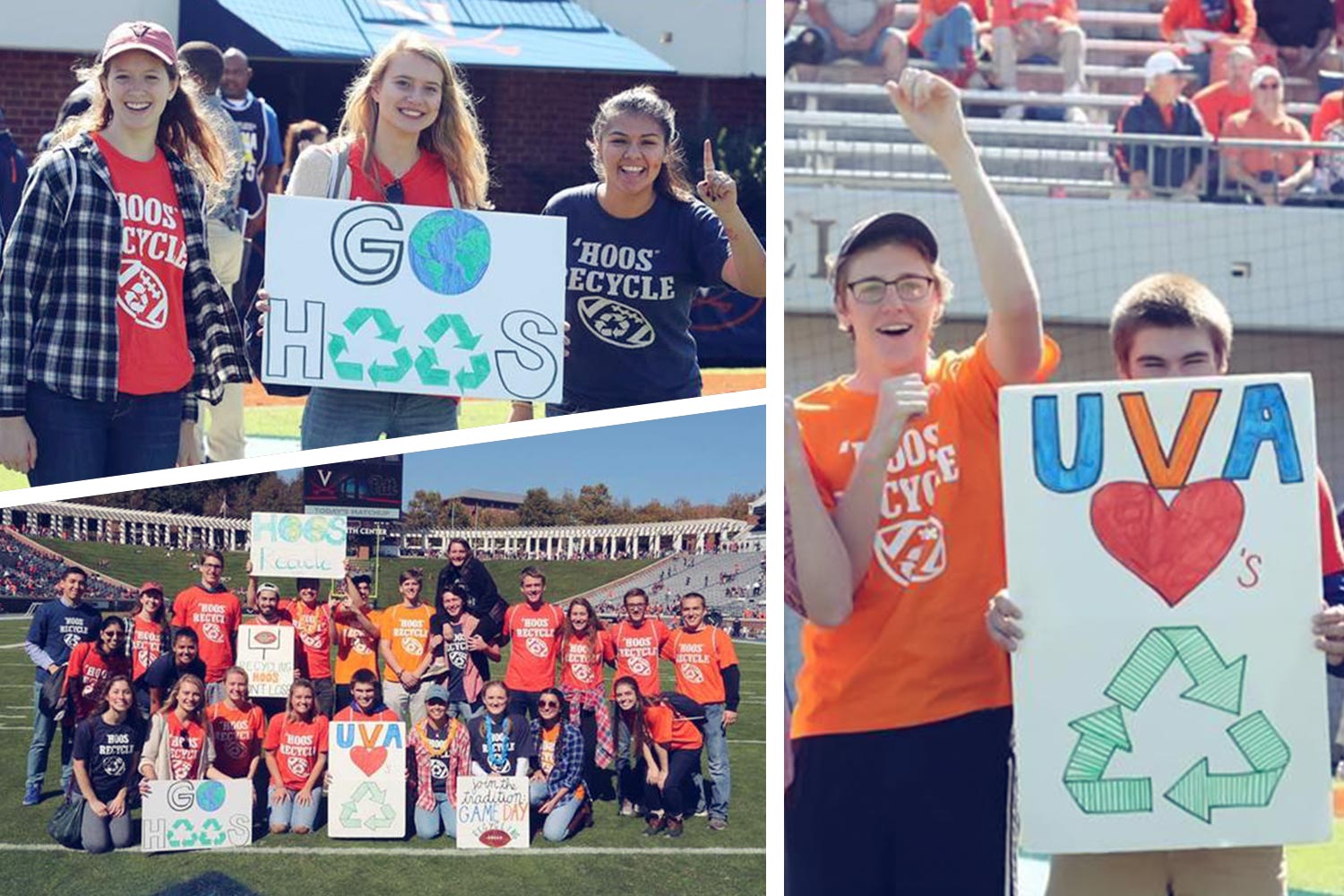 UVA finished third in the nation in the GameDay Challenge for its recycling efforts during the Oct. 21 football game against Boston College. (Photos courtesy UVA Office for Sustainability)

The University of Virginia placed third nationwide in the 2017 GameDay Recycling Challenge.

The contest was held Oct. 21, when the Cavaliers suffered an otherwise forgettable 41-10 loss to Boston College at Scott Stadium.

“In an effort to make recycling easier and more accessible to fans, UVA Sustainability partnered with Aramark and the Athletics Department to provide more composting and recycling bins at waste stations across the stadium,” said Nina Morris, sustainability outreach and engagement manager in UVA’s Office for Sustainability. “With the help of more than 100 volunteers, UVA collected and sorted materials from tailgaters and fans, and diverted more than 45,000 pounds of materials from the landfill, making the 2017 GDRC the largest recycling effort since UVA joined the competition in 2010.”

The GameDay Recycling Challenge is a waste-reduction competition among colleges and universities around the nation that seeks to increase recycling and composting efforts and spread sustainability awareness at football games. Sponsored by a partnership of the College & University Recycling Coalition, RecycleMania Inc., Keep America Beautiful and the U.S. Environmental Protection Agency’s WasteWise program, the 2017 competition reached around 8.7 million fans at 181 games, according to reported stadium attendance numbers.

Participating schools recycled or composted 2.06 million pounds of game-day waste during the fall season, which broke down to recycling more than 1.5 million pounds of bottles, cans, paper, cardboard and other materials. In addition, more than 540,000 pounds of organic materials were composted or recovered, including pre- and post-consumer food waste and compostable service ware.

These collective efforts prevented the emission of 2,410 metric tons of carbon dioxide equivalent of greenhouse gases – equivalent to removing more than 500 cars from the road for a year.

“Placing as well as we did on a nationwide level in this competition shows UVA’s unwavering commitment to recycling and waste reduction,” Morris said.

This is the eighth year that the University has competed in the GameDay Challenge.

In Memoriam: Life of Drama Professor To Be Honored Sunday END_OF_DOCUMENT_TOKEN_TO_BE_REPLACED