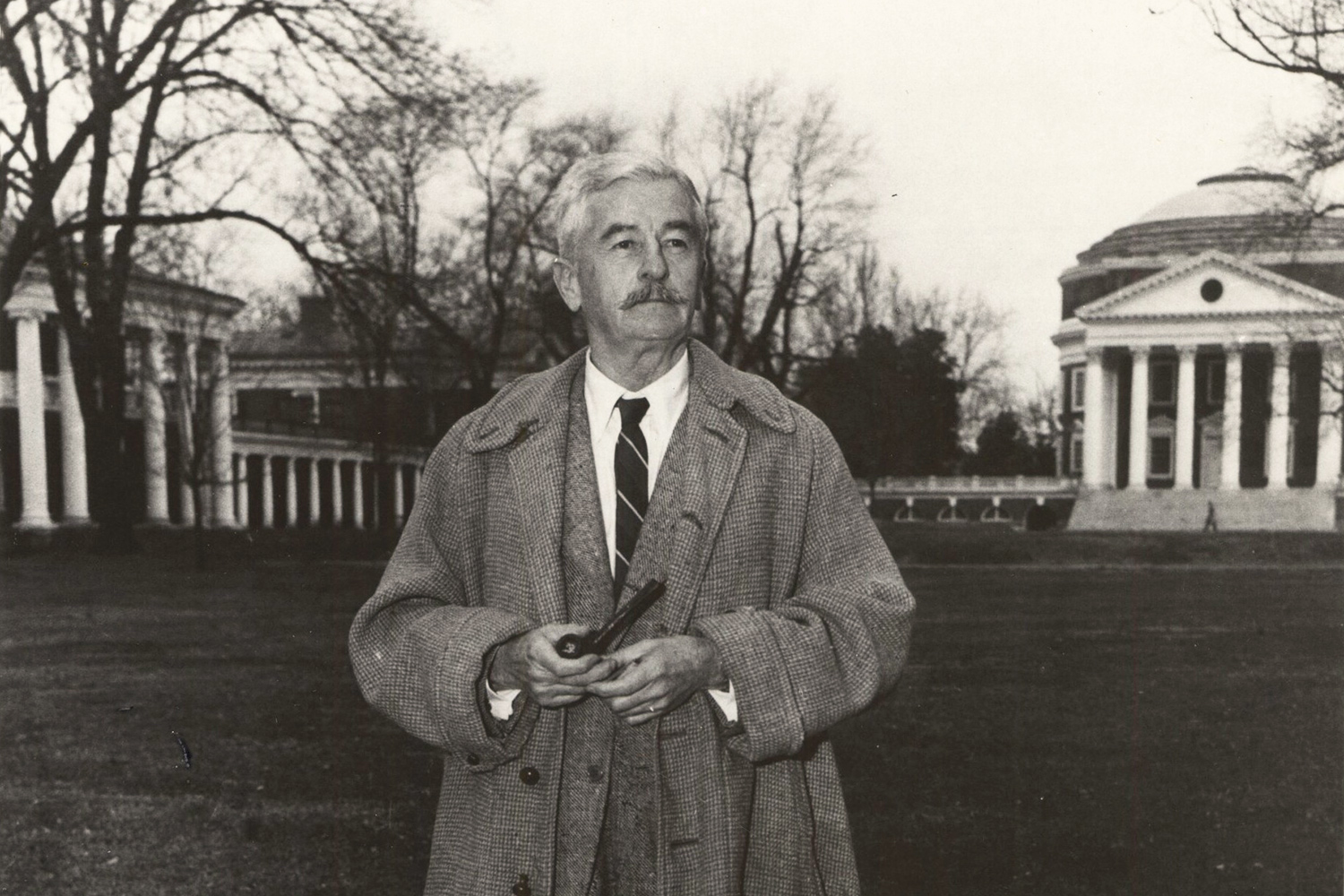 The past is never dead. It’s not even past.”

These oft-quoted lines from American author William Faulkner echo one of the major themes in his work. Now the celebrated writer’s fictional world of Yoknapatawpha County in Mississippi comes alive in a new website at the University of Virginia where viewers can see how the past influenced his imagination.

UVA English professor Stephen Railton and collaborators from around the country and abroad began the “Digital Yoknapatawpha” project several years ago and will continue developing the website, thanks to a three-year, $286,000 award from the National Endowment for the Humanities Collaborative Research division. The grant is one of 14 for collaborative research that NEH announced last week.

“Digital Yoknapatawpha is mapping the world Faulkner created in new ways, by means of a collaboration that brings together 35 scholars from 34 institutions and a team of technologists from UVA,” Railton said.

He credited the UVA technologists with doing the heavy lifting in making and developing the website’s functionalities, including co-project director Worthy Martin, associate professor of computer science and acting director of the Institute for Advanced Technology in the Humanities, and the IATH staff, the library’s Digital Media Laboratory and Bill Ferster of the Sciences, Humanities and Arts Network of Technological Initiatives, or SHANTI. There’s also a professional cartographer on the team who makes separate maps for each text, based on the two maps that Faulkner himself drew.

Railton also received support from the Arts & Sciences dean’s office and the English department in the early stage, as well as a previous NEH startup grant.

Faulkner, who won the Nobel Prize for Literature in 1949 among other major awards, came to the University in 1957 and 1958 for two terms as its first writer-in-residence and remains a prominent literary figure here. UVA’s Albert and Shirley Small Special Collections Library holds a large repository of his papers and documentation of his time on Grounds. 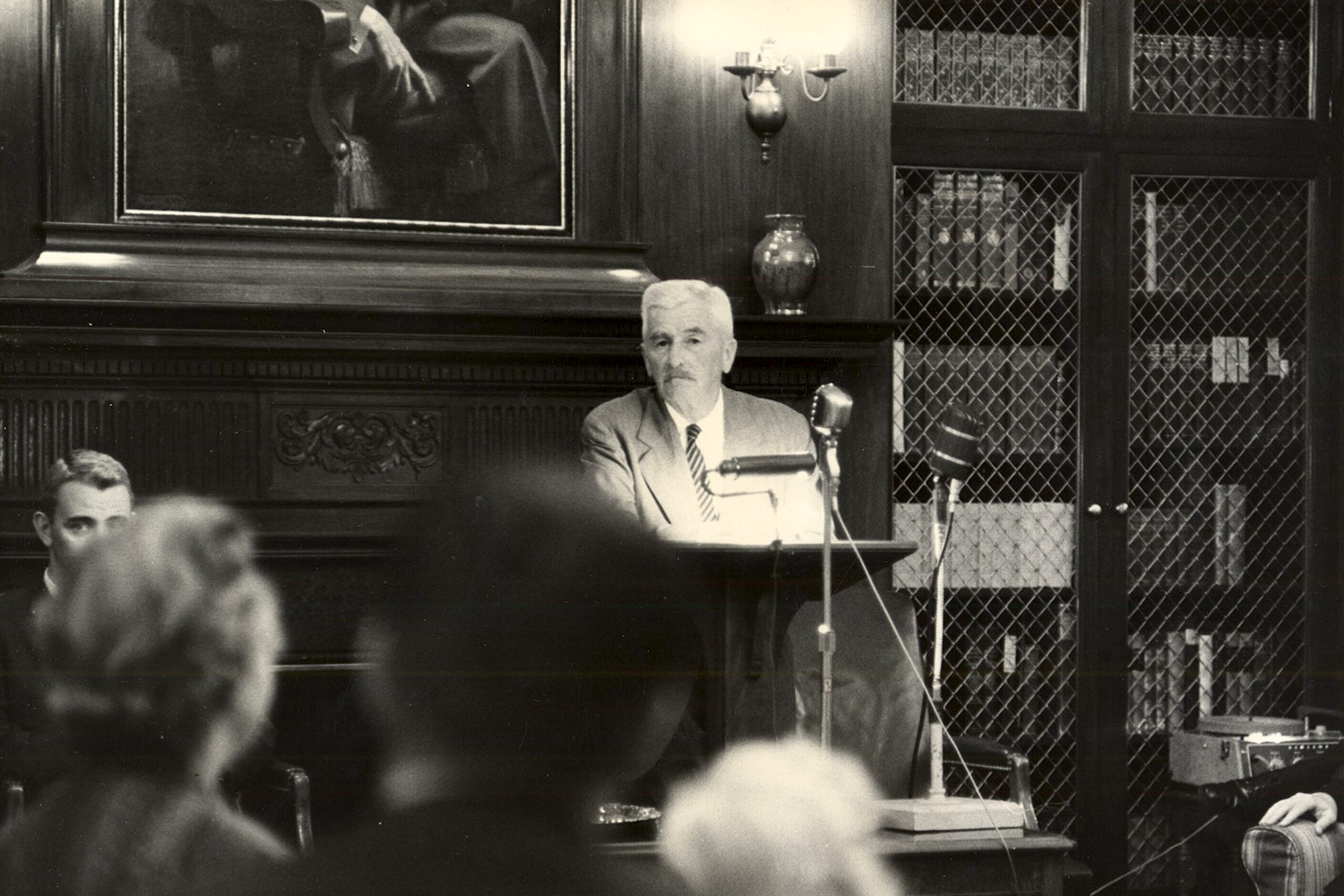 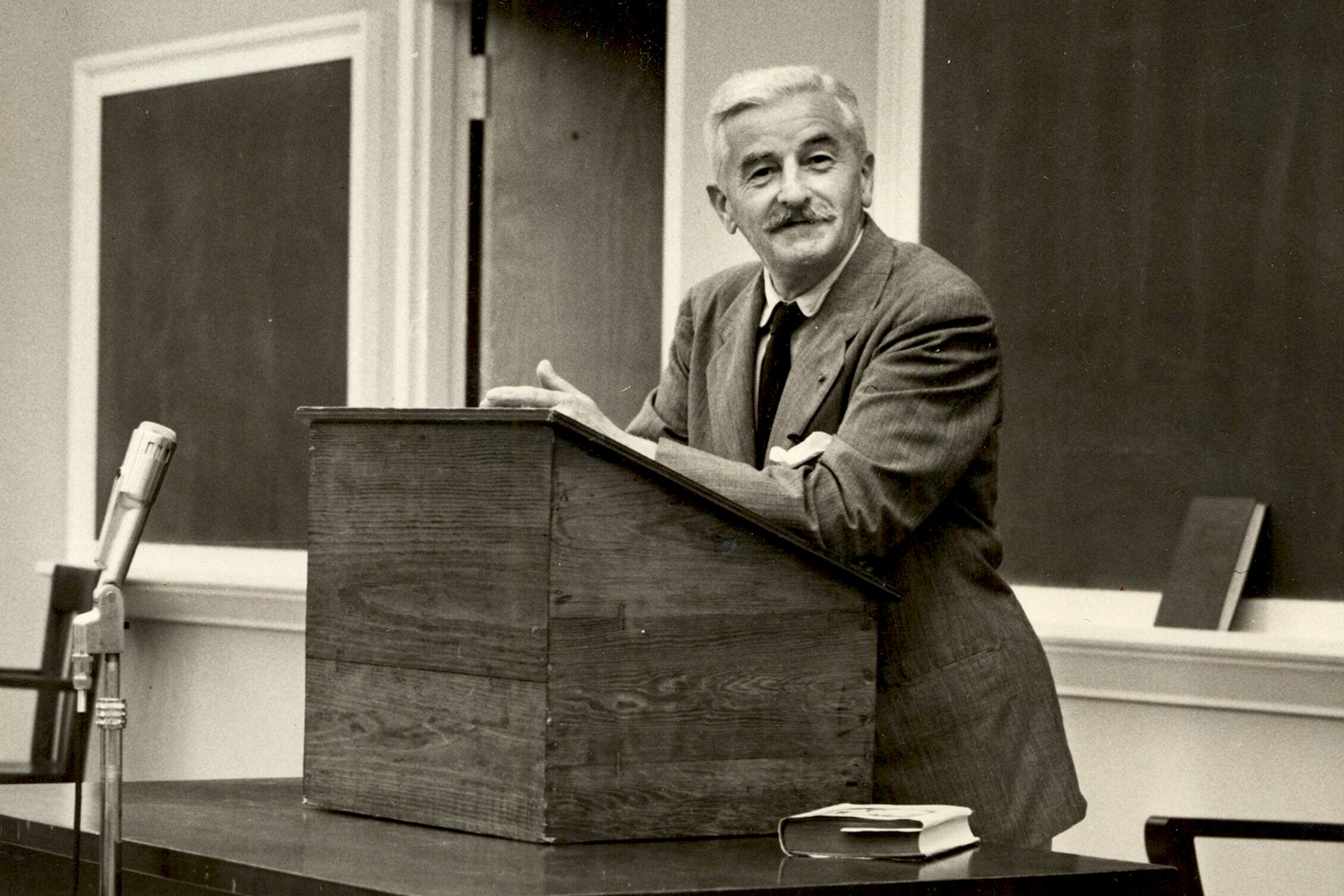 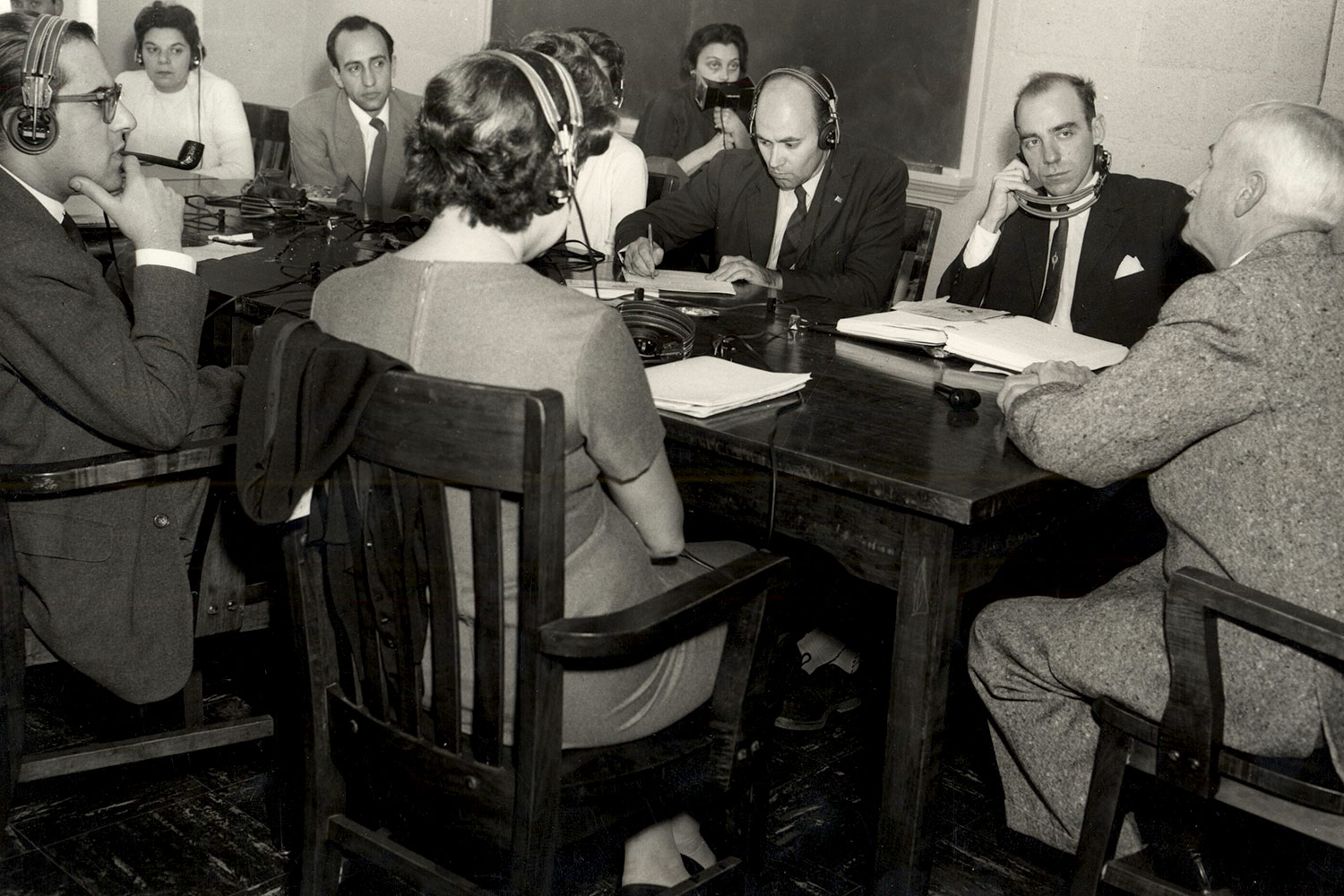 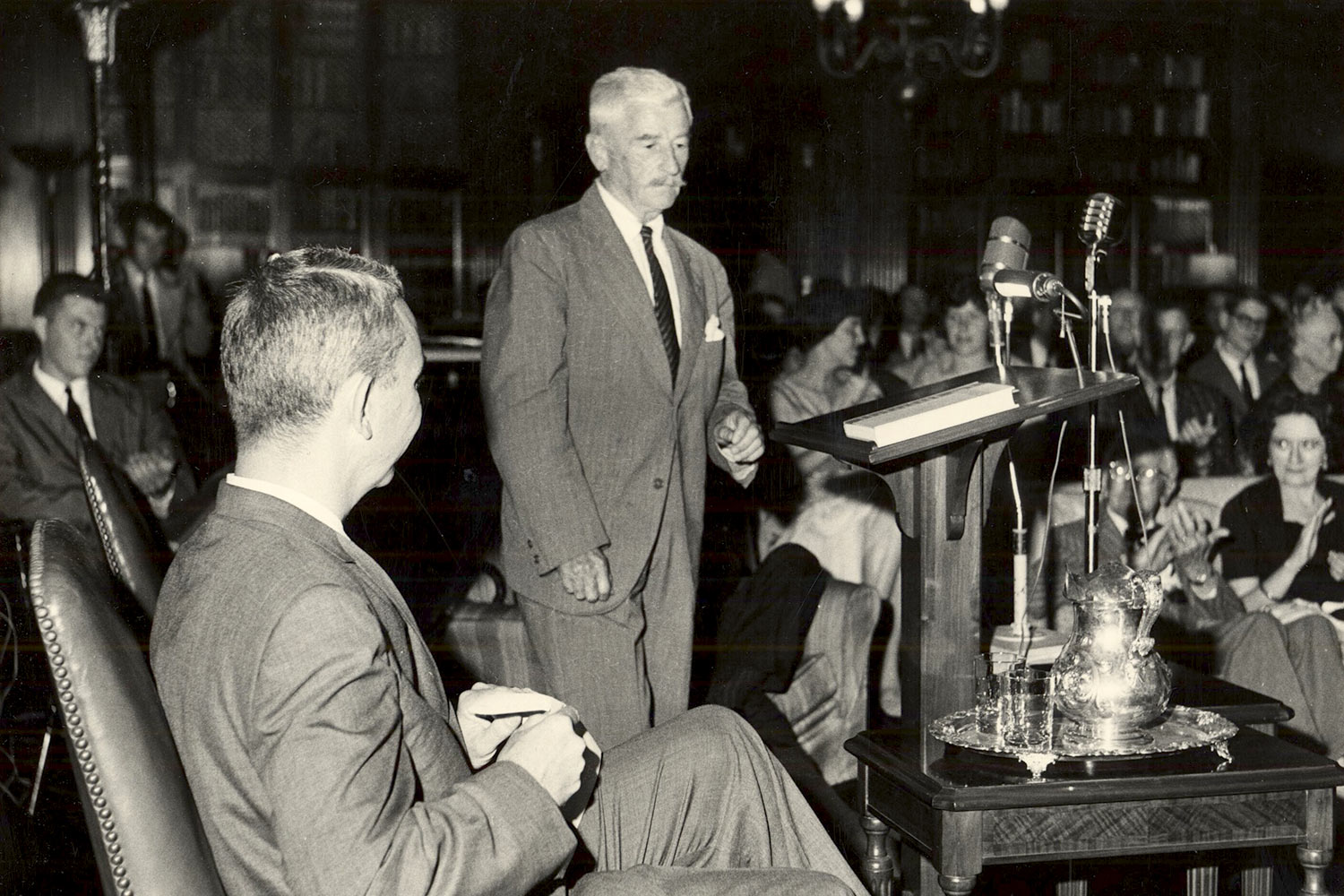 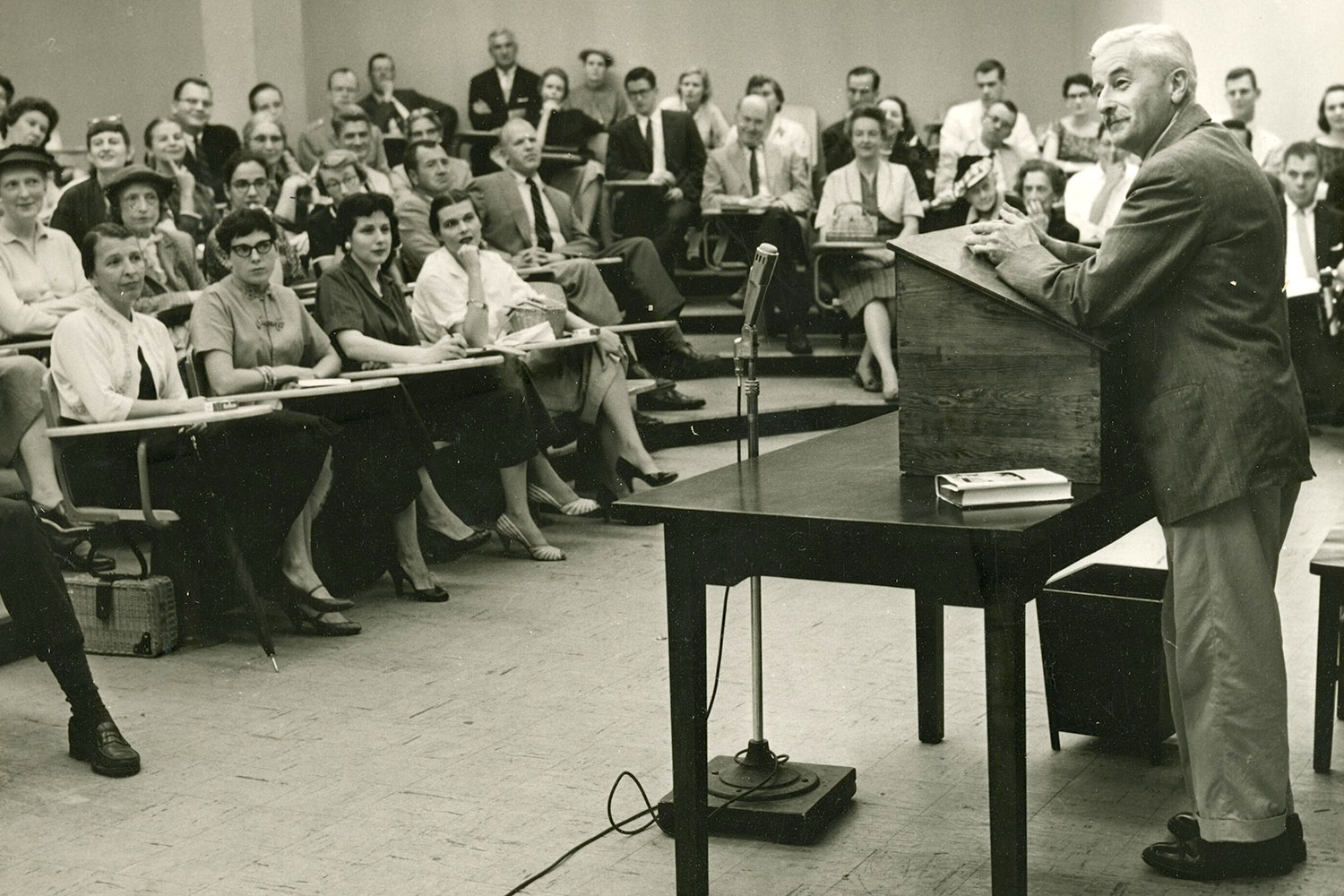 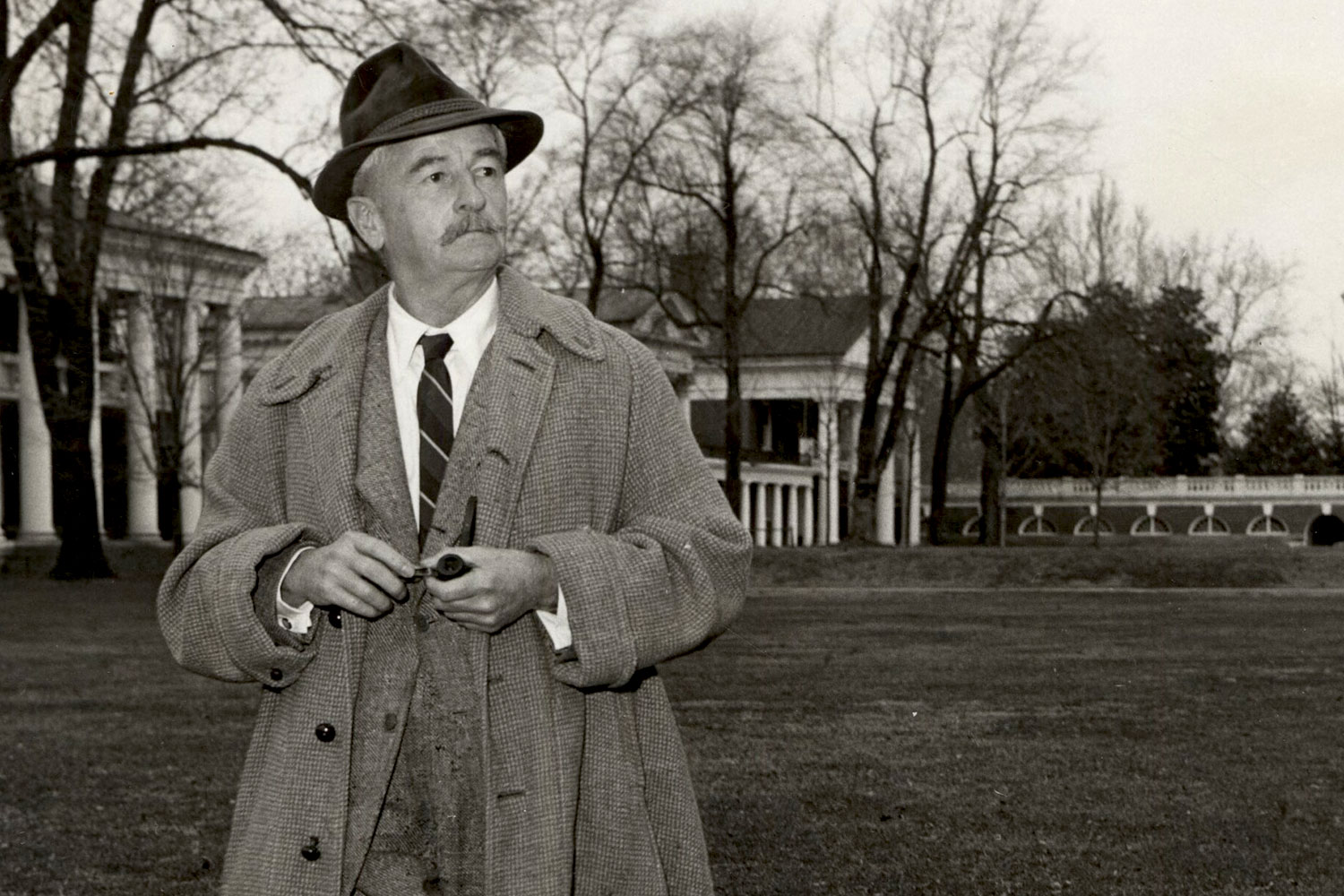 In addition, Railton spearheaded a project about seven years ago with the Special Collections Library that put online almost 30 hours of recordings of Faulkner reading his work, giving lectures and answering questions from students and others while at the University. The library will present an exhibit on Faulkner’s life and work February through July 2017.

The word “Yoknapatawpha” is not the only thing that’s hard to understand in Faulkner. Many of his works are not easy reading, but his mastery and modern techniques have endured.

“Faulkner is a writer for all seasons, insofar as his writing still bears supreme relevance more than a half-century after his death,” Hortense Spillers of Vanderbilt University, who serves on the project’s advisory board, wrote in an email.

Railton said he and his collaborators want the website to help show what’s going on in a particular written piece perhaps, but not what it means.

“Like the novelist, generations of readers, teachers, students, scholars and critics have continuously returned to this place, asking new questions about what happens ‘there’ and continually finding new answers,” he said. “The Digital Yoknapatawpha project will provide potentially transformative ways to answer persistent critical questions about Faulkner’s representation of history, race, gender and class, among other issues.” 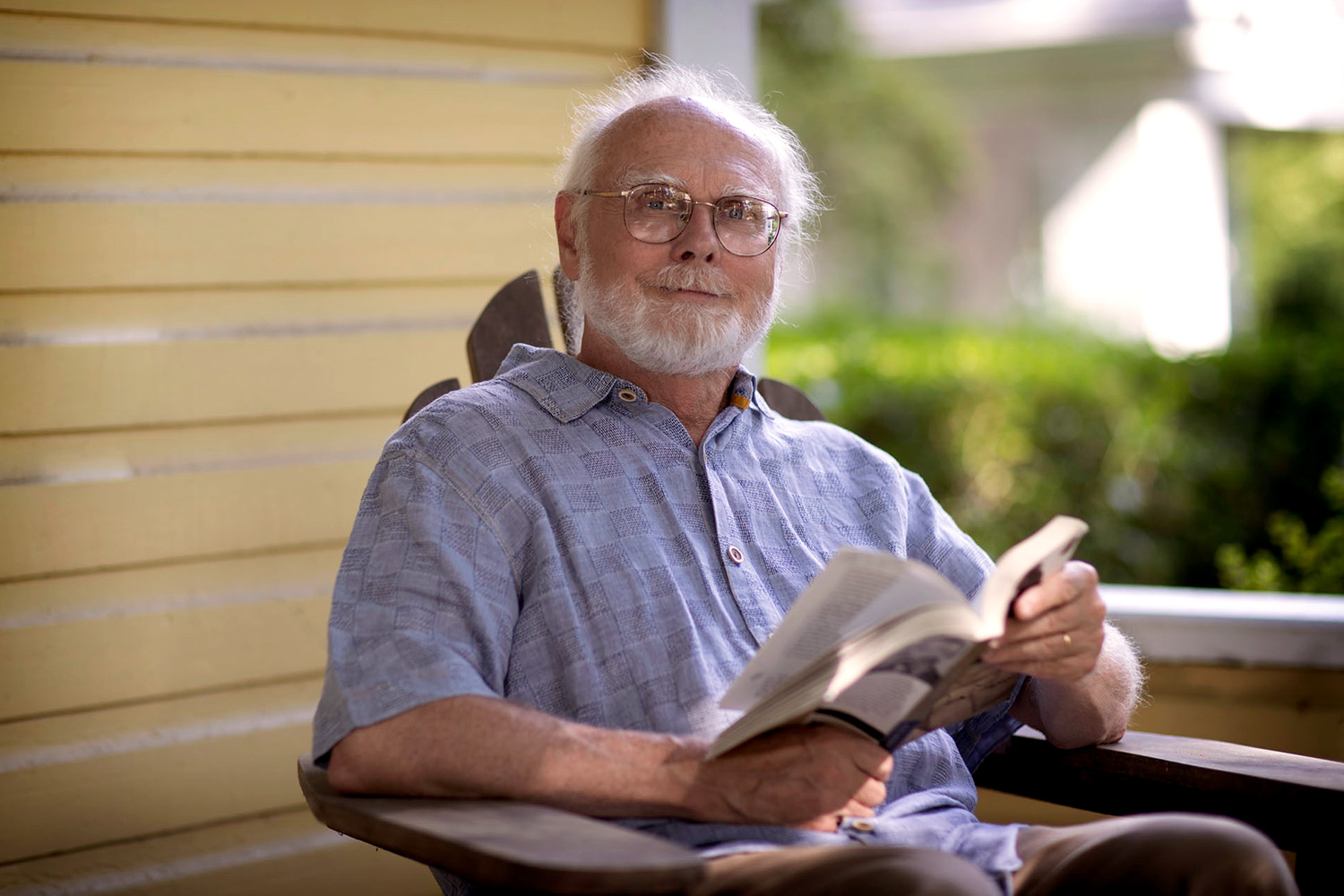 Steve Railton, on the English department faculty since 1973, specializes in American literature, including the work of William Faulkner. (Photo by Dan Addison, University Communications)

Writing in the mid-20th century about the American South, Faulkner often went back and forth in time in his work. For instance, “Flags in the Dust,” his first novel set in Yoknapatawpha, begins after World War I, but most events have already happened when the story begins. On the website, users can click on the icon of that book cover and activate the timeline and map, thus enabling users to visualize movement of characters and events in space and time.

“Even as Faulkner first brings Yoknapatawpha into existence, it is already dominated by its past,” Railton said.

Digital Yoknapatawpha is more than just a resource, according to the project’s associate director, Johannes Burgers of Queensborough Community College in Bayside, New York. “The Digital Yoknapatawpha project is a fundamentally new way of doing literary scholarship,” he said. “The collaborative scholarly database, inter-linked tool sets and advanced visualization all enable scholars to ask and answer questions about Faulkner’s work that only a few years ago seemed unimaginable.”

When the data and website functionalities are all in place, for example, Railton said “a researcher interested in a theme like slavery or domestic violence or disability in Faulkner will be able not only to identify every relevant scene in the fiction, but also to locate those scenes, for example, chronologically in the contexts of both the history of Yoknapatawpha and the arc of Faulkner’s career.”

“Building databases takes consensus and consistency,” said Railton, a pioneer in digital humanities who also created “Uncle Tom’s Cabin & American Culture: A Multi-Media Archive” and “Mark Twain In His Times: An Electronic Archive.” “Collaboration requires a lot of patience, but in the end, you get a richer product,” he said.

Other goals of the project include adding a separate section dedicated to providing teachers and students with a range of examples of how to use Digital Yoknapatawpha in the classroom and publishing interpretive implications of the collaborators’ work.

“We’re designing it for the widest possible audience, as well as scholars,” Railton said.

In Memoriam: Life of Drama Professor To Be Honored Sunday END_OF_DOCUMENT_TOKEN_TO_BE_REPLACED