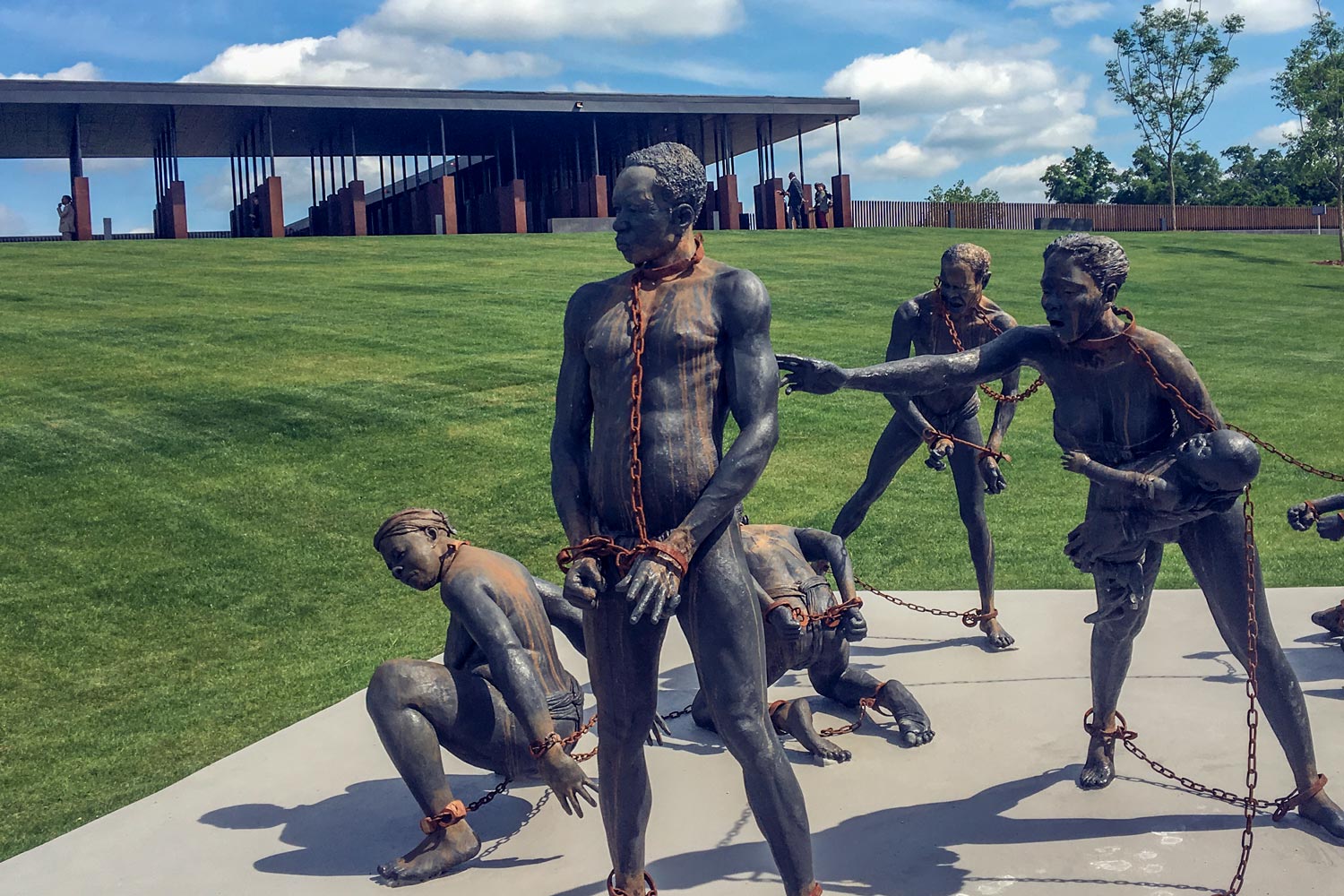 The Charlottesville Civil Rights Pilgrimage will conclude at the new National Memorial for Peace and Justice in Montgomery, America’s first national memorial to victims of lynching. (Photo by Shaun Calhoun via Creative Commons)

Several University of Virginia staff and faculty members – including 16 UVA staff members sponsored by the Office of the Executive Vice President and Provost – were among the 110 Charlottesville men and women who were set to leave Sunday on a weeklong Charlottesville Civil Rights Pilgrimage to Montgomery, Alabama.

The group will stop at several historic sites along the way, but their ultimate destination is the National Memorial for Peace and Justice in Montgomery, America’s first national memorial to victims of lynching. There they will deliver soil from the Albemarle County site where John Henry James, a black man living in the Charlottesville area, was lynched on July 12, 1898. Already, the memorial has collected soil from hundreds of other lynching sites around the country.

“We want to talk about who we have been, what we are struggling with and what we can be,” said Jalane Schmidt, an associate professor of religious studies, who planned the trip with Andrea Douglas, executive director at the Jefferson School African American Heritage Center. Schmidt encouraged the City of Charlottesville to include the trip in its response to the violent white supremacist demonstrations in Charlottesville and on Grounds last August, and to the ongoing debate around Confederate memorials in Charlottesville. 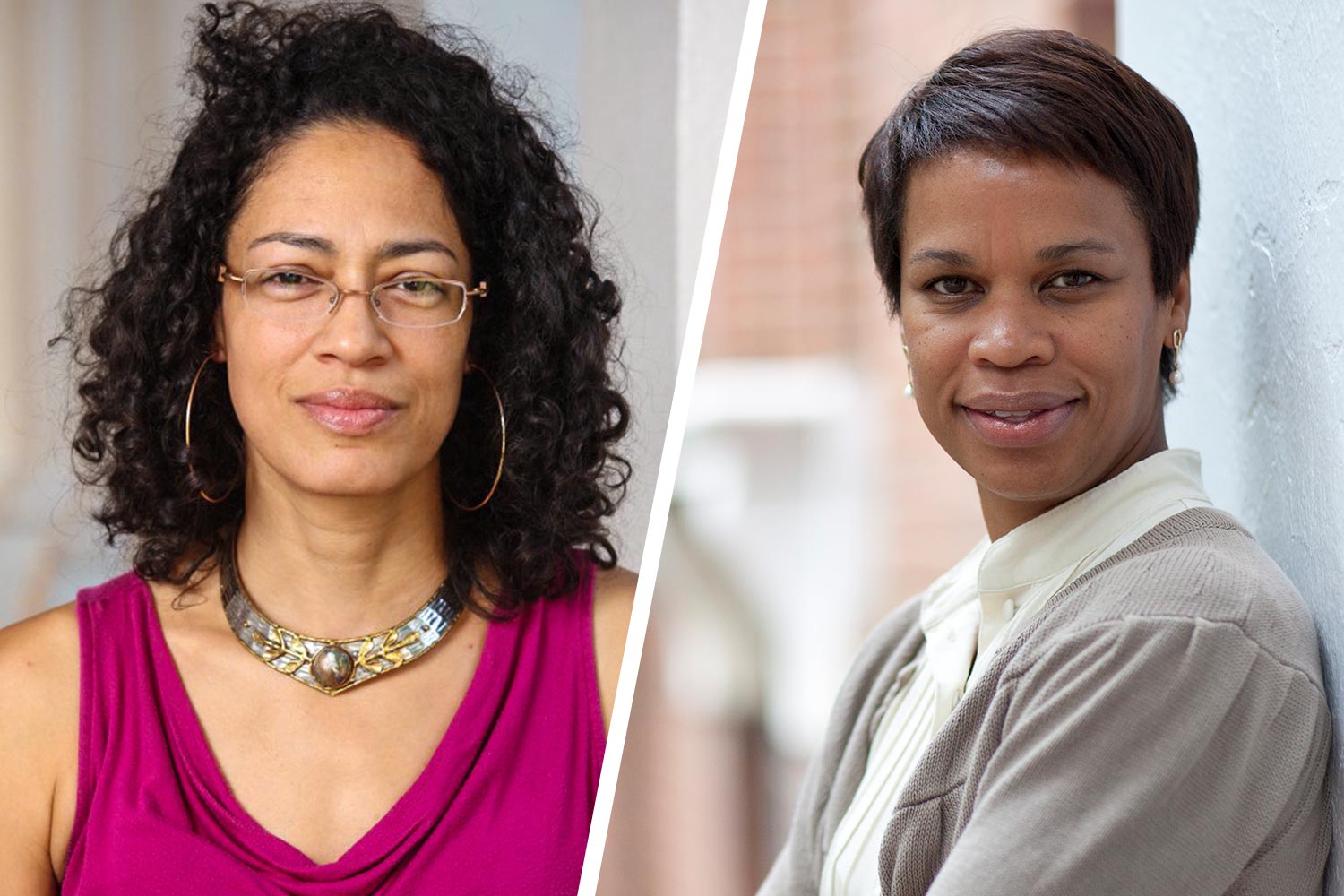 Each of the 16 sponsored UVA staff members received a $1,500 stipend to cover costs of the trip and do not have to use their annual leave. Funding came from the provost’s office and the Office for Equal Opportunity and Civil Rights, with additional support from the Office of the Vice President and Chief Officer for Diversity and Equity. Though full-time staff who have been at UVA for two years could apply, the provost’s office particularly encouraged the Staff Senate, which managed the application process, to focus on staff members in lower salary quartiles.

The UVA employees are joined by Charlottesville leaders, including Mayor Nikuyah Walker; University leaders and faculty members; and local schoolteachers, high school students and community members – many of whom are also sponsored by other organizations.

“It is amazing to have such a big group, and I think we will all learn a lot from each other,” Schmidt said. “Each person who goes on the trip will become an ambassador, of sorts, back in their social and professional networks.”

Vice Provost for Academic Outreach Louis Nelson, who is also among the travelers, said the trip was a good opportunity to forge stronger partnerships among the University and Charlottesville communities.

“I am looking forward to traveling through some very difficult content with a lot of our community leaders and continuing to build relationships of trust,” Nelson said.

Employees embarking on the trip hoped it would provide important historical context for both their work at UVA and their personal understanding of race relations in the U.S. 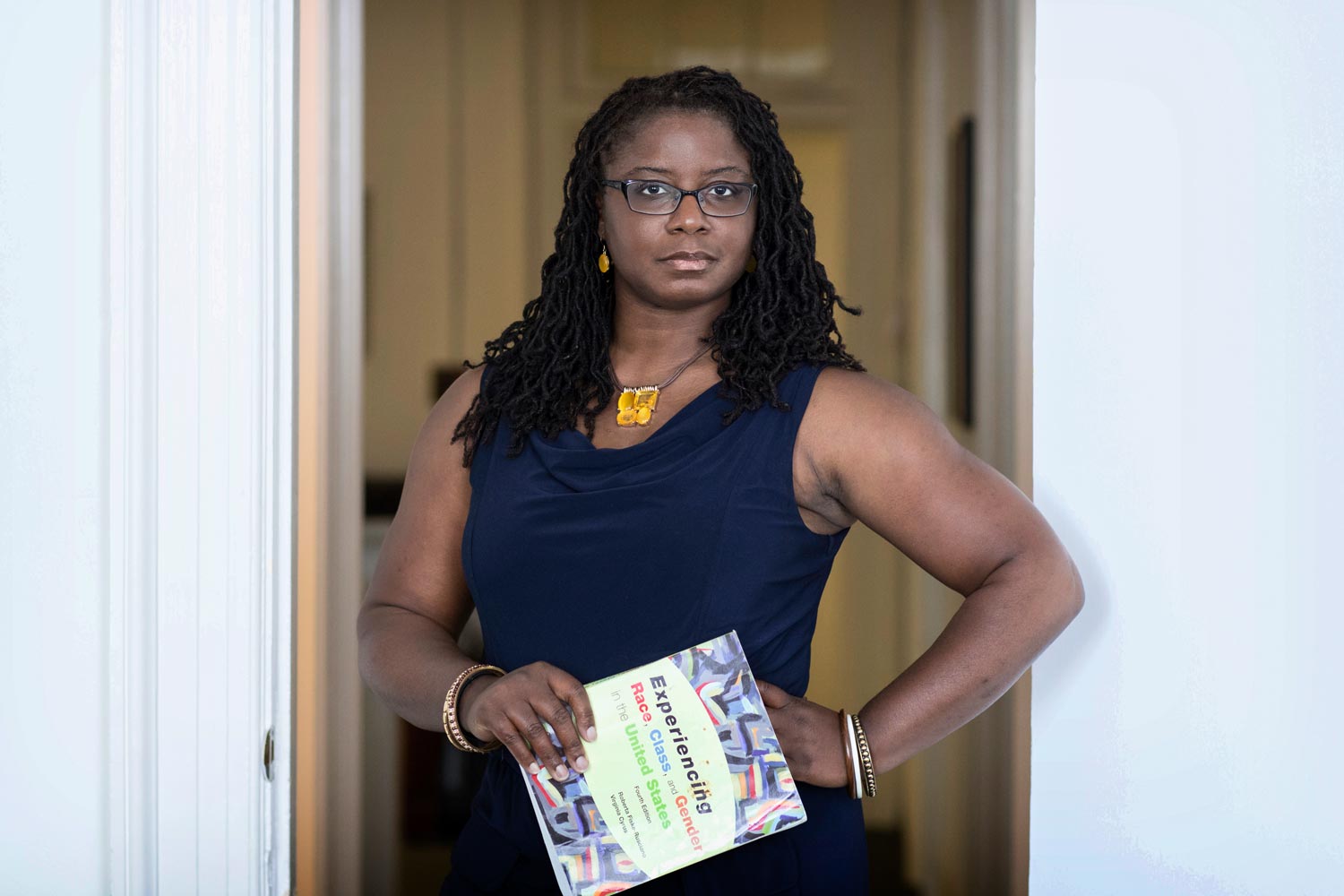 Jaronda Miller-Bryant, who works in UVA’s Maxine Platzer Lynn Women’s Center, is among the UVA staff members on the trip. (Photo by Dan Addison, University Communications)

“In many ways, the civil rights that African-Americans were protesting for in the 1950s and 1960s are eerily similar to the struggles for social justice we’re seeing today,” she said.

“I think this experience will help us to see our path toward social justice and equality from a historical perspective. I firmly believe that in Charlottesville and the nation, we are at a place where truth-telling and embracing the real narrative of our history with race is imperative if we are going to move forward.”

Danelia Robinson, an administrative assistant in UVA’s Center for Politics who conducts research on the antebellum period and post-Civil War Reconstruction, hopes to learn more about the history of lynching and how it informs events like the August demonstrations.

“Lynching commenced a long time ago and was not spoken of or written of for a very long time,” Robinson said. “I believe that experiencing this journey and learning more about this horrible activity will give me a better understanding of that past, and also help me to better understand the events of August 11 and 12.”

Anne Lassere, an apprentice carpenter in UVA’s Facilities Management department, also saw the trip as a way to better understand the history and impact of last summer’s violence.

“I want to learn all of the truth about our American history of racial terror, which includes a long past filled with lynching, constant threats and basic opportunities made unavailable to those whose skin was not white,” she said. “This is not just a historical issue. White supremacy is ongoing. The violent rallies of last summer revealed that the legacy of racial terror is still very much alive.”

Lassere, who called the trip a “once-in-a-lifetime opportunity,” also hoped it would help her to understand and fight against discrimination in her industry.

“In the trades, it’s no secret that discrimination is a daily challenge,” the carpenter said. “We need more respect for diversity. I hope that by learning about African-American history and experiences, I’ll be able to speak more intelligently and take better action to promote a respectful work environment.”

Miller-Bryant, too, is eager to bring lessons learned back to her work at UVA, where among other projects she teaches a “Front Lines of Social Change” course and helps manage the Young Women Leaders Program at the Women’s Center.

“I want to share with my own children as well as my UVA students what I’ve learned and the connections I hope to make,” she said. “I hope this trip will give me more knowledge to help them understand how to be social change agents in the world we are living in now.”

Frank Dukes, a professor in the School of Architecture and a member of Charlottesville’s Blue Ribbon Commission on Race, Monuments and Public Spaces, said studying the history of lynching, both locally and nationally, is an important way to prevent future violence and inequity.

“There is a set of stories that has not been told about the level of endemic violence against African-Americans, both within the country and within our area,” Dukes said.

One man’s long-untold story is now a central part of the trip. According to research by historian Jane Smith, another member of the Blue Ribbon Commission, John Henry James was lynched on his way to a courtroom, where he faced charges of assaulting a white woman, Julia Hotopp. A mob overwhelmed his two-man police escort, pulled James from a train and hung him near what is now Farmington Country Club. He was also shot numerous times as he hung from the tree.

“Somehow this story disappeared, even though we believe there were over 100 people there and dozens of shots fired at the body,” Dukes said. “Shame and fear caused people to stop talking about it.”

Talking about it, Schmidt said, is critical.

“The suppression of memory is part and parcel of white supremacy,” she said. “This trip is a reminder that communities can engage in this process of facing up to the past, expose it to air and light and retell history in a more inclusive way.”