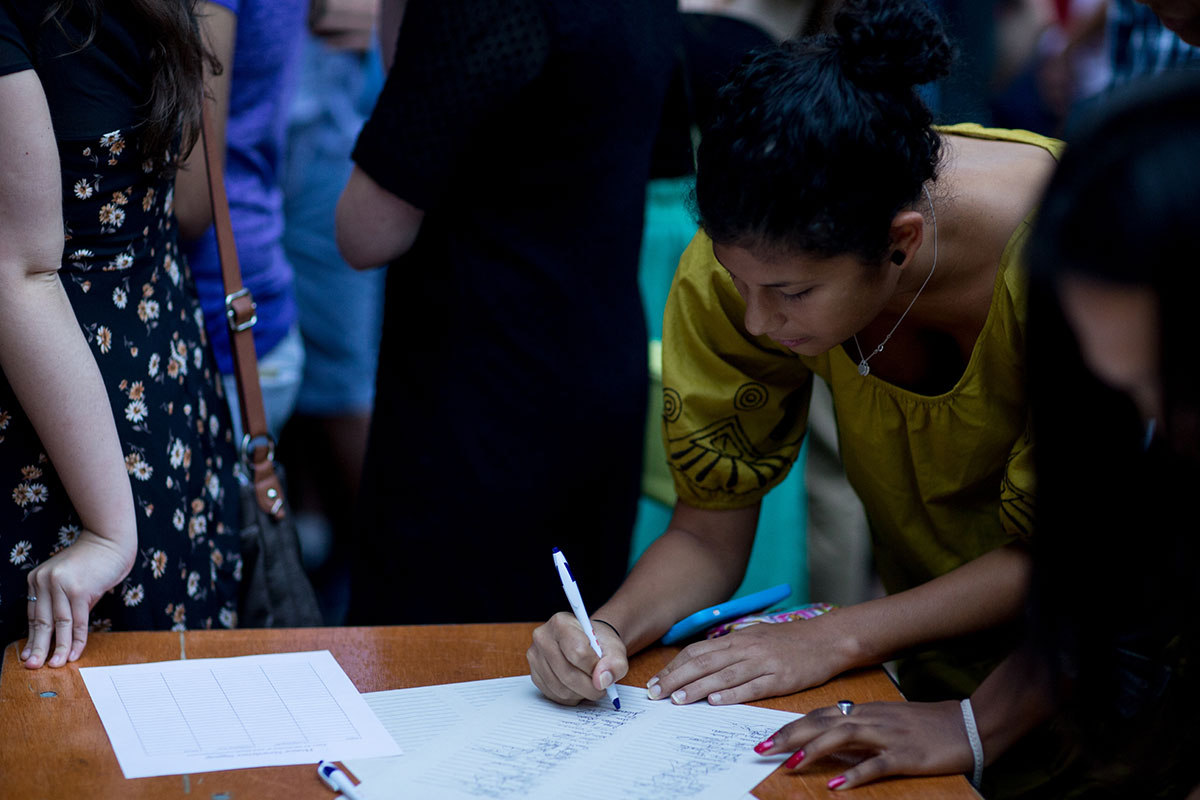 Last week, University of Virginia students chose between the current single-sanction honor system and consideration of a multiple-sanction system. After several weeks of robust debate and a week of voting, students narrowly elected to preserve the single-sanction policy, which expels all students convicted of an honor offense.

A change in the sanction requires a 60 percent super-majority to pass; an option to institute a multiple-sanction system fell just short, with 58.9 percent of students voting in favor. There were 7,553 votes cast on the issue.

UVA is home to one of the oldest single-sanction honor systems in the country. Currently, there are two exceptions to the single-sanction rule. “Conscientious Retractions” allow students to admit an honor offense before it comes under suspicion and thereby avoid expulsion. “Informed Retractions,” established in 2013, allow accused students to take responsibility for their offense before their case proceeds to a hearing. These students face a two-semester suspension.

During a weeklong online voting process that concluded Thursday afternoon, students voted on two proposals. The first asked students to chose between the existing single-sanction system and consideration of a multiple-sanction system.

Students did approve a second proposal addressing how the Honor Committee must respond to student polls. That proposal altered an amendment passed last year that requires the Honor Committee to propose binding constitutional amendments in response to non-binding student polls. With the passage of Proposal Two – which received a 67.3 percent affirmative vote – the committee will still be required to respond to student polls within one year, but can enact responses other than constitutional amendments, such as changing committee bylaws.

Last week’s vote, like the honor system itself, was entirely student-run, in keeping with UVA’s strong tradition of student self-governance. Ahead of the voting, Honor Committee members worked to educate students on the implications of each proposal, and students on both sides of the issue made their case in debates, panel discussions and op-eds.

“The Honor Committee will continue to seek student opinion and work to best serve and represent the UVA community,” Faith Lyons, chair of the honor committee, wrote in an email.

What’s Next for UVA’s Class of 2022? END_OF_DOCUMENT_TOKEN_TO_BE_REPLACED