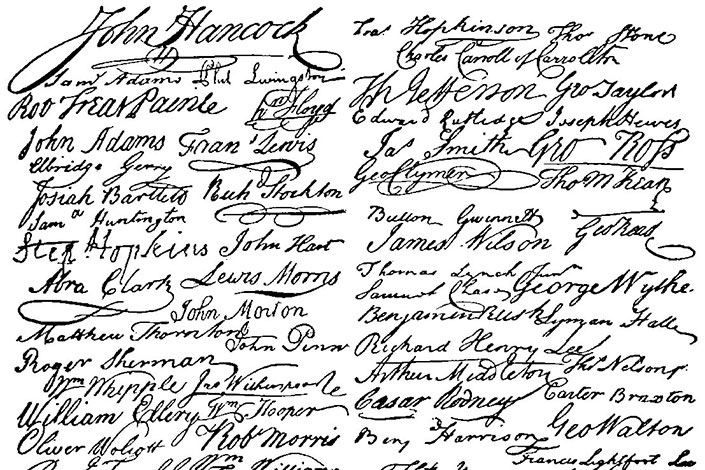 These days, you don’t even have to live in Estonia to open a business there; a new program lets people purchase e-signatures that enable them to open bank accounts and run a domestic business without being physically present.

But according to new University of Virginia research, people may not have the same trust in such businesses as they would others. A new paper finds that people are much more likely to discount the validity of an e-signature than a hand-signed document.

“Although e-signatures provide greater efficiency and convenience, they just seem a bit inauthentic,” said Eileen Chou, an assistant professor in U.Va.’s Frank Batten School of Leadership and Public Policy. “The document just feels different to me when it contains a hand signature,” she said, which is why she has always signed her documents – whether mortgage applications or recommendation letters – by hand.

In today’s world, where e-signatures are rapidly gaining popularity, Chou wanted to see how others responded to the practice. Across four studies, published Tuesday in Social Psychological and Personality Science, she found that although people judged e-signatures to be functionally the same as hand signatures, they evoked strikingly different psychological reactions.

In one study, Chou randomly assigned participants to review a document that either was signed by hand or electronically. They then evaluated the document’s validity and indicated how strongly they perceived the signer’s presence as they examined the document. Importantly, she did not ask participants to pay special attention to how the documents were signed, and she controlled for people’s comfort level with technology.

“Yet, their overall reactions consistently demonstrated negativity toward documents containing e-signatures,” Chou said. “This shows our deeply rooted rejection of the technology as being equal to sentient beings.”

In another study, participants viewed documents with five different types of signatures – ranging from a checked box to a typed name to a computer-generated signature – and evaluated the signer’s presence and the likelihood that the contract would be breached. The results show that the signatures demonstrating the least personal characteristics evoked the smallest sense of the signer’s presence. And participants who viewed those signatures rated the corresponding contracts as more likely to be broken.

Software-generated signatures, such as those created using “DocuSign,” were not as symbolically representative of the signer as traditional hand signatures, but outperformed the other types of common e-signatures. “This finding highlights the importance of signatures to possess personalized characteristics to evoke a sense of signers’ presence.”

Chou is now exploring the impact that e-signatures have on the signers themselves – seeing how they behave after signing electronically instead of by hand. She also wants to test whether e-signatures save as much time as most people think they do.

In the meantime, the work, she said, should serve as a cautionary tale for the public and private sectors. “We need to stop and think about how technological advances might be pushing the boundary of social cognition and perception.” There is a lag between the ease at which we adapt to the technological advancements behaviorally, she said, and how we react to them psychologically.

“As time progresses, the lag between people’s usage of and their fundamental reaction to e-signatures might shrink,” Chou said. “Yet, since technology advancement shows no sign of slowing down, it remains to be seen how people will react to the next generation of e-signatures.”

Do You Know the History of Your Favorite Corner Spots? END_OF_DOCUMENT_TOKEN_TO_BE_REPLACED

Netflix to Add Ads. Why This Could Be a ‘Game-Changer’ for Your Viewing Experience END_OF_DOCUMENT_TOKEN_TO_BE_REPLACED

What’s Next for UVA’s Class of 2022? END_OF_DOCUMENT_TOKEN_TO_BE_REPLACED