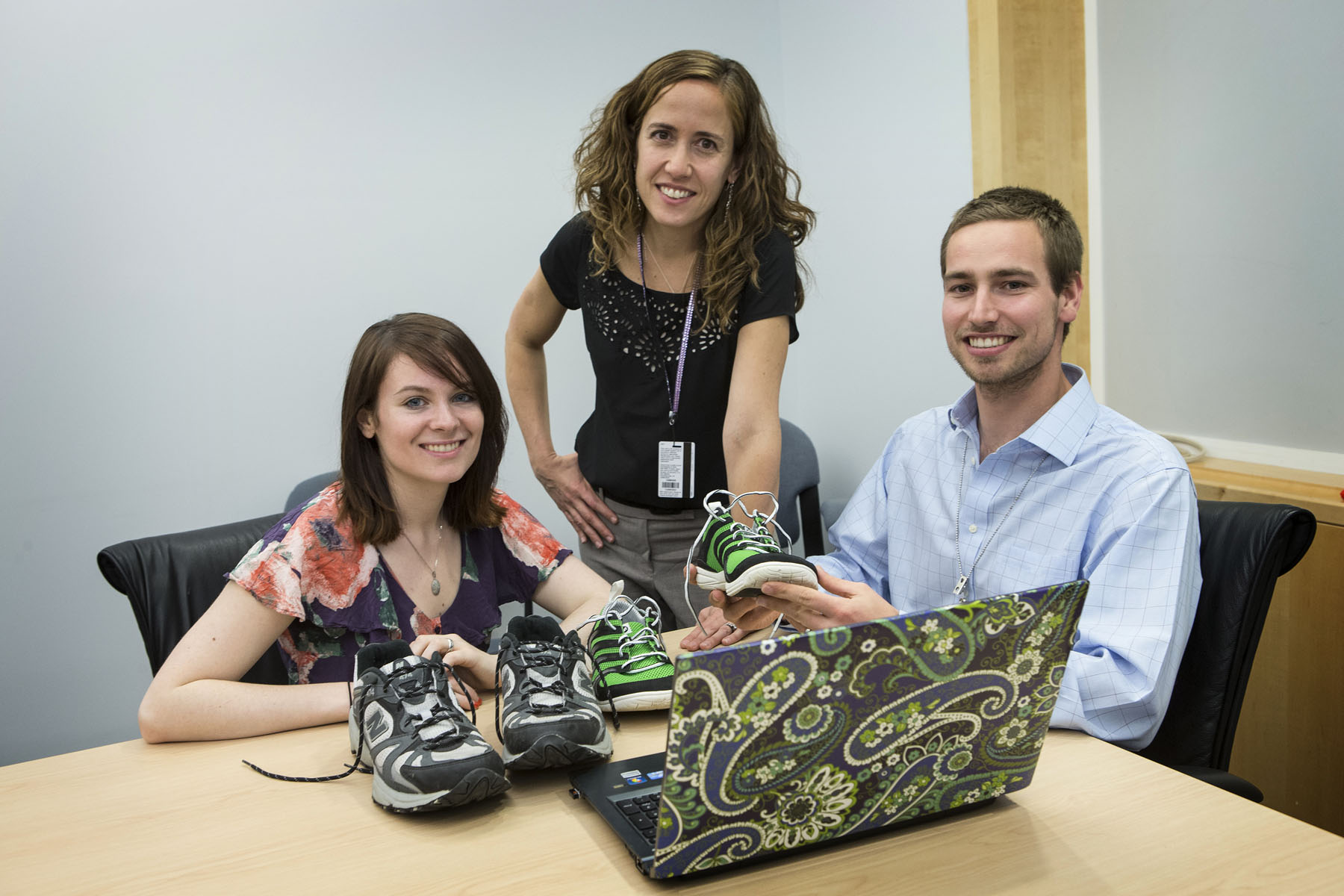 For tens of thousands of years, humans ran on bare feet. Then we developed an assortment of specialized shoes, including – particularly since the 1960s – a seemingly limitless variety of running shoes. Despite the perceived advantages of foot protection, some runners in recent years have returned to barefoot running, believing it is a more natural way to run and therefore less injurious to the feet and legs.

As a result, several shoe manufacturers have produced specialized “minimalist” shoes to accommodate this, such as the Vibram FiveFingers shoes. Such shoes allow a runner to imitate barefoot running while providing some sole and toe protection. The design allows the feet and toes to spread out and conform to the terrain with each step, rather than being boxed in and stabilized by a contoured and cushioned shoe design.

But, exactly, how do the muscles change when adapting to a new running style?

That is the question researchers at the University of Virginia are asking in a new one-of-a-kind study of runners who are transitioning from shoed running style to minimalist running.

“We want to know what happens to the muscles of the leg and foot when recreational runners make the switch to minimalist footwear,” said Geoffrey Handsfield, a U.Va. Ph.D. student in biomedical engineering who is leading the study. “Many minimalist shoe manufacturers make claims that their shoes will lead to strengthening the muscles of the calf and feet while avoiding common running injuries. However, there is little scientific evidence supporting these claims.”

The researchers aim to find out exactly which muscles get bigger or weaken, which elongate or shorten, and if some muscles do not change.

“Most studies and discussions have been about running form and the effects on bones and joints, but we’re taking a different approach,” Handsfield said. “We think it’s relevant to look at the muscles’ adaptations, which also affect the bones and joints in their interactions.”

He said this is among the first longitudinal studies of runners switching to a new running technique and using a minimalist shoe, and the first to use advanced imaging to study the effects on muscles of different running techniques.

“Dynamic MRI allows us to image the tissue very rapidly so that we can observe displacements of the muscle tissue as our subject performs a controlled cyclic exercise,” Handsfield said. “We're also using static MRI to determine the subjects’ muscle volumes and lengths before and after their transition to minimalist footwear, allowing us to quantify how their muscles changed with minimalist training.”

The researchers are not attempting to prove one running style is better than the other; rather they are interested in the affects of the change on muscles. The eventual results could help runners make their own decisions regarding footwear and running styles.

“Shoe companies are generally not equipped to undergo fundamental studies aimed at understanding how shoe designs affect muscles,” Blemker said. “At a university, we are able to focus on this type of research that ultimately both advances our fundamental understanding of muscle adaptation and potentially provides a scientific basis for future shoe designs.”

The researchers have completed the first phase of their study – mapping the muscles of study participants who run in standard running footwear. They are about to begin the second phase, which will map changes to the muscles as those runners transition to minimalist footwear. The runners are 23- to 30-year-old recreational runners who run 12 to 30 miles per week.

The research is funded by a U.Va. “Double ’Hoo” grant that pairs graduate and undergraduate students (Handsfield and Powers) on research projects, and by a gift from the Merrell shoe company, which manufactures minimalist footwear.

The technology used in the study was developed under a project funded by the U.Va.-Coulter Translational Research Partnership. The same technology has also been applied to studying muscles in children with cerebral palsy, adults with knee pain and elite and collegiate athletes.