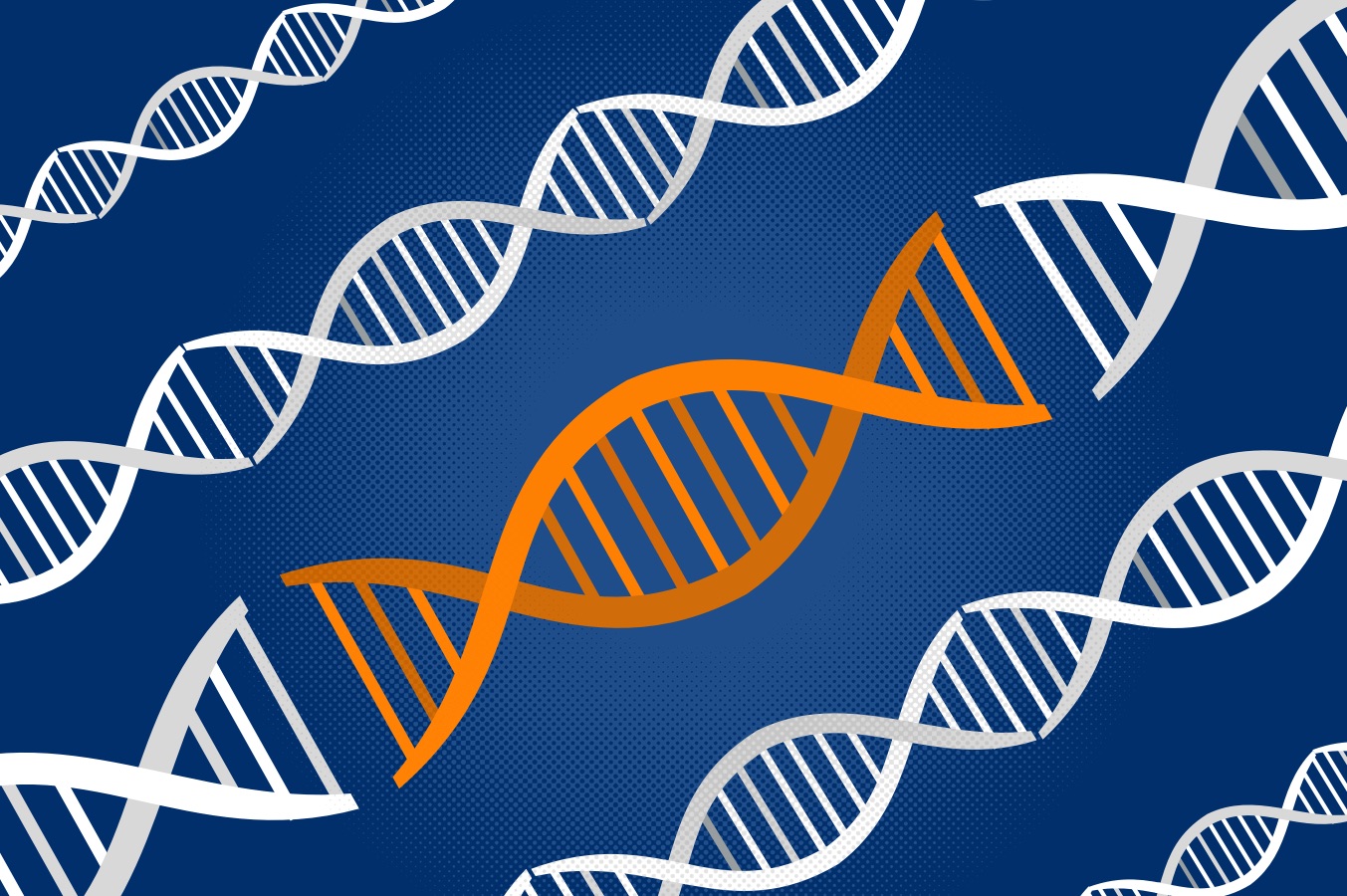 For Mazhar Adli, the little glowing dots dancing about on the computer screen are nothing less than the fulfillment of a dream. Those fluorescent dots, moving in real time, are set to illuminate our understanding of the human genome, cancer and other genetic diseases in a way never before possible.

Adli, of the University of Virginia School of Medicine’s Department of Biochemistry and Molecular Genetics, has developed a way to track genes inside living cells. He can set them aglow and watch them move in three dimensions, allowing him to map their positions, much like star charts record the shifting heavens above. And just as the moon influences the tides, the position of genes influences the effects they have; thus, 3-D maps of gene locations could lead scientists to a vastly more sophisticated appreciation of how our genes work and interact – and how they affect our health.

“This has been a dream for a long time,” Adli said. “We are able to image basically any region in the genome that we want, in real time, in living cells. It works beautifully. … With the traditional method, which is the gold standard, basically you will never be able to get this kind of data, because you have to kill the cells to get the imaging. But here we are doing it in live cells and in real time.”

DNA is often depicted as tidy strands stretched out in straight lines. But in reality, our DNA is clumped up inside the nuclei of our cells like cooked spaghetti. “We have two meters of DNA folded into a nucleus that is so tiny that 10,000 of them will fit onto the tip of a needle,” Adli explained. “We know that DNA is not linear, but forms these loops, these large, three-dimensional loops. We want to basically image those kind of interactions and get an idea of how the genome is organized in three-dimensional space, because that’s functionally important. 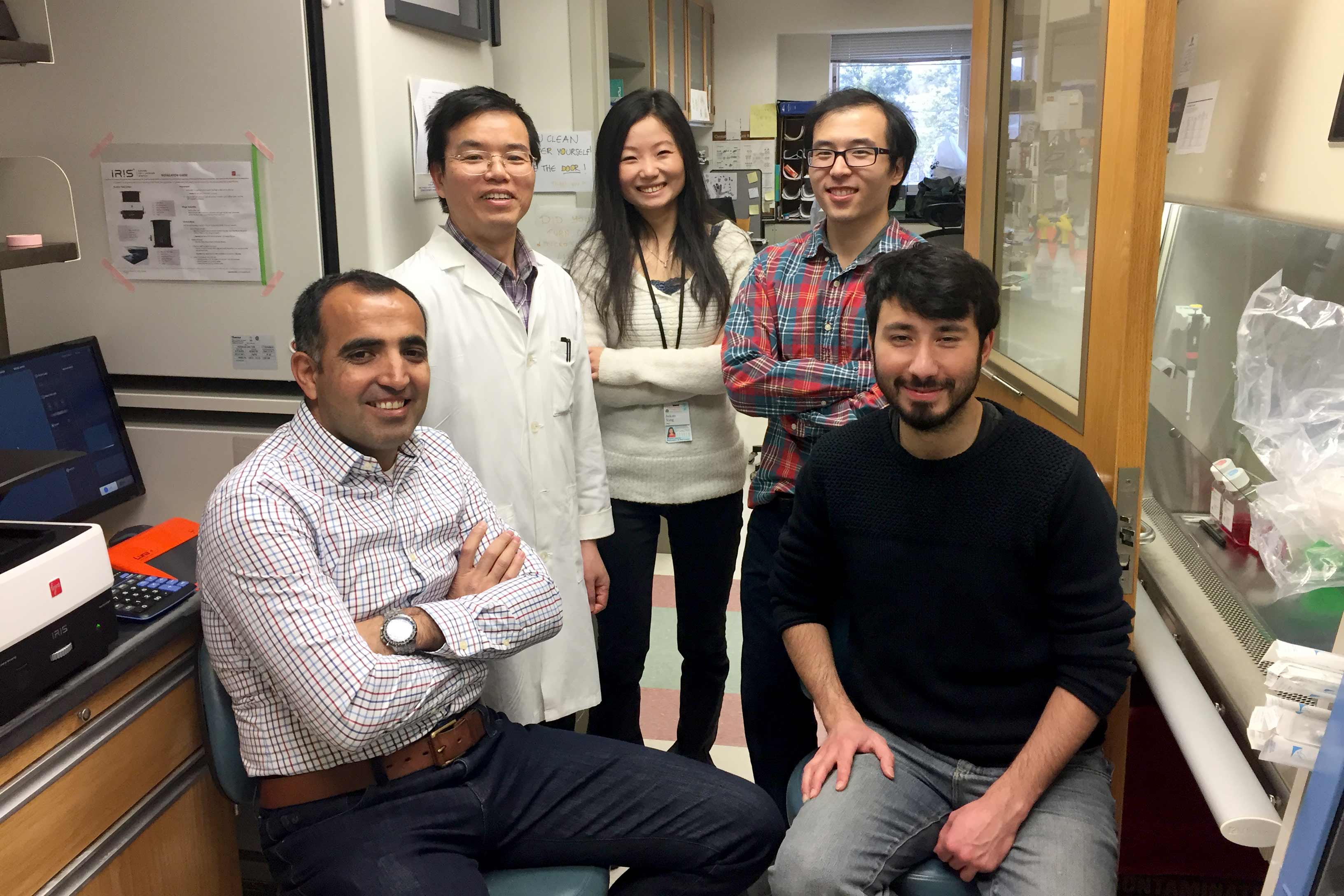 Thinking about DNA as a neat line, he noted, can create misconceptions about gene interactions. Two genes that are far apart in a linear diagram may actually be quite close when folded up inside the cell’s nucleus, and that can affect what they do. He used a map analogy: “That’s how we believe an element that appears to be in Los Angeles is regulating an element in Virginia – [when the DNA is folded up,] they’re not actually that far apart.”

Adli’s new approach, developed in conjunction with colleagues at UVA and the University of California, Berkeley, uses the CRISPR gene editing system that has proved a sensation in the science world. The researchers flag specific genomic regions with fluorescent proteins and then use CRISPR to do chromosome imaging. If they want, they can then use CRISPR to turn genes on and off, using the imaging approach to see what happens.

The new method overcomes longstanding limitations of gene imaging. “We were told we would never be able to do this,” Adli said. “There are some approaches that let you look at three-dimensional organization. But you do that experiment on hundreds of millions of cells, and you have to kill them to do it. Here, we can look at the single-cell level, and the cell is still alive, and we can take movies of what’s happening inside.”

The business of growing cells just to kill them is both time-consuming and a poor way to figure out what was happening with the DNA inside them, he said. It is like trying to figure out the rules of football by looking at blurry pictures of a game. Adli’s new approach, on the other hand, lets him sit back and watch the plays unfold in real time. “It’s a super-exciting thing to be able to do,” he said.

Adli and his team have described their new method in an article in the scientific journal Nature Communications, making it available to scientists around the world. The paper’s authors are Peiwu Qin, Mahmut Parlak, Cem Kuscu, Jigar Bandaria, Mustafa Mir, Karol Szlachta, Ritambhara Singh, Xavier Darzacq, Ahmet Yildiz and Adli.

The work was supported by the V Foundation for Cancer Research; the UVA Cancer Center; the National Institutes of Health, grants U54-DK107980, U01-EB021236 and GM094522; the National Science Foundation; and the California Institute for Regenerative Medicine.

Monkeypox Is Spreading, But University’s Risk Believed To Be Low END_OF_DOCUMENT_TOKEN_TO_BE_REPLACED

Q&A: Assessing the Risks and Rewards of Pelosi’s Plan to Visit Taiwan END_OF_DOCUMENT_TOKEN_TO_BE_REPLACED

These Giant Wind Turbines, Inspired by Palm Trees, May Be the Future of Renewable Energy END_OF_DOCUMENT_TOKEN_TO_BE_REPLACED