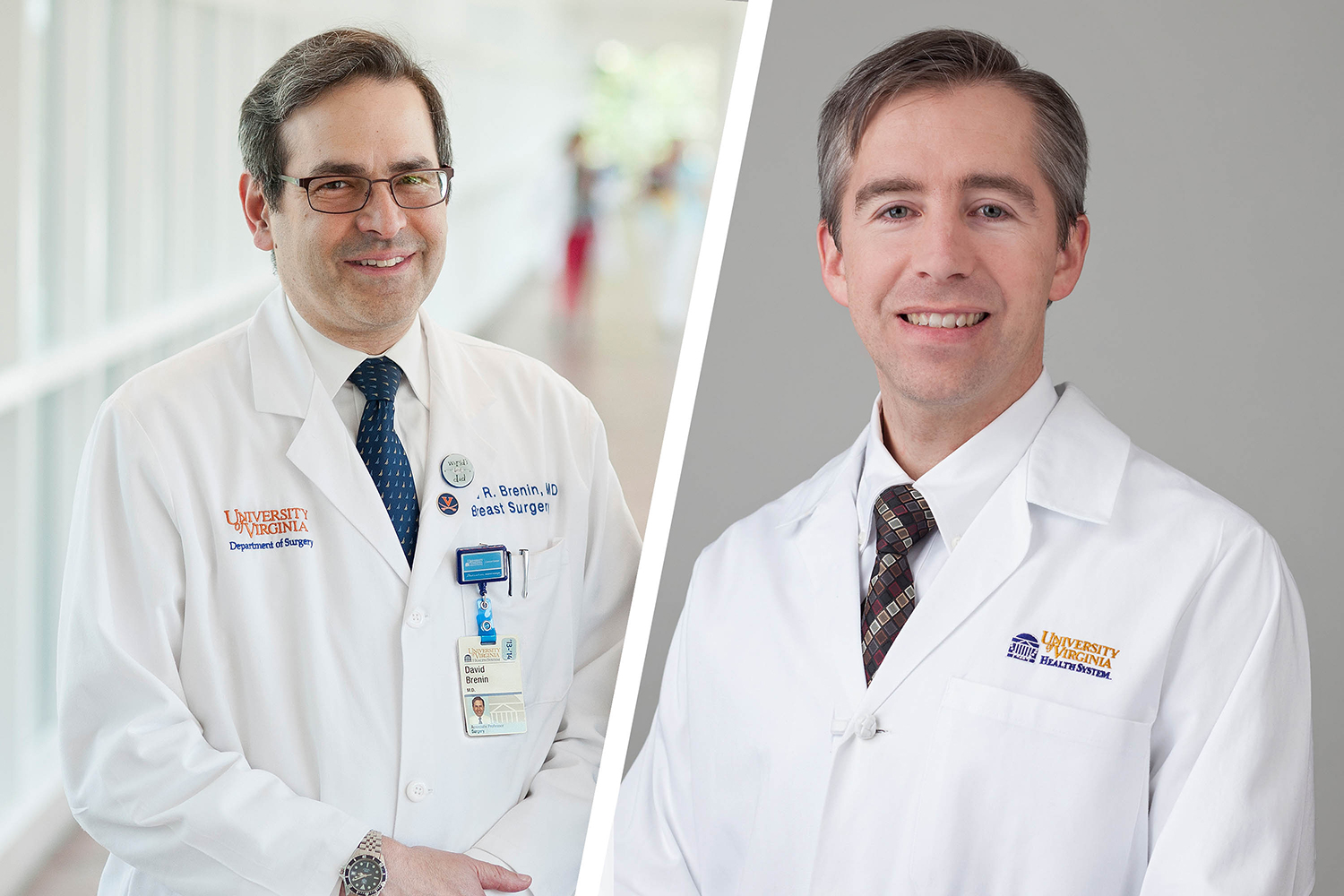 In its latest pioneering effort to harness the power of focused ultrasound to battle disease, the University of Virginia Health System is examining the scalpel-free surgery’s potential to enable the body to identify and destroy metastatic breast cancer cells.

UVA Cancer Center researchers Dr. Patrick Dillon and Dr. David Brenin have launched a clinical trial evaluating the safety and effectiveness of a two-pronged experimental approach to combatting breast cancer that has spread to other parts of the body. The researchers use focused ultrasound to destroy a portion of the primary tumor, with the goal of prompting an immune response. Study participants receive the immunotherapy drug pembrolizumab in the hopes it will prevent the cancer cells from blocking that immune response. This may allow the patient’s immune system to recognize and kill the cancer cells.

“The hope,” Brenin said, “is to leverage the combination of both treatments to gain a greater immune response than we would have individually.”

Previous studies have suggested that focused ultrasound, on its own, initiates an immune reaction inside the body, Dillon explained. The trial is essentially using it to flag the cancer cells – which are normally invisible to the immune system – so that the body’s white blood cells can recognize them as a danger.

The trial is believed to be the first to pair focused ultrasound with immunotherapy, Dillon noted. “We are looking at the safety and feasibility [of the combination], and also looking to see if we receive a response beyond the treated tumor in the breast,” he said.

The researchers plan to test the combo in a total of 15 women, ages 18 and older, who have received at least one form of treatment for their metastatic cancer. There are other eligibility requirements as well. Participants will be randomized to receive the drug, known commercially as Keytruda, either before or after the focused ultrasound procedure. (Keytruda is not approved for the treatment of breast cancer; it’s considered experimental for the purposes of the trial.)

The researchers expect it will take a year to 14 months to complete their testing. They will then evaluate their results and publish their findings in a scientific journal. If their initial test is successful, a larger trial would be conducted to further evaluate the safety and effectiveness of the combination procedure.

The trial is the latest in UVA’s efforts to explore the potential of focused ultrasound. UVA’s Dr. Jeff Elias pioneered the use of the technology for the treatment of essential tremor, the most common movement disorder, and the Food and Drug Administration has since approved focused ultrasound for that purpose. At the end of October, Elias unveiled the results of a small initial trial examining its potential for managing tremor caused by tremor-dominant Parkinson’s disease. That study concluded a larger trial is warranted. Other researchers are evaluating the technology for additional applications as well.

“The most exciting part of our job,” Dillon said, “is to be able to participate in research that will impact patient lives and potentially alter their cancer journey in, hopefully, a positive way.”

The ultrasound technology focuses sound waves inside the body to create a small but concentrated spot of heat, much like a magnifying glass can focus sunlight. Doctors can use that heat to destroy unwanted tissue in a process called “ablation.” Unlike traditional surgery, there is no need to cut into the body.

The trial is receiving financial support from the Focused Ultrasound Foundation and the Commonwealth of Virginia.

What Is Biotechnology? Where Is It Headed at UVA? END_OF_DOCUMENT_TOKEN_TO_BE_REPLACED