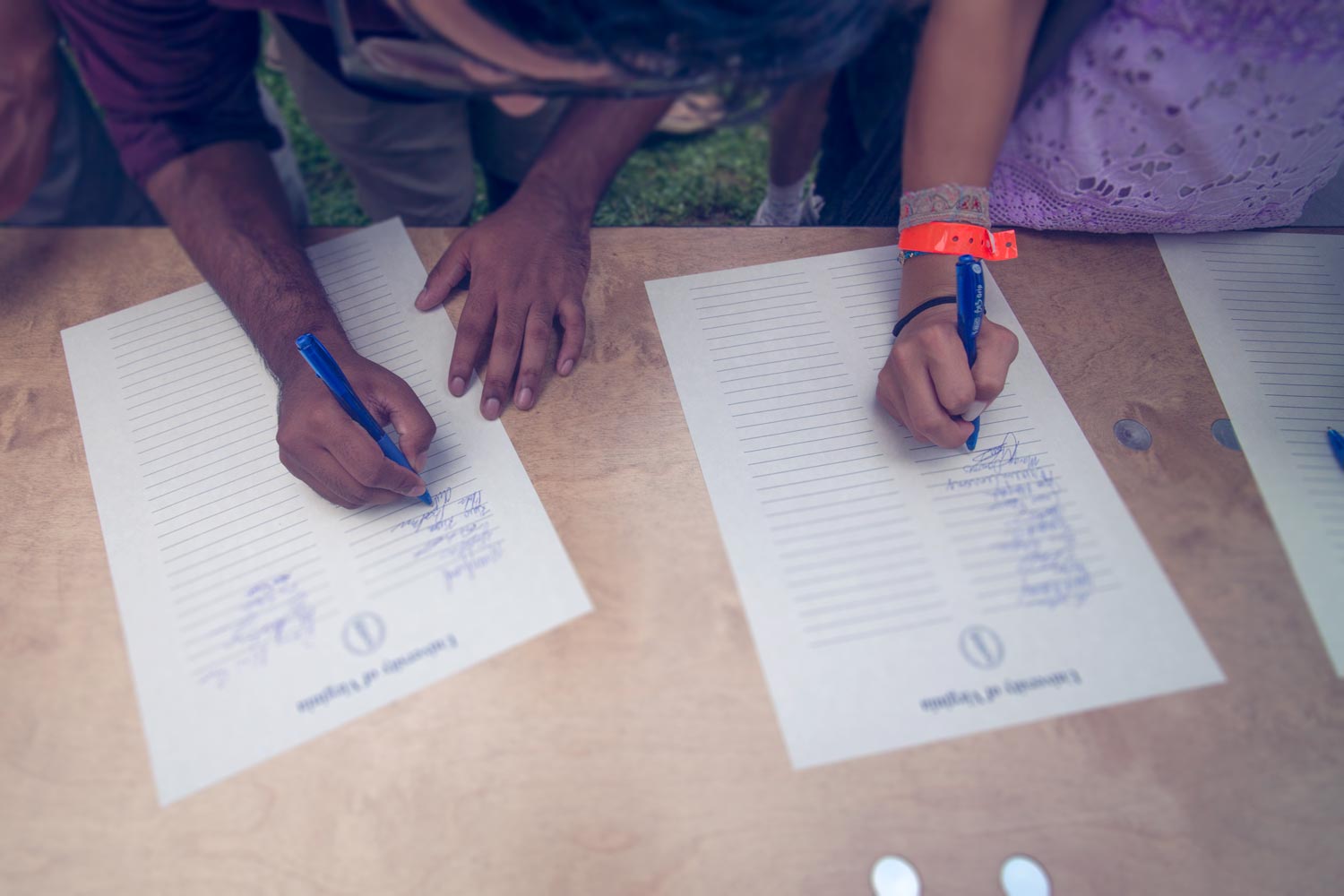 First-year students sign the University’s honor pledge. Preliminary results show that a record 37,188 students are vying for spots in the Class of 2022. (Photo by Sanjay Suchak, University Communications)

For the third straight year, a record number of applicants – including the most-ever minority and first-generation college students – have applied for admission to the University of Virginia.

Unofficial totals as of Thursday morning showed there were 37,188 applicants, an increase of 1 percent above last year’s record pool.

Of those students, 11,739 were minorities, representing a 4 percent rise over last year; and 4,483 were first-generation college applicants, a 10 percent increase from 2017.

“This is an accomplished, talented, and richly diverse pool of applicants” Dean of Undergraduate Admissions Greg Roberts said. “We’re thrilled that so many students are interested in UVA and Charlottesville.”

Applicants’ mean combined scores on the SAT’s math and verbal sections was 1,383, up from 1,337 last year.

Fifty-three percent of applicants were women, which was on par with past years.

Residency numbers won’t be finalized until next week.

Meanwhile, the Office of Undergraduate Admission is finalizing its early-action decisions, which are expected to be released in late January.

Regular application decisions will be released by April 1. All students offered admission will have until May 1 to accept their offers.

The enrollment target for the fall’s first-year class is 3,725 students.

“Our admission team takes great pride in providing a careful, thoughtful, and personal evaluation of each and every application,” Roberts said. “Our challenge now is to select interesting and inspiring students who have the potential to shape this University for years to come.”