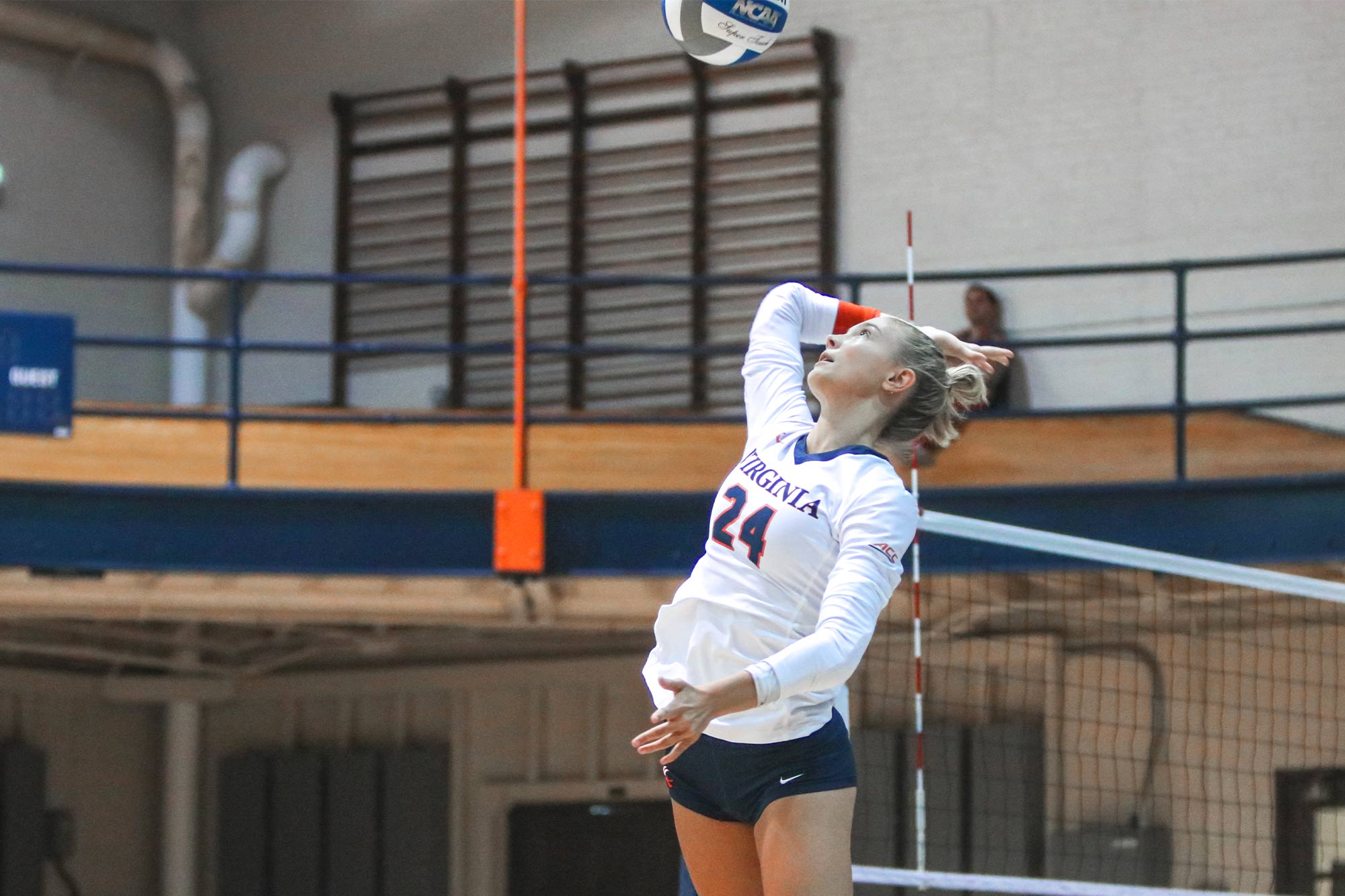 Madison Morey, a third-year volleyball player, has dreams of landing on ESPN as a sports anchor. But it was an acrobatic play at Mem Gym that got her noticed by the network. (Photo by UVA Athletics)

If there is one guiding principle that University of Virginia volleyball coach Shannon Wells drills into her athletes’ minds, it is the idea that there is no room for “token effort” on their team. No ball is considered “too hard” to get in the Cavalier gym, and team members should make all plays using their maximum effort.

That work ethic was on full display in third-year libero Madison Morey during Virginia’s home-court face-off with Charlotte on Sept. 10. One of Morey’s remarkable efforts landed on ESPN SportsCenter’s Top 10 Plays segment.

MADISON MOREY, ARE YOU 🤬 KIDDING ME⁉️

Our libero takes a one-handed swing and saves a point in the fifth!#SCTop10 pic.twitter.com/iHRRd194lW

The Cavaliers and 49ers were neck-and-neck during the fifth set, tied 8-8. Outside hitter GG Carvacho hit into Charlotte’s block, and the ball rebounded to the Hoos’ side. Setter Ashley Le reflexively got a hand on it, but the ball shot backwards. Outside hitter Grace Turner made the next contact, but the ball kept traveling in the wrong direction.

By the time Morey bounded into the play, the ball was heading off the back of the court and toward the stands, more than 30 feet from the net.

“The ball kind of went far out. I was like, ‘I need to get this ball for my team.’ And so I kind of sprung myself out and hoped that the ball would go over,” Morey said.

Morey broke into a full sprint, vaulted into a dive and stretched out every bit of her 5-foot-7-inch frame parallel to the floor. She swung at the ball in mid-air, with no idea where it might go.

What happened next has been seen on the team’s Twitter feed nearly 10,000 times, and thousands more times on ESPN. But Morey never saw the play’s end. She was too busy crashing to the floor in a heap.

“And then, all I heard was the crowd roar,” Morey said. “I looked up and all my teammates were running after me. I remember asking, ‘What happened?’”

The ball had sailed to the center of the court, clipped the top of the net, and trickled over for a point.

“The way that she was going after that ball and still having the strength to pop that ball over her head … I get goosebumps thinking of it now,” Wells said.

Considering the sheer acrobatics of the hit, it is no surprise that her exceptional play landed on ESPN which, coincidentally, is where the media studies major wants to land.

“I actually want to be a sports anchor on SportsCenter one day, so that was kind of huge,” Morey said. “When I saw the [segment], it was super exciting. I mean, it’s just every kid’s dream.”

After briefly indulging in the glory, Morey is now redirecting her attention towards making improvements as the season progresses.

“Yeah, it was an amazing play and everything, but we still have business to do,” she said. “It’s still early in our season. I’m still going out there treating every practice as a chance to get 1% better each day.

“Hopefully, we have some other crazy plays like that, but I’m definitely just going to treat this as another week to get better, to grow as a team.”

How a Single Email Changed a Life END_OF_DOCUMENT_TOKEN_TO_BE_REPLACED

Fall Is in the Air on Grounds END_OF_DOCUMENT_TOKEN_TO_BE_REPLACED

At UVA, There Is a Club for Everyone END_OF_DOCUMENT_TOKEN_TO_BE_REPLACED 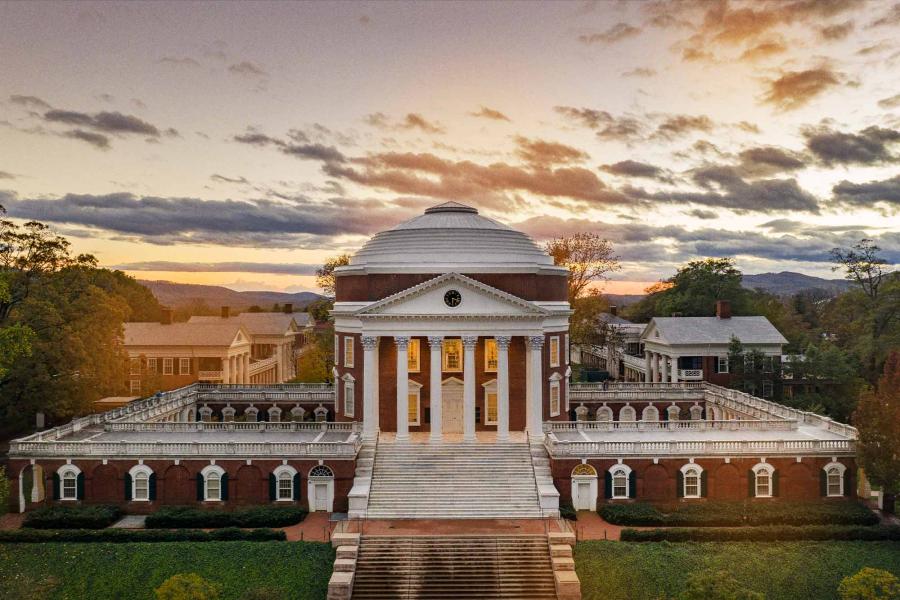 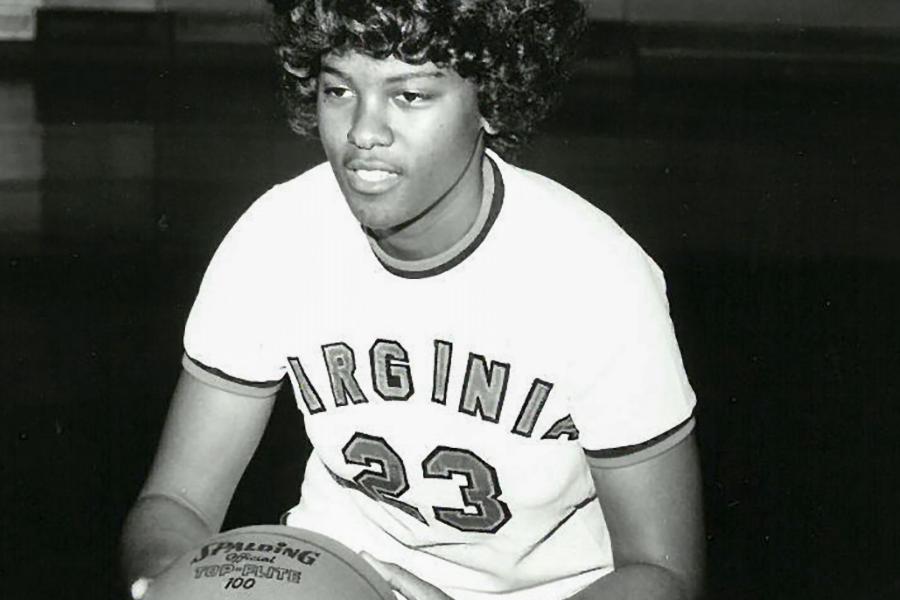 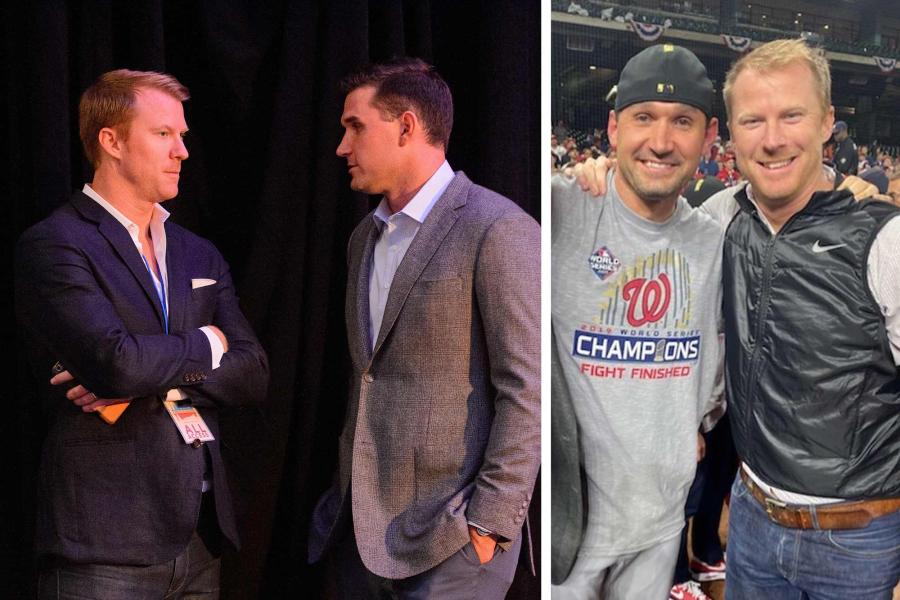 ‘They’re Brothers’: Meet the UVA Alum Who’s Always Been at Ryan Zimmerman’s Side