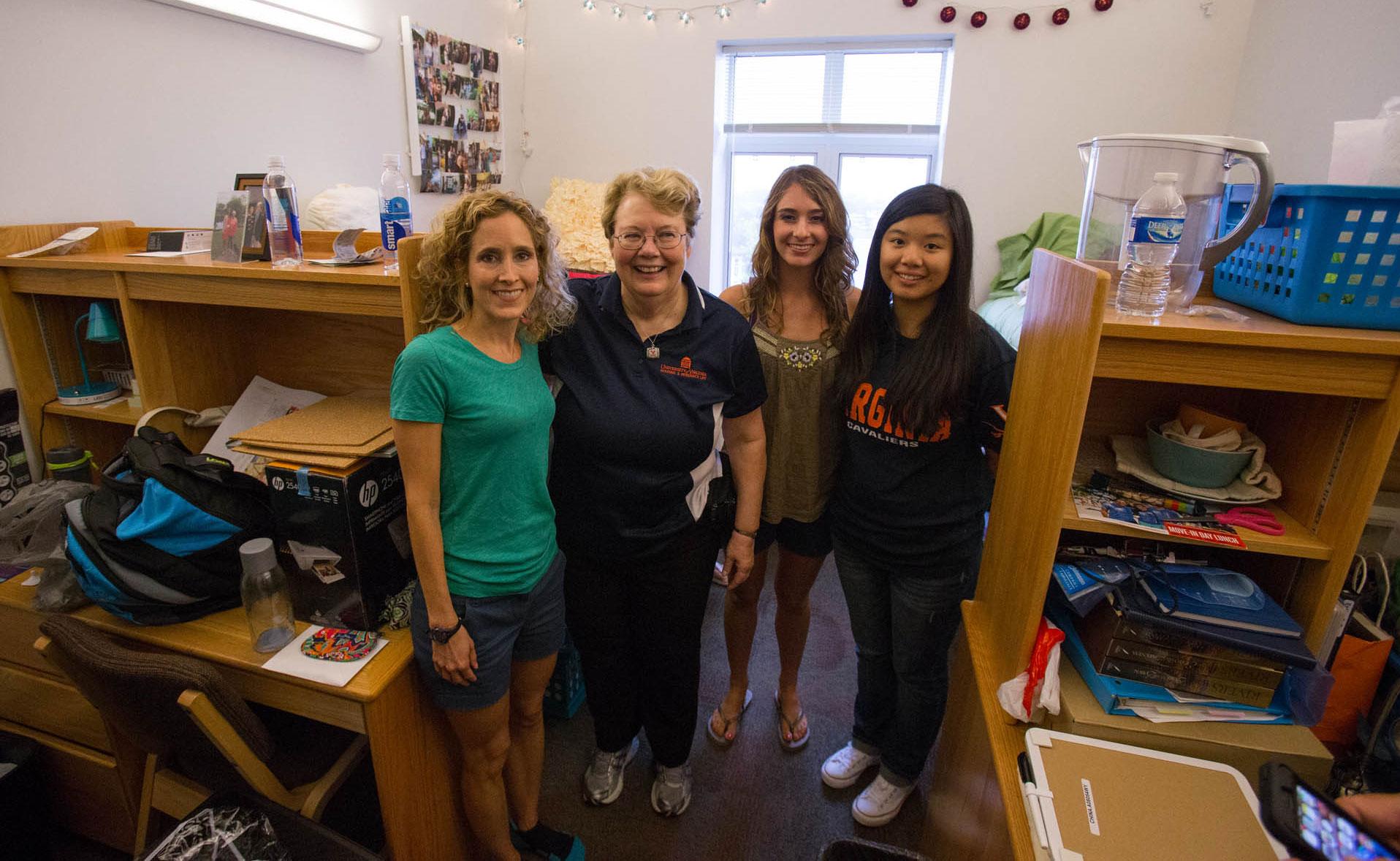 It’s been three months since the members of the University of Virginia’s Class of 2014 grabbed their diplomas, snapped one last selfie in front of the soon-to-be-closed Rotunda, crammed their belongings into rented trailers and headed off down the road, leaving a vacuum on Grounds.

Today, the University began receiving its annual infusion of new energy, as an expected 3,690 first-year students began unloading fleets of minivans and SUVs. The move-in wraps up Saturday, and after two more days of orientation, the largest class in U.Va. history will embark on its academic journey Tuesday, when the first classes of the 2014-15 academic term begin.

"Artists, scientists, linguists, architects - you name it, this class has it," U.Va. Dean of Admission Gregory W. Roberts said. "It’s exciting to welcome another group of new students to Grounds who come from diverse backgrounds and have so many interests and passions. They will shape the University for years to come."

The class is extremely diverse. Economically, 259 students have been identified as “low income” – thus qualifying for grants and loans covering their full tuition and fees under AccessUVa, the University’s financial aid program ­– the most since the height of the “Great Recession” in 2010, when 260 students qualified. Demographically, the numbers of students identifying themselves as African-American or partly African-American, Asian, Hispanic and multiracial are all up significantly from last year’s class; in total, 30.7 percent of the expected class come from minority backgrounds.

Academically, the new students’ qualifications are impressive: 89 percent ranked in the top 10 percent of their high school graduating classes; their mean scores on the SAT were 665 (of a possible 800) on the reading portion, 679 on the math portion and 665 on the optional writing section. Twenty-one students scored perfect 800s on both the reading and math sections, and six of those tacked on another 800 on the writing portion.

The in-state percentage of the incoming class increased from 65 to 67 percent this year.

The overall student enrollment is 70 percent in-state, thanks to transfer students, who are heavily Virginian. This year’s 660 incoming transfer students include 360 entering from the Virginia Community College System. Forty-five of the transfers are enrolling in the Bachelor of Interdisciplinary Studies degree-completion program offered by the School of Continuing and Professional Studies.

Female students again claimed the lion’s share of the first-year dorm space; 56 percent of the incoming class are women.

The first-year enrollment total, which stands at 3,690 as of this week (official census numbers will be recorded later this fall), is 173 more than last year’s entering class – part of the University’s long-planned enrollment growth.