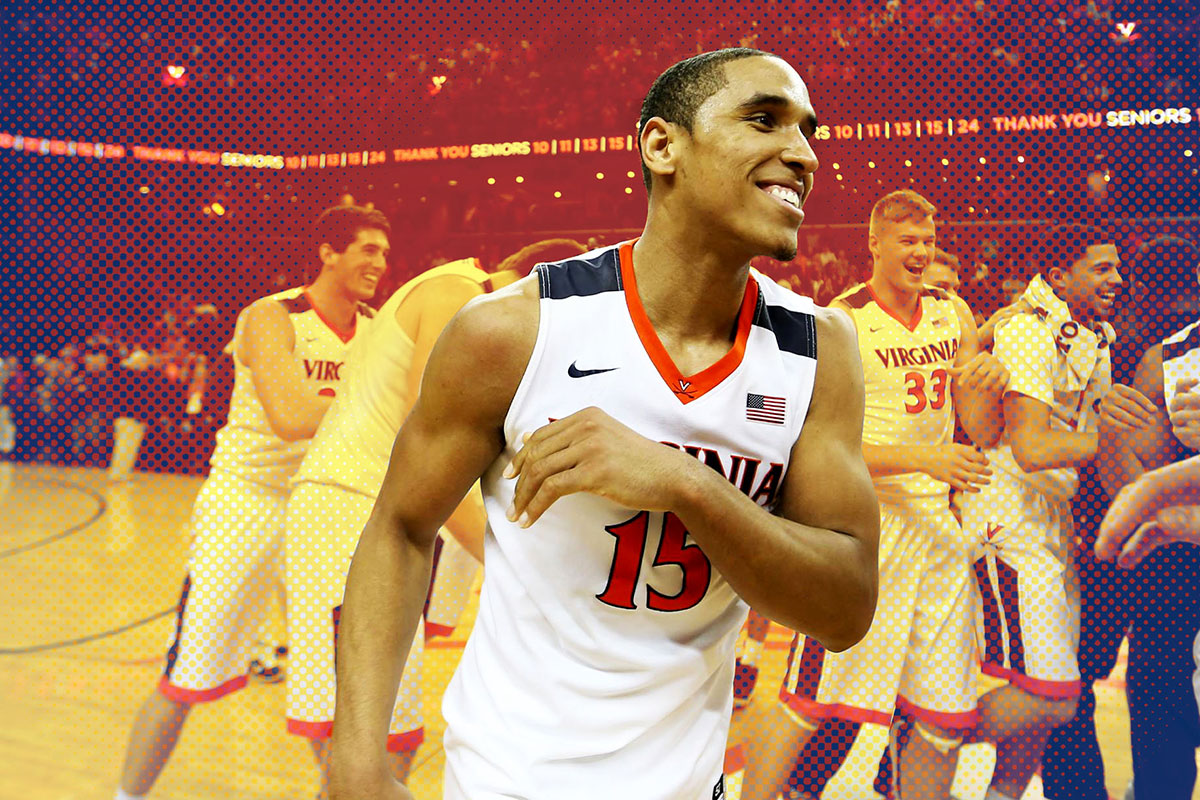 The trio helped lead the Cavaliers to a 24-6 record and a second-place finish in the conference, behind the University of North Carolina – which they defeated, 79-74, on Feb. 27 in their only meeting of the season.

On Saturday, UVA completed a perfect 15-0 season in games played at John Paul Jones Arena by whipping the University of Louisville, 68-48 before a joyous sellout crowd.

Brogdon has averaged a career-high 18.4 points, and his 19.9 points per game in ACC play was the highest at UVA since 2007-08. He ranks fourth in the ACC in scoring and has scored 20 points or more in 15 games this season. Brogdon has led UVA in scoring 20 times in 30 games and has earned a pair of ACC Player of the Week honors. He ranks 12th in career scoring at UVA with 1,687 points.

Brogdon spearheads UVA’s third-ranked defense, which yields 59.6 points per game – among the best in the country. Last season, he shared co-Defensive Player of the Year honors from the ACC coaches with former UVA forward Darion Atkins.

ACC Player of the Year

ACC Freshman of the Year

ACC Coach of the Year

ACC Defensive Player of the Year

ACC Most Improved Player of the Year

ACC Sixth Man of the Year