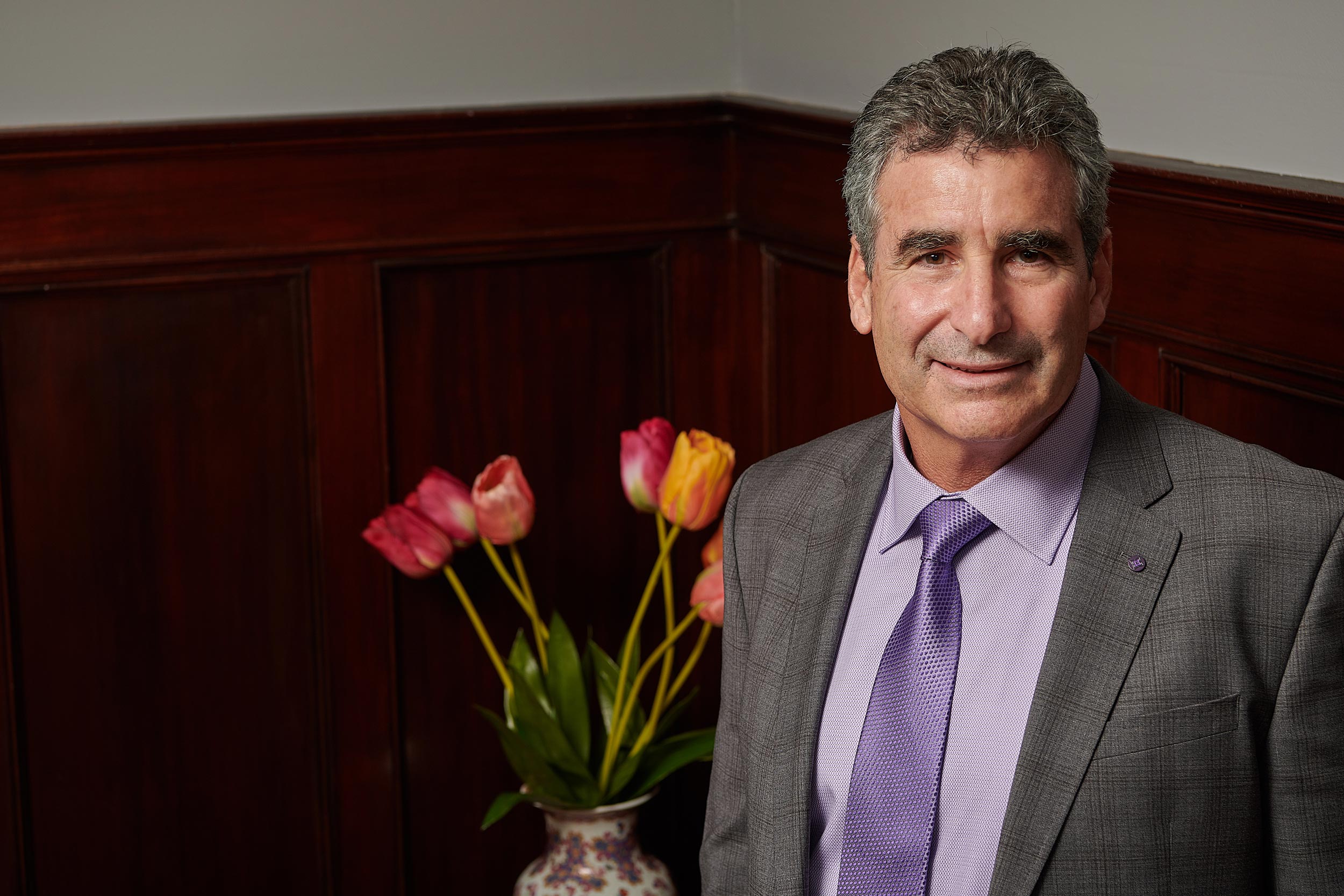 University of Virginia Executive Vice President and Provost Thomas C. Katsouleas has been named the next president of the University of Connecticut, officials in that state announced today. Katsouleas, who has served as UVA’s chief academic officer since 2015, will assume the top leadership post at UConn on August 1.

“Tom is clearly the right candidate at the right time to lead UConn forward, and we are delighted he has decided to come to Connecticut,” University of Connecticut Board of Trustees Chairman Thomas Kruger said Tuesday.

At UVA, Katsouleas has been responsible for overseeing the 11 schools of the University, the University Library, the art museum, three residential colleges, a number of University centers, public service activities and outreach, foreign study programs and the advancement of teaching, research and public service.

He has been an advocate for cross-disciplinary collaboration and played an integral role in advancing several pan-University institutes and initiatives, including the Brain Institute; Institute for the Dynamics of Health Development; Cyber Innovation and Society; the Initiative for the Study of Equity Through Community Engaged Scholarship; and the Data Science Institute, which will soon become UVA’s 12th school, an effort made possible in part by the largest gift in UVA’s 200-year history.

“I am proud of what has been accomplished at UVA through the efforts of so many wonderful people here,” Katsouleas said. “Particularly, I am excited about UVA’s momentum toward doubling research and scholarship, the advances in the hiring of diverse faculty and doctoral students, and initiatives to advance the environment and culture. And I look forward to seeing the continued rise of UVA under strong new leadership. I am grateful for the opportunity to work with President Sullivan and President Ryan, both outstanding role models, and for all the partnerships and friendships I have made here and the insights gained from them.”

“The University of Connecticut has made a fantastic choice, and I am excited for Tom as he takes on this next challenge,” UVA President Jim Ryan said. “For the past four years, Tom’s responsibilities have been both vast and varied, and he has handled them with grace and kindness. Tom has also been incredibly generous to me over the past year, and it has been a joy to work with and learn from him. I look forward to watching him make an even bigger difference in his new role.”

Ryan named M. Elizabeth “Liz” Magill as the University’s next executive vice president and provost last August, soon after he assumed the UVA presidency. Magill will assume the position of provost this summer.

UVA President Emerita Teresa A. Sullivan, who hired Katsouleas in 2015, praised UConn’s decision in naming him their next president.

“Tom combines a strong research and teaching background with a principled approach to administering higher education,” Sullivan said. “He is unafraid of challenges, whether they be intellectual or organizational. Having worked at a number of leading universities, including UVA, he is well positioned to offer a vision and strong leadership as president. I congratulate the University of Connecticut on their choice.”

In addition to serving as provost at UVA for the past three years, Katsouleas is the Robert C. Taylor Professor of Electrical and Computer Engineering and holds a courtesy appointment as professor of physics in the College and Graduate School of Arts & Sciences.

He earned his bachelor’s degree and Ph.D., both in physics, from UCLA.

What’s Next for UVA’s Class of 2022? END_OF_DOCUMENT_TOKEN_TO_BE_REPLACED