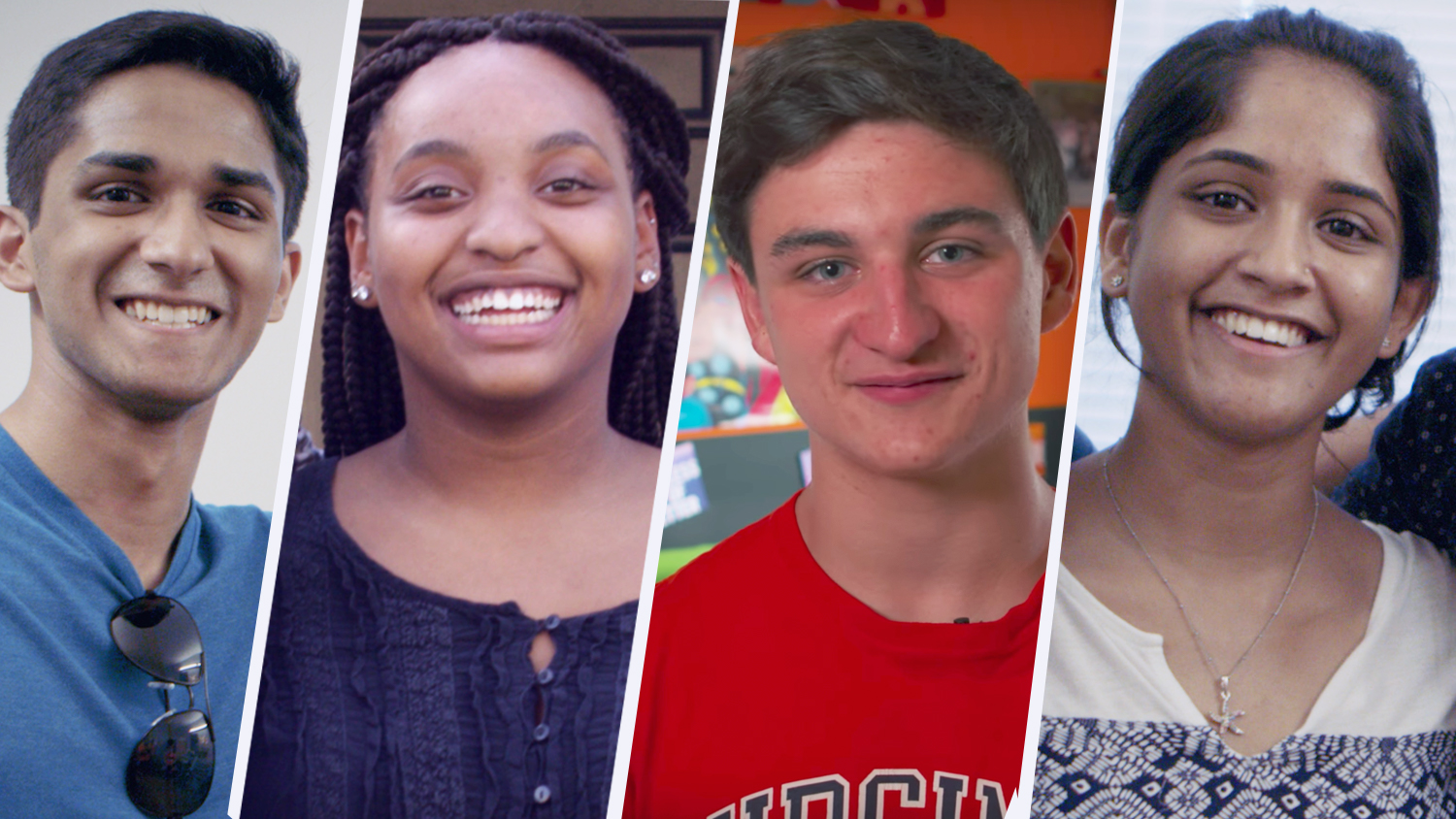 Leaving for college is a transformational experience in a young person’s life. One night, a student is home with family, in familiar surroundings. The next, they are part of a new community, living in a new place, often on their own for the first time.

Over the weekend, about 3,800 new members of the Class of 2021 arrived on Grounds. It’s an impressive class, and there are many images and stories from move-in. Below, meet four of these students and see what the experience was like as they moved from one world into another.

Briana Jacobs, of Virginia Beach, is a new member of the Nursing School, which she said offers the kind of hands-on experience she was looking for.

“Nurses have the opportunity to change lives,” she said. “I’m excited, but I’m nervous. I don’t really know how to feel.”

Twins Kurien and Elza Thomas of Fairfax Station had slightly different paths to the Class of 2021; Kurien was accepted as part of Early Action, but Elza didn’t find out until later. The first person she told was her brother.

“We kind of maximize the opportunities for each other, which is awesome,” she said. “That’s the way it’s been in high school, and I’m excited for it to be that way in college too. But at the same time we do want to live our independent lives.”

Preston Newland, of Ashburn, will join UVA’s Architecture School, pursuing an interest in machines and architectural design. He said a tour of Grounds made a big impression.

“When I walked up the steps to the A-School, I was like ‘That little window right there, that could be me.’ I could be sitting there.”

Meet the New Cavalier on Horseback: She’s Eager To ‘Carry On a Legacy’ END_OF_DOCUMENT_TOKEN_TO_BE_REPLACED

Housing Changes Are a Breath of Fresh, Cool Air – Especially for Lawnies END_OF_DOCUMENT_TOKEN_TO_BE_REPLACED

Virginia Football – For All Virginia END_OF_DOCUMENT_TOKEN_TO_BE_REPLACED