Virginia To Face Florida in Capital One Orange Bowl 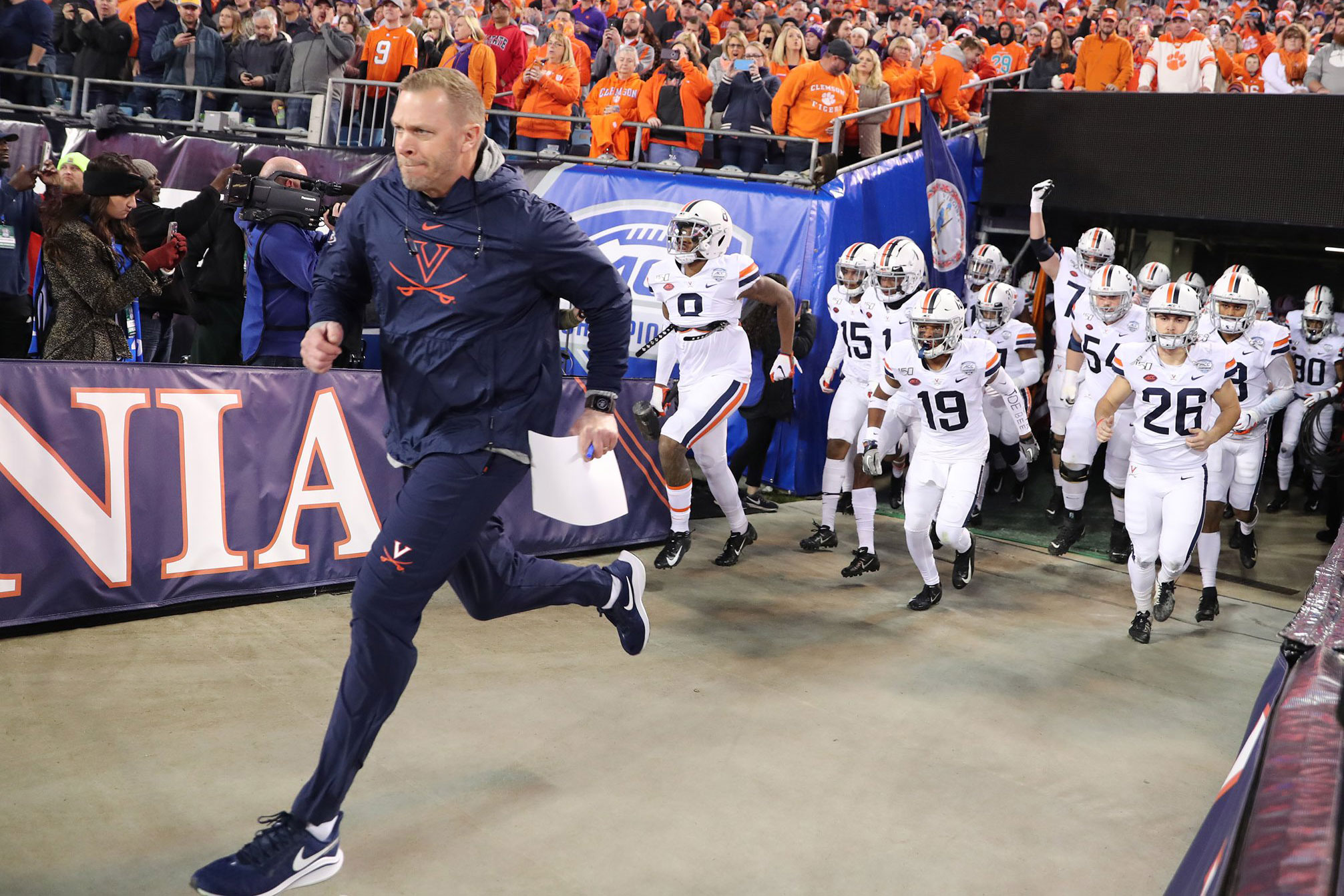 The University of Virginia football team has accepted an invitation to play the University of Florida from the Southeastern Conference in the 2019 Capital One Orange Bowl at Hard Rock Stadium in Miami Gardens, Florida. The game is scheduled to kick off on Monday, Dec. 30 at 8 p.m. and will be televised nationally by ESPN.

The game will mark Virginia’s first appearance in the Orange Bowl. The Cavaliers are 9-4 overall and the Atlantic Coast Conference Coastal Division champion. The Orange Bowl will mark UVA’s 21st bowl appearance and third consecutive under head coach Bronco Mendenhall, now in his fourth year. Florida is 10-2 and finished second in the Southeastern Conference’ East Division.

It comes after an exciting season that saw UVA take down rival Virginia Tech in Scott Stadium and face off with No. 3 Clemson University in the ACC Championship.

“We are excited to welcome the University of Virginia to the 86th Capital One Orange Bowl and a great matchup with Florida,” said Orange Bowl president and chair José Romano. “Congratulations to Coach Mendenhall and the entire Virginia football team on an outstanding season. Virginia is one of four ACC teams to have never played in our game, and we are looking forward to providing them with the world-class bowl experience that the Capital One Orange Bowl is known for.”

Virginia and Florida have only met one previous time when the Cavaliers visited then-No. 19 Florida on Oct. 3, 1959 at Ben Hill Griffin Stadium. The Gators were victorious, 55-10.

The Orange Bowl will mark the fourth bowl game Virginia will play at Hard Rock Stadium. The Cavaliers also played in two Carquest Bowls (1994, 1996) and one MicronPC Bowl (1999) at the venue.

Capital One Orange Bowl tickets in Virginia’s designated seating sections are on sale now at UVATix.com and open to all Cavalier fans, including Virginia Athletics Foundation donors, football season ticket holders, UVA students and the public. All fans are encouraged to purchase tickets now as seat locations are assigned at the time of purchase.

Tickets are $240 each for club and lower level seats and $110 each for upper level seats (plus an $8 fee per ticket). UVA student tickets are $50 each (plus an $8 fee per ticket). VAF donors and football season ticket holders receive access to premium seat locations based on VAF Priority Points by accessing their online account at UVATix.com. UVA students can access tickets by accessing their online account at UVAShots.com.

Both air and land-only travel packages to the Capital One Orange Bowl are available through Collegiate Athletic Travel (CAT). Charter air packages from the Charlottesville and Richmond airports are offered. There are two hotel options from which to choose for both the air and land packages. Visit UVAFanTravel.com for more information and to book your package. Game tickets are not included in the packages, but every fan who is part of a travel package will be guaranteed the opportunity to purchase a game ticket.

It’s Copperhead Season in Virginia. Here Is What You Need to Know END_OF_DOCUMENT_TOKEN_TO_BE_REPLACED

What’s Next for UVA’s Class of 2022? END_OF_DOCUMENT_TOKEN_TO_BE_REPLACED