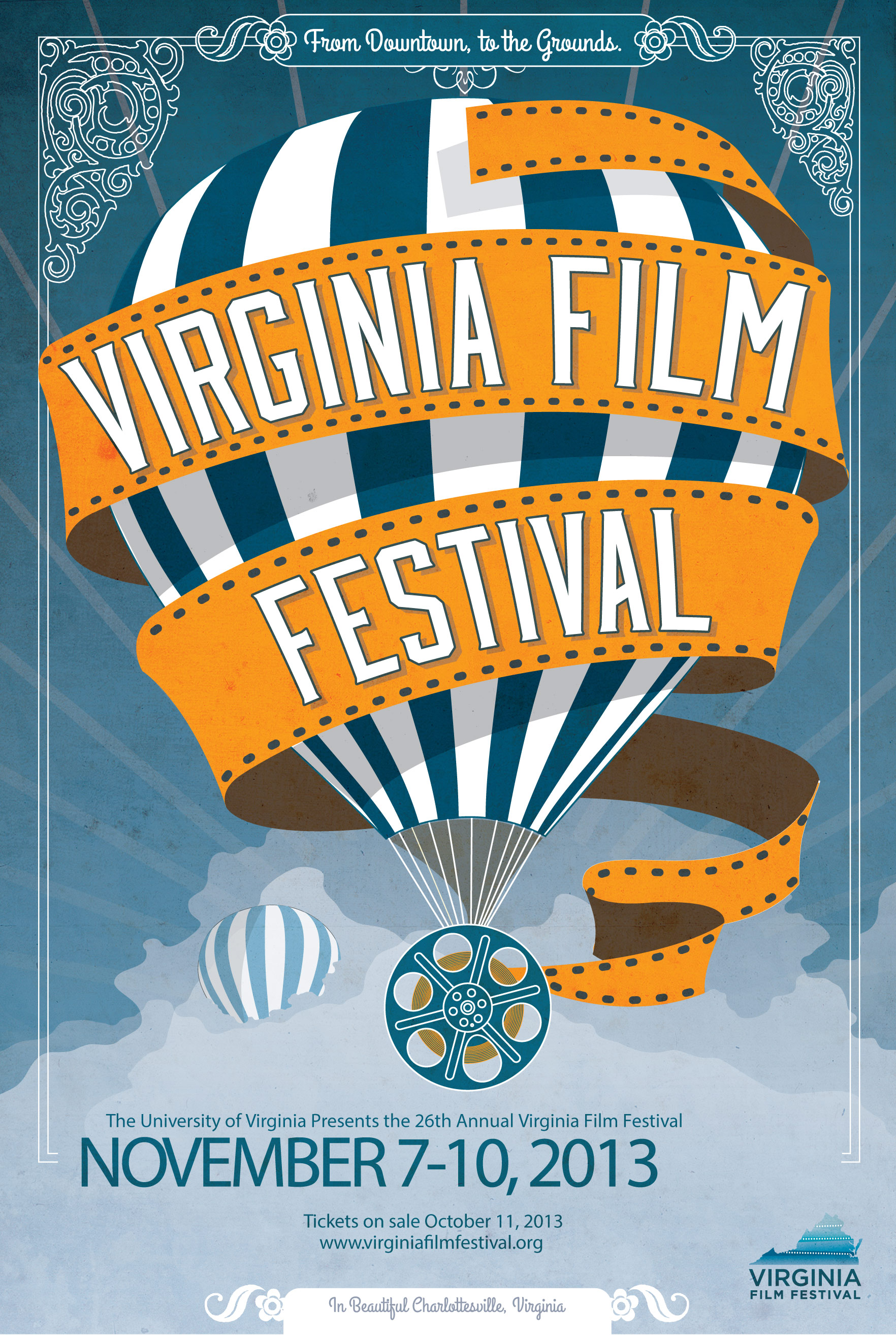 The Virginia Film Festival, presented by the University of Virginia, will return to Charlottesville Nov. 7-10 with its usual star-studded, jam-packed program featuring more than 100 films and an impressive roster of special guests.

Tickets go on sale Friday for the festival’s films and events.

“I am extremely proud of this year’s program,” said Jody Kielbasa, U.Va.’s vice provost for the arts and the festival’s director. “I feel like it represents the continuing evolution of the festival as a vehicle to present not only a wide array of cinematic experiences, but also an opportunity to encourage thought and discussion around so many different themes that are central to the world in which we live.”

Kielbasa credited the festival’s programmer, Wesley Harris, with taking  on an expanded role in creating a diverse and dynamic lineup of films.

“It’s all about providing avenues of discovery for our audiences across a wide range of genres and spotlighting an extraordinary and diverse array of filmmaking talent,” Kielbasa said.

This year’s complete schedule can be found here.

The festival kicks off with an opening-night screening of Alexander Payne’s “Nebraska.” Will Forte, the “Saturday Night Live” performer who makes his dramatic debut in the film, and the film’s award-winning producer, Ron Yerxa (“Cold Mountain,” “Little Miss Sunshine”), will participate in a discussion following the screening.

On the following night, the festival will screen one of the most famous horror films of all time: Alfred Hitchcock’s “The Birds,” followed by a discussion with the film’s star, Tippi Hedren.

The festival will add some local color to its centerpiece screening on Saturday evening when it presents the documentary “CLAW.” Made by Charlottesville filmmakers Brian Wimer and Billy Hunt, the film explores the dynamic world of Charlottesville Lady Arm Wrestlers, an organization that has spawned sister branches under the umbrella of the “Collective of Lady Arm Wrestlers” in Austin, Texas; Brooklyn, N.Y.; New Orleans; and even Sao Paulo, Brazil.

“CLAW” features a cast of outsized characters ranging from pregnant brides to virgin Madonnas and the occasional giant banana – all arm wrestling in the name of charity. It’s a piece of modern vaudeville that skirts the edges of entertainment, delving into a social critique of contemporary women’s empowerment.

The festival will continue its tradition of presenting “spotlight screenings” of some of the most talked-about films on this year’s festival circuit. Some of this year’s most anticipated screenings include:

The festival also continues its tradition of presenting some of the most prominent films on the international scene, including work from France, Italy, Poland, the Netherlands, Austria, Cambodia, China and Canada. Of special interest is “Le Joli Mai,” a restoration of the 1963 documentary film, unseen for decades, directed by the great filmmaker Chris Marker.

Harris, the festival programmer, said this year’s lineup of documentaries “features some truly extraordinary filmmaking while offering fascinating perspectives on topics that range from some of life’s deepest struggles to some of its most wonderful and ridiculous subcultures – and pretty much everything in between.”

Highlights include “Bible Quiz,” a look at a young woman’s quest to win not only the National Bible Quiz Championship, but the heart of her team’s captain; “Brave Miss World,” the story of Linor Abargil, a sexual assault victim who went on to win the Miss World crown and who uses her platform to advocate for victims around the world; “Political Bodies,” a two-sided look into the battle for and against reproductive rights in Virginia; “Running from Crazy,” two-time Academy Award-winner Barbara Kopple’s film focusing on actress Mariel Hemingway and her family’s struggles with mental illness and suicide; and “Vannin’,” a lighthearted look at the van culture that reached its high-water mark in the 1970s.

As usual, the festival will showcase the work of Virginia filmmakers, Harris said. “This year in particular we have received some truly outstanding films and are proud to work with our partners at the Virginia Film Office to provide a platform for these filmmakers to share their work with our audiences, and also with other industry professionals.”

Some of this year’s Virginia-made films include “Boston Bound,” about a Charlottesville group of marathoners at last year’s Boston Marathon; “Last Ferry Home,” a documentary about Ocracoke Island from Charlottesville filmmaker Zac Grigg; “Seasons With Brian and Julia,” an intimate look at the lives of a rural Virginia farming family; and “Faux Paws,” a gay werewolf road movie.

The opening night gala takes place Nov. 7 at the Jefferson Theater on the Downtown Mall. Beverages, light buffet refreshments and big-band sounds will set the scene for a stylish Old Hollywood-themed party. Tickets are $75 per person for adults over 21.

For a full schedule and complete information regarding the Virginia Film Festival, visit www.virginiafilmfestival.org. Tickets will go on sale Friday via the website, in person at the U.Va. Arts Box Office (at Culbreth Theatre) and by phone at 434-924-3376.

The festival’s premiere sponsors are The AV Company, the Charlottesville-Albemarle Convention and Visitors Bureau, The Joseph and Robert Cornell Memorial Foundation, Flow Audi of Charlottesville, Regal Entertainment Group and the Virginia Film Office.