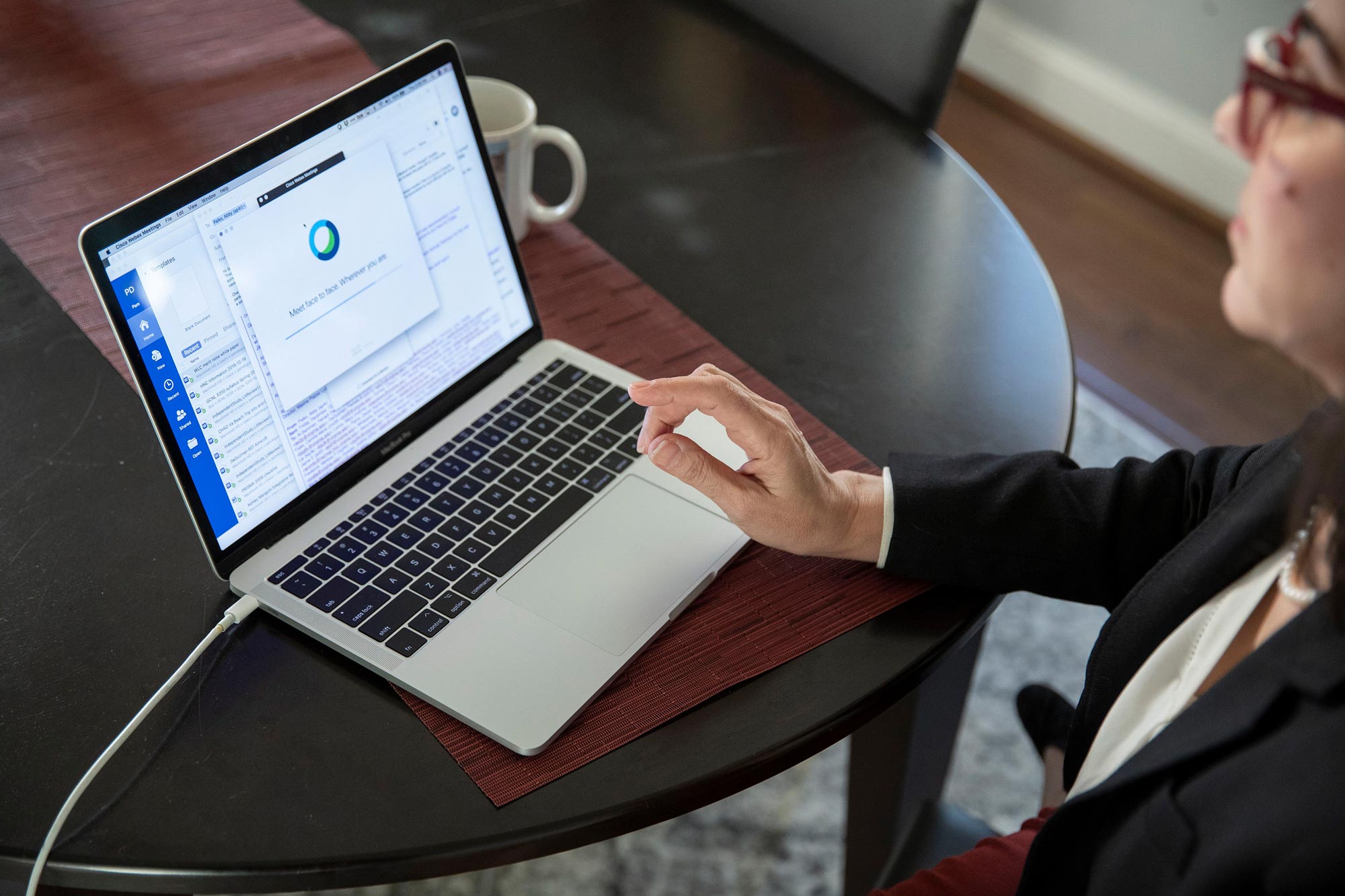 Nursing professor Pam DeGuzman’s telemedicine cancer survivors’ intervention is done over a video conference call – sort of like Skype or Facetime, but private and HIPPA-secure, with technology from UVA’s Rheuban Center for Telehealth.

Surviving cancer can bring its own set of challenges. When the appointments and treatments and medications end, rural cancer survivors especially can feel set adrift, and sometimes suffer from what comes after the drama and frenzy of illness: cancer’s physical toll, as well as anxiety, depression, difficulty with work, finances and relationships.

It’s a critical stage, said University of Virginia School of Nursing associate professor Pam DeGuzman, who over the past three years has developed, implemented and studied the effects of a nurse-led intervention for cancer survivors to gauge their psycho-social health and wellness weeks and months after their treatments have ended.

DeGuzman, who earned a National Cancer Institute grant administered by UVA’s Cancer Control and Population Health program, said the power of the telehealth intervention belies its simplicity. Even a 20-minute online chat can make a difference, she said. 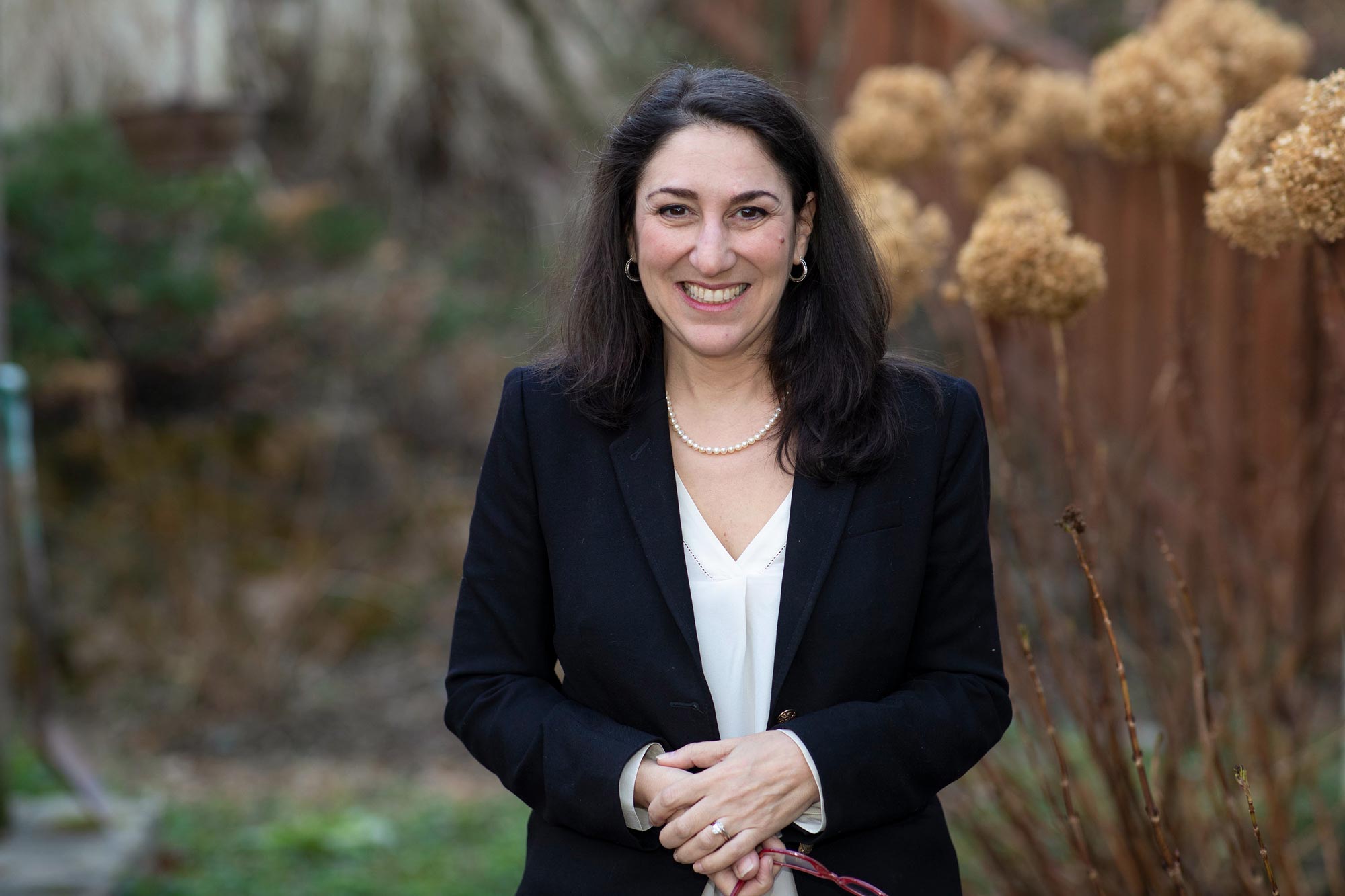 Q. For people who’ve survived cancer, why is the post-treatment stage so critical?

A. Imagine you’re in a rural area, maybe five or six hours away from the hospital, and you don’t come back for treatment anymore. You lose that connection. When you do come back in for follow-up, it’s very medically focused. And while that’s important, it doesn’t necessarily leave room for what we call cancer-related distress.

Say you’re having difficulty sleeping, or feeling fatigued, or maybe you’re having trouble with your spouse, or can’t pay your bills, or are having trouble getting back to work – it could be a whole range of psycho-social things. You might not even think of the cancer center as a place to get help.

We already try to prepare people for this time by giving them information about how to care for themselves once treatment is over. But when we check with survivors later, and ask them what they remember about what we told them, we hear, “Oh, that pile of papers.” No one’s looking at these documents, especially because we give [the information] to them right when treatment ends. At that point, all they’re thinking about is, “I’m done with treatment. I lived; I’m good.” But sometimes, they’re not.

Q. What does your intervention look like, and who is it for?

A. I developed a nurse-led telemedicine cancer survivorship intervention that’s done over a video conference call – sort of like Skype or Facetime, but private, and HIPPA-secure, technology that we get from UVA’s Rheuban Center for Telehealth. The population we tested the intervention with are survivors of head and neck cancers. We worked closely with our co-investigator, UVA surgeon Dr. Mark Jameson, to launch the intervention. We have a fantastic UVA Cancer Center nurse, Allen Cupp, who calls patients about six weeks after they finish their active treatment.

Allen’s protocol includes taking patients through questions on a distress thermometer: about 20 questions on general things like whether they’re having family issues, dealing with financial difficulties or having transportation or child care problems, and then a group of questions specific to their recovery: fatigue, jaw-swelling, swallowing, difficulty speaking. The distress scale is one to 10, and measures distress experienced over the last four weeks. For anything that ranks over a five, Allen does some counseling, some education, and offers referrals.

The thing about the distress thermometer is that it brings up all these things you wouldn’t otherwise be asking about. On average, the whole thing takes 15 to 20 minutes.

Q. Why choose head and neck cancer survivors as your first population to test?

A. It’s not a very common cancer – about 50,000 Americans get it every year – but this group is quite vulnerable. If you can imagine having cancer on your head or neck, many treatments you get for this kind of cancer – often radiation and surgery – are visible to all the world. People who deal with other cancers – prostate, breast, and so on – have more options if they want to hide what’s happening; it’s less public. With head and neck cancer, though, you probably cannot hide it. Your facial integrity may have changed. These patients can have problems with their speech, with drooling, swallowing. Some end up having assistive voice technologies. Because of [all this], depression and anxiety are really high among this group.

They also have the second-highest suicide rate among all populations with cancer: three to four times the rate of the general population. UVA’s Cancer Center has resources to help them, but we also know that cancer survivors are less likely to travel long distances for non-treatment care. We need another way to make this connection.

Q. Why do the video conference? Why not just a phone call?

A. It’s important to be able to visually assess the patient, so face-to-face is key. These people have often just had surgery, so the nurse does a physical assessment during the call. Also, because part of the assessment is related to people’s affect – how they seem to be doing – it’s critical to have a clear visual on them, just as you would if they were in a room together. And third, patients say they really like it.

Q. Internet service in rural areas can be dicey. Did you face any tech issues?

A. I did. In many of Virginia’s rural communities, fewer than 25% of residents have broadband access, according to U.S. Census-tract maps I’ve created. In our ideal situation, people would have fixed broadband and a video camera, but that’s often not the case.

We’re currently evaluating public libraries to see if they are feasible telemedicine sites; most are within a 30-minute drive of nearly every Virginia resident, no matter where they live. With that, then, all that our participants without broadband would need is a private space in a library, an iPad, or a computer with a camera.

Equally difficult to the issue of rural connectivity, though, is the issue of digital inclusion. Just because you have a smartphone doesn’t mean you can successfully get a telemedicine call. Some of it has to do with technological savvy.

Q. How was the intervention received? What did patients tell you?

A. People love it. We’ve put 20 patients through the intervention, and preliminary data show it’s successful. The nurse is making a lot of referrals, and people are following up on those referrals, which means patients are getting connected to the kind of help they need. That’s a positive sign.

Also, we’ve seen that this may be a culturally acceptable way to get mental health resources to rural people who need them. In many areas, there can be a stigma attached to getting psycho-social help; we think that may have something to do with rural self-reliance. But our qualitative data show that patients are using the visit with the nurse as their counseling. This isn’t a visit with a therapist, or social worker; it’s a visit with a nurse, and we think that’s perceived as a different, perhaps more acceptable, kind of help.

A. We’re currently looking at quality of life issues – how people feel physically, how their relationships are, whether they have physical pain, anxiety, depression and so on. And so far, people who receive the intervention are showing improvement. I’m writing a grant and hoping to scale this up, and broaden it to include lung cancer survivors, too, with a protocol that’s completely customized. Their rate of suicide is the highest of all cancer survivors – six times the rate of the general population. So this gives us a way to figure out what’s happening, and what’s needed.

There is also new legislation written into Medicare that says the government will reimburse for telehealth support – $42 a visit – if the person is over age 65 and has had cancer as well as another chronic illness, like diabetes or arthritis. We think it will prove to be cost-effective, too, being mostly the cost of the nurse; the equipment and other incremental costs are negligible.

This gives us a way to support patients beyond cancer with a new structure and protocol. So far, it’s really helping people; maybe saving them from having to come back to the hospital – or actually making them better. It’s also really just the right thing to do.

Here Is What You Need to Know About the New Coronavirus Variant, Omicron END_OF_DOCUMENT_TOKEN_TO_BE_REPLACED

Fall Is in the Air on Grounds END_OF_DOCUMENT_TOKEN_TO_BE_REPLACED

Meet the Cats and Dogs Your CVC Donation Supports END_OF_DOCUMENT_TOKEN_TO_BE_REPLACED