What Comes After Graduation? For This Alumna, A Seat On City Council 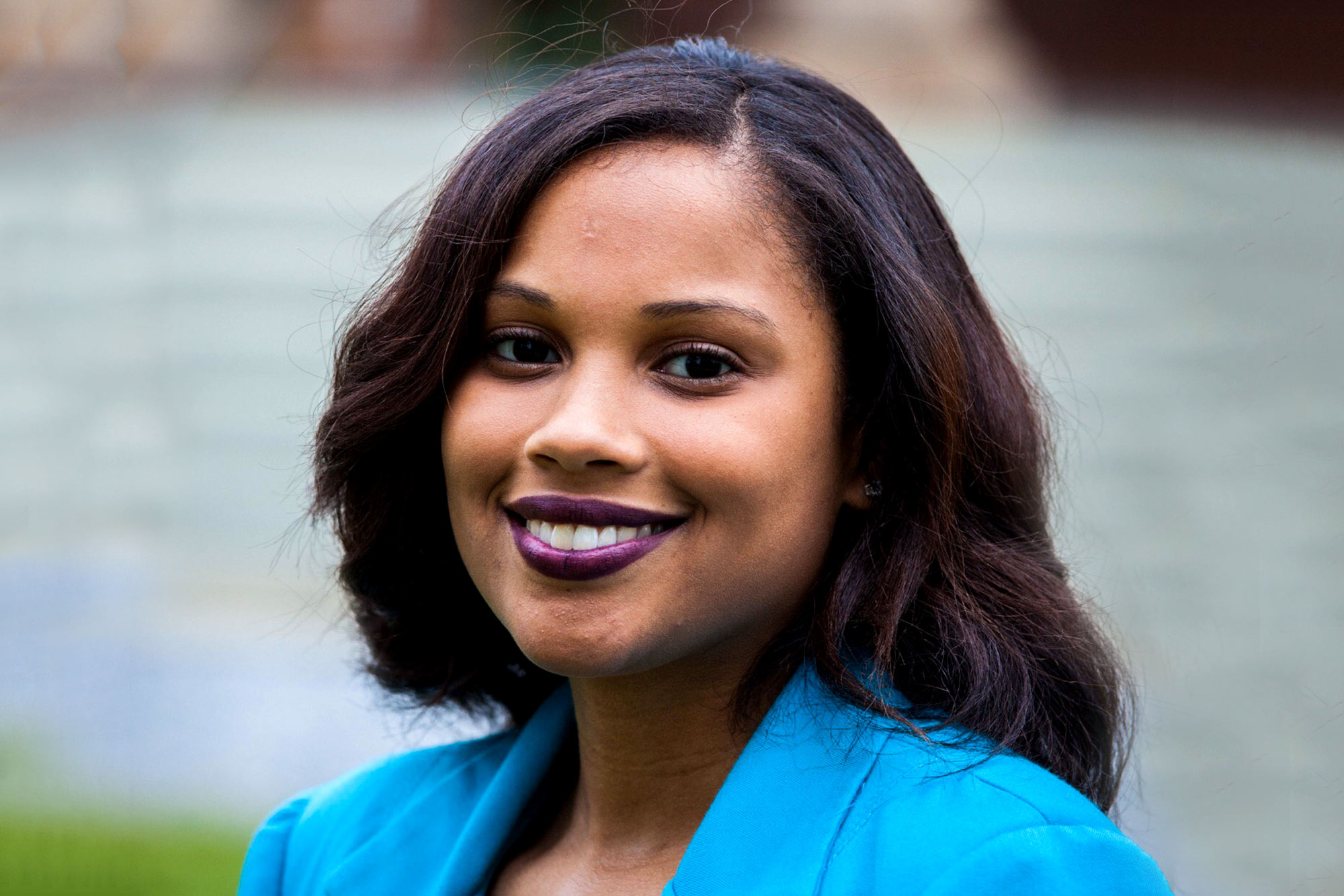 Just months after her graduation in 2014, University of Virginia alumna Jennifer Bowles took on a challenge that many are unwilling to attempt until later in life. She saw problems in her hometown of Martinsville and successfully ran for City Council to address them.

Bowles, 24, became one of the youngest elected officials in Virginia in 2015 when she earned a four-year term as a councilwoman, then was selected by her fellow councilors to serve a two-year term as vice mayor. Before taking office, she graduated from the College of Arts & Sciences with a degree in African-American studies and is an alumna of the UVA softball team.

UVA Today sat down with Bowles recently to find out what it’s like to be an emerging voice in local politics and how her UVA education inspired her to get involved in Martinsville.

Q. When did you decide to run for City Council?

A. I have to say it all started with a class I had with Professor Claudrena Harold called “Black Fire.” It was one of my most memorable moments at UVA because it discussed the often-untold stories of African-Americans and their transition at the University and their fight for social and economic justice.

It was then that I knew that you had to be involved with politics because it’s a powerful tool to enact change – and I don’t mean just running for office. I mean attending your local city council meetings and town halls, reading the newspaper and attending other events.

Then when I came home after graduation, there was a flyer in the mail about a meeting regarding the consolidation of two predominantly African-American precincts in Martinsville; one was my precinct. I went to that meeting and spoke to the Electoral Board, and after I successfully spoke against the consolidation, citizens in the community suggested that I run for City Council.

That was the first time that I even thought about running for City Council. Eventually I just did what the citizens asked me to do and decided to run. It was a culmination of events.

Q. Are there other experiences at UVA that you think prepared you for this role?

A. Martinsville is a city of 14,000 people, so going to UVA was kind of a culture shock. The most diverse person I had ever encountered before I came to the University was a Vietnamese exchange student in Martinsville. I was on an AAU softball team here and we often travelled outside Martinsville, but you’re still with all your friends and you’re still ultimately in that bubble that surrounds you.

A. The biggest thing we’ve done so far is change the [schools] superintendent. There were issues within the community about the current superintendent, so we appointed School Board officials who had the same mindset as us – that we wanted to see a change in our superintendent, whether it be to hold her more accountable or to have a complete overturn. That’s the biggest project so far. We changed our superintendent and we’re working for improvements in our schools and to get them fully accredited.

Q. What’s it like being the youngest member of City Council?

A. Sometimes it’s quite a challenge, like when you’re trying to explain certain things that other council members who may be 60 or 70 don’t understand. For example, we had a recent Snapchat competition to have a geofilter for Martinsville that involved middle and high school students. Of course, some of my fellow City Council members didn’t know what Snapchat was.

Sometimes it’s just trying to bridge the generation gap. That can be challenging and it can sometimes be hard to have that same authority with council members because I’m possibly their daughter’s age. It can sometimes feel as though you can’t get that same level of respect – although I know it’s unintentional – sometimes that happens. But after my first two years, they’ve seen what I’ve contributed and I’ve gained the respect of all of my fellow council members.

Q. Can you tell us about your personal priorities for the city?

A. First and foremost is education. If we don’t get our education system on track, if we don’t start with our children, everything else is going to crumble. Education is the foundation of everything our society holds dear.

I’d also like to focus on having more revenue-generators within the city, whether that’s through small-business growth or attracting new businesses to the area.

Q. Is there any advice you would give to current UVA students who might be interested in a career in public office?

A. Take a leap of faith and step out there. There’s no amount of preparation that can sufficiently prepare you for public office. It can help to understand the policy and procedures, but actual preparedness for being elected, you won’t be able to grasp it until it happens.

For those who just want to make a difference, don’t feel discouraged if you don’t have all the accolades yet or you don’t feel ready enough. Citizens respond to authenticity and genuineness. Often speaking to citizens within the community, going door to door and asking them what they want, is just a sure way to get elected. There will be highs and lows, but what’s a bigger reward than doing what you think is best for your community?

Q. Do you have any plans to seek other elected offices in the future?

A. Right now, no. I’m just focused on being the best city councilperson I can be. Of course there’s people who want you to run for higher office or suggest you should run for higher office, but you just want what’s best for the citizens. I’m not thinking about it right now, but who knows what the future holds?