What Does History of Slavery Mean for Today’s Colleges and Universities? 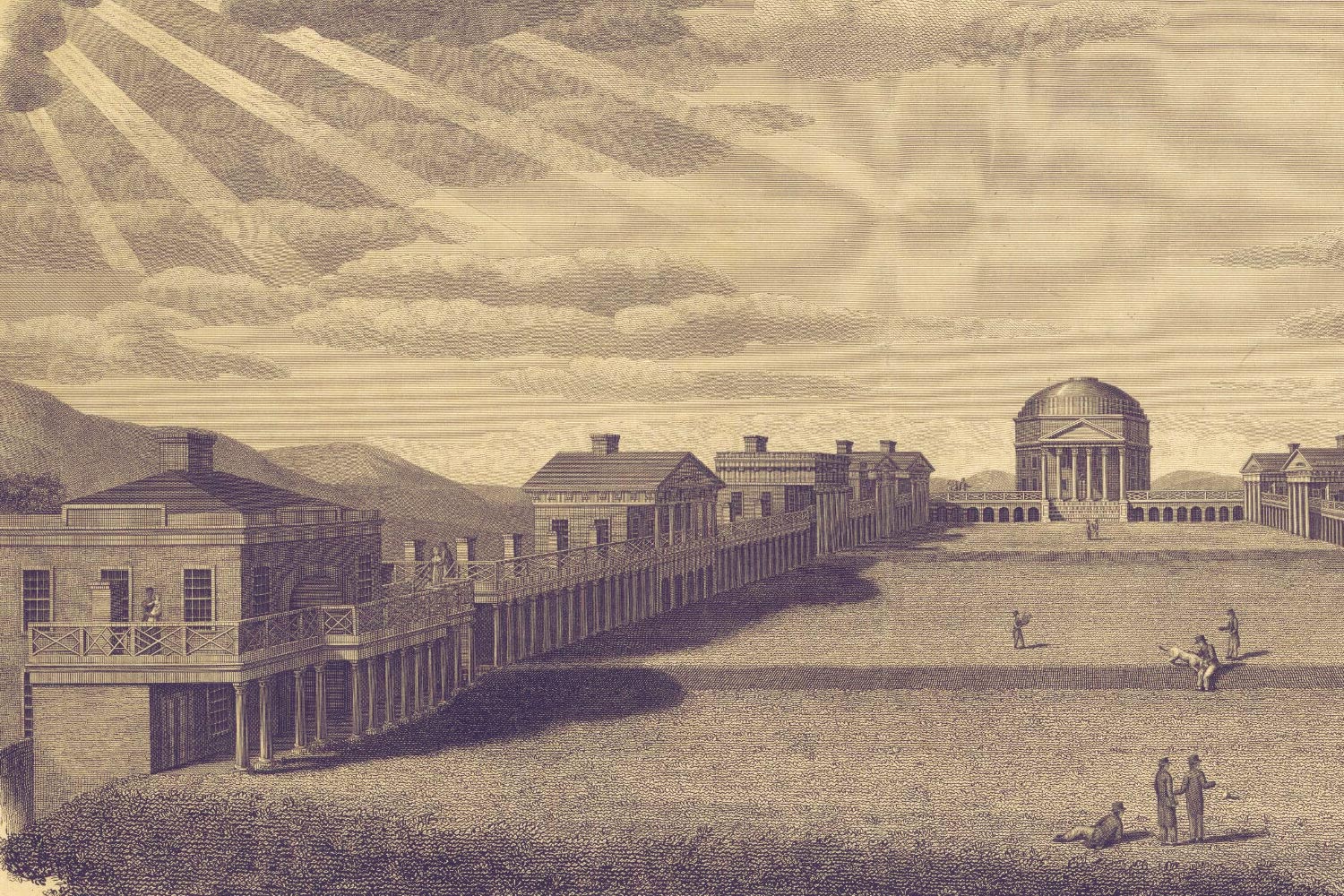 From sleeping overnight outside near where enslaved laborers lived and worked at the University of Virginia to discussing the work of investigating, preserving and making public the legacies of slavery at universities in the South and the North, a symposium to be held at UVA from Oct. 18 to 21 will address historical and contemporary issues pertaining to race, place and inequality.

The 1850 census indicates 93 enslaved people lived and/or worked on UVA’s Grounds, and over the years that number totaled in the thousands. Researching who they were and what roles enslaved laborers played in the building and daily operation of the early University comes under the mission of the President’s Commission on Slavery and the University, formed in 2013.

One of the commission’s activities has been establishing a consortium, Universities Studying Slavery, which now comprises 30 member institutions, many of whom will contribute to this symposium, which also serves as the group’s semi-annual meeting.

The President’s Commission on Slavery and the University has partnered with the Slave Dwelling Project to present the symposium, “Universities, Slavery, Public Memory and the Built Landscape,” part of the bicentennial commemoration of UVA’s founding. It will highlight the recent work of universities and other institutions that have begun to grapple with their own histories, and will consider appropriate preservation and memorialization.

“The University of Virginia has become a leader nationally, educating and commemorating the contributions of the enslaved,” said Dr. Marcus L. Martin, commission co-chair and UVA vice president and chief officer for diversity and equity. “The Universities Studying Slavery collaboration is working together to address both historical and contemporary issues dealing with race and inequality in higher education, as well as complicated legacies of slavery in modern American society.”

The symposium will bring together more than 125 people from universities, museums and historic sites to share their work and perspectives in panel discussions and interactive sessions. Nearly 500 people have registered to attend, with more on a waiting list.

The conference opens Oct. 18 with a reception and a talk by Daina Ramey Berry, whose book, “The Price for Their Pound of Flesh: The Value of the Enslaved from Womb to Grave, in the Building of a Nation,” has gained national attention since its publication in February. Drawing on more than 10 years of research, Berry, associate professor of history and African and African diaspora studies at the University of Texas at Austin, documents not only the cold calculation of slaveholders’ economic appraisals, but also the ways that enslaved people sought to define their personhood otherwise in the value of their souls. 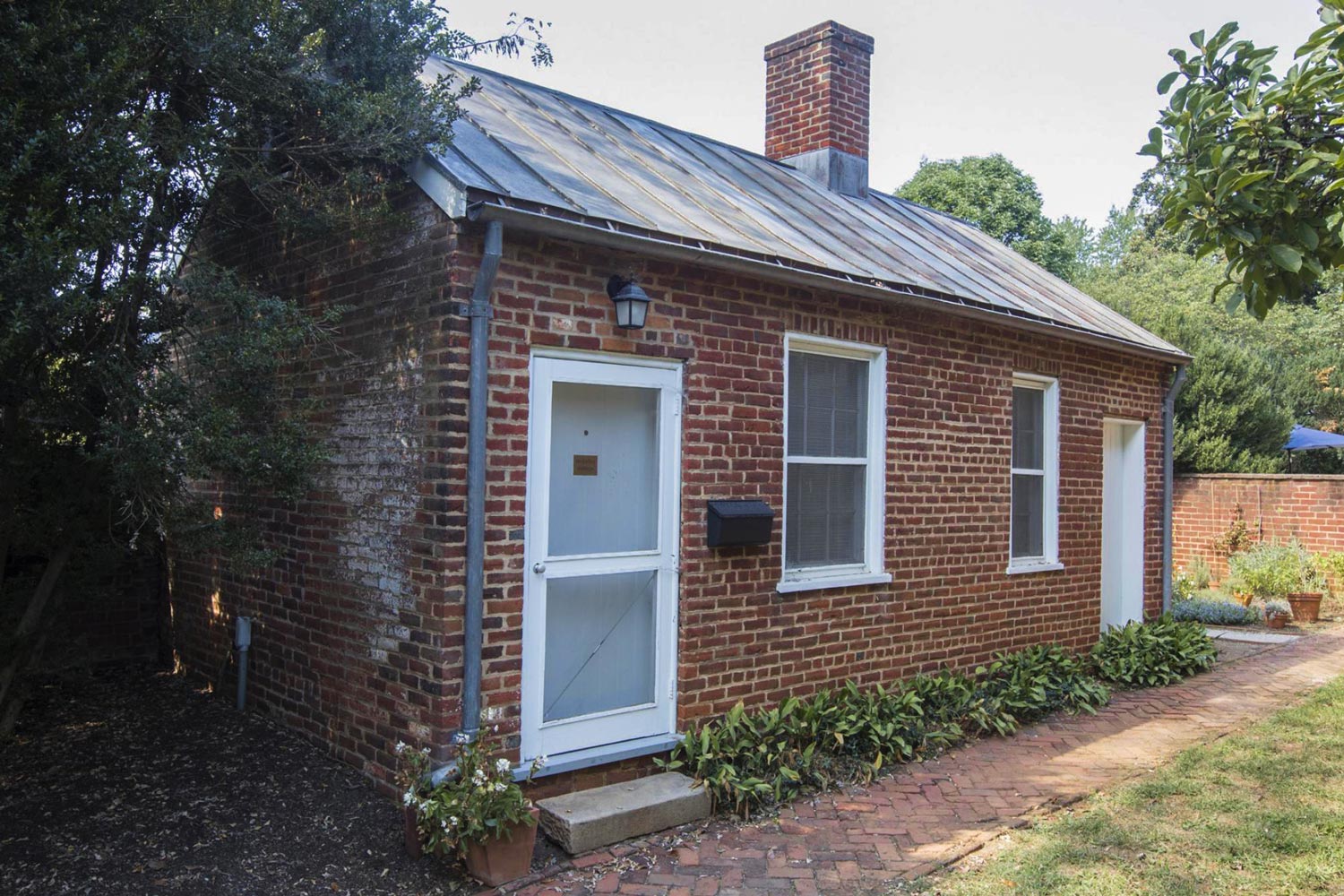 More than 75 people, including symposium speakers and students, have signed up to participate in the Slave Dwelling Project experience on the night of Oct. 18, which includes sleeping overnight near known sites of slave dwellings at the University. Nationally, the project, founded by director Joseph McGill, serves as a clearinghouse for the identification of extant slave dwellings across the country and resources to document and preserve them. The overnight stays help bring attention to these places that might be on private properties or public institutions. McGill said he wants to spread “the message that the people who lived in these structures were not a footnote in American history.”

Gathering on the Lawn near the statue of Homer, participants will hear music by UVA’s Black Voices and a presentation by the University Guides of the history of the enslaved and free people of color who built and served the University, as well as remarks from McGill. Forming eight-person groups, attendees will sit around candlelit tables to talk about why they’re there. By 10 p.m., those registered for the overnight will head for large tents set up in the garden behind Pavilion IX and McGuffey Cottage, near where enslaved workers lived, to spend the night. The public is invited to the evening event before the sleepover.

Oct. 19 and 20 will include a full slate of panel discussions and concurrent sessions, with the first panel focusing on slavery and its legacies at UVA.

Guest speakers from institutions that are confronting their past with slavery, including UVA, will discuss their work at a lunchtime panel on Oct. 19. Speakers include: John W. Franklin, cultural historian and senior manager in the Office of External Affairs at the National Museum of African American History and Culture; Kat Imhoff, president and CEO of the Montpelier Foundation; Gary Sandling, a vice president of the Thomas Jefferson Foundation; W. Taylor Reveley III, president of the College of William & Mary; and UVA President Teresa A. Sullivan. English professor Deborah E. McDowell, director of UVA’s Carter G. Woodson Institute for African-American and African Studies, will moderate the discussion.

Other sessions feature UVA students working on the JUEL Project, a multimedia website whose acronym stands for “Jefferson’s University-Early Life Project, 1819-1870”; descendants of slaves who worked at UVA, Thomas Jefferson’s Monticello, James Madison’s Montpelier and James Monroe’s Highland, among other places; challenges in researching enslaved ancestors and African-American cemeteries; and the creation of databases on slavery in the digital era.

“By studying UVA’s past, teaching it in the classroom, sharing it with the community and coming to terms with how the enslaved built and maintained the University,” commission co-chair and history professor Kirt von Daacke said, “we are continuing to pursue Jefferson’s lofty but, as of yet, incompletely realized goals.”

“It is our hope that the symposium, by bringing together experts from other institutions, the University, and the community, will set the stage for future work,” write the co-chairs and Sullivan in the symposium brochure.

A full schedule of events can be found here.

Meet the New Cavalier on Horseback: She’s Eager To ‘Carry On a Legacy’ END_OF_DOCUMENT_TOKEN_TO_BE_REPLACED

Monkeypox Is Spreading, But University’s Risk Believed To Be Low END_OF_DOCUMENT_TOKEN_TO_BE_REPLACED

Virginia Football – For All Virginia END_OF_DOCUMENT_TOKEN_TO_BE_REPLACED