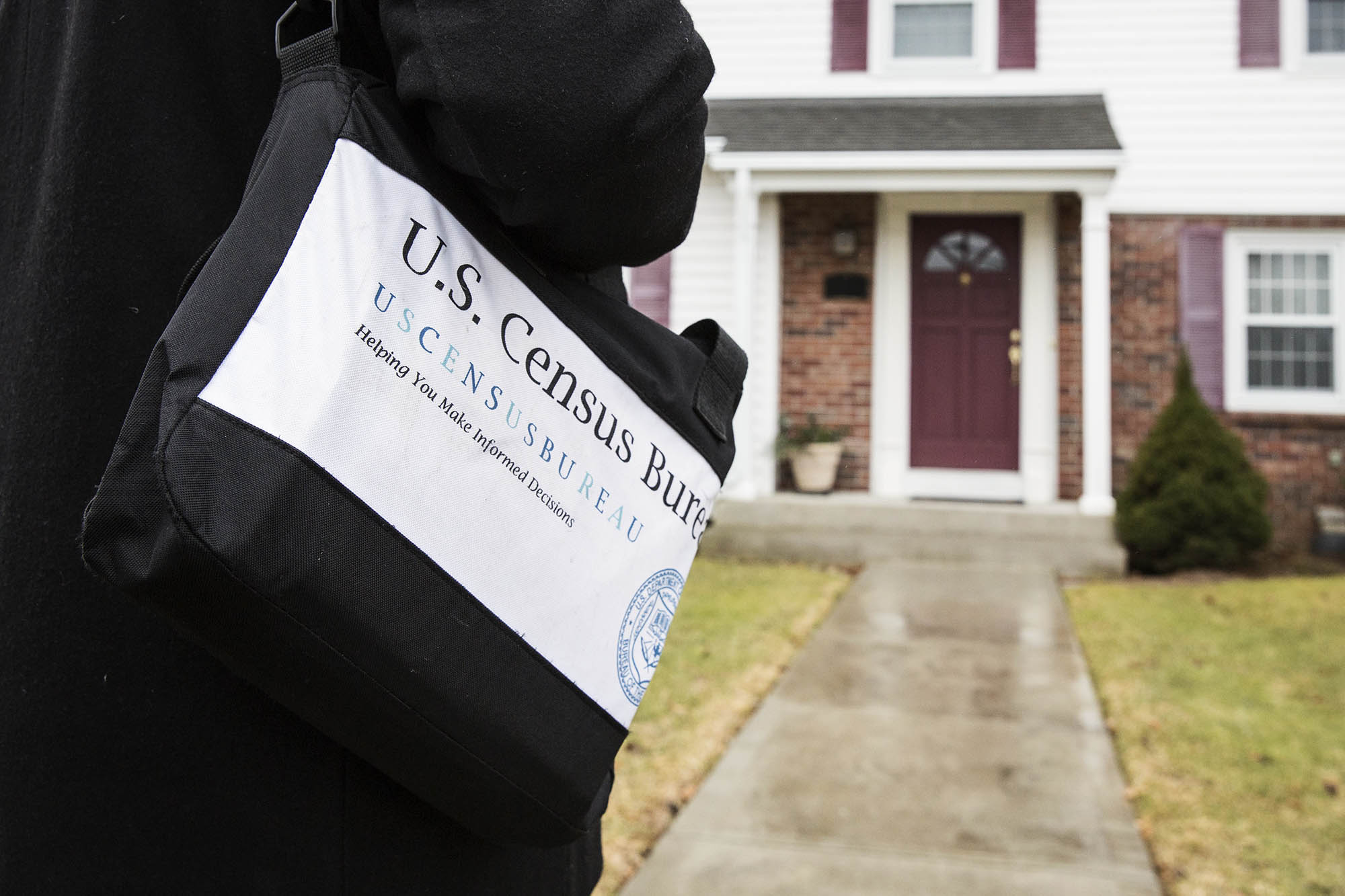 If you grew up in the 1980s or 1990s, you may be familiar with the name Zack Morris – the blonde-haired, wisecracking student on the early 1990s sitcom “Saved by the Bell” who was portrayed by actor Mark-Paul Gosselaar.

Most people who watched would likely consider Gosselaar to be white. But in an appearance on “The Tonight Show Starring Jimmy Fallon” a few years ago, Gosselaar told viewers that is not entirely the case, since his mother is Indonesian.

“People don’t know that Zack Morris is half-Asian,” said Gosselaar, who has reprised his role in a “Saved by the Bell” sequel that premiered last month.

Gosselaar’s revelation underscores how difficult it has become to use current racial and ethnic categories to describe the country’s population, according to demographers Hamilton Lombard, Rebecca Draughon and Qian Cai of the University of Virginia’s Weldon Cooper Center for Public Service.

Lombard said if Gosselaar identified himself as both white and Asian on the U.S. Census, he would typically be tabulated as a person of “two or more races,” which is a category classified as a minority.

“As the number of white people who identify as more than one race – or as Hispanic – continues to grow, more people will be counted as minorities,” Draughon said.

UVA Today caught up with Lombard, Draughon, and Cai – who just completed an analysis titled “The Misleading Narrative of a Disappearing White Majority” – to learn more.

Q. Why did you think this was such an important topic to delve into?

A. Many people recognize the effect of immigration in changing America’s racial and ethnic composition, but few take notice of how interracial unions and births are increasingly driving our society to become racially mixed and diverse. 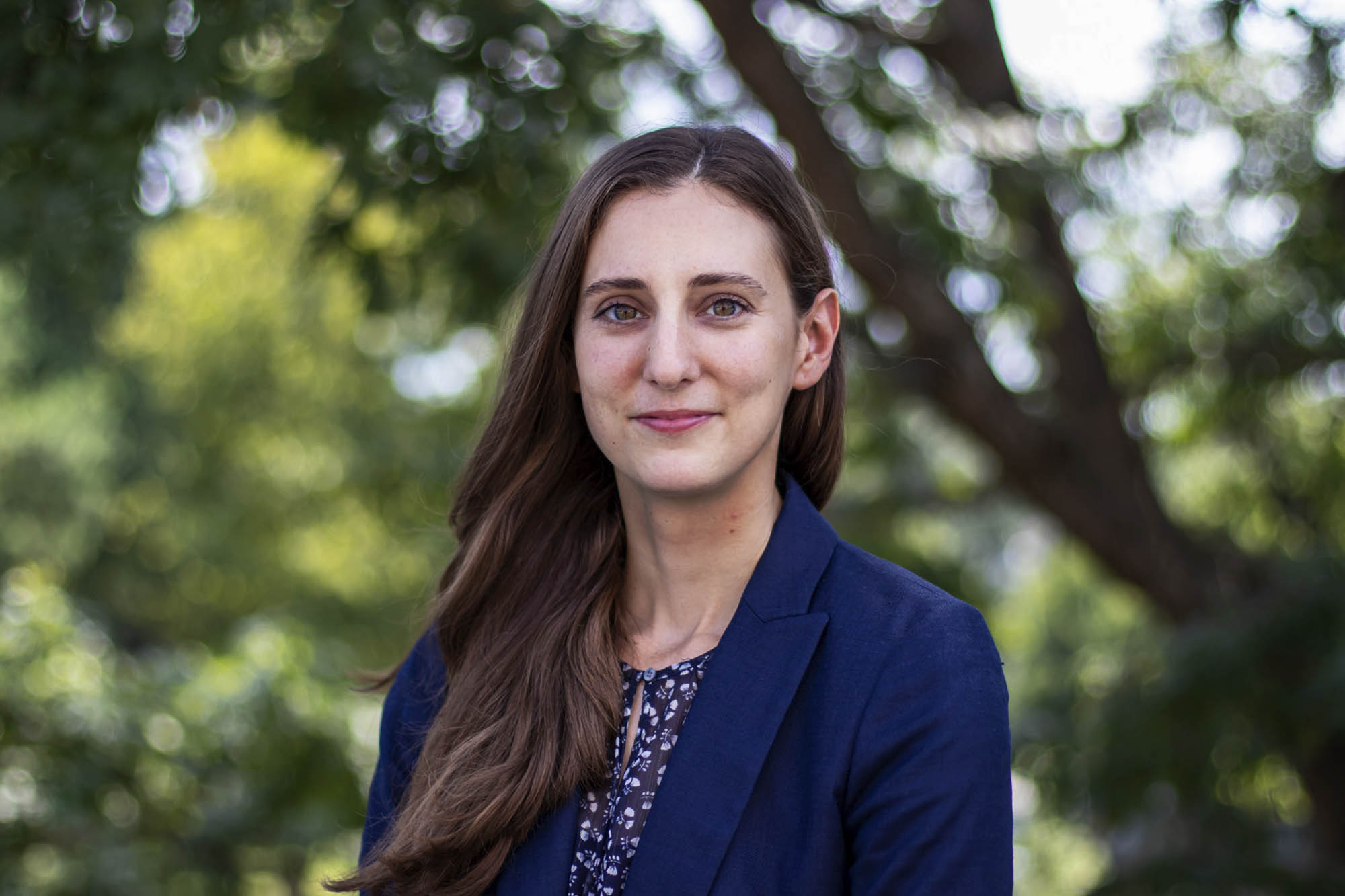 Recently, we analyzed 2018 U.S. birth data by parents’ race and ethnicity, published by the Centers for Disease Control and Prevention. Our analysis revealed that more than 40% of the more than 3 million births in 2018 were to parents of different races/ethnicities, highlighting the prevalence of racial/ethnic mixing.

The trend of interracial birth is not new and continues to increase. What this means is that in the next 20 or 40 years, a large number of Americans will have multi-racial/ethnic identities. The traditional way of defining individuals in a single race category will not accurately reflect the racial diversity of the current and future population, and the narrow definitions of solely white, Black, Asian or Native American identity will leave out many Americans who are more than one race.

Q. What is the current racial composition in our country, according to the U.S. Census? And, according to your research, how close or not close might this be from reality?

A. The breakdown of the country’s racial and ethnic composition that most people have seen is distorted. This is because in order to add to 100%, all race categories are “race alone, non-Hispanic,” and Hispanic is treated as an additional race category, even though it is ethnicity and can be of any race. In that definition, currently about 60% are White; 18% Hispanic; 13% Black; 6% Asian; under 1% American Indian, Alaska Native, Native Hawaiian or Pacific Islander; and 2% multiracial. 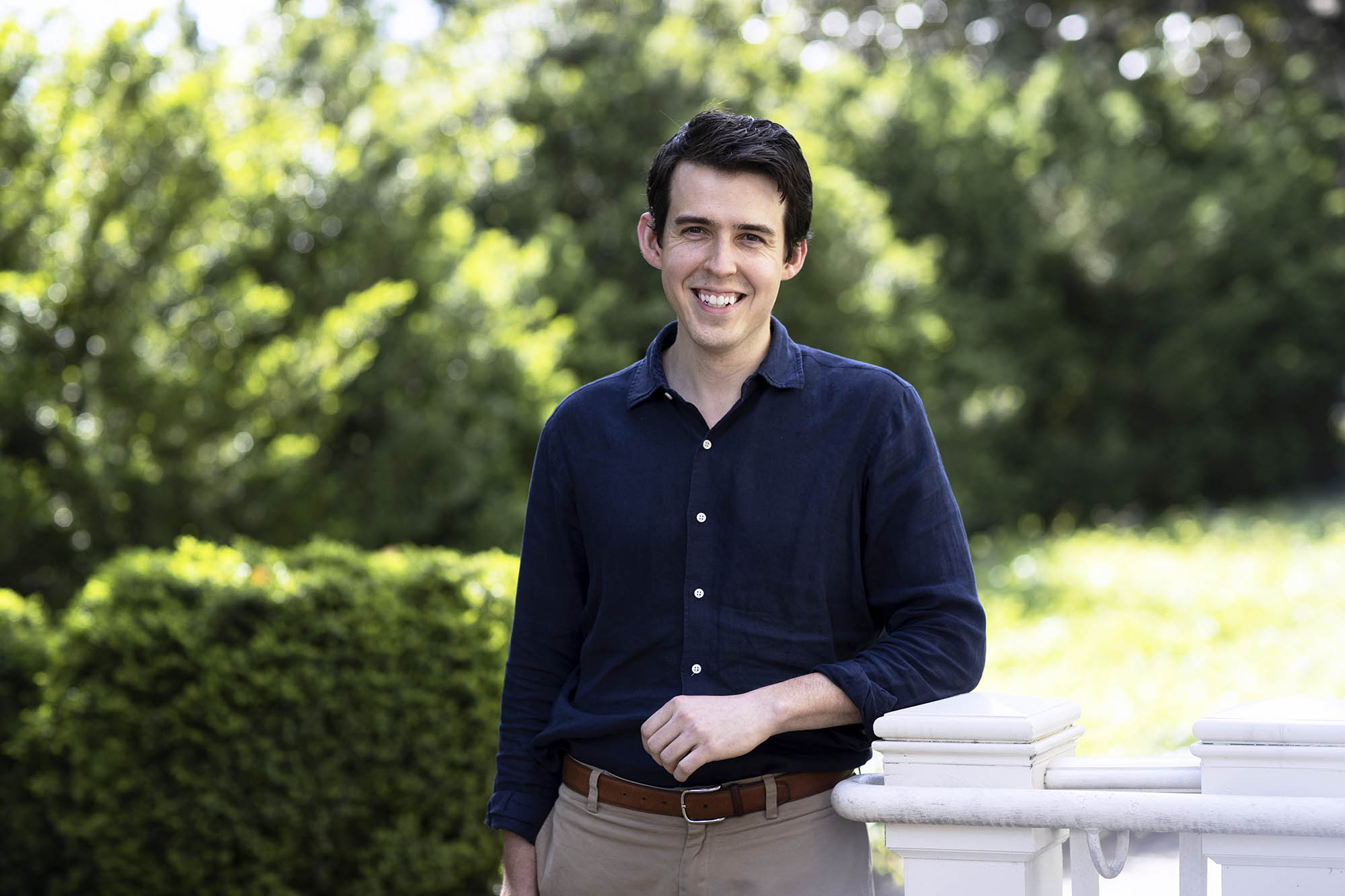 But if we truly count people by the race or races they identify with, instead of “editing” them with the “one drop” rule, then 79% of the population are white (including white alone, white and another race and White Hispanic). Similarly, 15% are Black; 7% Asian; 3% American Indian, Alaska Native, Native Hawaiian or Pacific Islander; and 3% multiracial. By adopting more inclusive definitions of race that more accurately reflect the way individuals self-identify, we find that all racial groups are growing and becoming more diverse.

Q. Over the last several years, what steps has the U.S. Census Bureau taken to reflect the changing diversity of America, and are there any changes that can be made to it that might help it be more accurate in the future?

A. Since 1980, the census has asked people whether they are of Hispanic origin. Since 2000, the census has allowed people to check more than one race box. Adding both questions undoubtedly improved the ability to count Americans’ racial and ethnic identities.

However, the inability of the bureau and most other government agencies to move past the outdated “one drop” view of race has meant that the changes to the census have also generated confusion. The still common “one drop” practice of counting everyone with any non-white ancestry as a minority has led to a significant amount of media stories about the apparent decline in the share of the U.S. population that identifies as white. These stories are misleading because most of the decline in the U.S. white population is being driven by a growing number of white Americans being counted as minorities. 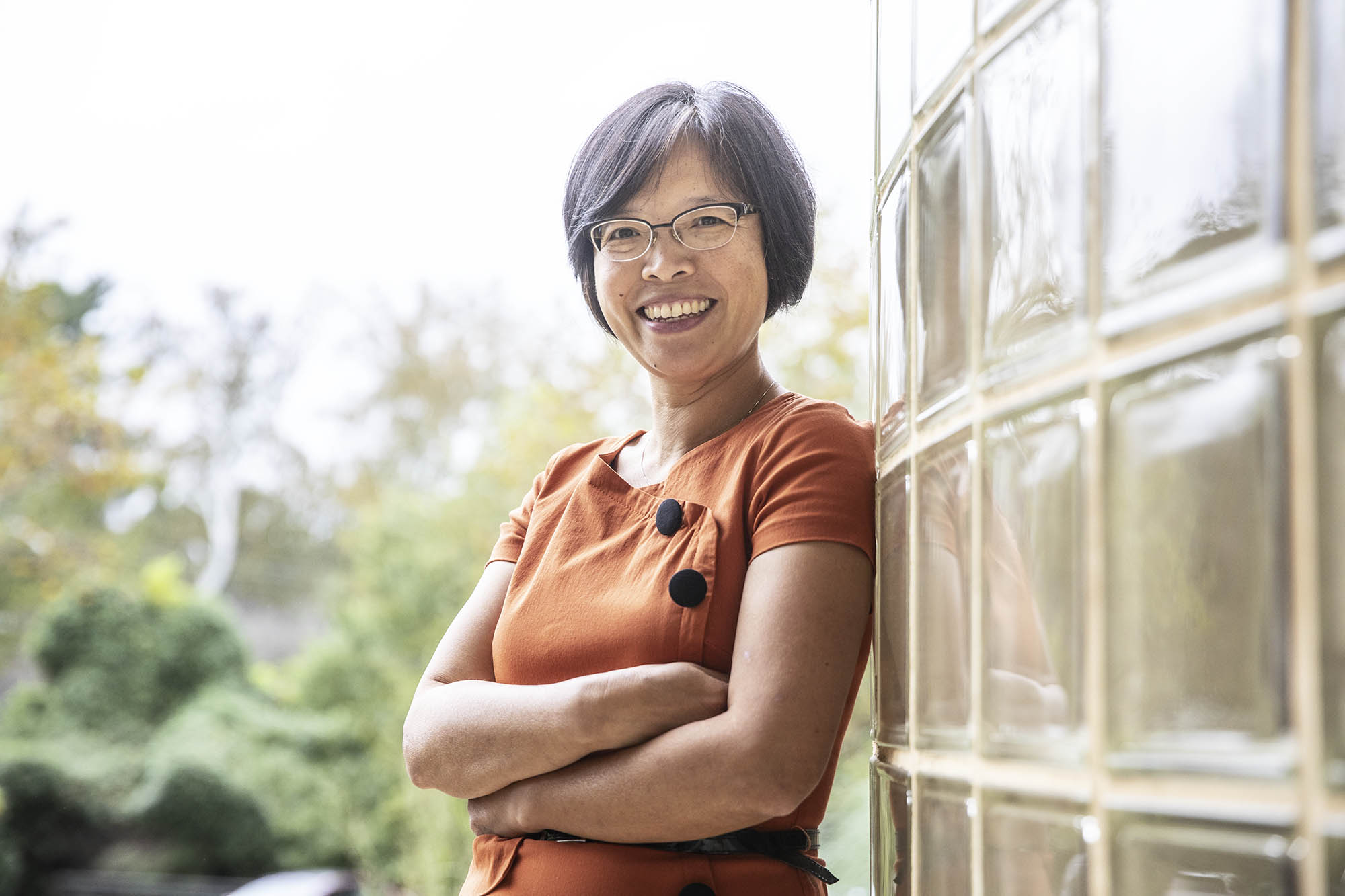 To be fair, in addition to tabulating data by “single race alone” and “two or more races,” the Census Bureau does tabulate race by “race alone or in combination” to reflect the multiracial nature within each race category. However, the bureau rarely uses or promotes the use of the latter when depicting the country’s racial and ethnic diversity. When the 2020 census data is released, data users may want to pay attention to the numbers of “race alone or in combination” to truly appreciate the growing diversity within each race, especially among the younger population.

Q. What were your biggest takeaways from the study? Were there any surprises?

A. While we were very familiar with the trend of interracial unions and births, the large number of births to parents of different races or ethnicities that we found in our analysis still surprised us. For example, among babies with a Native American parent, 71% had a parent of another race or ethnicity.

“In the next decade or two, the U.S. will likely reach a point where the majority of children born in the country have more than one race or ethnicity.”

For all the talk about the U.S. becoming a more diverse country, the birth data was one of the most tangible indicators we have seen. It also provides a different way of understanding diversity in the U.S. Instead of viewing diversity as part of a zero-sum calculation with some racial groups’ shares of population growing while other racial groups’ shares decline, the birth data shows that the share of Americans who identify as either Asian, Black, Hispanic, Native American, Pacific Islander or white will all increase.

Q. Statistically speaking, what does the latest data tell you about the racial composition of future generations of Americans?

A. The percentage of Americans with multiple racial or ethnic identities will only continue to increase.

In the next decade or two, the U.S. will likely reach a point where the majority of children born in the country have more than one race or ethnicity.

Unless more inclusive definitions of race that accurately reflect the country’s makeup are used, the gap between the picture of the country that most racial statistics show and the reality we see in our everyday lives is only going to widen as the country grows more diverse.