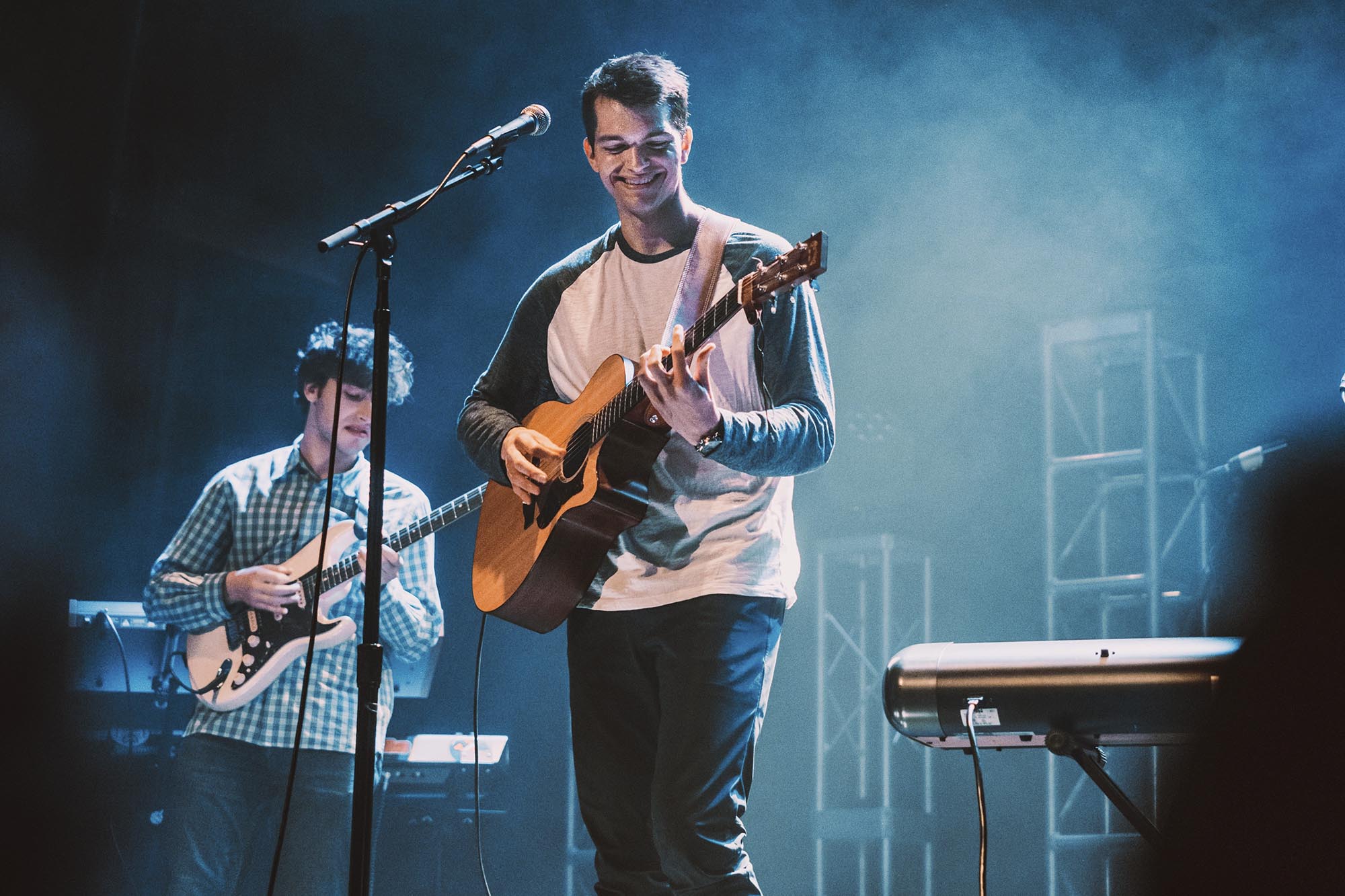 If Grant Frazier zones out in the classroom, it’s probably not the professor’s fault. Chances are he’s writing his next great hit.

Frazier, who graduated from the University of Virginia last month with a degree in Spanish and a minor in biology, wrote an ode to his home state, “Welcome Home, Virginia,” during a neurobiology lecture.

“The song idea came to me, and I pulled out my phone and recorded it really quickly and then kept taking notes for the class,” he said.

Frazier’s brief lapse in attention paid off, because a few months later the song was recorded alongside the rest of his full-length album, “In This Moment.” The record, which was released in late May on streaming services everywhere, can at least partially be attributed to a neurobiology lecture. 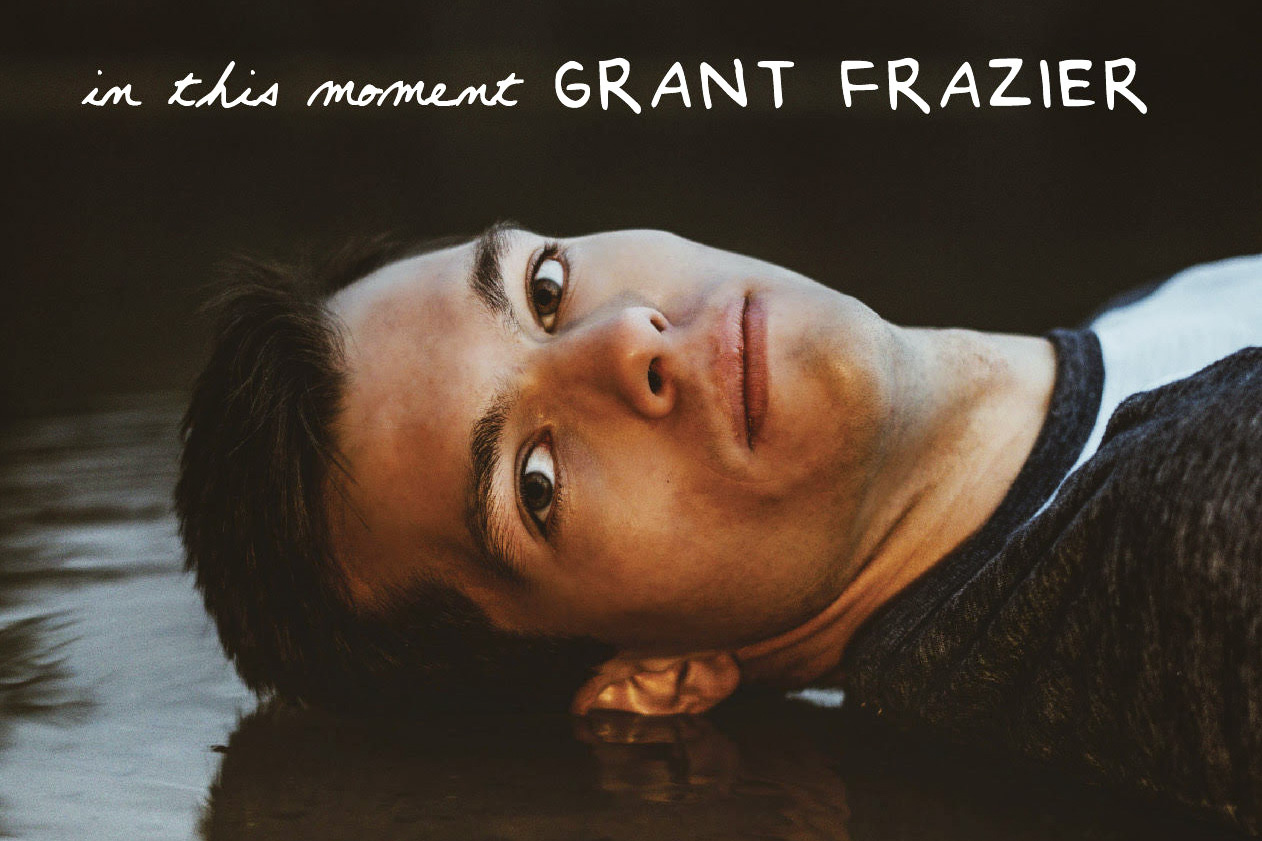 At age 3, Frazier began playing violin by ear and a love for music was born. He quickly picked up the trombone, and during his freshman year of high school, piano and guitar joined the ever-growing ranks of his instruments.

During his formative high school years, Frazier found himself drawn to songwriting.

“I had always written poetry in elementary and middle school, and the idea of combining personal stories and music together really attracted me,” Frazier said. “That’s when songwriting really clicked for me.”

Upon arrival at UVA, Frazier sought out every opportunity to perform music. During his undergraduate career, he was a member of UVA’s Jazz Ensemble, led by faculty member, trumpeter and composer John D’earth.

Frazier views his relationship with D’earth as one big apprenticeship, during which he constantly observed his mentor and took mental notes.

“It was kind of like a master class, sitting with someone who is a genius with melody and lyric,” he said.

Frazier recalls one memorable rehearsal for an annual spring concert, during which the ensemble was rehearsing a jazz standard.

“We played it perfectly, but [D’earth] stopped us in the middle of the song, stared at us and said ‘Where’s the emotion? Where’s the feeling? Convince me that we’re in the mind of the writer right now.’ He really showed me the importance of putting all your heart, soul and emotion into a song.”

Frazier says D’earth has had a great influence over his style and musicianship. D’earth seems to think highly of Frazier as well, remarking that the often-shy student becomes a cool and confident vocalist onstage.

“The first time he sang for me, I was struck by how comfortable and confident he seemed the minute he started singing,” D’earth said. “I was impressed. Not only could he sing, but he had an easy, swinging delivery reminiscent of Harry Connick Jr. that really drew me in.” 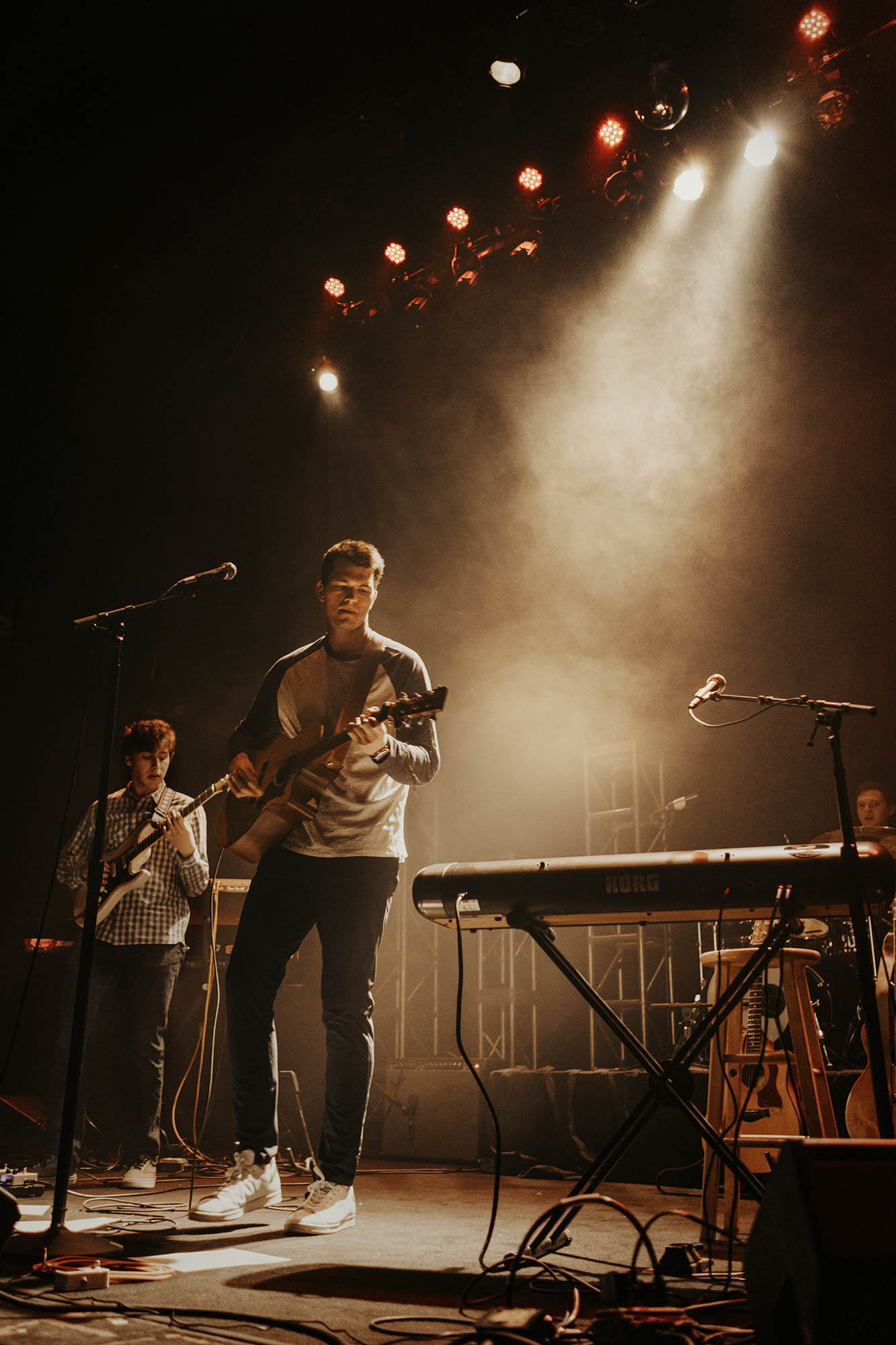 Frazier’s newly released album is a stark departure from the swinging vocal jazz he created with D’earth, but his voice is no less smooth. He croons alongside his acoustic guitar in an ode to his upbringing in Virginia.

For Frazier, everything seems to come back to Virginia. “Welcome Home, Virginia” is only one of 12 original songs on the album, but it seems to hold a special place in his heart, as well as the hearts of his fellow Class of 2020 graduates.

“I’m from Northern Virginia, and I’ve lived in Virginia my entire life,” said the Loudoun County native. “It’s a song for me that’s really special, and I think it’s really special for a lot of my friends who are from the area.”

Frazier will return to the University in the fall to pursue a Master of Public Health degree. He plans to continue his musical career alongside his medical pursuits, choosing to focus more on writing songs than performing them.

Watch out, professors. He just might write the next great hit in your classroom.

Meet the New Cavalier on Horseback: She’s Eager To ‘Carry On a Legacy’ END_OF_DOCUMENT_TOKEN_TO_BE_REPLACED

Virginia Football – For All Virginia END_OF_DOCUMENT_TOKEN_TO_BE_REPLACED