Whites of Their Eyes: Study Finds Infants Respond to Social Cues From Sclera 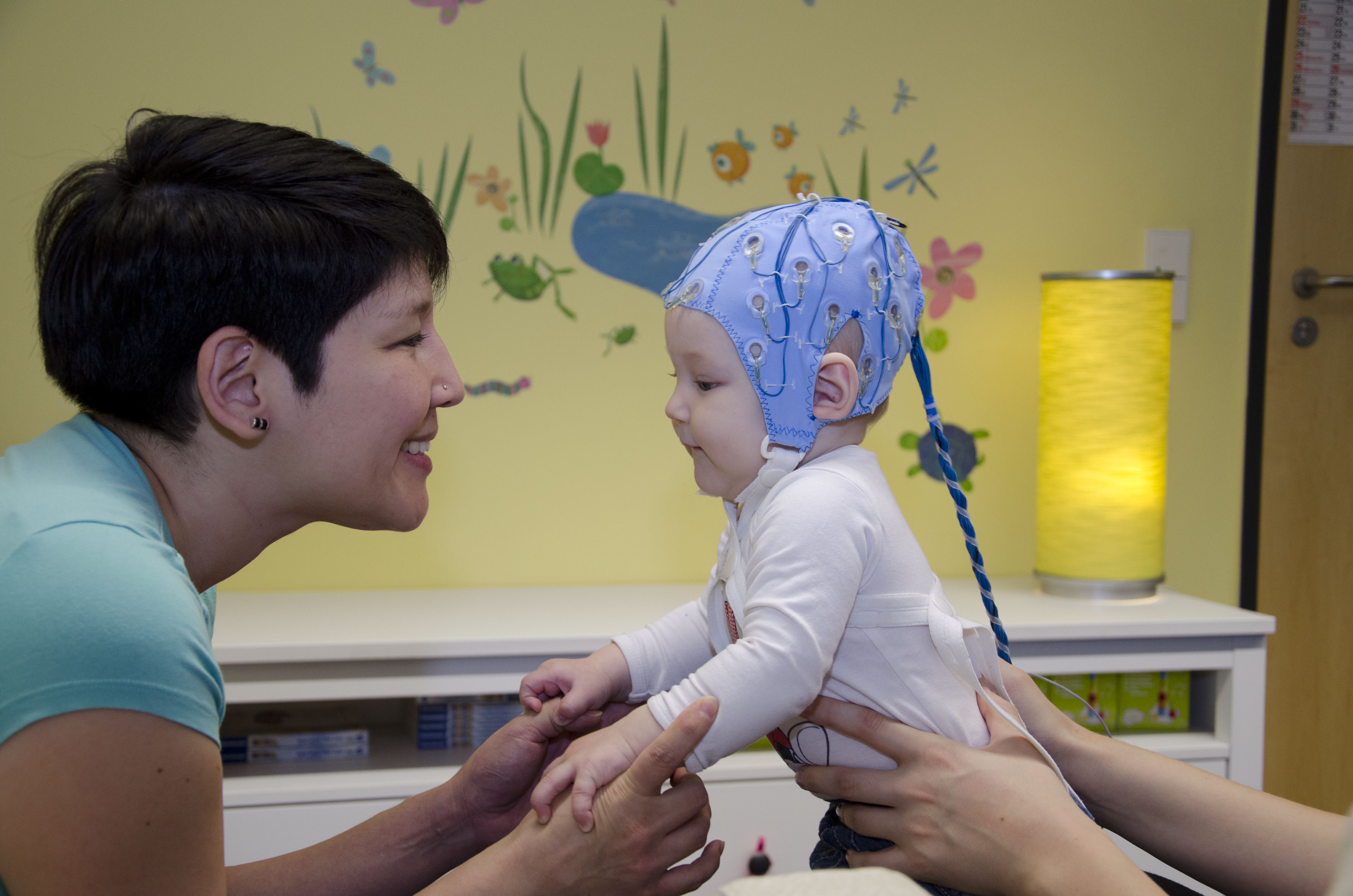 Humans are the only primates with large, highly visible sclera – the white part of the eye.

The eye plays a significant role in the expressiveness of a face, and how much sclera is shown can indicate the emotions or behavioral attitudes of a person. Wide-open eyes, exposing a lot of white, indicate fear or surprise. A thinner slit of exposed eye, such as when smiling, expresses happiness or joy. Averted eyes, as well as direct eye contact, can mean several things. So the eye white, or how much of it is shown and at what angle, plays a role in the social and cooperative interactions among humans.

Adult humans are well-attuned to social cues involving the eye and use them, along with a great range of other facial and body features, to respond appropriately during social interactions. This sensitivity to eye cues is hard-wired into the brain of adults as they respond to social eye cues even without consciously seeing them.

But it is unclear whether the ability to unconsciously distinguish between different social cues indicated by the eyes exists early in development and can therefore be considered a key feature of the human social makeup.

A new University of Virginia and Max Planck Institute study, published online this week in the journal Proceedings of the National Academy of Sciences, finds that the ability to respond to eye cues apparently develops during infancy – at seven or so months.

“Our study provides developmental evidence for the notion that humans possess specific brain processes that allow them to automatically respond to eye cues,” said Tobias Grossmann, a University of Virginia developmental psychologist and one of the study’s authors.

Grossmann and his Max Planck Institute colleague Sarah Jessen used electroencephalography, or EEG, to measure the brain activity of 7-month-old infants while showing images of eyes wide open, narrowly opened, and with direct or averted gazes.

They found that the infants’ brains responded differently depending on the expression suggested by the eyes they viewed, which were shown absent of other facial features. They viewed the eye images for only 50 milliseconds – which is much less time than needed for an infant of this age to consciously perceive this kind of visual information.

“Their brains clearly responded to social cues conveyed through the eyes, indicating that even without conscious awareness, human infants are able to detect subtle social cues,” Grossmann said.

“This demonstrates that, like adults, infants are sensitive to eye expressions of fear and direction of focus, and that these responses operate without conscious awareness,” Grossmann said. “The existence of such brain mechanisms in infants likely provides a vital foundation for the development of social interactive skills in humans.”

The infants in the study wore an EEG cap, like a small hat, which included sensors that could detect brain signals. Infants were sitting in the laps of their parents during the testing.

The study was conducted at the Max Planck Institute for Human Cognitive and Brain Sciences in Leipzig, Germany where Grossmann directs the Early Social Development Group.

What’s Next for UVA’s Class of 2022? END_OF_DOCUMENT_TOKEN_TO_BE_REPLACED