Why Are So Many Asian Americans Unemployed During the Pandemic? 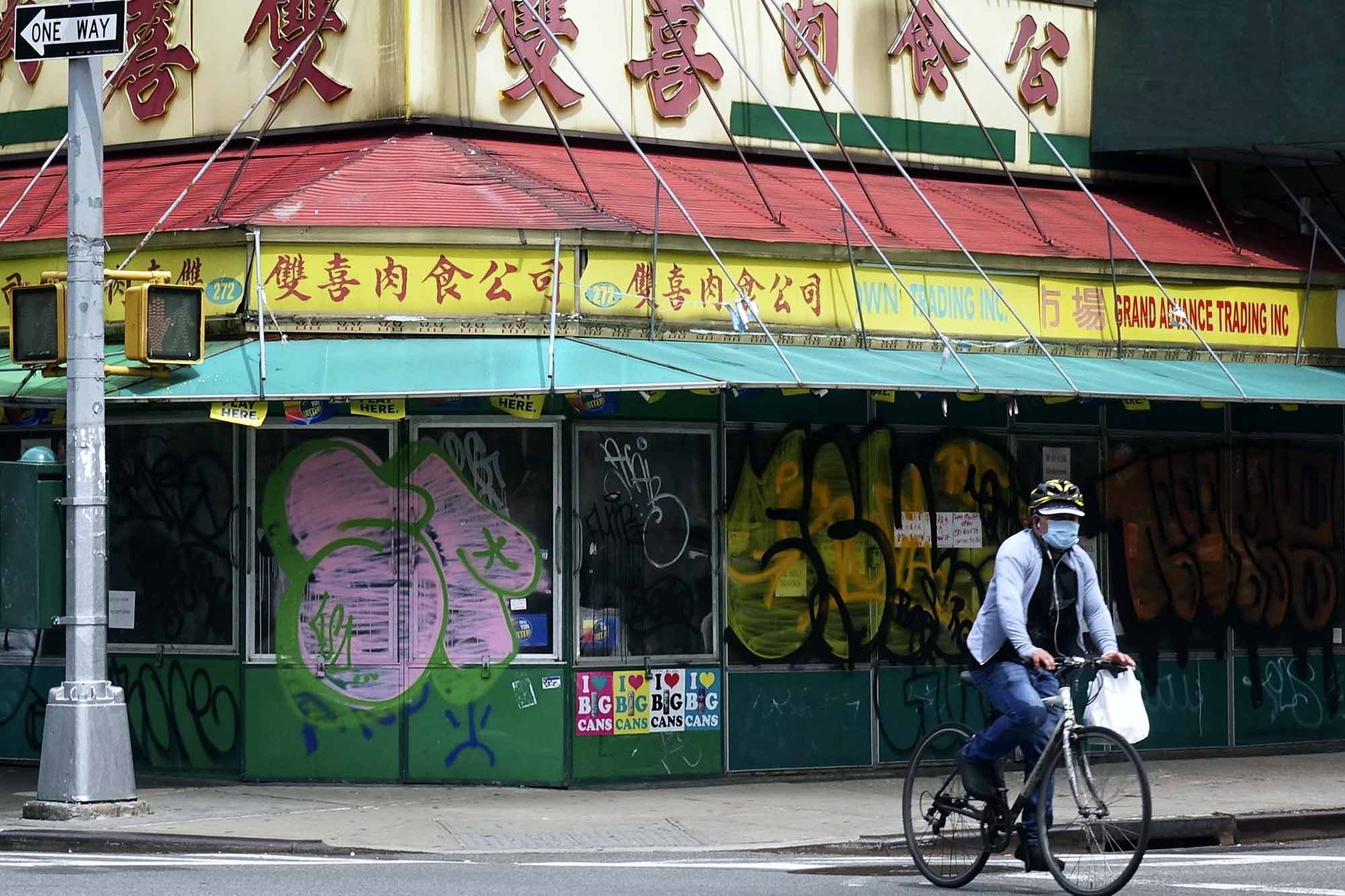 Historically, the unemployment rate has always been low for Asian Americans. Even during the Great Recession, they maintained the lowest unemployment of all race groups.

But during the pandemic, the script has flipped, with Asian Americans now having unemployment rates higher than whites.

It was a puzzle that Qian Cai, Shonel Sen and Rebecca Draughon – demographers at the University of Virginia’s Weldon Cooper Center for Public Service – found intriguing.

UVA Today caught up with Cai, Sen and Draughon via email to take a deeper dive into the issue.

Q. Why did this topic interest you so much?

A. We felt there was a blind spot in the analysis surrounding the uncharacteristically high Asian American unemployment rate during the pandemic. Some hypothesized anti-Asian racism, fueled by racist language such as the “China flu” and the “kung flu,” had made Asians unable to keep, or fearful to return to, their jobs. Others argued the high unemployment was because many Asians work in restaurants or nail salons, some of the hardest hit sectors of the pandemic. But in fact, the percent of Asians working in the service industry in the U.S. was on par with that of whites, and much lower than those of Blacks and Hispanics. 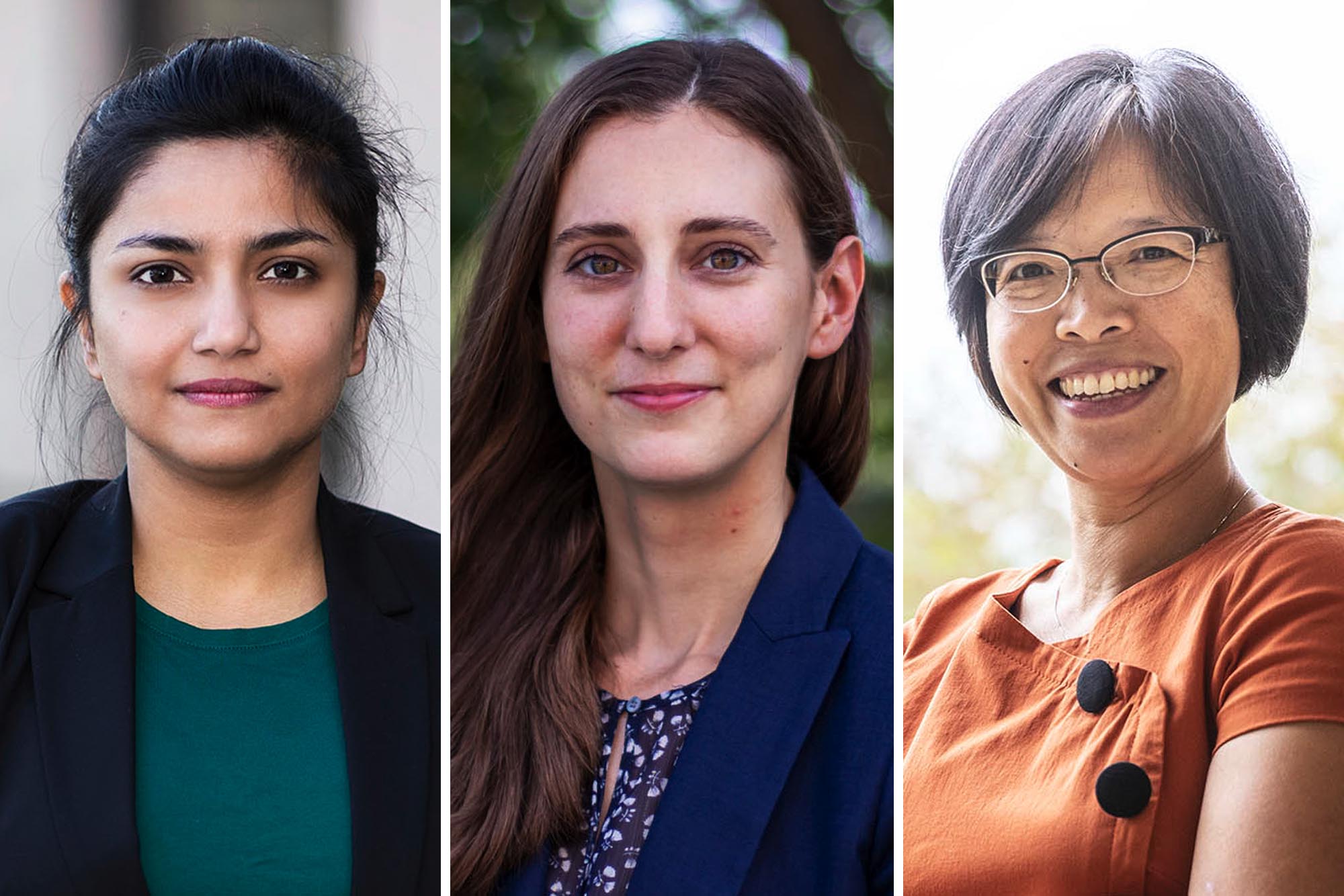 There was also the suggestion that Asians tend to live in multigenerational households and therefore concern over the health of older family members may keep workers home. But a Federal Reserve Bank of Chicago study found that multigenerational living was not a factor.

We think some unique demographic, cultural and geographic factors may help to explain the uncharacteristically high unemployment among Asian Americans, and that heightened fear of the lethal virus may be a driving force for Asian American voluntary unemployment.

Q. In your report, you concluded that “home country influence” is likely one of the factors in the higher unemployment rates. Can you share some of your thoughts regarding this, and how do you believe this phenomenon manifests?

A. Unlike populations of other races, Asians in the U.S. are predominantly immigrants, with 77% of Asian adults being foreign-born. This means that many Asians have strong social connections and informational networks within their home countries.

Because COVID-19 first broke out in Wuhan, China, and quickly spread to many Asian countries, Asian Americans, especially those from East and Southeast Asia, had early warnings about the deadly nature of the coronavirus through their social network in their home country. The unprecedented, ultra-strict lockdown measures implemented in China, for example, gripped the hearts of overseas Chinese and sent an unmistakable signal about the severity of the virus.

In addition, memories of the 2002 SARS outbreak in China, Hong Kong, Taiwan, Vietnam and Singapore are still fresh for many Asian Americans. The similar characteristics of COVID-19 prompted many to maintain a high level of vigilance and caution from the very beginning of the pandemic.

Detailed, in-depth information coming from the lived experience of friends and family in areas first affected by the coronavirus influenced Asian Americans’ behaviors. Many Chinese communities, for example, quickly cancelled Lunar New Year celebrations in February 2020, when the coronavirus cases were found in the U.S. Asians were among the first to wear facemasks, and were the most active in securing and donating facemasks to frontline health and essential workers.

Q. What are some other cultural factors that could be influencing current trends?

A. Wearing masks in public is a common practice in many East Asian countries, to prevent the spread of respiratory diseases during cold and flu season, or as protection against air pollution or wind chill. Consequently, while mask wearing was met with considerable resistance across the U.S., it rarely became politicized among Asian communities. Hence, masks were adopted easily and early on by many Asian Americans.

Less skepticism about following government recommendations also meant other Centers for Disease Control guidelines, such as social distancing or avoiding large gatherings, seemed natural and necessary in order to prevent the spread of the virus.

Q. Asians have the highest median household income among all racial groups in the U.S. – nearly $94,000 in 2019 – according to your report. How does this play into things?

A. Higher household income, in combination with cultural norms that encourage saving and accruing assets, may provide some safety net for out-of-work Asian Americans. Especially for cases of voluntary unemployment during COVID-19, people may be making economically costly decisions to balance health and safety against earning a livelihood. Having a financial buffer may enable Asian families to tide over for a longer period of unemployment or to delay their return to work.

Q. During the course of your research, what were the biggest surprises?

A. We were struck by the lack of cultural and demographic considerations in coverage of COVID-19 unemployment, especially as these seem to inform many aspects of Asian Americans’ response to the virus. Not only might Asian Americans be temporarily opting out of work, we found companion evidence of the “fear factor” in play in decisions about returning to in-person school as well. Asian families, despite their well-known emphasis on children’s education and academic excellence, predominantly preferred online to in-person school during the pandemic. A survey in New York City, for instance, found that more than three-quarters of Asian students opted for remote learning, compared to 41% of white students.

While vigilance may be the root cause, the need to supervise children learning from home may further contribute to lower employment or reduced work hours for parents.

Q. Looking into the future, how do you see the Asian American unemployment rate changing, if at all? Are there some specific things you’ll be paying close attention to?

A. We expect that the uncharacteristically high unemployment for Asian Americans is temporary and will gradually improve in tandem with other race groups. Opting out of the labor market is not sustainable in the long term; practical realities and financial pragmatism will organically bring Asians back to the workforce. Employment figures have been recovering slowly since May and the latest November Bureau of Labor Statistics data shows further convergence between Asian and white unemployment rates. With increasing vaccine access and other precautionary measures, we expect the Asian unemployment rate will soon return to be the lowest among all racial groups.

A. Asians are heavily concentrated in large metro areas and in states such as California, New York and New Jersey, where the economies were among the hardest hit during the pandemic. High unemployment in urban centers may have disproportionately impacted the Asian labor force.

While we hypothesize that heightened fear and vigilance may have prompted Asian Americans’ voluntary unemployment, including furlough and reduced work hours, there is no concrete survey data currently available to support it. We instead rely on demographic analysis, cultural understanding and anecdotal evidence, to hopefully bring some insights to explain why so many Asian Americans are unemployed during the COVID-19 pandemic.