Woodson Institute Marks 75 Years of ‘Their Eyes Were Watching God’ 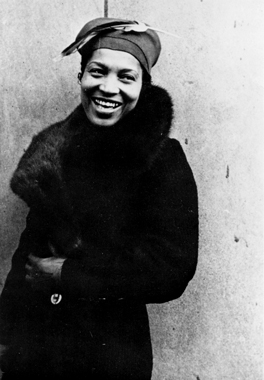 University of Virginia English professor Deborah McDowell was in graduate school when she first read Zora Neale Hurston. Women on college campuses and in living rooms in the mid-1970s were passing around out-of-print, dog-eared copies of her books, especially “Their Eyes Were Watching God.”

Today, the book – back in print – is considered trailblazing for its depiction of black life in the early 20th century and is taught in colleges and universities around the world.

The Carter G. Woodson Institute of African-American and African Studies in U.Va.’s College of Arts & Sciences, which McDowell directs, will commemorate the novel and discuss its impact on American literary and cultural history on Sept. 18 – the 75th anniversary of its publication – from 4:30 to 6 p.m. in the Minor Hall auditorium.

At the event, which is free and open to the public, panelists will give brief remarks on a range of themes that the novel addresses, then open the floor for larger discussion with the audience.Panelists include:

• Lisa Woolfork, associate professor of English, speaking on the history and context of African-American women’s writing;

• Gertrude Fraser, anthropology professor and vice provost for faculty recruitment and retention, on Hurston as an anthropologist and the implications of that training in her fiction;

• Kwame Holmes, a post-doctoral fellow at the Woodson Institute, on love and sexuality in the novel;

• Victor Cabas, associate professor of rhetoric at Hampden-Sydney College, on Hurston’s novel and the blues.

“In much black American fiction, the focus has been on interracial contacts and connections, to great success in many works,” McDowell said. “‘Their Eyes Were Watching God’ is rightly credited with providing to black Americans and to any other readers a sense of black life lived from the inside – a group of people unabashed, completely self-contained, completely at home in their own lives, their folkways, their mores, their food ways, their music – you name it.”

The novel received mixed reviews when it first came out, with some black critics saying it wasn’t political enough. Historian Carter Woodson, however, wrote in his review, “The author deserves great praise for the skill and effectiveness shown in the writing of this book.”

Hurston did not live to see the resurgence of her work. After being falsely accused of child molestation in 1948 and working as a substitute teacher and maid, she died in 1960 and was buried in an unmarked grave in Fort Pierce, Fla. According to Wikipedia, author Alice Walker and literary scholar Charlotte Hunt found an unmarked grave in the same cemetery in 1973 and marked it as Hurston’s.

Netflix to Add Ads. Why This Could Be a ‘Game-Changer’ for Your Viewing Experience END_OF_DOCUMENT_TOKEN_TO_BE_REPLACED

What’s Next for UVA’s Class of 2022? END_OF_DOCUMENT_TOKEN_TO_BE_REPLACED