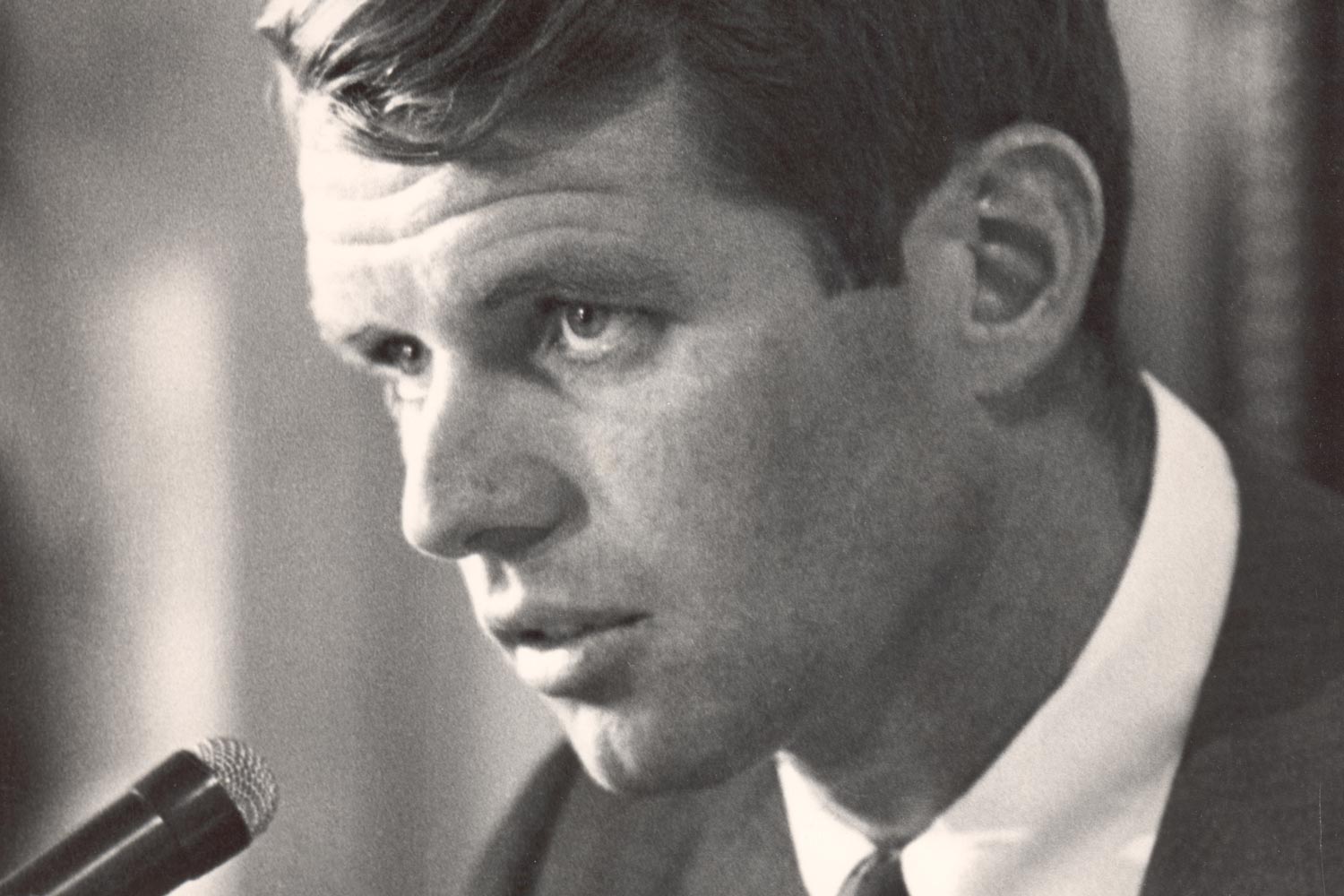 Better known as “Bobby,” Kennedy served as attorney general from 1961 to 1964, during a pivotal moment in the civil rights movement, and as a U.S. senator from 1965 to 1968, opposing American involvement in the Vietnam War (despite earlier support as part of the administration of his brother, President John F. Kennedy).

He was shot in Los Angeles during a run for the presidency, and died June 6.

In remembrance of this distinguished public servant, the Law School has chosen some of his most inspiring and memorable quotes:

• “Few will have the greatness to bend history itself, but each of us can work to change a small portion of events. It is from numberless diverse acts of courage and belief that human history is shaped. Each time a man stands up for an ideal, or acts to improve the lot of others, or strikes out against injustice, he sends forth a tiny ripple of hope, and crossing each other from a million different centers of energy and daring those ripples build a current which can sweep down the mightiest walls of oppression and resistance.”

•  “Just because we cannot see clearly the end of the road, that is no reason for not setting out on the essential journey.”

— July 1, 1964, speaking as attorney general in Poland during the Cold War

• “We must recognize the full human equality of all of our people before God, before the law, and in the councils of government. We must do this, not because it is economically advantageous, although it is; not because the laws of God command it, although they do; not because people in other lands wish it so. We must do it for the single and fundamental reason that it is the right thing to do.”

• “Tragedy is a tool for the living to gain wisdom, not a guide by which to live.”

• “Whenever any American’s life is taken by another American unnecessarily – whether it is done in the name of the law or in the defiance of law, by one man or a gang, in cold blood or in passion, in an attack of violence or in response to violence – whenever we tear at the fabric of life which another man has painfully and clumsily woven for himself and his children, the whole nation is degraded.”

A Year We Will Never Forget: 2019-20 in Review END_OF_DOCUMENT_TOKEN_TO_BE_REPLACED

‘What Will You Carry With You?’ Remarks From UVA President Jim Ryan END_OF_DOCUMENT_TOKEN_TO_BE_REPLACED