‘You Are Getting Very Sleepy’: When Hypnotism Came to America 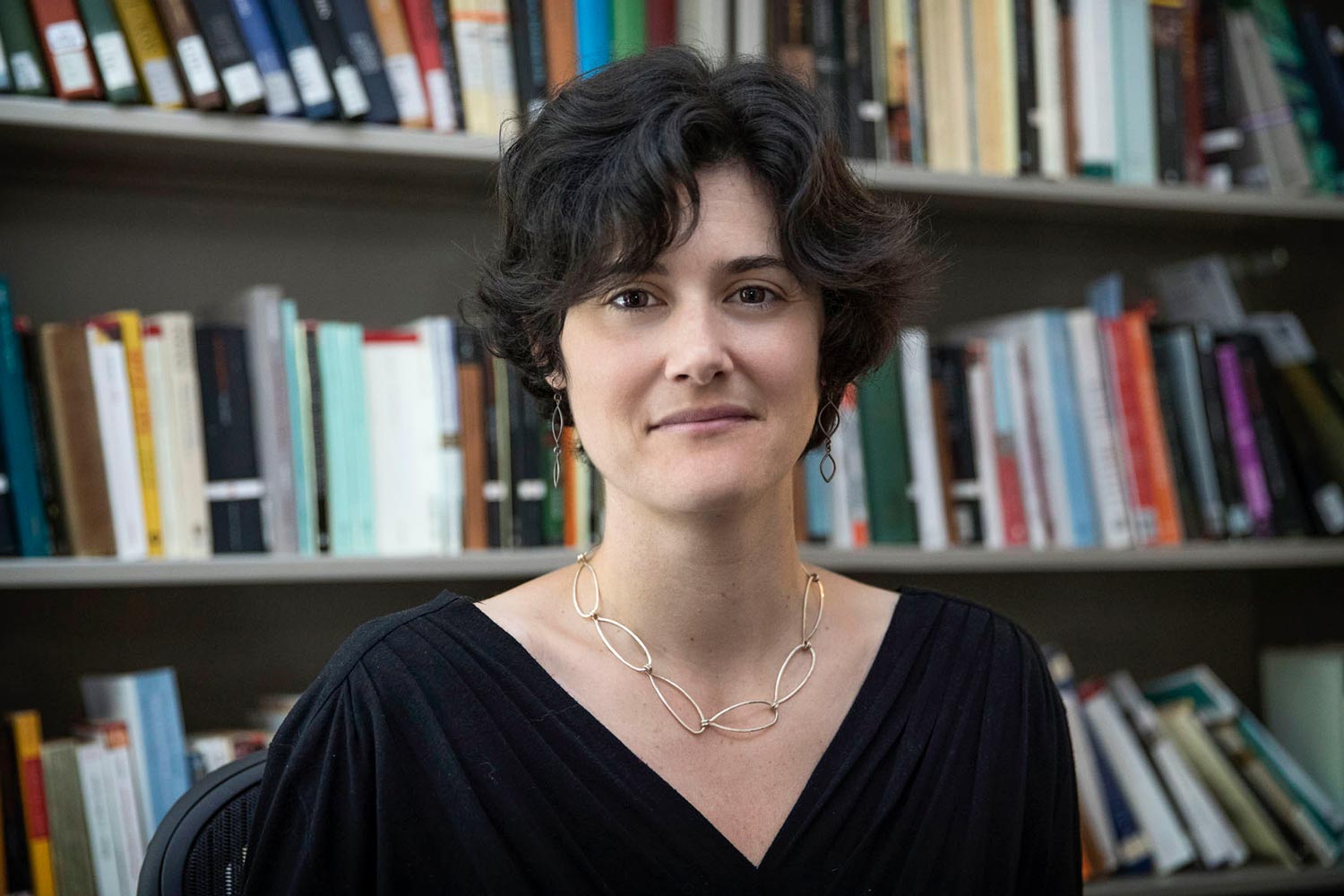 In the early 19th century, American factory workers often labored for 12-hour shifts, six days a week, and weaver Cynthia Gleason was having trouble sleeping. That is, until Dr. Charles Poyen “mesmerized” the textile worker to sleep through the night and wake up at a specific time the next morning. No one could wake her until she woke up herself at 8 a.m.

Poyen, who came to the U.S. from the Caribbean island of Guadeloupe, claimed that he could manipulate Gleason through the power of his will with what was called “animal magnetism.” Thus, the first practitioner of “mesmerism” in the early 19th-century U.S. used and sought to explain what later came to be called “hypnotism” not for entertainment, but for science. Or so he said.

Two hundred years later, hypnotism still is practiced as on-stage entertainment and in the therapist’s office to deal with health problems. Some believe it is real, while some remain skeptical.

In her recent book, “Credulity: A Cultural History of U.S. Mesmerism,” Emily Ogden, an assistant professor of English at the University of Virginia, employs new research about the phenomenon to explore ideas about science and religion, reflected in literature and other documents.

When Ogden was invited to write about her new book by the Campaign for the American Reader blog, she wrote, “Like Americans in the present, Americans in the 19th century worried about fake news: they were surrounded with financial scheming, quackery, and shady politics. When I describe mesmerism, you’ll probably think it was part of the problem. Mesmerists claimed they could entrance people, control minds and gift their subjects with clairvoyant powers. More quackery, right? But they took the U.S. by storm: everyone wanted to mesmerize or be mesmerized. Why?

“I think it’s because, even as mesmerists were accused of duping people, they tried to explain how duping worked. They said that the mesmeric trance was, essentially, a state of belief: their experiments could explain how and why people come to be credulous, or gullible. Their explanation wasn’t simple – nor was credulity itself.” 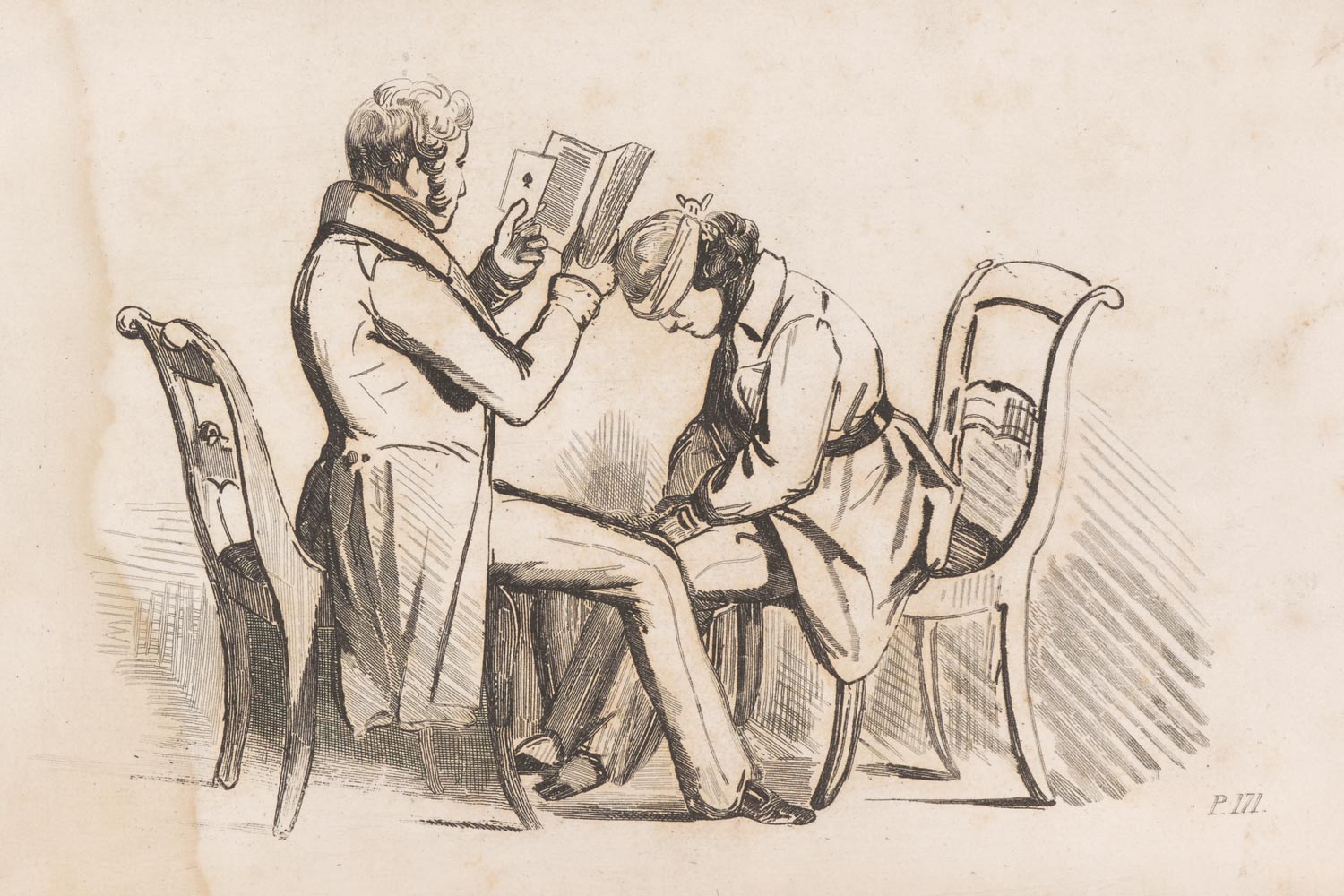 Ogden’s book delves into the heyday of 19th-century mesmerism in the U.S., the precursor to stage hypnotism. In her research, Ogden found instances of mesmerism being used by Caribbean plantation owners on their slaves, most likely to get information from them. She also reveals what Benjamin Franklin and other early reviewers in the late 18th century had to say about mesmerism, and explores how American authors including Nathaniel Hawthorne, Edgar Allan Poe and Herman Melville incorporated the phenomenon into their fiction.

Ogden initially got interested in mesmerism through Melville’s “Moby-Dick,” thinking about “Ahab’s control over his crew and some of the things he does,” she said.

“When the stars – and a storm – seem against the Pequod’s quest, and allegiance flags, Ahab performs false magnetic magic to restore the crew’s faith,” Ogden writes, by having them stare at a coin.

She also explores several of Poe’s stories that involve mesmerism or animal magnetism, including “A Tale of the Ragged Mountains,” which is set in Charlottesville and recounts what happens between Dr. Templeton, a mesmerist, and his patient, Bedlo. It shows Poe’s penchant for playing with delusion and reality, for blurring the boundaries between fact and fiction.

“In Poe’s ‘Tale,’ Templeton’s act of writing his memoirs in his study triggers his somnambulist, Bedlo, to experience the same events. … Bedlo lives through the story as Templeton writes it down – though neither he nor Templeton at first realizes what is happening or even that they are in magnetic rapport,” she writes.

Mesmerism rose to prominence in the late 18th century, when the Austrian physician Franz Mesmer drew attention in Paris, claiming to cure illnesses with his “animal magnetism” – referring to an invisible magnetic fluid that a practitioner could send to influence another person, creating a bond that later practitioners called a “rapport.” The people who were mesmerized – sometimes called somnambulists –  were often those considered weak, susceptible, primitive or to be suffering from some kind of illness.

Mesmerized people often displayed clairvoyance and seemingly traveled somewhere else in their minds while under the influence.

“The clairvoyant ability was associated with weakness and pathology,” Ogden said. People could be swayed because they didn’t have a strong enough mind or constitution.

As mesmerism took France by storm, Benjamin Franklin, who became the first ambassador to France, from 1778 to 1785, and was living near Paris at the time, headed a commission to review the practice of mesmerism and investigate whether it was based on a separate force similar to magnetism or electricity. He came up with the explanation of a person being suggestible or overly imaginative and discredited the existence of animal magnetism and power of mesmerism.

After the French Revolution, however, mesmerism enjoyed a resurgence and Poyen learned about it when studying medicine in France. He then brought it to America, touring to different cities, including Providence, Rhode Island, where he met Gleason, who complained of the inability to sleep through the night because of various pains.

Ogden researched French colonial archives in France, where she found out more about Poyen’s family background, as well as evidence that mesmerism had been used by Guadeloupe’s slaveholders. Plantation owners, often outnumbered by the enslaved laborers, were continually afraid of revolt and perhaps saw mesmerism as a way to gather intelligence. Poyen came from a family that owned a sugar plantation and slaves in Guadeloupe.

“Poyen had presented animal magnetism as a means of both curing illness (by rebalancing the body’s nervous fluids) and inducing clairvoyant states,” Ogden writes. Poyen published “Progress of Animal Magnetism in New England” in 1837 and several other articles intended to explain how animal magnetism worked scientifically and what uses it might have.

Rather than having Gleason stare at a swinging pocket watch, Poyen, like other mesmerists at the time, used an elaborate process of staring at her and passing his hands over and around her to induce her into a trance before telling her to go to sleep.

The pair began working together every day and then demonstrating the power of his mesmerism in meetings in front of other people. They conducted different kinds of demonstrations of his power over her and of her clairvoyance: For instance, after Gleason was blindfolded, the doctor held up different objects behind her head, and she was able to name each one.

Ogden speculates that one person’s power of suggestion over another enables the possibility of creating a kind of collaborative or improvisational performance, even unintentionally without people setting it up on purpose.

Other mesmerists and their subjects became popular in the U.S. as it became a central phenomenon of 19th-century culture, Ogden said. They also toured different cities, giving demonstrations.

Eventually, spiritualist séances, which came out of mesmerism, eclipsed the latter in popularity, as those who formerly might have been the mesmerized ones became the mediums to communicate with the dead, supposedly.

All through the history of mesmerism and to the modern form of stage hypnosis today, Ogden said debunkers and practitioners did similar things and were after the same thing – to show that people can be tricked.

“We think we’re rational, in control to make our own choices,” Ogden said. “But there are experiences of influence we can’t explain.”

How some people seem to have the power of suggestion over others is still being explored today.