‘You Can’t Cure Glioblastomas With a Scalpel’: Discovery Leads to Career Shift 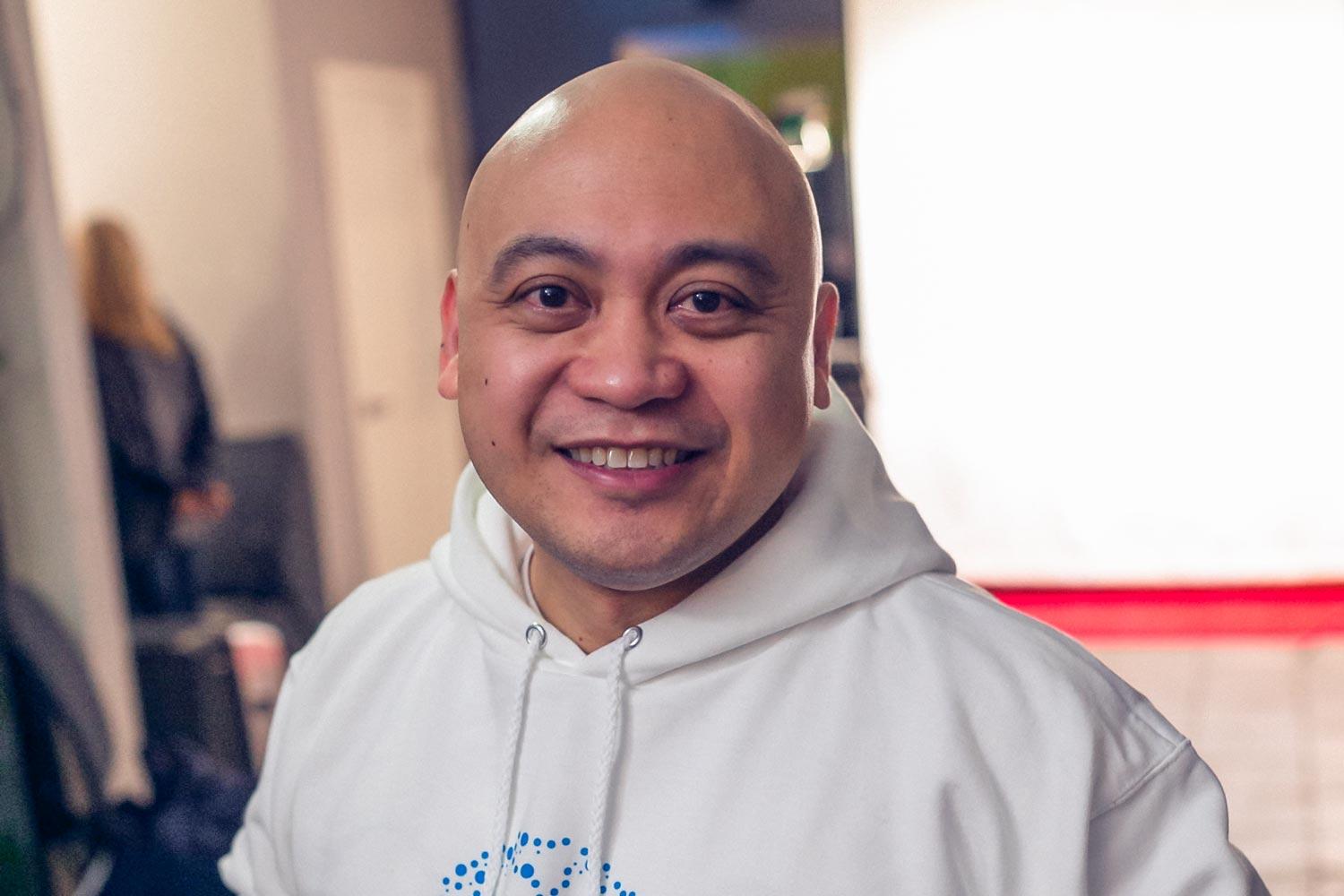 The walls of Dr. Shawn Carbonell’s office give him peace of mind.

When he looks at them, the University of Virginia alumnus knows, without a shadow of a doubt, that he made the right decision to walk away from the career he had trained for and dreamed of for nearly two decades.

There, in his San Francisco Bay-area office, are photos of men, women and children whom he has gotten to know through his new line of work.

They all have brain cancer.

“At least half of them are gone now, because it’s so aggressive,” Carbonell said.

That aggressiveness is why Carbonell knew he needed to change course and start his own biopharma company rather than becoming a neurosurgeon.

Time was of the essence. Too many people were dying. Too quickly. And Carbonell believed he had an idea that could help.

Today, that idea is coming closer to helping some of those people on Carbonell’s walls.

“My vision is it will be one of the go-to tools for oncologists to treat virtually any cancer.”

Carbonell has created a new class of drug therapies that he believes will give patients with cancer a better chance for survival. The lead candidate, OS2966, has produced cures in laboratory models of several different cancers. Based on these early results, the FDA has already granted “orphan drug status” to OS2966 in the treatment of glioblastoma and ovarian cancer. (The FDA describes orphan drugs as “those intended for the safe and effective treatment, diagnosis or prevention of rare diseases/disorders that affect fewer than 200,000 people in the U.S., or that affect more than 200,000 persons but are not expected to recover the costs of developing and marketing a treatment drug.”)

“My vision is it will be one of the go-to tools for oncologists to treat virtually any cancer,” Carbonell said.

Carbonell, a graduate of UVA’s Medical Scientist Training Program – a National Institutes of Health-funded combined M.D./Ph.D. program to produce physician-scientists – was born in Windsor, Ontario and grew up in Seattle.

From a young age, Carbonell was interested in science. One of his earliest memories is when a teacher at his elementary school asked him to draw what he wanted to be when he grew up and he drew a picture of himself as a scientist.

Mesmerized by reptiles, insects and plants, Carbonell would drag his dad to several local libraries every week and devoured every book on the subjects. Subsequently, he became fascinated by human biology. “I have always been drawn to the natural world,” Carbonell said.

While at the University of Washington as an undergraduate, Carbonell became intrigued by the brain.

In 1999, inspired by his mentors, he came to UVA with the intention of becoming an academic neurosurgeon.

“It was clear early on that he had a passion for doing research that would help patients who had either neurological disease or brain cancers,” said Gary Owens, a professor of cardiovascular research in UVA’s School of Medicine who then directed the Medical Scientist Training Program.

Carbonell cherished his time at UVA under Owens and his dissertation co-advisers Dr. Jim Mandell and Rick Horwitz.

“It was my favorite period in all of my training,” Carbonell said. “Charlottesville is beautiful and UVA was an amazing place to do science.”

“The  [Medical Scientist Training Program] was like a family. We enjoyed various programmatic activities like summer and winter retreats and wine-tasting tours. Socially, it was very enriching which is always helpful to offset the stress of grad school.”

After graduating with his Ph.D in neuroscience in 2005 and M.D. in 2006, Carbonell decided he wanted to put his neurosurgery residency on hold in order to do a post-doctoral fellowship studying brain cancer at Oxford University.

It was while he was at Oxford for three years that Carbonell proved that a “fundamental” molecule called CD29 – which, coincidentally, had first been discovered by Horwitz – was required for cancer metastasis, or spreading, to the brain.

“It was a really major finding,” Owens said.

Based on the discovery, Carbonell was offered a chance to stay on as a member of the Oxford faculty.

However, he still hadn’t given up on his goal of becoming a neurosurgeon and started his residency in 2009 at Cedars-Sinai Medical Center in Los Angeles, where he had been offered an honorary faculty appointment and a lab with startup funding.

But even in the call room late at night, Carbonell just couldn’t get CD29 out of his head.

Just four months later, realizing he needed to dedicate all of his time to the molecule which no one had targeted successfully before, Carbonell left Cedars-Sinai. He moved to San Francisco and—after a second post-doctoral fellowship at the University of California-San Francisco to further validate the CD29 hypothesis—spun out his biopharma company, OncoSynergy.

“He said he realized he wasn’t going to cure glioblastomas with a scalpel,” Owens recalled.

Carbonell slept on the floor of his lab for two months while bootstrapping his startup and seeking more substantial funding.

But Carbonell – teaming with his co-founder wife, Dr. Anne-Marie Carbonell, who also trained in neurosurgery – pushed onward and was eventually able to bring on board angel investors and, most recently, venture capital.

Just last week, the company took its first step toward clinical trials with an FDA submission. Carbonell says if everything goes well, the first trial – which will focus on patients with glioblastoma – could enroll patients within a year.

“I think this is exactly what I should be doing. This is my calling.”

Of course, Carbonell wishes he could speed the timeline up.

There is palpable frustration in his voice as he talks about the need to ease the suffering of people with cancer. “Despite billions of dollars spent in basic research, there still haven’t been very many clinical advancements in the past several decades, which is pretty shocking,” he said.

While at UVA, Carbonell’s first cancer patient was an 18-month-old girl.

“She unfortunately died one year later after several brutal treatments. That experience affected me deeply,” said Carbonell, who remains in touch with the girl’s parents.

A few years ago, Carbonell lost an uncle to colon cancer.

“That was one of the areas where my drug candidate, OS2966, could have made a difference,” he said. “I felt really helpless not being able to do anything. OS2966 required at least two years of additional development, but we were still struggling just to raise capital at that point.”

Carbonell, who is in the process of moving OncoSynergy from San Francisco to Greenwich, Connecticut, said the last nine years as a bioentrepreneur have been a “long and difficult winding road,” but he has no regrets.

“I think this is exactly what I should be doing,” he said. “This is my calling.”

And if he ever has any doubt, the photos on his walls are constant reminders.

“It continually inspires us to do what we’re doing,” he said. “We hope we can help them someday. Never soon enough.”