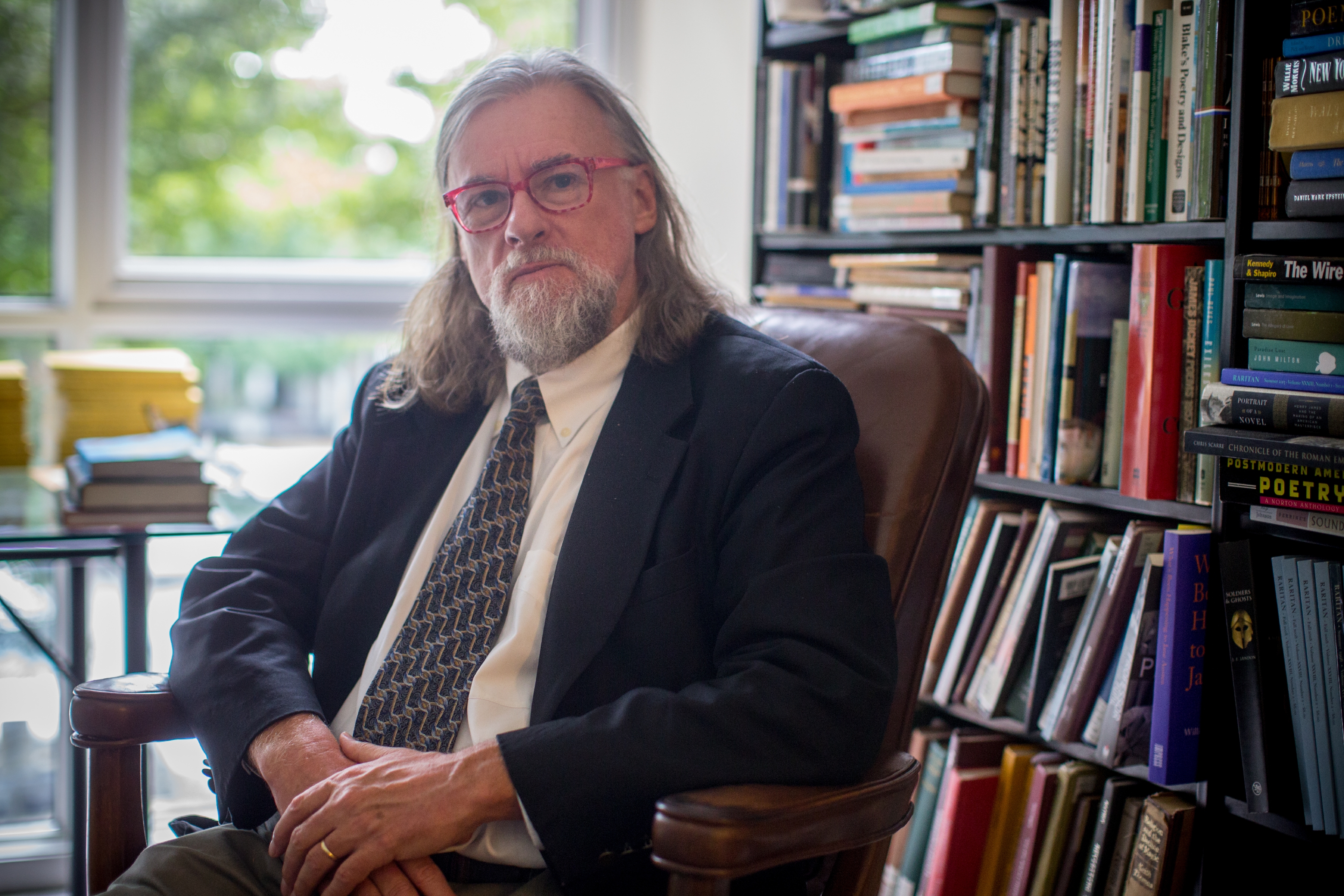 In this pragmatic, materialistic world, there scarcely seems room to follow the quest for truth, or to live a life devoted to compassion, or courage. But these ideals ought to be as important now as they ever were, according to Mark Edmundson’s latest book, “Self and Soul: A Defense of Ideals.”

Edmundson, a University Professor and a member of the University of Virginia’s English department for almost 30 years, has written an impassioned argument for reviving the ideals of courage, compassion and wisdom, by studying major writers, poets, philosophers and religious figures.

Whether a reader knows Homer’s “Iliad” or Plato’s “The Republic,” has fallen in love with the Romantic poets, recited Shakespeare on stage or pored over the works of Sigmund Freud – all of whom Edmundson discusses as guides to, or critics of, the ideals – he or she can reap their wisdom through the chapters of “Self and Soul” and perhaps be inspired to learn more about those seekers who, over the ages, have pursued what matters most in life.

The author of 11 books, Edmundson has published academic works, such as “Literature Against Philosophy, Plato to Derrida,” and “Towards Reading Freud,” several memoirs, including “The Fine Wisdom and Perfect Teachings of the Kings of Rock and Roll” and last year’s “Why Football Matters: My Education in the Game,” as well as essay collections, such as “Why Teach?” A prolific cultural critic, his essays have appeared in Harper’s Magazine, The American Scholar, the New York Times, the Chronicle of Higher Education and U.Va.-affiliated journals Hedgehog Review and Virginia Quarterly Review.

“This book took seven years to write,” he said, “and came directly out of my teaching here at the University of Virginia. I taught ‘Self and Soul’ at least once a year, and often twice. The students who took the course were my collaborators, challengers and guides. Warm thanks to them all!”

UVA Today asked Edmundson to talk about what he means by “self” and “soul,” why he thinks these ideals are necessary in current society and should be taught in our schools.

Q. Why do you think this discussion of ideals is needed?

A. I think that ideals are fading from the horizon of possibility, especially for the young.  Ideals have generally been banished from the cultural conversation, in academia particularly. All of us need to be reminded that courage and wisdom and compassion exist as live possibilities. We need to consider whether it’s possible to build a life with them. We’re getting terribly pragmatic, terribly materialistic. We need some alternatives.

Q. Who is the audience you have in mind?

A. Everyone, of course! Everyone.

But I’d especially like adults to use the book to see where they are in life and what they’d like to make of the rest of the time they have.

I’d like teachers to read the book so that they could explain the ideals to their students. There’s no reason not to talk to elementary school students about ideals, no reason not to explore ideals in an advanced graduate course.

And, of course, I’d love it if students read the book on their own, especially at the point when they are considering what to be and what to do in the world.

Q. Why do people need to return to these ideals of courage, compassion and contemplation, or the quest for truth?

A. Collectively, we need people to help us see what’s true and to defend us and to take care of those who need it. For a culture to thrive, such people are absolutely necessary.

But it’s important to know: people who do devote themselves to the ideals are not making themselves miserable through self-sacrifice. Their lives may be hard, but they are also often radiant with meaning.

Q. How do you, or how does one, spread these ideals beyond the academy?

A. The trick is first to spread the ideals within the academy. And that means taking a critical, or dialectical, position on them. I endorse studying the ideals and using their great sources directly: Plato, the Bible and Homer, among others.

But interrogate the ideals, too. Expose them to critique: Marxist, feminist, post-colonial, what have you. Then see where you are.

As to spreading them outside: I try to write as clearly as I can. I write as though I were teaching my U.Va. undergrads. I do that and hope for the best.

Q. How do you define these terms, “soul” especially? You’re obviously not referring to the Christian sense.

A. Soul to me isn’t a stable entity; it’s a state of being. (I take this idea from William Blake and from W.B. Yeats.) So you enter what I call a soul state when you are being compassionate, or protecting others or trying to find disinterested truth.

Soul for me isn’t connected to an afterlife, or to any particular religion. And soul isn’t something we go around with at every moment. Soul is something we achieve, for greater and lesser periods of time.

The rest of life is spent in what I call the state of self. Buddha and Jesus probably didn’t spend all that much time in the state of self, but most of us spend plenty (the author of “Self and Soul” included).

A. Self is our habitual state of being: it’s based on personal desire. We want to live and thrive and get ahead. Self is essentially about wanting things – for ourselves as individuals and then maybe for our families. And there are, I admit, more or less enlightened states of self.

But the great alternative to the state of self is the soul state, in which we live for hope and not desire; hold ourselves to high standards; and do something that helps our fellow men and women, in however large or small a way.

Q. Do you think people are ready to begin talking about ideals?

A. I do, yes. I think that people, and especially young people, want some more possibilities in life. Some of them will embrace the life of self (enlightened self, I hope), but others want more.

Our educational system and our professional world are pressing harder and harder to turn people into machines, or at least make them more machine-like. That’s not going to sit well with spirited people. They are going to want something better – and I’m guessing that is going to bring them to the ideals.

What’s Next for UVA’s Class of 2022? END_OF_DOCUMENT_TOKEN_TO_BE_REPLACED

How Affordable is UVA? END_OF_DOCUMENT_TOKEN_TO_BE_REPLACED