This is Your Brain on Politics: The Neuroscience That Shapes Our Views 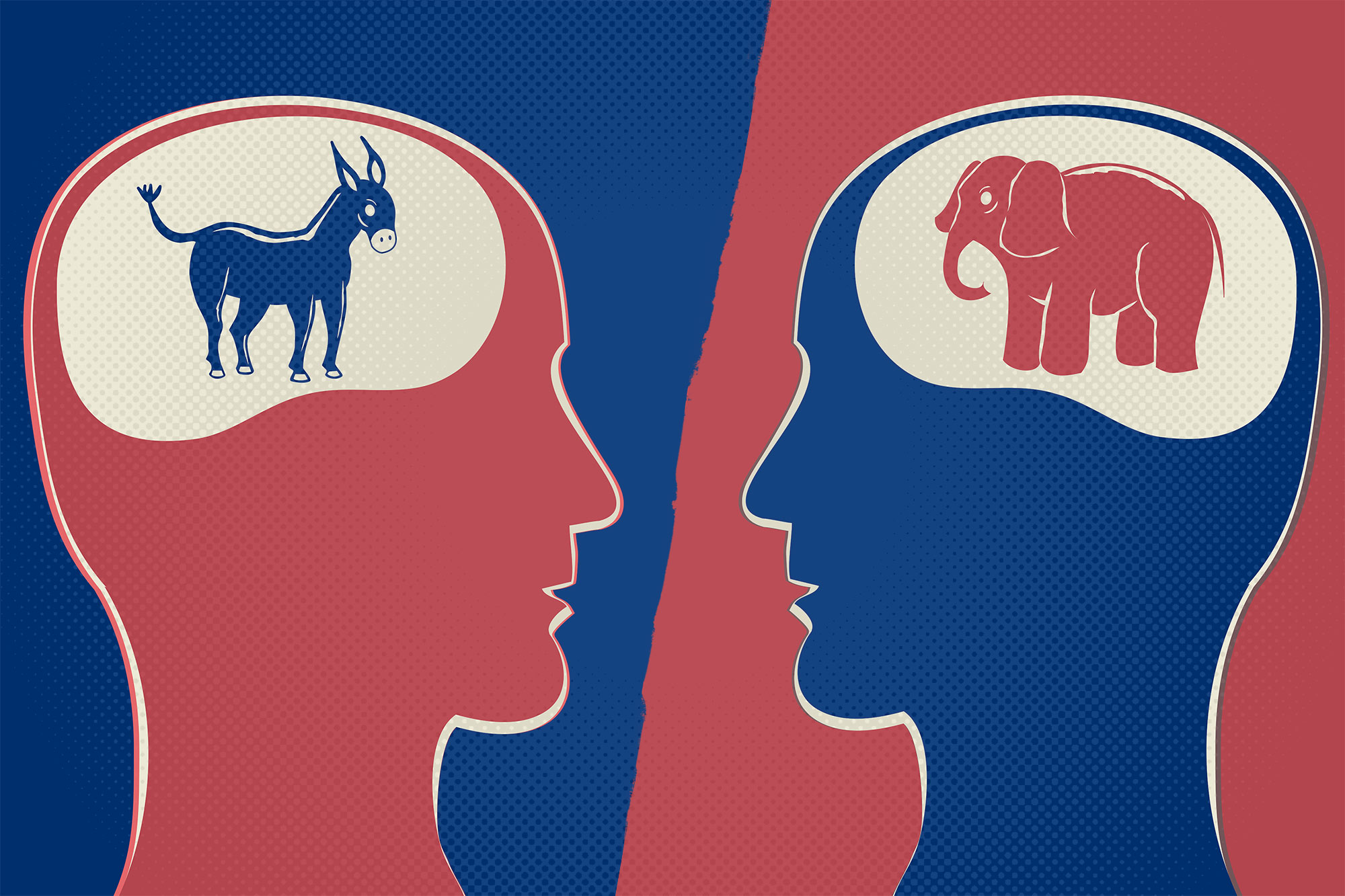 Liya Yu came to the University of Virginia with a unique understanding of political cohesion and division. Born in China, raised in Germany and having attended college in the United Kingdom, she’s seen up close the way that different societies can integrate or reject certain views, and came to study the ways those judgment calls are made.

“A central question that has occupied political philosophers for centuries is, ‘What are the cognitive conditions for us to live together?’” Yu said. “I became interested in that question, mainly in the context of our current society. It’s becoming more diverse, hyper-mobile, and we have different groups constantly shifting in and out.”

Yu is addressing this question with students as a lecturer in UVA’s Woodrow Wilson Department of Politics while she completes her Ph.D. dissertation at Columbia University. Her research combines political theory with social neuroscience, identifying underlying traits of the brain that shape our political behavior. 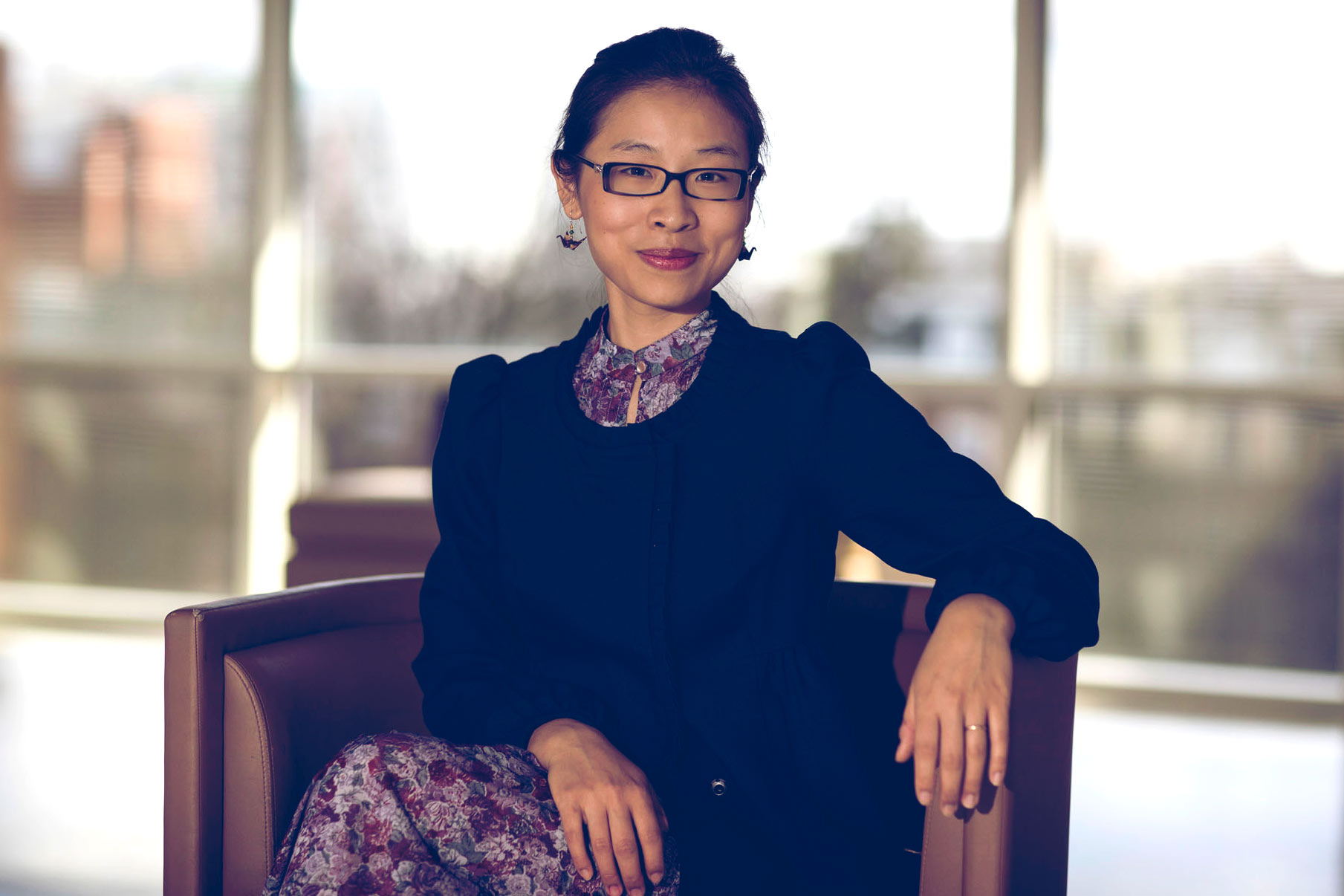 Her goal is to provide a bridge between constantly emerging brain data and the political language that shapes society. Specifically, she examines the involuntary functions of our brains that automatically characterize the world around us.

“There’s one cognitive ability that we all have which is potentially very disruptive for a hyper-diverse society. This ability is called dehumanization,” she said. “All of our brains – you’ve done it, I’ve done it, we’ve all done it – spontaneously humanize and dehumanize people. We spontaneously think some are part of our in-group and we spontaneously push others out, denying that they have their own feelings, thoughts and emotions.”

As an example of this cognitive process, Yu points to stereotypical depictions of Asians as machine-like people, working efficiently without emotion. This imagery denies basic shared human traits and pushes them further away from the empathy of other groups.

In politics, the tendency toward dehumanization leads to “us-versus-them” mentalities, and while dehumanization judgments begin subconsciously, they frequently leak into politic rhetoric in a way that reinforces division.

“As you can imagine, if this is manifested politically, we get to a climate – as we have currently – where people feel that they cannot speak their minds and that they have such little common ground, even on a human level, that anything that the other side says is used by your own side as an attack,” Yu said.

This trait occurs in people across the political spectrum and across cultures. It’s tied to our brains’ natural ability to make judgment calls.

“We know that there are ways to influence the brain, but the question is, ‘How determined are we to do this and what boundaries do we want to set down so that people in a liberal democracy are still protected in terms of their brains?” Yu said. “You should be able to make choices about your biases and not have some outside force like the state tell you how to think.”

Yu argues that neuroscience provides the best middle ground for tackling political bias and division while protecting independent thought and freedom of choice.

Research over the last three decades reveals the brain has a remarkable ability to expand the volume of its gray matter, which is involved in functions like memory, self-control and decision-making. Numerous studies suggest that our gray matter volume expands alongside greater education and when confronted with new information.

On a political level, Yu argues that providing examples that break long-held stereotypes can help lead to the kind of wider education that would shift brain functions and reactions.

“We know that examples of counter-stereotypical people help, like Khizr Khan, the Gold Star father who spoke at the Democratic National Convention. He showed his son Humayun – a Muslim – as a patriot and military hero. That gave people a counter-image to typical stereotypes of Muslims,” Yu said.

She explained that simply being aware of our own brain’s tendency toward bias and dehumanization can also help spark conversation and give people more freedom to share and debate their thoughts without fear of being labeled a certain way. She saw that in action with students in the fall semester of her class, “The Political Brain: Neuropolitical Explanations of Prejudice, Exclusion and Diversity,” where supporters of both Donald Trump and Hillary Clinton were able to use this understanding to maintain productive political discussions during the election.

“[Confronting this] allows us to see the brain as a universal organ that we all share and to de-vilify biased brain reactions that we all have. At the same time, we know to say, ‘This happens and you don’t have to be ashamed about it, but let’s start to talk about it politically and to talk about how it’s not acceptable,’” she said. “I think it’s been very empowering for my students. It let some students talk to each other who otherwise, if they just talked about their political values, would not be able to have a conversation for more than one minute without a fight.”

Armed with this information, Yu believes that lawmakers can learn to reach out to and collaborate more effectively with segments of the population that don’t normally fit within their political niche – whether that’s ethnic minorities, rural voters, different religious groups or any other groups that may feel left out and dehumanized.

“How I see my research in a broader way is really trying to forge a new political language out of brain science,” Yu said. “This opens new pathways for people to be able to talk and listen to each other.”