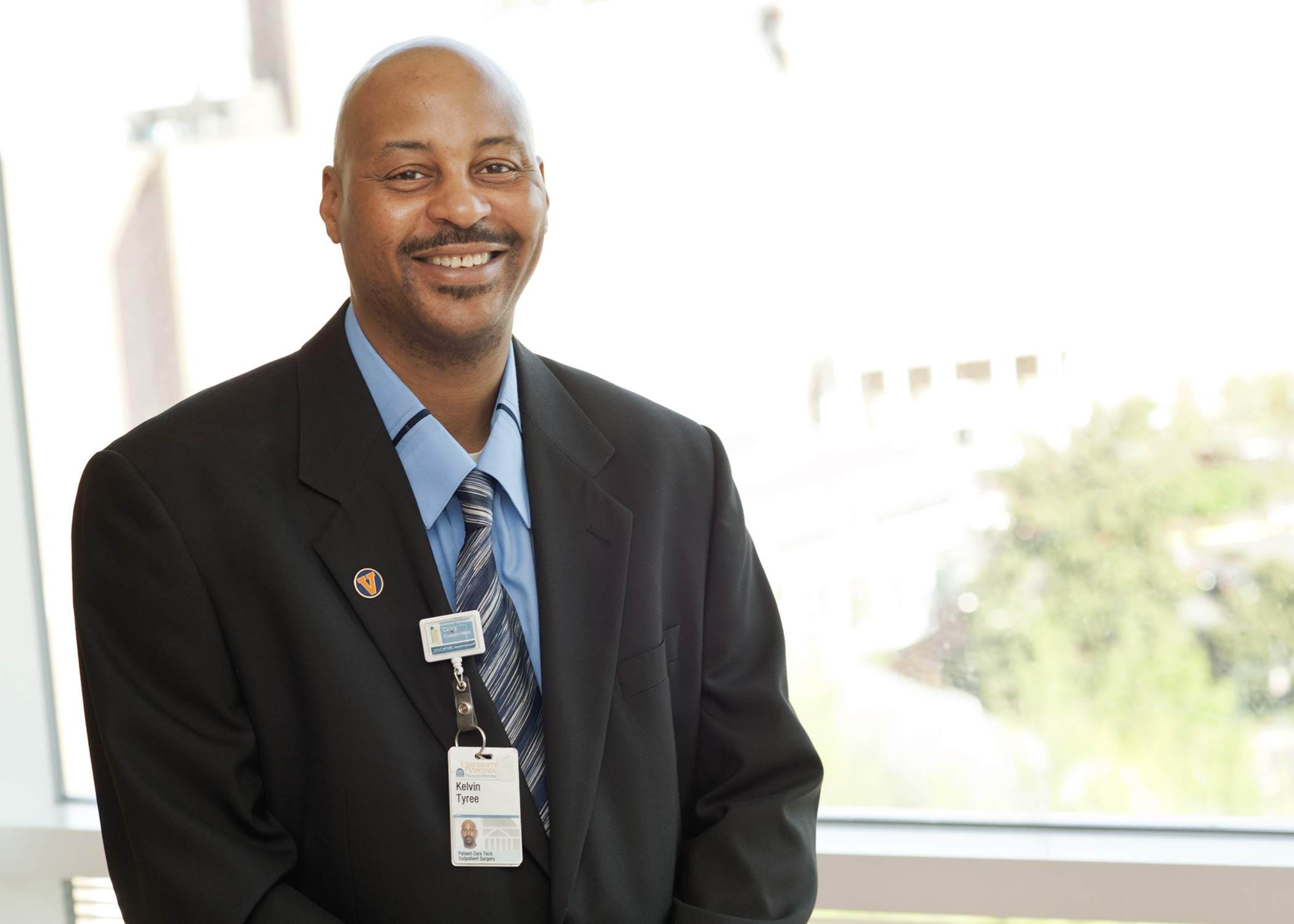 UVA Today is highlighting the winners of the 2013 Leonard W. Sandridge Outstanding Contribution Awards, the highest U.Va. honor staff members receive for their dedicated service to the University. Today: Kelvin Tyree, patient care technician in outpatient surgery. To see all of the stories, click here.

Patient care technician Kelvin Tyree is so enthusiastic about his work that taking a sick day raises real concern among his colleagues at the University of Virginia Health System’s Outpatient Surgery Center.

“If he calls in sick, we are all concerned that he is seriously ill because of the dedication that he has for his job,” wrote Dr. David Diduch, a U.Va. orthopedic surgeon, in his nomination letter.

As a patient care technician, Tyree is responsible for setting up and cleaning operating rooms, positioning patients, stocking supplies and “basically keeping the place running,” Diduch wrote, doing his work “with such a personal touch and sense of pride in his job.”

“Kelvin brings such a bounce to his step and his eagerness to do his job that the place absolutely hums with efficiency in a way that helps our facility and providers to take care of an optimal number of patients,” added Diduch, a medical director at the surgery center. “The even greater impact comes from his enthusiasm to serve and to work at such a high level of caring for those around him that everyone is swept up with his dedication.”

Tyree’s dedication was highlighted when some temporary room closures at the Outpatient Surgery Center required the treatment team to relocate to the main operating rooms to perform surgeries.

“Kelvin was the one that really made this process work by making sure that all of the necessary equipment was in place and the staff from both locations could work together in a cooperative way,” Diduch wrote.

Keeping a place like the center running smoothly and providing quality care takes the efforts of many people, and Diduch believes Tyree’s leadership qualities are key to making that possible.

“Kelvin, or ‘KT’ as he is fondly called, goes above and beyond every single day. He is the kind of guy that has never had a bad day in his life and lifts everyone up around him and makes this place shine,” Diduch wrote.