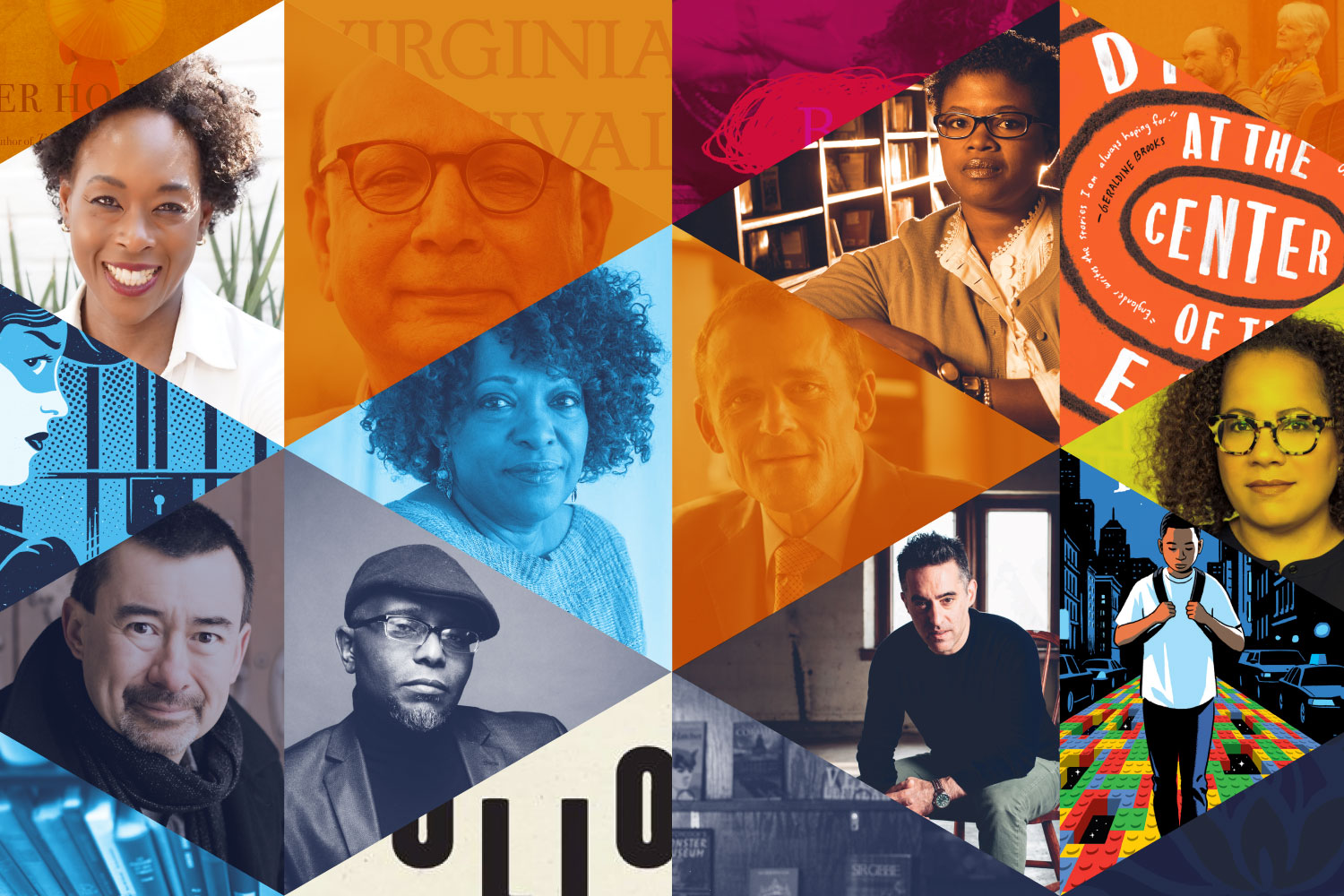 James E. Ryan, president-elect of the University of Virginia, will bring his inspiring and witty advice to the Virginia Festival of the Book in March. He joins a slate of more than 300 authors writing across the spectrum of genres, from crime thrillers to poetry to historical research, who will read their work and hold discussions as part of the annual book festival, to be held March 21 through 25.

In advance of the next chapter of his life at UVA, Ryan, currently dean of the Harvard Graduate School of Education, will talk with his friend and marathon running coach, Mark Lorenzoni, about “Life’s Essential Questions” on March 24 at 4 p.m. in the Paramount Theater. The program is free to attend, but tickets must be reserved through The Paramount Box Office.

The event’s title comes from Ryan’s 2016 commencement address to the Harvard education graduates that went viral. In the spring of 2017, he published it as a book, “Wait, What? And Life’s Other Essential Questions,” at the urging of a HarperCollins editor, and it quickly made the New York Times Best-Sellers list.

In “Wait, What?” Ryan describes the art of asking good questions, distilling them to five “essential” ones, and how they lead to better answers. Using examples from politics, history, popular culture, social movements and his own experience, he shows how good questions can create deeper understanding and stronger connections among people.

Ryan, selected by the Board of Visitors in September to become UVA’s ninth president, begins his term in October. He is a graduate of the UVA School of Law and previously served on its faculty for 15 years. 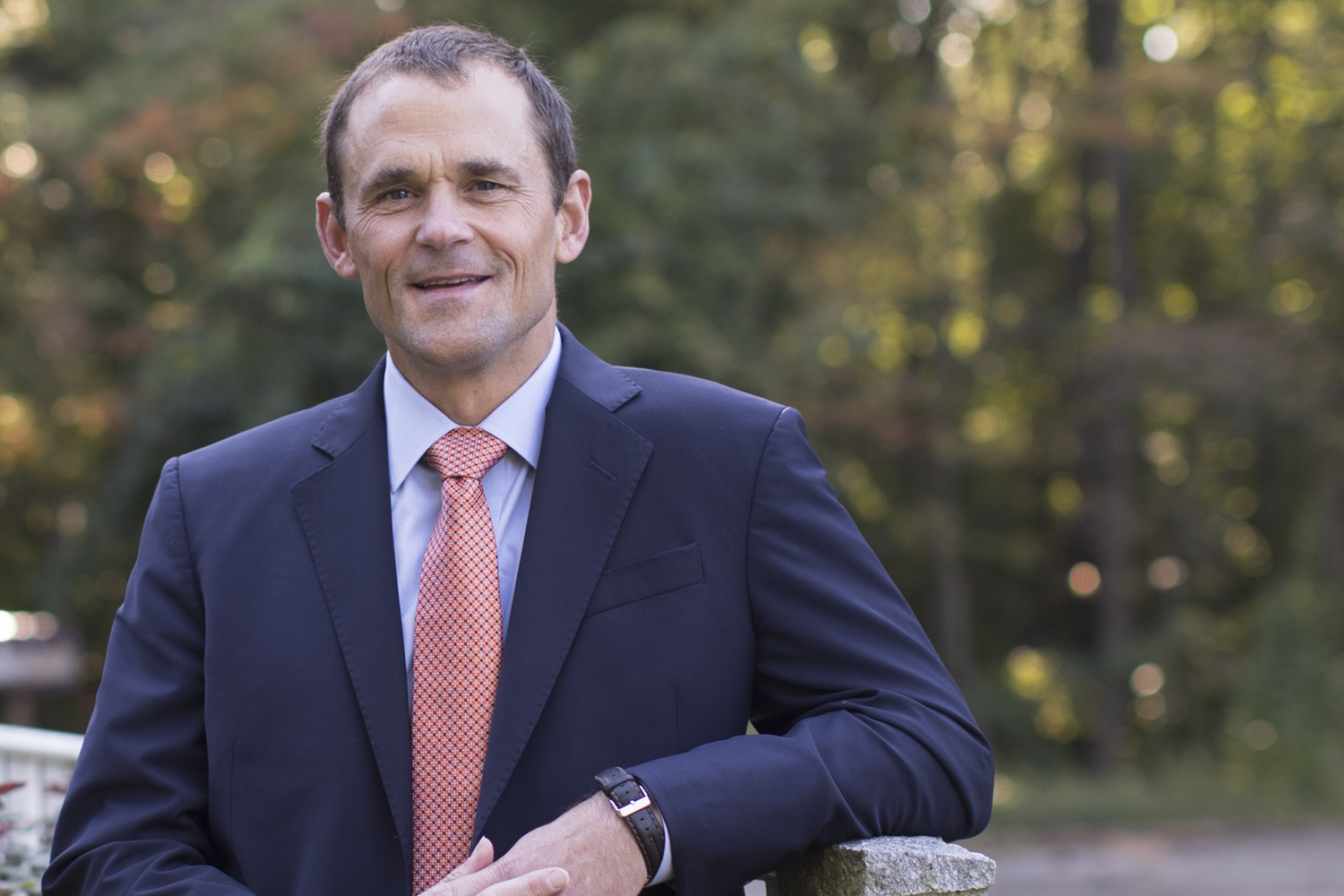 The Virginia Festival of the Book, produced by the Virginia Foundation for the Humanities and the Virginia Center for the Book, will present some 250 events over the five days. All programs are open to the public and most of them are free, with the exception of a few ticketed events.

The festival is presented through collaborations that include other foundations, corporations, bookstores, schools, libraries, area businesses and organizations, and committed individuals.

Two new partners this year are the National Book Foundation and the Anisfield-Wolf Book Award. These partnerships result in programs on a wide range of topics taking place at a variety of venues throughout the City of Charlottesville, Albemarle County and the University.

In Pursuit of Truth

On March 24, the same night of Ryan’s talk, the program, “In Pursuit of Truth: An Evening with the National Book Awards,” will feature several authors who have been National Book Award finalists. Lisa Lucas, executive director of the National Book Foundation, which gives the awards, will moderate the panel. Also taking place at the Paramount Theater, beginning at 8 p.m., tickets for this event cost $17.50 for general admission and $10 for students.

The featured authors’ books bring to light troubling moments of history that reveal American strains of racism and social inequality.

Erica Armstrong Dunbar, a history professor at Rutgers University, will discuss her book, “Never Caught: The Washingtons’ Relentless Pursuit of Their Runaway Slave, Ona Judge,” the surprising story of George and Martha Washington’s inability to give up their slaves when he served as president in Philadelphia, the nation’s capital at the time. Philadelphia had a gradual abolition law that emancipated slaves after six months that the Washingtons avoided by moving their slaves in and out of the city every six months. Judge, however, escaped. 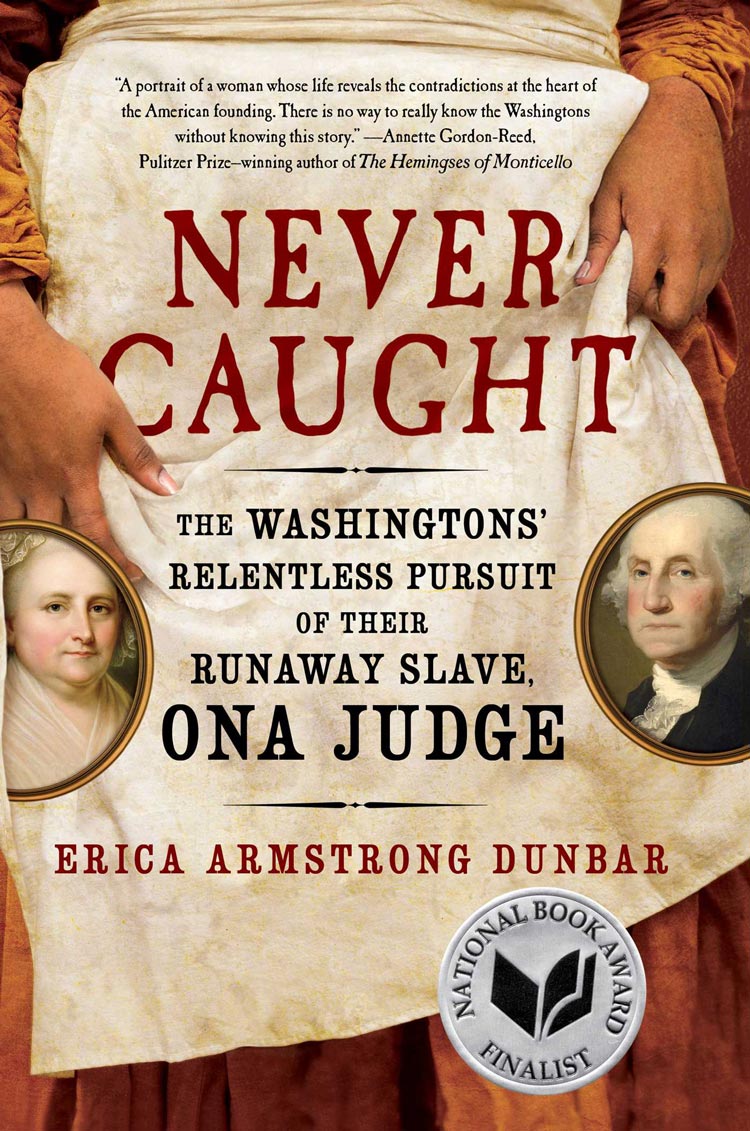 Moving from America’s founding era to the 1920s, David Grann will talk about his latest book, “Killers of the Flower Moon: The Osage Murders and the Birth of the FBI,” which details the killings of Osage Indians who became wealthy after oil was discovered on their land. They were being killed off one by one when the fledgling FBI took over the case.

Poet Kevin Young, director of the Schomburg Center for Research in Black Culture in Harlem, will discuss his latest nonfiction collection, “Bunk: The Rise of Hoaxes, Humbug, Plagiarists, Phonies, Post-Facts, and Fake News.” From the legacy of P.T. Barnum’s “humbug” to today’s attacks on mainstream media as “fake news,” made popular by President Trump, Young finds that “fakery is woven from stereotype and suspicion, with race being the most insidious American hoax of all.”

Khizr Khan has become well-known locally and on the national stage. His middle son, U.S. Army Capt. Humayun Khan, a UVA alumnus of the Army ROTC program, was killed in 2004 while stopping a suicide attack in Iraq, and was posthumously awarded a Purple Heart and Bronze Star. Khizr Khan will talk about his recent book, “An American Family: A Memoir of Hope and Sacrifice,” which Washington Post reviewer Alyssa Rosenberg described as “an effective argument for the depth of Khan’s love for and knowledge of the Declaration of Independence, the Constitution and the amendments to it.” 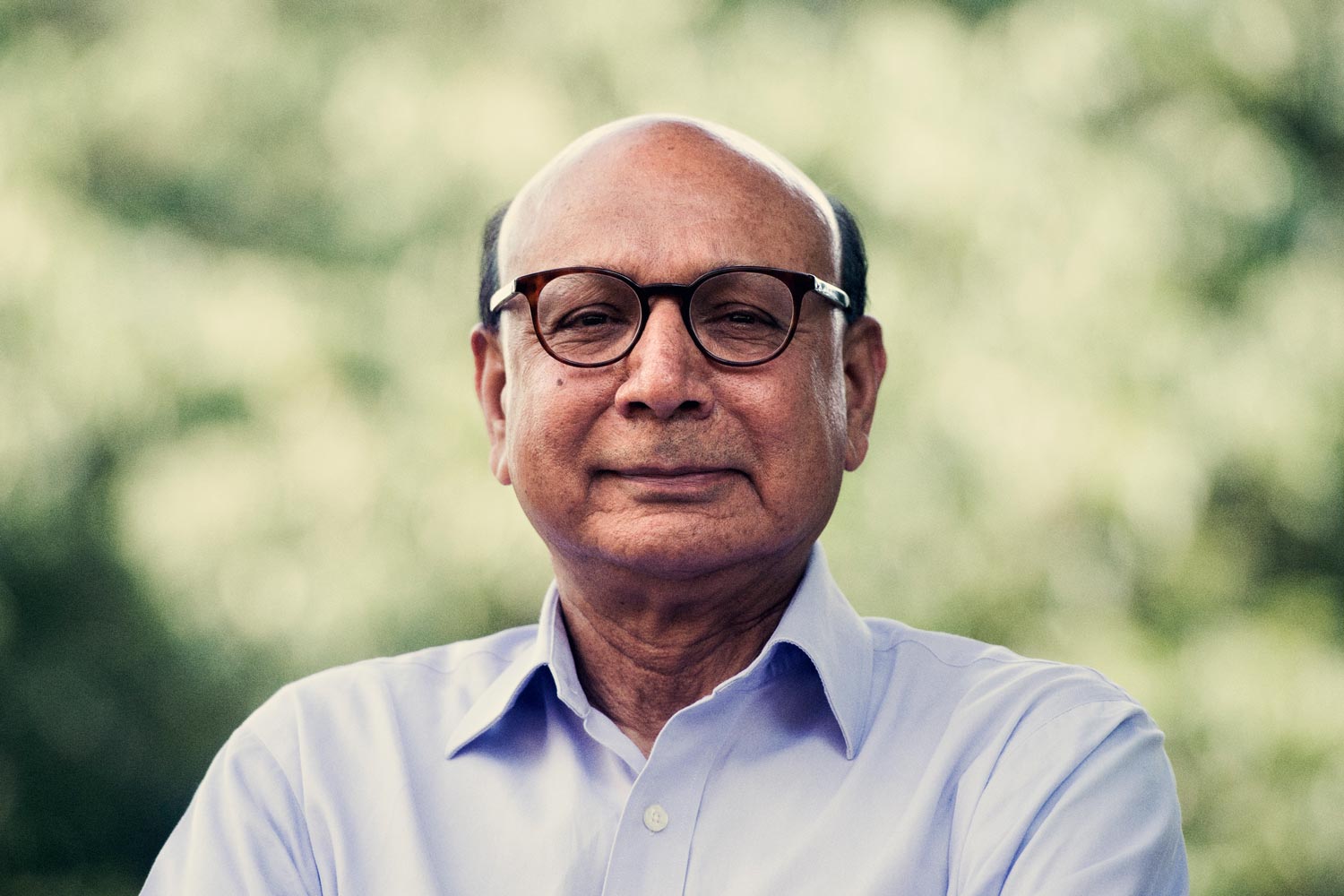 He will speak March 22 at 8 p.m. at the Martin Luther King Jr. Performing Arts Center of Charlottesville High School. There is a $5 general admission.

Another event will honor the late Carol Troxell, 30-year owner of the New Dominion Bookshop on the Downtown Mall, who had been a longtime supporter of authors, many from UVA, and a participant in the book festival.

Lisa Ko, author of “The Leavers,” will be the inaugural Carol Troxell Reader in the festival, reading from her acclaimed debut novel on March 22 at 4 p.m. at New Dominion. Ko received the 2016 PEN/Bellwether Prize for Fiction, awarded by Barbara Kingsolver for a novel that addresses issues of social justice. The novel was a finalist for the 2017 National Book Award for Fiction and included in the Los Angeles Times’ Best Fiction of 2017.

To celebrate the breadth of Troxell’s reading interests, the genre of the selected author will vary each year.

“The Leavers” tells the heartbreaking story of a Chinese mother in the Bronx who disappears, leaving her American-born son. He is eventually adopted by a white couple, both college professors. The Christian Science Monitor wrote that the novel “is an achingly beautiful read about immigration, adoption, and the drive to belong.”

Mysteries Here and There

The festival’s “Crime Wave” series of events highlights all kinds of whodunits and mysteries, and this year is no exception. The annual brunch, to be held March 24 at 10 a.m. in the Omni Hotel Ballroom, features Attica Locke, the New York Times best-selling author of “Bluebird, Bluebird” and winner of the 2016 Harper Lee Prize for Legal Fiction. This event costs $40. 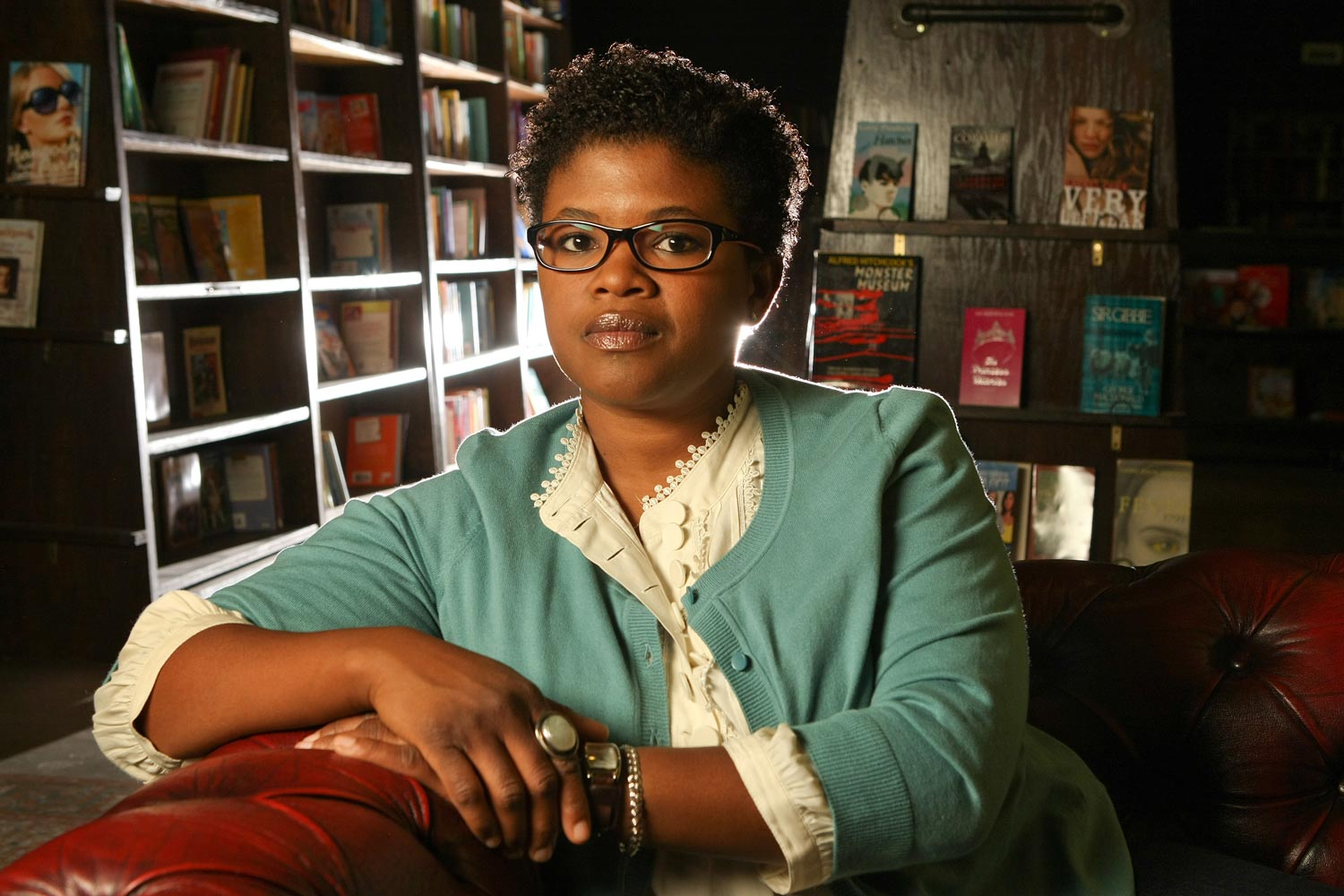 Locke also will appear March 23 at 8 p.m. at a reading, “Friday Night Noir,” which is free, at the Jefferson School African American Heritage Center with best-selling authors Lyndsay Faye and Amy Stewart.

Faye will read from her book, “The Whole Art of Detection: Lost Mysteries of Sherlock Holmes,” a collection of stories in which she employs Sir Arthur Conan Doyle’s iconic Sherlock Holmes and his partner in detection, Dr. John Watson.

Stewart’s mysteries are based on the true story of Constance Kopp, one of America’s first female deputy sheriffs, and her two remarkable sisters who lived in Brooklyn. “Miss Kopp’s Midnight Confessions” is the third and latest in her series about these early 20th-century, real-life characters.

For the Love of Literature

The Literary Luncheon, a signature festival event, features guest speaker Nathan Englander, a best-selling author who recently published his third novel. “Dinner at the Center of the Earth” unfolds in the highly charged territory of the Israeli-Palestinian conflict and pivots on the complex relationship between a secret prisoner and his guard. 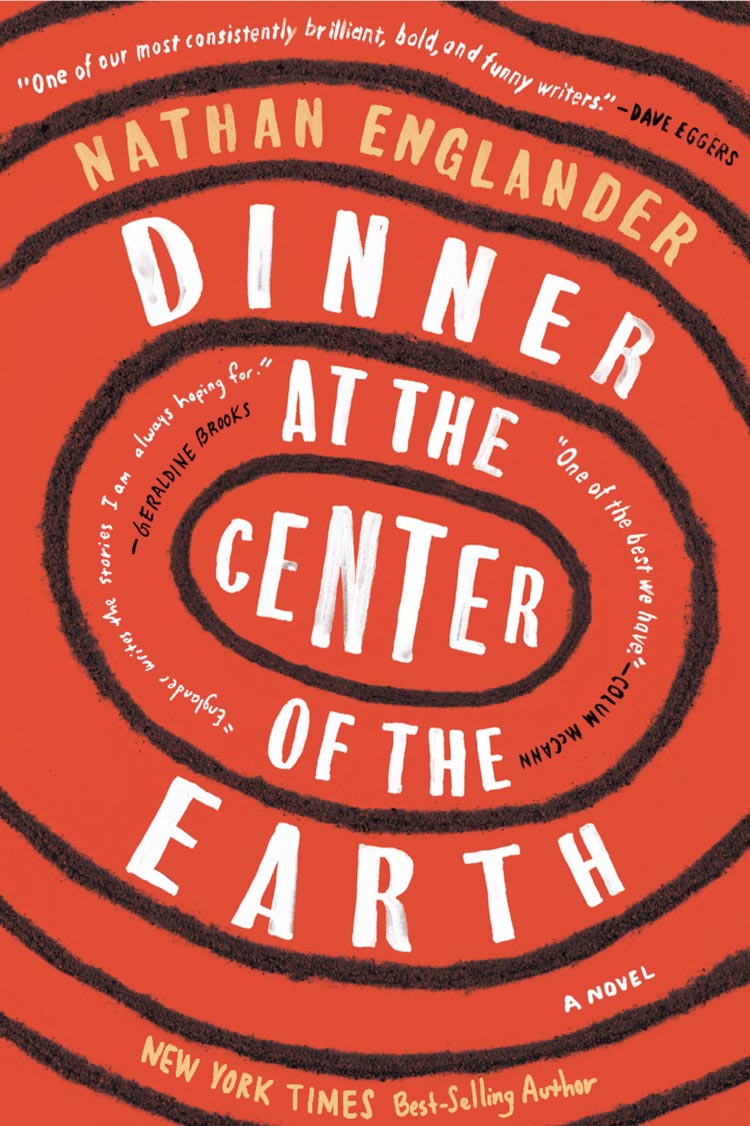 The New York Times review said, “Just when you think you’ve been swept into a political thriller with all the headlong energy of the Jason Bourne franchise or a romance viewed through a Vaseline-coated lens, Englander broadens the perspective and you’re back among the real and present depredations of history.”

Individual seats for $60 are available for this luncheon, to be held March 22 at 11:45 a.m. in the Omni Hotel Ballroom.

In another event, the book festival highlights “Letters About Literature,” a national reading and writing contest for students in grades 4 through 12, on March 25 at 1 p.m. at the Central James Madison Regional Library. David Barclay Moore, author of the young-adult novel, “The Stars Beneath Our Feet,” will give honorary remarks to kick off this celebration of Virginia students who were selected as winners and honorable mentions in a statewide competition.

Several students will read from their notable entries, which took the form of a letter to an author (living or dead) whose book, poem or speech affected them personally.

Among the accolades UVA alumna Margot Lee Shetterly has received for her book, “Hidden Figures,” is the Anisfield-Wolf Book Award. The awards recognize books that have made important contributions to our understanding of racism and human diversity. Cleveland poet and philanthropist Edith Anisfield Wolf established the book awards in 1935.

As the closing event of the festival, “Writing the American Story: Diverse Voices in Distinguished Books” will include two other 2017 award recipients joining Shetterly in conversation with poet and UVA Commonwealth Professor of English Rita Dove, an award jury member. 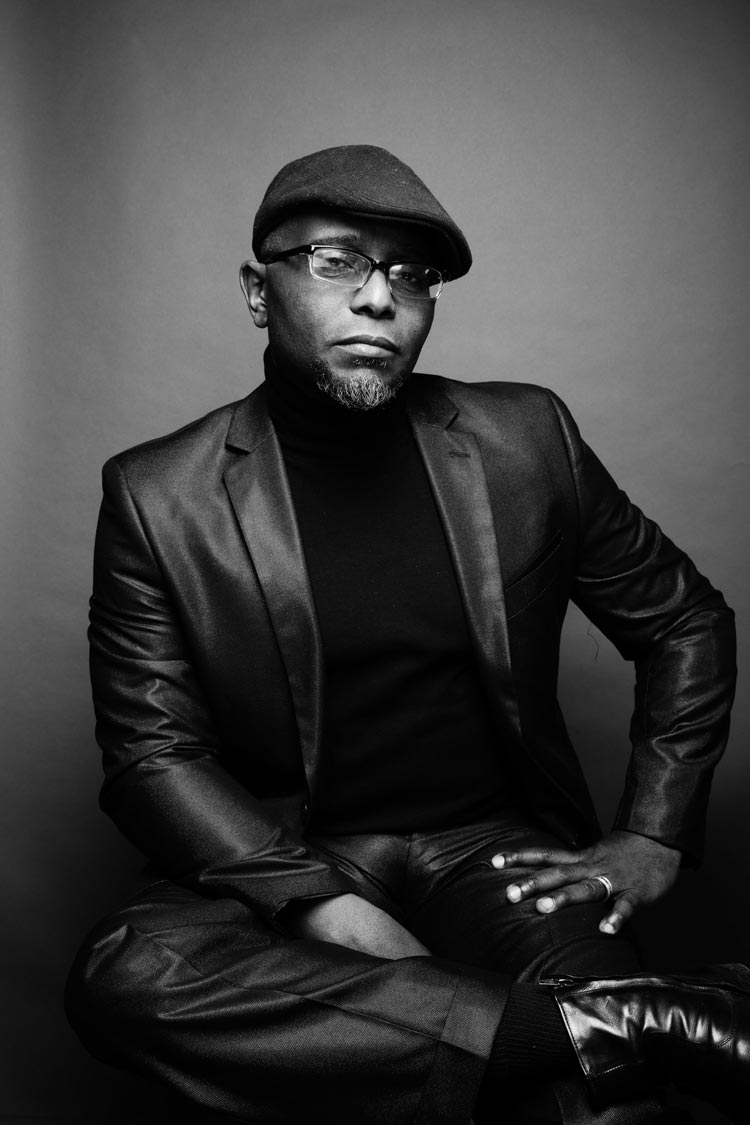 Peter Ho Davies won the Anisfield-Wolf Book Award for his book, “The Fortunes,” and Tyehimba Jess for “Olio,” which also won the 2017 Pulitzer Prize in Poetry.

“Olio” weaves sonnet, song, and narrative to examine the lives of mostly unrecorded African-American performers directly before and after the Civil War up to World War I.

Davies’ novel, “The Fortunes,” recasts American history through four characters involved in the lives of Chinese-Americans. Davies uses each of these stories, three inspired by real people, to examine the process of becoming not only Chinese-American, but American.

The free event will be held March 25 at 3 p.m. in the Jefferson School African American Heritage Center.

A Year We Will Never Forget: 2019-20 in Review END_OF_DOCUMENT_TOKEN_TO_BE_REPLACED

‘What Will You Carry With You?’ Remarks From UVA President Jim Ryan END_OF_DOCUMENT_TOKEN_TO_BE_REPLACED