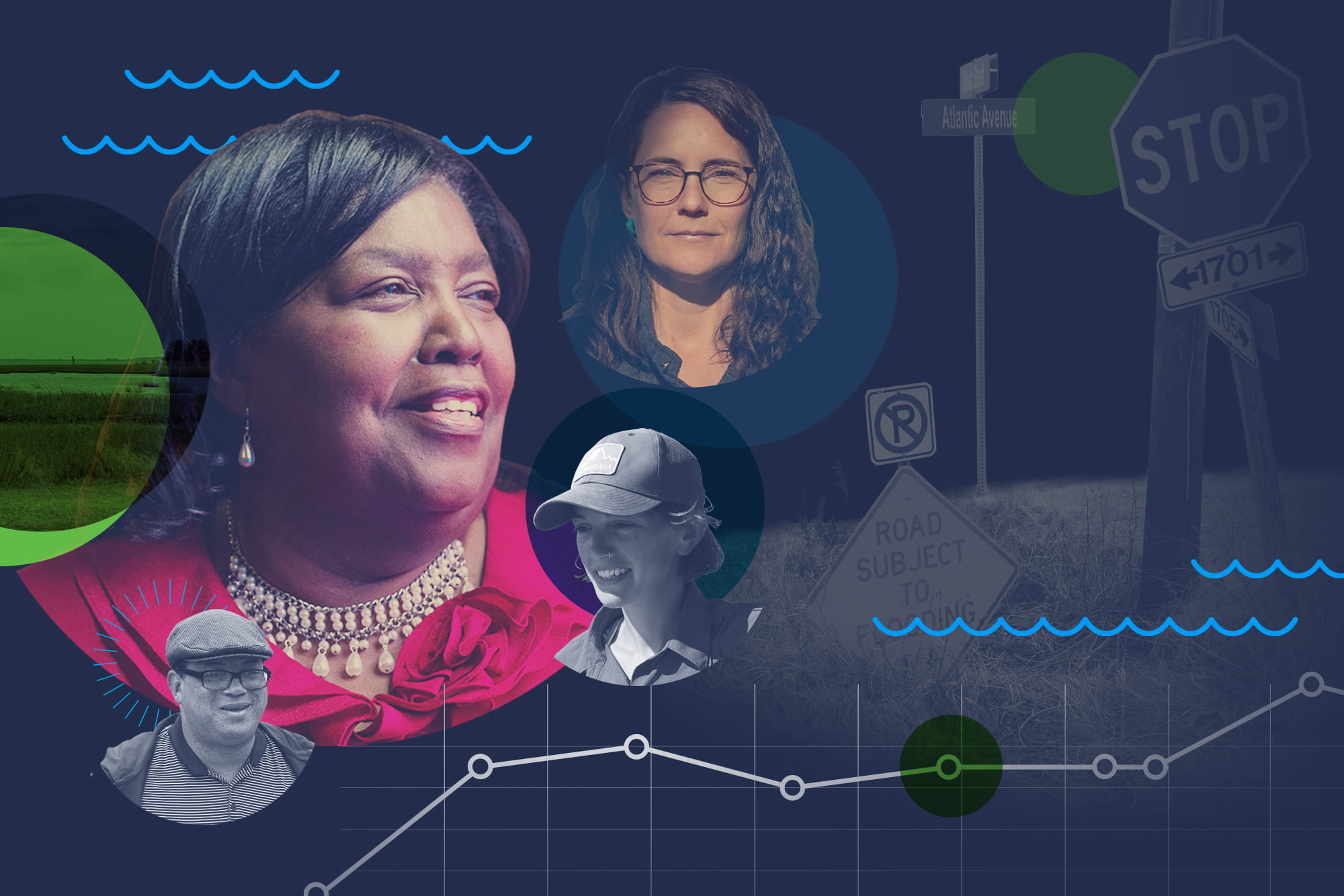 “Speak up for those who cannot speak for themselves; ensure justice for those being crushed. Yes, speak up for the poor and the helpless, and see that they get justice.”

This Proverbs passage is not only the mantra of Karen Downing, a native of Accomack County on Virginia’s Eastern Shore, but it also sums up the motivation for her ongoing activism in the community: creating change and minimizing inequities that are exacerbating socio-economic class divides.

In a region of Virginia that endures nor’easters, tropical storms and heavy rains, inhabited by a population with a poverty rate of 19%, plus another 15% to 18% considered “working poor,” Downing – also an associate minister of the county’s Jerusalem Baptist Church – has taken on a major role in engaging her community about the issues and disparities that have arisen there.

For years, Downing has worked to address injustices surrounding education, housing, health care and other economic impactors. In July 2020, her decades-long relationship with the peninsula led to “Conversations for Change,” a virtual event that brought together voices from across sectors to discuss injustices and disparities found on the Eastern Shore.

One of those in attendance was Cora Johnston, coastal ecologist and site director of the University of Virginia’s Anheuser-Busch Coastal Research Center, which has conducted ecological research on Virginia’s coast for 30 years. Seeing an opportunity to address inequities emerging from climate change, Johnston connected influential community members including Downing with UVA’s Environmental Resilience Institute, which is combining local narratives with research data.

After months of discussion and proposals, that connection resulted in a $5 million grant from the National Science Foundation’s new Coasts and People program, which over the next five years will fund a project identifying intersections between climate change and climate equity.

Stemming from previous work done by UVA’s Equity Center – such as its interactive COVID-19 shelter-in-place burden index – the grant will fund the creation of a Climate Equity Atlas, an interactive decision-making tool that will layer social and demographic indicators to visualize where issues intersect. By combining hydrology research and community-led workshops, Downing and other community members plan to back up quantitative data with local narratives to better inform decision-makers across the county.

It is one thing to measure the rise in sea levels; that is data. But to know that those rising sea levels have led to the perpetual flooding of homes and roads, as well as saltwater intrusion into groundwater that has started to change the ways in which the land can be used, adds meaning to the numbers. It is not uncommon for flooded roads to halt buses from bringing children to school and prevent adults from getting to work, contributing to education gaps and financial impacts.

“We would walk on the beach at sunset, and just watching how much the beach eroded every summer until there wasn’t anything there was an eye-opener to let me know that something was happening.” – Andre Elliott

“Take into account [the flooding], as well as the racial disparities and lack of affordable housing … we have to be sensitive to those different areas that impact residents,” Downing said.

With a new dimension of information, decisions will be able to acknowledge emerging climate inequities and prepare for climate impacts.

“With the equity atlas, we hope to bring the right people to the table, who not only have information, but are empowered to make decisions,” Downing said. “We can use it in different parts of the county, in different regions and meetings, to make informed decisions. There would be data to back up the narratives that we have.”

Working alongside Downing is Andre Elliott, who has not only lived in Accomack County for 18 years and works as the district executive director for the local YMCA, but also sits on several of the community’s boards, including the Eastern Shore Community Services Board and the Chamber of Commerce.

Over the past two decades, Elliott has noticed a change in the nearby beaches that has begun to threaten the local livelihoods and economies. “We would walk on the beach at sunset, and just watching how much the beach eroded every summer, until there wasn’t anything there, was an eye-opener to let me know that something was happening,” he said.

According to Barbara Brown Wilson, a UVA associate professor of urban and environmental planning and director of the University’s Equity Center, residents, activists and government agencies do not have access to a uniform set of simple, easy-to-access data to address equity gaps. Without it, she says the ‘so what?’ of these issues cannot be determined. By creating the Climate Equity Atlas, leaders at each level of priority setting can get on the same page.

“It’s all about co-producing, so that lived expertise and technical expertise and data can be together,” Brown Wilson said. “Those community conversations aren’t just about the way we feel, but also about what the research tells us, and they can inform one another.”

By offering county managers, administrations, boards of supervisors, school boards, superintendents and planning district commissions the right tools to determine priorities, the atlas is ensuring that future discussions focus on the most vulnerable and disadvantaged populations who are often left out.

“We want to make sure there is a more comprehensive view of the region when decisions are being made,” Downing said. “This will be the steering wheel for the process, and we will build it in a way that will be most impactful for us, meaning the data being collected are the things we are most interested in for our county.”

By the end of the project’s five-year timeline, the goal is that the atlas is completely community-driven and is used to guide regional decisions – and not only in Accomack County. Once developed, the map’s coding will be open to the public in order to implement place-based projects in coastal communities around the country.

Through the creation of a data-rich, community-driven set of tools that can adapt to new climate data, local leaders will be able to pinpoint who is facing inequity challenges and why, allowing governments to identify acute needs.

Living on a peninsula, Downing emphasizes that coastal flooding is an issue that affects every resident, meaning two things: that everyone should become knowledgeable about it; and second, to find ways that environmental justice efforts, teachings and research can help combat it. As the baton is passed to younger generations, she said she hopes the momentum from the past two decades is built upon to ensure that the Eastern Shore thrives, improving livelihoods and economic value.

“It is my hope that residents of the Eastern Shore hear and see these efforts being made, and that others become interested and engaged,” Downing said. “The only way for us to do better is to acknowledge the problem that we have, to talk and to be intentional in the conversations that we have about how we can overcome it.

“I want to see the children and the people, the generations on the Shore, live the best life that they can here. For many of them, they have no desire to move anywhere else.”

What’s Next for UVA’s Class of 2022? END_OF_DOCUMENT_TOKEN_TO_BE_REPLACED

How Affordable is UVA? END_OF_DOCUMENT_TOKEN_TO_BE_REPLACED