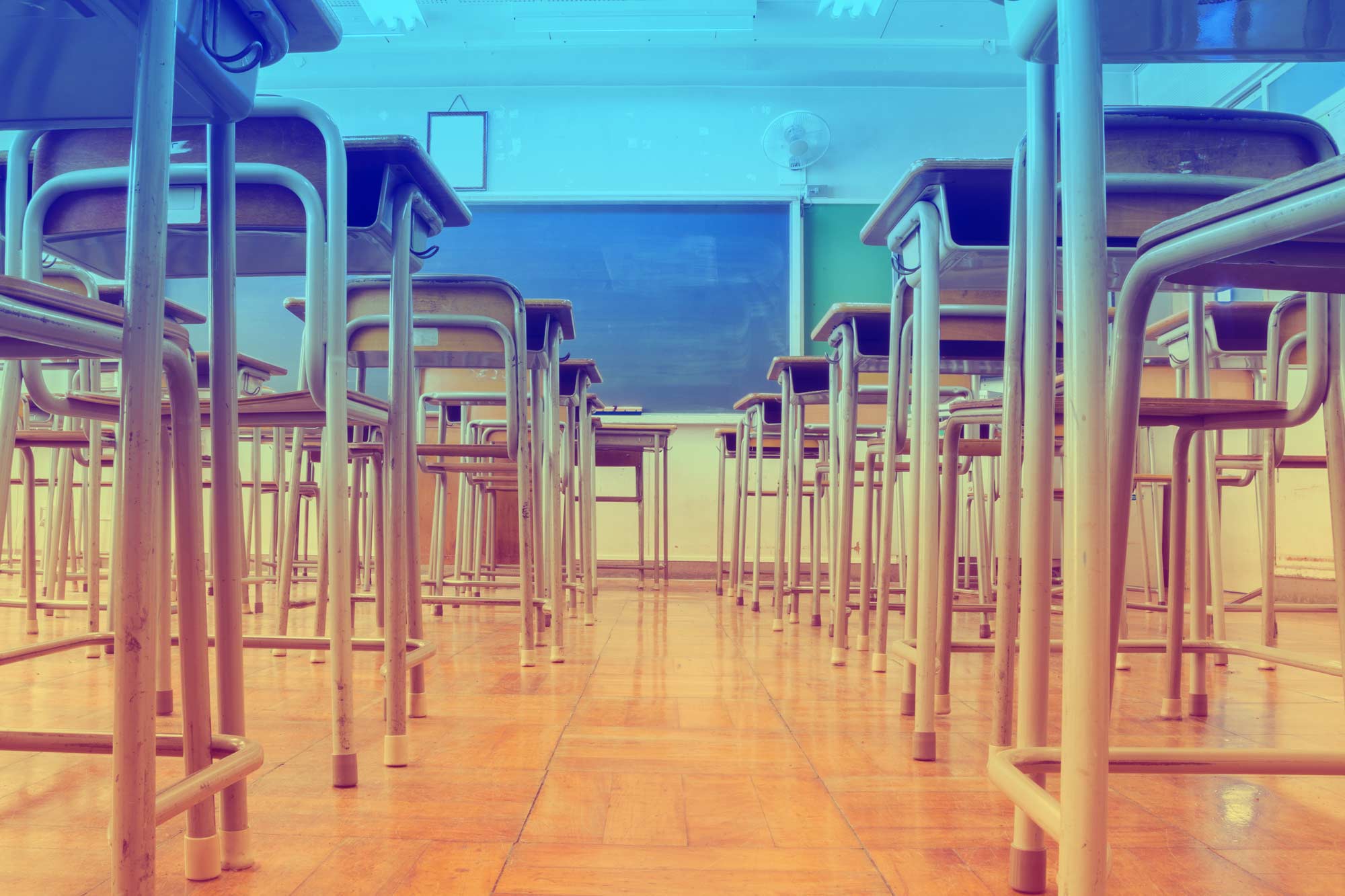 A new book from a University of Virginia education professor critiques the past 15 years of school turnaround efforts, examining where they have fallen short – and potentially illustrating a way forward.

“Enduring Myths That Inhibit School Turnaround” is the product of Coby Meyers, a research associate professor in the Curry School of Education, and co-editor Marlene Darwin of the American Institutes for Research.

What exactly is school turnaround? Meyers defines it as “taking the lowest-performing schools, identifying their most critical needs and providing support in a structured way that instigates drastic change in a short amount of time.” In other words, it’s improving failing schools – fast – because traditional improvement models don’t work quickly enough to give currently enrolled students a chance to succeed.

The phrase “school turnaround” entered the lexicon in the mid-2000s in the wake of the controversial No Child Left Behind Act. Fifteen years later, the phrase has become synonymous with that law’s turnaround models, which were largely tied to standardized test scores, and the pressure those policies placed on struggling schools and their principals, teachers and students.

Meyers has been researching school systems issues for years, since becoming fascinated with the topic while working as a teacher in Chicago. But amid recent changes in policy, funding, political climate and general perceptions about public education in America, Meyers said now is the time to reexamine the concept of turnaround. 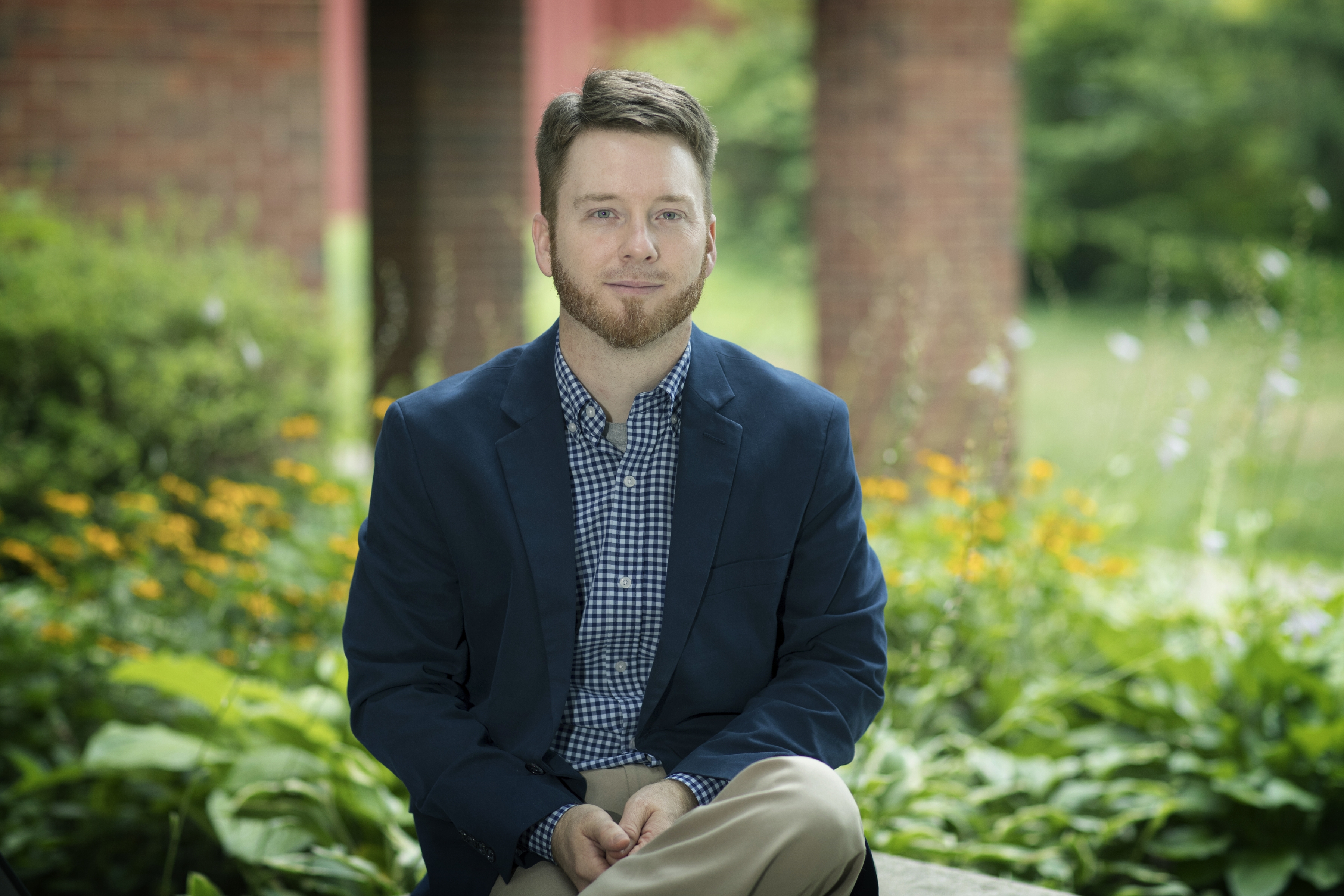 MYTH No. 1: There’s one simple solution.

Addressed in the book as “the myth of single-lever turnaround,” one large problem is that some practitioners and policymakers have a tendency to blame school failure – and focus school turnaround – on one single factor. Whether that’s a charismatic leader, more funding or better teacher training is irrelevant. The truth is that school turnaround is complex.

“A couple of the common answers are, ‘Just give them more money,’ or ‘Simply replace school leadership,’” Meyers said. “In actuality, turnaround requires lots of changes. If you get seduced by this ‘one change’ idea, you’re not going to make any improvement whatsoever.”

At the same time, Meyers cautions against going too far in the opposite direction – the “everything but the kitchen sink” approach. Instead he says, “You have to focus on the biggest issues, and be laser-focused on those before you move on to the next set.”

Real, systematic change – the kind of change required to transform a drastically under-performing school – requires a complex plan. A successful turnaround plan considers all of the challenges facing a certain school, then tackles them in an aggressive but structured way.

Studies have shown significant gains in student achievement can happen quickly – even within a single school year. But when it comes to lasting change, that’s where Meyers says people often run into trouble.

“We see a lot of schools that have really significant achievement gains. But over time, those gains either plateau or they regress to the mean and fall back down,” he said.

Often, you can trace these fleeting results to one impactful but non-sustainable change, such as replacing a disengaged leader with a charismatic one. Then, “When that super leader is taken to a different school or moved into district administration, the systems aren’t in place to maintain the gains,” Meyers said.

In general, the intense nature of turnaround isn’t sustainable in the long term – and the transition from the initial turnaround phase into a traditional improvement model is often where the process breaks down. Successful turnaround requires both short- and long-term planning, including a purposeful transition period.

Meyers is also the chief of research for UVA’s Darden/Curry Partnership for Leaders in Education. An intensive program that draws on innovative thinking in both business and education, it addresses the challenges of education leaders in eliciting system- and school-level improvement.

Meyers said the partnership has recently expanded its program to offer a sustainability year, which addresses the difficult transition period for struggling schools. “PLE’s one-year sustainability program transitions district and school leaders from focusing on change initiatives, including foundational conditions and change leadership, to scaling solutions, which can include models of continuous improvement,” he said. This deliberate focus on transition helps schools sustain positive gains long into the future.

MYTH No. 3: There’s nothing to learn from failing schools.

One of the biggest barriers to effective school turnaround boils down to a simple fact of human nature: addressing failure head-on is uncomfortable. When a school is struggling, Meyers said, “People feel very judged. They don’t want to show you what’s going poorly.”

In part, the federal model of school turnaround has magnified the feeling of failure more than the understanding of and response to failure. This hesitation to examine the root causes of school failure leads to turnaround plans that don’t address those causes.

In his book, Meyers and his colleagues use examples from fields outside of education – such as engineering and medicine – to argue that in order to address failure, we first have to understand it.

Meyers uses the example of engineers building a bridge: “They understand that after so much usage and so much time, that bridge is going to fail. So they are continuously studying decline and failure in order to keep that from happening.

“In education, we don’t do a good job of identifying school decline and trying to get in before that happens. The presumption of failure can be really useful,” he said.

MYTH No. 4: Turnaround is the problem of individual schools, not districts and states.

Of all the myths addressed in the book, Meyers said perhaps the most important is a historic lack of accountability at the district and state levels. In the past, turnaround has been framed as a school initiative, with little-to-no emphasis on the district’s role in the process. Meyers said that in order to move forward, we have to re-frame turnaround as a systems issue – not a school issue.

“Schools alone cannot do this work,” he said. “We have to be much more thoughtful about what we need from the systems at both the district and state levels, because they are the ones creating the policies and providing the resources.”

The new book highlights several examples of recent policy and practitioner-oriented work that underscores the importance of examining school improvement frameworks from the district and state levels.

“If schools could turn themselves around, they would,” Meyers said. “But taking responsibility for such schools is still a relatively new idea for districts and states.”

MYTH No. 5: Turnaround is impossible.

You hear it from scholars, researchers, practitioners and all other types of people engaged with the difficult work of turning around failing schools: turnaround just doesn’t work.

Some scholars call it “the failure fallacy.” Despite the difficult nature of school turnaround, the fact is that turnaround is more than possible – it’s proven.

“It’s a fallacy because there are examples where it has worked, so clearly turnaround is possible,” Meyers said.

More importantly, turnaround is necessary. Too often, he said, the failure fallacy is used as an excuse to promote a different approach entirely, such as charter schools. A critic will simply dismiss turnaround in order to advocate for a different piece of the education puzzle that doesn’t address what to do with underperforming schools at all.

The educator knows success is possible, because he sees it firsthand. “The [Partnership for Leaders in Education] works with low-performing schools daily,” he said. “We see elements of the systems changing for the better. We even have examples of change occurring at the district level, where multiple schools are improving organizationally and student achievement is increasing. The work is very difficult. But success is attainable.”

What’s next for school turnaround?

Meyers said the bottom line is simple: As long as children are falling behind in under-performing schools, we can’t afford to abandon turnaround efforts.

“The concept or the notion of school turnaround is not going away, regardless of whether or not the language changes,” he said. “It’s very clear that the idea of improving student achievement in low-performing schools at a rapid pace is here for the long haul.”

For now, the language of “turnaround” is still widely used, and it gives a common shorthand to the idea of rapid school improvement. To adequately address these myths, Meyers anticipates a need to distance the process from the word “turnaround.”

“For a lot of practitioners, the word has become associated with failure and punishment,” he said. “A lot of the myths are driven by the language and its connection to the crushing nature of the federally funded School Improvement Grant.”

In other words, “turnaround” has a branding problem. In order to move forward and make the necessary changes, we have to divorce the terminology (and its baggage) from the practice – those research-supported, systems-based methods of rapid school improvement.

Under new Every School Succeeds Act regulations, states will now have more flexibility to define and enforce school accountability on their own terms. Most states, including Virginia, will submit their plans to the federal government for feedback this September – and at least five states are adopting a new turnaround framework largely developed from the research outlined in the book.

Meyers said he hopes by addressing these myths head-on, policymakers and school leaders will be able to seize the opportunity to give school turnaround a turnaround of its own.