5 Questions for ‘The Father of the Internet’ 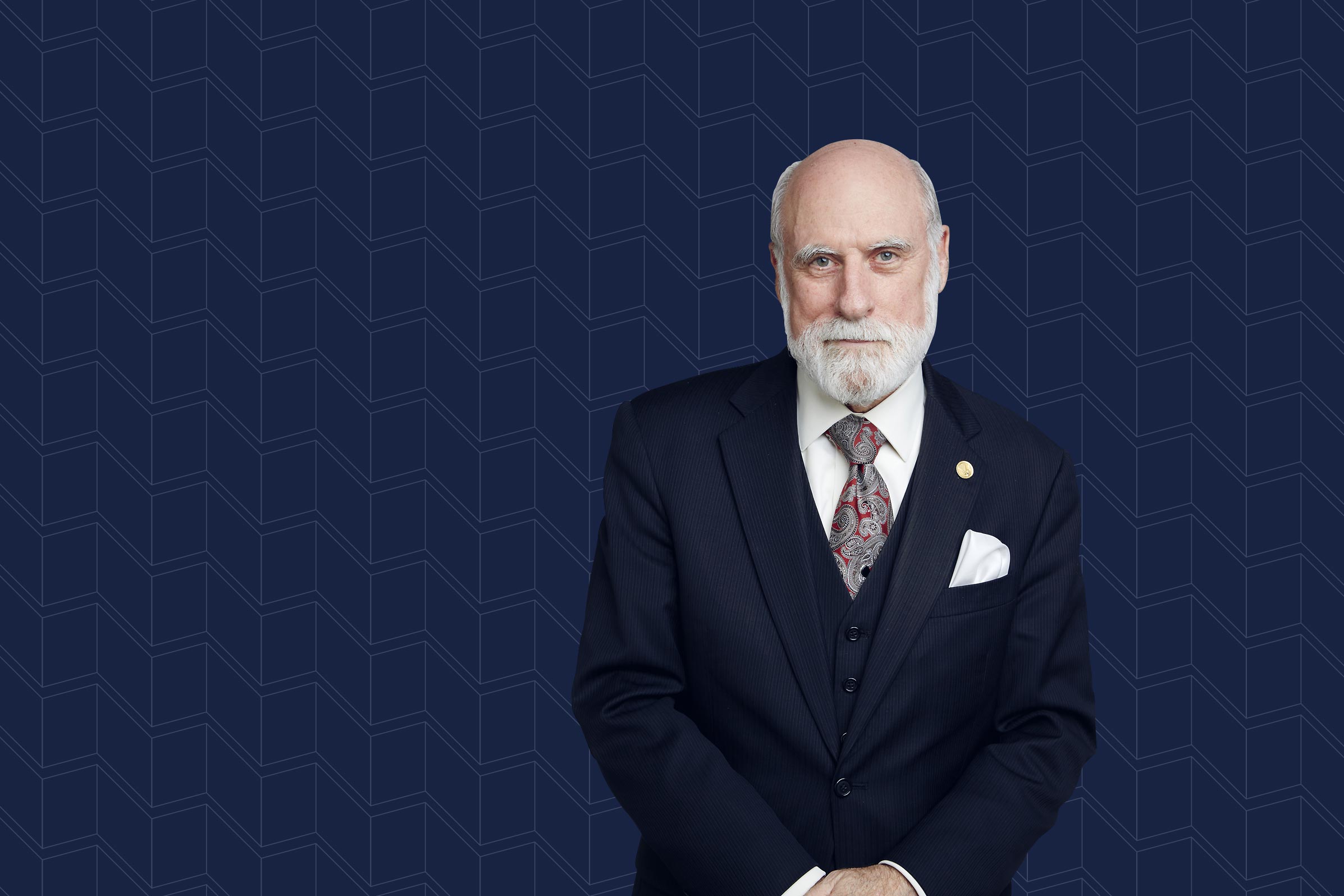 The “father of the internet” is coming to the University of Virginia on Wednesday.

Vinton G. Cerf’s long career has earned him many accolades, including a U.S. National Medal of Technology awarded by President Bill Clinton, but that moniker might be the most impressive.

In 1973, Cerf and his colleague, Robert E. Kahn, invented the two key communication protocols – Transmission Control Protocol and the Internet Protocol, or TCP/IP – that connect computer systems to the internet and developed the fundamental architecture of the internet.

Cerf has continued to lead the development of internet-based technology and today is vice president and chief internet evangelist for Google, where he identifies emerging technologies that could support new internet-based products and services.

He will speak at UVA’s School of Engineering on Wednesday during the National Academy of Engineering Regional Meeting and Symposium, hosted at UVA. The symposium, which is open to the public with registration required, will focus on cyber-physical systems as “the defining technologies of the 21st century,” and will include speakers with expertise in cybersecurity, smart cities, smart health and autonomous systems, all areas of focus for the Engineering School and its new Link Lab for cyber-physical systems research. See a full schedule here.

We spoke with Cerf before the event to learn more about how he sees the future of the internet and what he is focused on now, decades after he helped create it.

Q. What do you see as the next major stage in the development of the internet?

A. There are two dimensions to consider: technical and policy.

On the technical side, access to the internet is likely to vastly expand, especially if satellite proposals that have been approved by the FCC are actually implemented. That could put about 15,000 satellites in relatively low orbit. Many of these will be polar orbits, making more and more of the Earth accessible. In addition, expansion of 5G technology will increase access from terrestrial facilities, as will the significant increase of undersea cable construction.

There is also a high probability that, over the next decade or two, we will grow a significant interplanetary communications backbone extending the operation of the internet beyond planet Earth. Already, we have prototypes between the International Space Station, Earth and even Mars. It will be exciting to see what unfolds as new missions are launched.

A. Cybersecurity is a huge issue and continues to be a serious problem. Attack surfaces are increasing in scale, partly because there are more devices connected to the internet. The “Internet of Things” has incorporated many smart appliances into our daily lives, and their manufacturers do not necessarily have privacy and security at the top of their list of priorities, which is unacceptable. At some point, there will need to be legislation requiring those companies to be attentive to safety, security and privacy.

“It doesn’t frustrate me as much as remind me why I still read Shakespeare plays. Human nature has not changed. Human nature being what it is, we have to accept that people will do bad things and figure out how to cope with it. This is just another area in which bad behavior manifests.”

- Vinton Cerf, Father of the internet

The misinformation, disinformation and abusive behavior we see on social media platforms also has to be addressed, though whether legislation is the most pragmatic way to do that is a different question.

We also need to teach people to think critically about information they discover online and ask questions about where it came from, what corroborates it and the motivation behind it. We cannot rely solely on manufacturers or providers for our own safety and security.

Q. You have spoken a lot about digital obsolescence, when digital media is no longer readable because the hardware or software it requires are outdated. What are some of your main concerns?

A. My big worry is that we have vast amounts of data that requires specific software for us to correctly interpret, read or interact with that data. If the software needed to interpret that data cannot run 100 years from now, we will lose it. Preventing that might mean preserving old software or finding a way to make new software backwards compatible. In absence of that, we could lose a substantial amount of important information. Metadata, which can tell you something about a file’s provenance and if and how it has been altered, also needs to be preserved.

Q. Does misuse of the internet – this phenomenon you helped create – frustrate you? Motivate you?

A. It doesn’t frustrate me as much as remind me why I still read Shakespeare plays. Human nature has not changed. Human nature being what it is, we have to accept that people will do bad things and figure out how to cope with it. This is just another area in which bad behavior manifests.

The hardest thing about the online environment is that attribution is very difficult, something I am deeply concerned about. It can be hard to know who launched attacks, especially given that the internet is global. When someone is harmed in one jurisdiction and the perpetrator lives in another, it can be difficult to hold that person accountable without extradition agreements or other treaties. We have work to do on international agreements that will allow a response to criminal or harmful activity online.

Q. What advice do you have for current students hoping to work on the next generation of digital technology?

A. The hottest thing today is machine learning, and demonstrations so far have been quite spectacular. However, we also have to recognize that these technologies are brittle and fail in ways we don’t always predict or understand. Developing those programs, and achieving the ambitious vision we have for artificial intelligence will be an important field for today’s students.

I also want to encourage today’s students to think about how to derive models that can form a sensory system in the real world. For example, how can I get my car to not only figure out how to maneuver, but to predict what something it has identified, such as a bicycle, is likely to do? That is the really hard part of AI and something I think students should focus on.

There have been exciting developments in neurosensory technology and neural interfaces to the human body. For example, scientists have been able to determine what someone was trying to say based on signals generated by the brain to control the muscles of the mouth and throat. That is a step further than where we have been with cochlear implants [which provide a sense of sound to those with hearing loss]. It could be really important not only for speech, but for things like controlling limbs you have lost control of. I think that field will be very exciting over the next few decades.

What’s Next for UVA’s Class of 2022? END_OF_DOCUMENT_TOKEN_TO_BE_REPLACED

How Affordable is UVA? END_OF_DOCUMENT_TOKEN_TO_BE_REPLACED