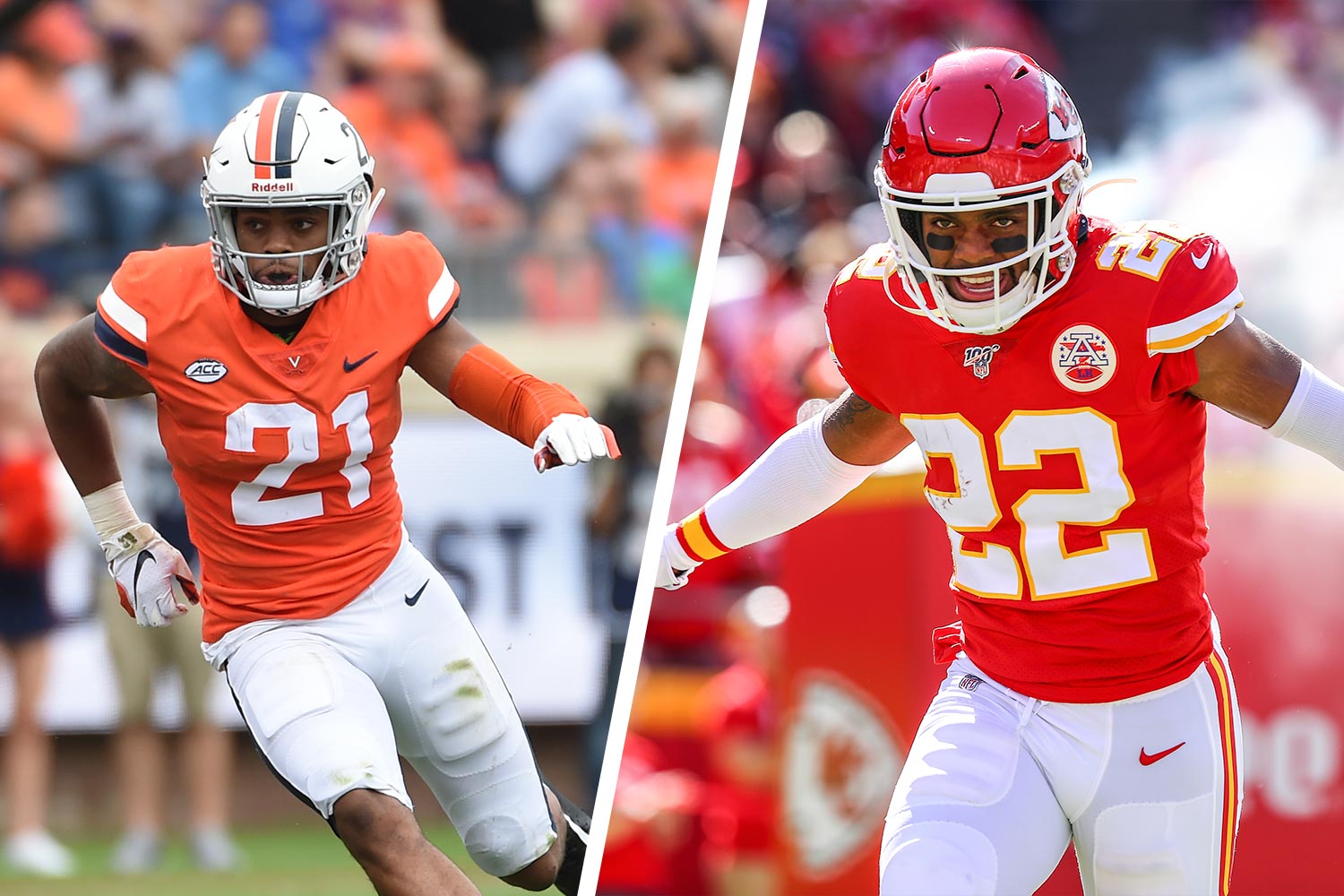 Most football players dream of being able to play in a Super Bowl – and that’s what made last season so frustrating for former University of Virginia star Juan Thornhill.

Playing for the Kansas City Chiefs, Thornhill, a safety, was having a stellar rookie campaign that included three interceptions and a touchdown – but then tore the anterior cruciate ligament in his left knee in the team’s regular-season finale against the Los Angeles Chargers.

Thornhill missed all of the playoffs, including the Chiefs’ victory over the San Francisco 49ers in Super Bowl LIV.

Thornhill’s pain was obvious – even more apparent after he sent out this tweet during halftime of the game:

This game is meant for me... I would literally have the game of my life tonight

But fast-forward a year and Thornhill has another chance to shine on the sport’s biggest stage.

The former Hoo, now fully recovered, will suit up for the Chiefs when they play the Tampa Bay Buccaneers in Super Bowl LV, set for Sunday night in Tampa, Florida.

Heading into the game, here are six things to know about Thornhill.

This season, the safety has had 33 tackles and an interception. In the Chiefs’ win over Buffalo in the AFC Championship Game, he broke up a team-high four passes. 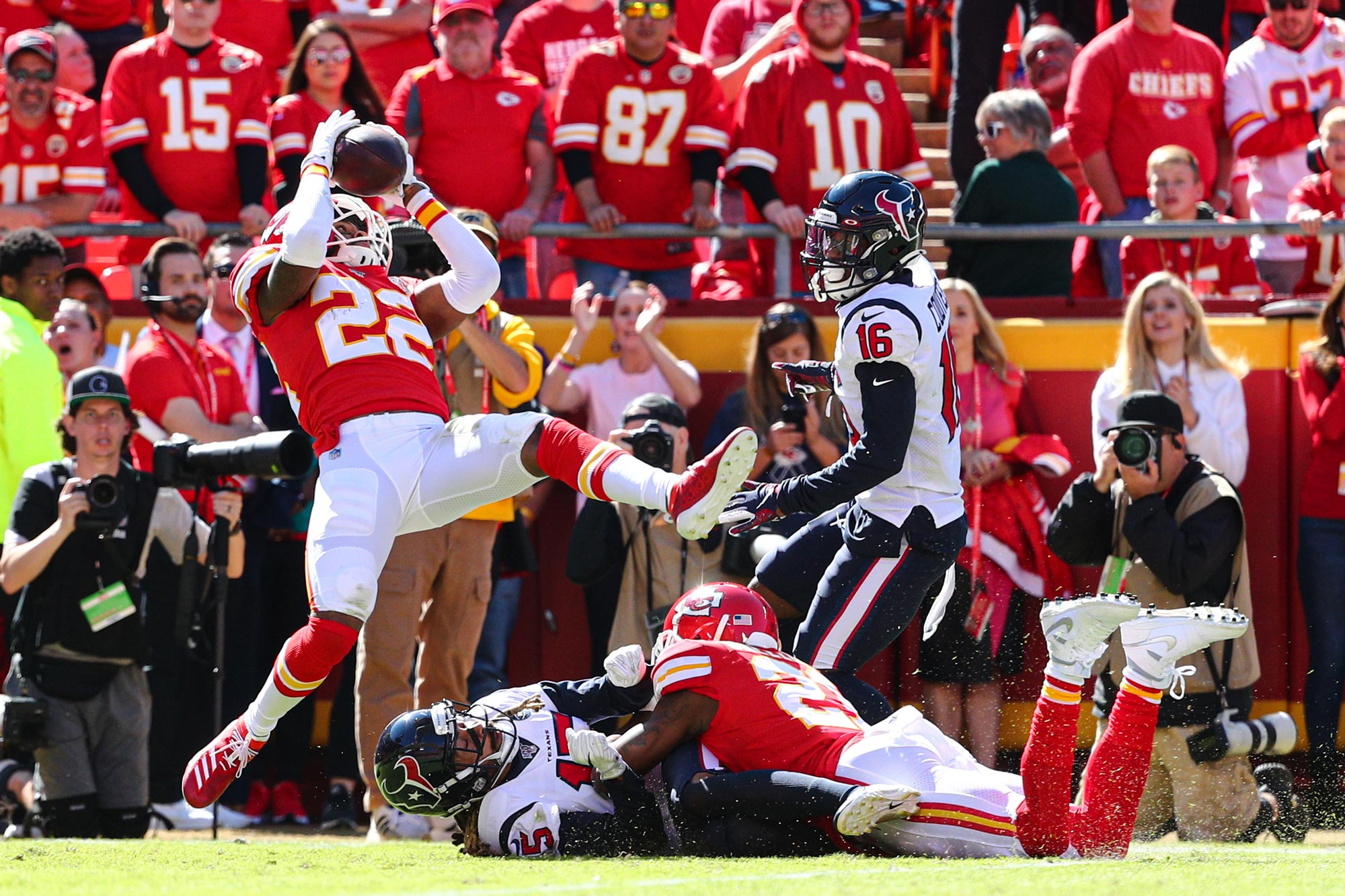 As part of an NFL initiative called, “My Cause, My Cleats” – which allows players to wear cleats in support of causes they are passionate about – Thornhill supported the American Foundation for Suicide Prevention with these customized cleats.

You are not alone #SuicidePrevention #MyCauseMyCleats pic.twitter.com/zeIs7tQ6GV

For another game, Thornhill showed his support for the U.S. military.

For the ones that fight for our freedom #SaluteToService pic.twitter.com/jjW5sf0gta

Coming out of Altavista Combined School, a school of approximately 700 students in grades 6 through 12, Thornhill didn’t receive as much attention as players from bigger schools. He was rated as just a three-star (out of five) prospect by the major recruiting services.

At Altavista, Thornhill was part of football teams that won back-to-back Virginia High School League 1A state championships and also led the basketball team to three state VHSL 1A state titles. Thornhill was known for his great jumping ability, with a number of his dunks making it on to ESPN.

‘One in a Million’

Thornhill has always been known for much more than his athletic prowess.

Andrea Hundley, who taught Thornhill algebra at Altavista, told the Altavista Journal last January that Thornhill had many positive qualities.

“He had great manners,” Hundley said. “He always helped other kids. Even on the field, it wasn’t always about him; he was a team player. It wasn’t like he was just trying to shine individually – he worked well with his team. Anytime we’d come in after the weekend and congratulate him on a good game, he was never proud about it. He was always humble about it.”

Former Altavista basketball coach Mike Cartolaro added: “He was an incredible, gifted athlete, an amazing athlete. But the best thing about him is he’s a great person. … He’s one in a million.”

As a senior in 2018, Thornhill came into his own, leading the team with 98 tackles and finishing No. 3 in the nation with six interceptions. An anthropology major, Thornhill set a school season record for interception return yards with 141, which included a 54-yard return in the Belk Bowl.

The Chiefs drafted Thornhill in the second round of the 2019 NFL Draft and signed him to a four-year, $4.64 million contract.

This season, Thornhill has seemed determined to put the injury that cost him a chance to play in last season’s Super Bowl behind him.

The moment that created a monster pic.twitter.com/SCGSGWylSh

Sometimes you have to get knocked down lower than you’ve ever been, to stand up taller than you ever were.