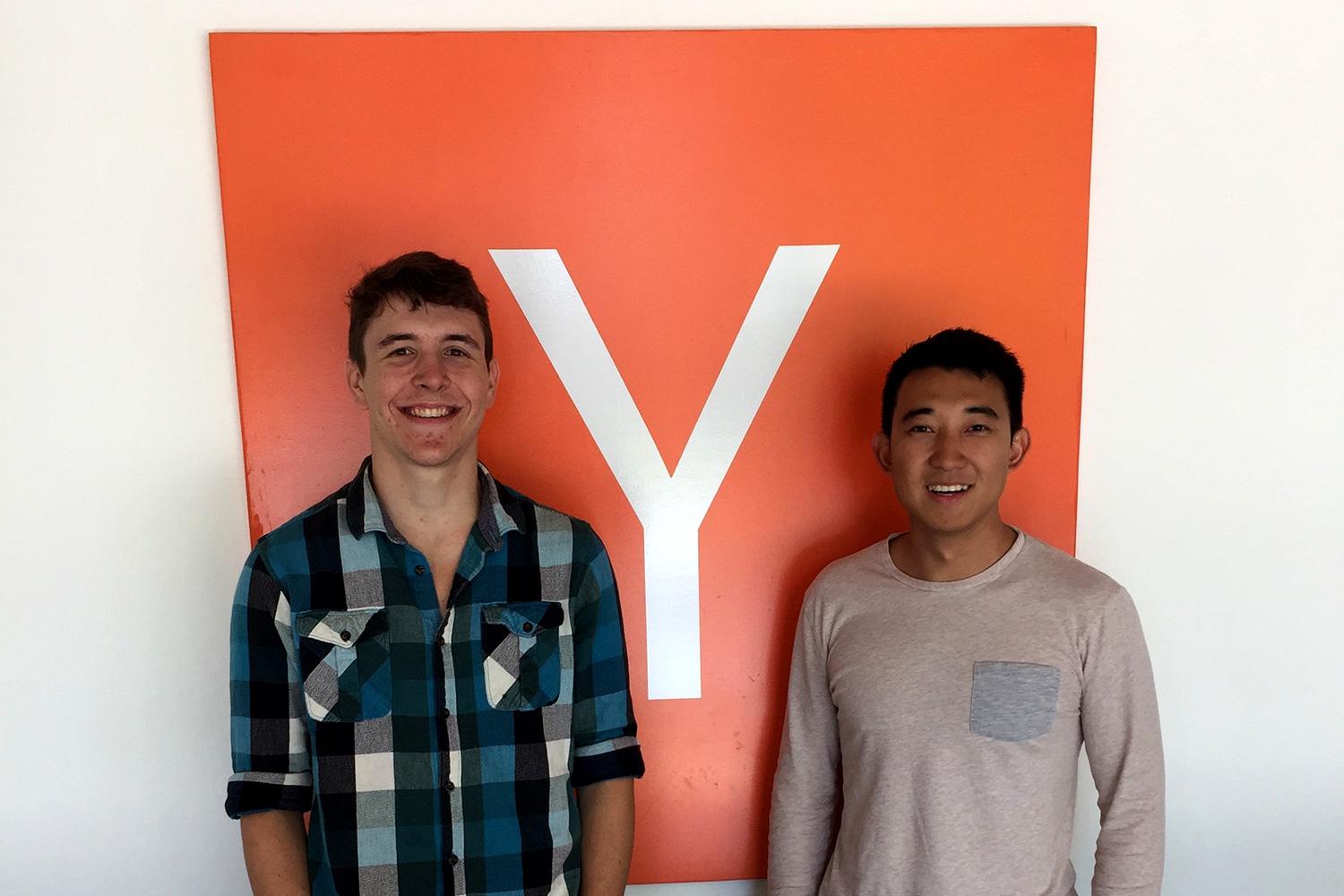 Less than two years after graduating from the University of Virginia, Vincent Ning and Michael Paris already have a year of experience at Microsoft under their belts and have just launched a start-up that’s been accepted into Y Combinator, one of the world’s hottest entrepreneurial accelerators.

While working together in Seattle, Ning and Paris got the idea for new software that would drastically reduce the amount of time it takes to develop web and mobile applications. Their company and app platform of the same name, Scaphold, simplifies the creation of the back-end data systems needed to build new apps.

“Our program allows users to create an entire back-end for an application in a matter of minutes – a process that could normally take up to several months,” Paris said.

Paris, who earned his degree in computer science from UVA’s School of Engineering and Applied Science, has been designing apps since he was a first-year student and began collaborating with Ning to build apps during their fourth years at UVA. Ning, who graduated with a degree in computer science and economics from the College of Arts & Sciences, had an eye toward the business side of app creation as well.

Their biggest project at UVA was a collaboration with several other students on an online platform called Nostrajamus. It was designed to facilitate music predictions, discovery and taste-making and was a finalist in the University’s annual Entrepreneurship Cup.

“Through Nostrajamus, we became familiar with how web apps are created and also with all the frustrations that come with that process,” Paris said. “When you build these applications, there’s a lot of things you do over and over again to solve the same problems, and we weren’t happy with the current state of the technology.”

Scaphold is built around GraphQL, an applications layer query language developed and open-sourced by Facebook. GraphQL provides structure to what has been the wild west of web application programming interfaces and in effect allows users to consolidate many data sources behind one easy-to-understand language. The Scaphold platform acts as a set of tools to help developers launch apps through that language, walking them through all the necessary steps and providing all the necessary server support.

“You don’t have to write any code on the server side. You don’t have to worry about deploying anything, scaling your servers or anything that goes on with the plumbing in the back,” Ning said. “We handle all of that and you just worry about building your front end, whether it’s a site or mobile app for IOS or Android.”

Scaphold maintains all the databases and web servers for the apps developed on its platform, so users don’t have to deal with the infrastructure aspect.

“In addition to the core data service that we provide, we also have this integrations system that is somewhat unique to our service,” Paris said.

Users can integrate services like Stripe, an online payment platform for businesses, as well as popular messaging platforms like Slack and even push notification capability for iOS and Android devices.

The ease of use and integration is already proving extremely popular with developers. Since the company launched this summer, more than 1,500 apps have been built using its software.

As they prepare to join Y Combinator’s winter accelerator Ning and Paris are hoping that the program will help them continue to expand their user base. They’re also reflecting on the experiences at UVA that helped prepare them for this moment.

“We worked a lot with Liz Pyle [associate director of technology entrepreneurship] and Alex Zorychta [director of the Works in Progress program] in the Engineering School,” Ning said. “They were really helping to jump-start student entrepreneurs when we were there and help them work through competitions like the [Entrepreneurship] Cup that make you think about all aspects of the business and building a product through to the launch.”

Paris also points to his experience with the entrepreneurial-focused student group HackCville and the hands-on practice he got there testing new app designs with other students.

For current students who might wish to follow in their footsteps, Ning and Paris both advise having a willingness to experiment and take risks when launching new ideas.

“Don’t be afraid to just do it. Entrepreneurship is one of those things that is very daunting to think about and everyone dreams about, but never does,” Ning said. “Coming from our experience, we did work at the big tech company with good-paying jobs and it was something that we thought long and hard about – whether we wanted to quit and do this. At the end of the day it was worth it to try. It’s something that we would have always regretted if we didn’t do it.”