Alumnus: The Red Cross Needs Blood Now More Than Ever 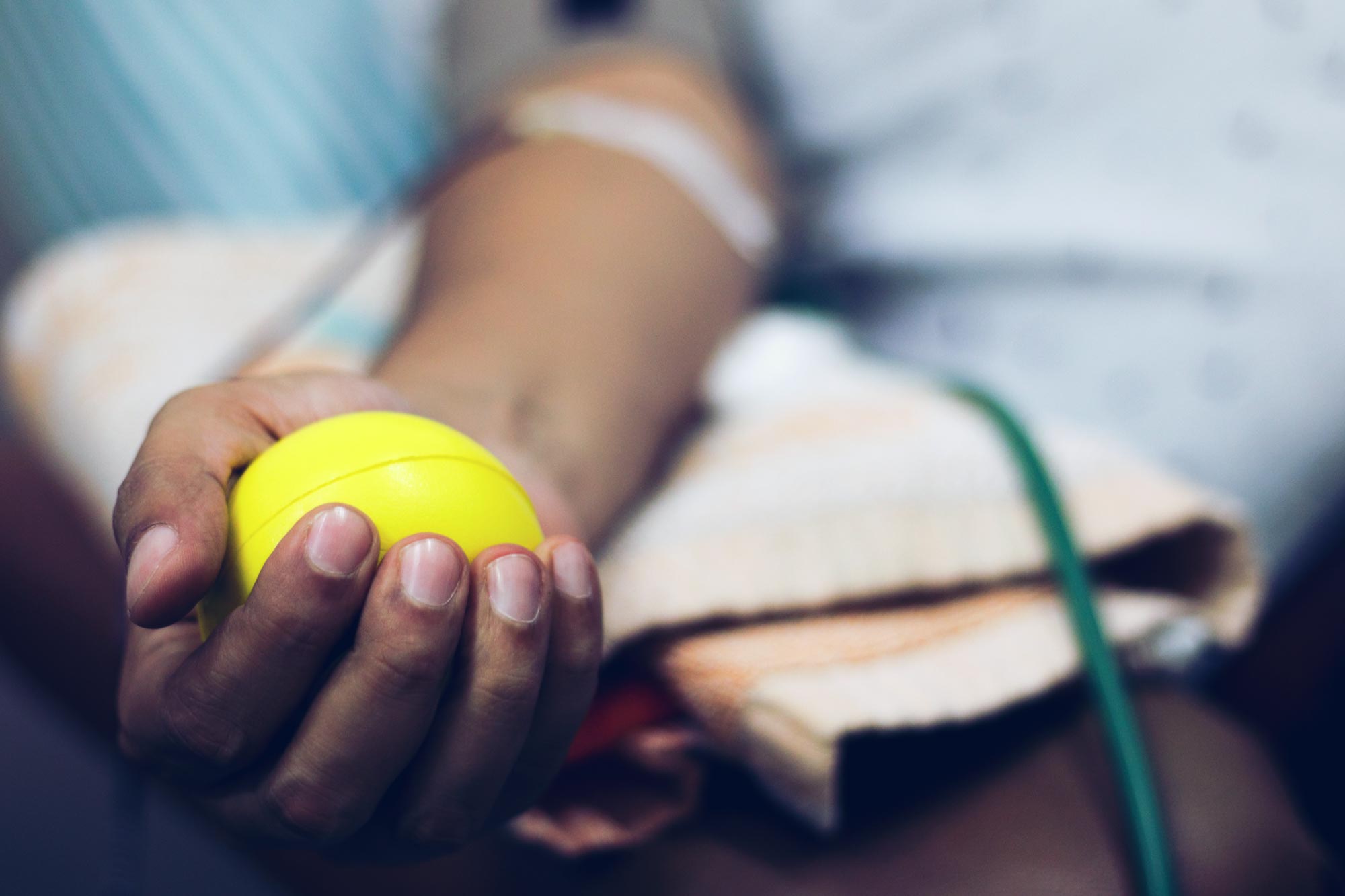 Since the coronavirus hit the United States, American Red Cross has seen a substantial decrease in donations.

James Hatcher worked for a hardware business for three decades following his graduation from the University of Virginia’s McIntire School of Commerce. One of the things the Richmond native liked most was the company’s family atmosphere.

Hatcher said his current place of employment – the American Red Cross, where he serves as CEO of the Virginia region – has a similar close-knit feel.

Since the coronavirus hit the United States, the Red Cross has faced numerous obstacles in trying to keep its blood banks stocked.

Everyone pulling together in the same selfless fashion has helped overcome some of them, but that’s not to say the Red Cross is where it wants or needs to be in order to serve millions of people in need across the country.

When it comes to donating blood, Hatcher said now is as crucial a time as ever.

Doing so can help a cancer patient, someone who has been in an accident, a mother who has had labor complications … the list goes on and on.

“A lot of the typical demands that are there for blood don’t go away during an event like this,” Hatcher said. “The demand at the hospital level remains as high as it would typically be. The need for blood is never-ending, and there’s only one way to get it – through volunteer donations. There’s a constant need for it at some level in every community.”

Since the coronavirus hit, the Red Cross has had roughly 7,000 blood drives cancelled, which equates to more than 200,000 units of blood that weren’t donated.

The cancelations have put a major strain on the Red Cross’ fixed-site locations across the state.

And social distancing guidelines (like the space between donation beds) and other safety protocols have decreased the number of donors those sites can have at one time.

Within the last two weeks, the Red Cross has seen a large uptick in the number of people wishing to donate blood; however, there haven’t been enough appointment slots to meet the demand.

The Red Cross is working on identifying larger donation spaces, like hotel ballrooms, which would enable them to set up more beds – which, in turn, will create more appointment slots. 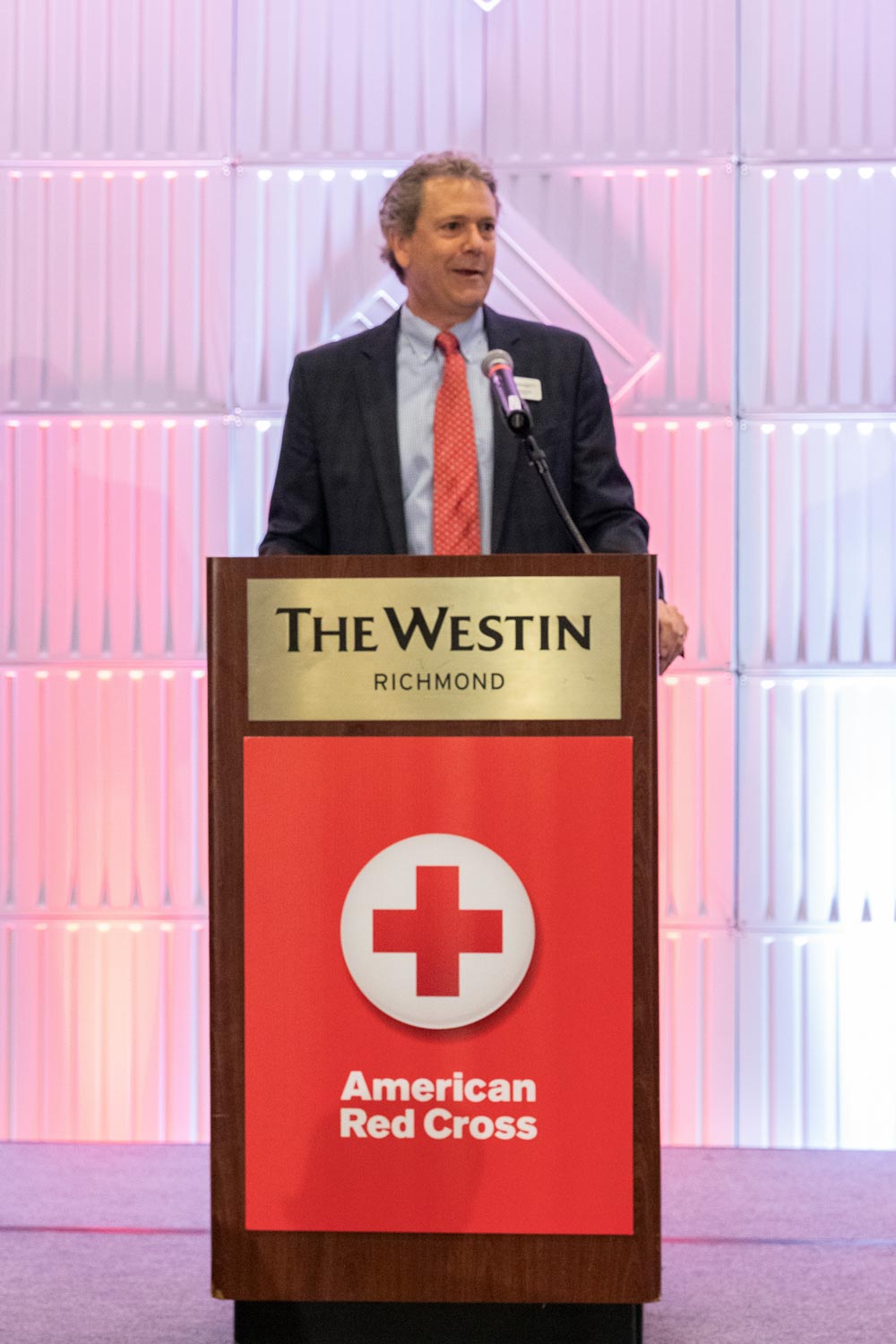 Safety is the Red Cross’ No. 1 priority. To that end, they screen staff, volunteers and donors before they enter the facility, taking temperatures and performing hemoglobin and blood pressure checks. “The last thing we want is for somebody to come out who is in that high-risk category and put them in a situation where they don’t feel safe or puts them in unnecessary risk,” McNamara said.

Hatcher is encouraged by the numbers from the last two weeks.

“The fact that we have had some reductions in elective surgeries has helped further close that gap. The problem is that these surgeries that are being delayed are going to come back online at some point in time. That urgent need is somewhere in the pipeline. It’s just a question of where and when it is. That’s why we’re continuing to emphasize to people that this is a long-term need in the community.”

Over the years, Hatcher said the UVA community has been a valuable partner, with UVA Health and other University-affiliated organizations hosting countless drives that benefit not just people living in the state, but around the country.

While UVA cannot, presently, host any drives, Hatcher – whose wife and son are also UVA alumni – is once again counting on the community to help during the crisis.

“They’ve been instrumental in helping us support our needs in other parts of the state,” he said.

Hatcher said he is continually amazed by people who make donating blood a priority.

“It’s doing something for somebody who you will likely never see or never meet,” he said, “but you’ll very likely be helping save somebody’s life.”

That selfless attitude is also evident through the thousands of volunteers Hatcher works with on a daily basis.

“There’s nobody here at Red Cross that doesn’t have a passion for what we do – helping people in the community,” he said. “It’s just really fulfilling to be around those types of people.”

To schedule an appointment, visit redcrossblood.org, use the Red Cross mobile app or call 800-RED-CROSS.