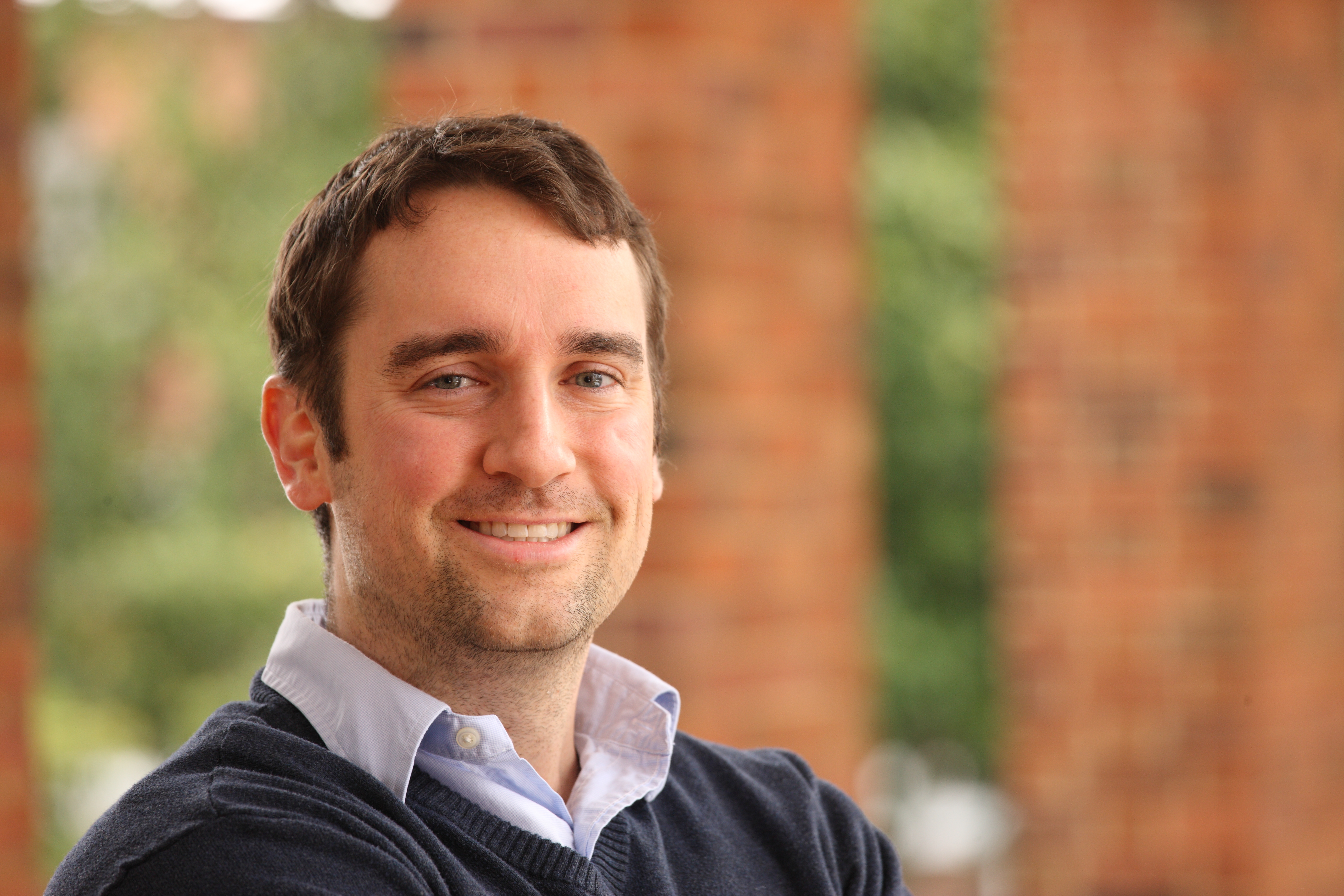 Patrick Hopkins, an assistant professor in the University of Virginia’s Department of Mechanical and Aerospace Engineering, is a finalist for the Blavatnik Awards for Young Scientists, which will honor three U.S. faculty-rank scientists or engineers age 42 or younger.

In the inaugural year for the national award, one Blavatnik Laureate from each of three disciplinary categories – life sciences, physical sciences and engineering, and chemistry – each will receive $250,000 in unrestricted funds. The awards will be presented Sept. 15 in New York City.

In the physical sciences and engineering category, Hopkins is among 10 finalists from leading academic and research institutions.

“I’m still kind of in awe that I’m part of this kind of finalist group,” Hopkins said. “It’s a remarkable honor, and I still can’t believe it.”

Hopkins, 32, first came to U.Va. as an undergrad after moving to Northern Virginia when his father, an Air Force nuclear engineer, was stationed in  Washington. In 2004, Hopkins received dual bachelor’s degrees in mechanical engineering and physics. In 2008, he received his doctorate from U.Va. After a three-year fellowship at Sandia National Laboratories in Albuquerque, New Mexico, he returned and joined the U.Va. faculty in 2012.

As an undergrad, Hopkins felt drawn to thermodynamics and heat transfer and also really liked quantum mechanics. He was offered an opportunity to do research under Pamela Norris, Frederick Tracy Morse Professor of Mechanical and Aerospace Engineering, whose lab was looking at heat transfer on the nanoscale and its blend with quantum mechanics. He continued in her lab during grad school.

“The motivation behind all my work is to create materials that are more energy-efficient,” Hopkins said, pointing out that government statistics show that more than 50 percent of energy consumed in the United States is wasted. As an example, he noted that 95 percent of the electricity used by an incandescent light bulb goes into heat and only 5 percent goes into light.

The theme of Hopkins’ research is to manipulate material properties at the atomic level – the level of the nanoscale – so that energy will move faster or more slowly through material.

“Where my research has come in is to make materials that can basically use the energy they consume more efficiently instead of wasting it to not serve their initial purposes,” Hopkins said.

“Let’s say you have a computer chip and you want computers to run really, really fast without getting hot,” he said. “In that case, we would want a material where you have very, very high thermal conductivity and very, very fast electron flow.”

He is working on such problems at the atomic level, seeking to manipulate atomic arrangements and material combinations in order to control how electrons and heat are moving through the material.

“And then if we have that control over these energy properties, then we can basically design materials for very specific applications to make them more energy efficient,” he said.

One example is thermal barrier coating for aircraft engines. “We had to create a material that not only would be a superior thermal insulator, but also could withstand temperatures up to 1,500 degrees Celsius,” Hopkins said.

Day-to-day activities in his lab include testing thermal and electrical properties of materials using short-pulsed laser systems that shine very brief bursts of light on a material, exciting electrons and creating heat.

The Blavatnik Family Foundation is led by Len Blavatnik, a philanthropist who is the founder and chairman of Access Industries, a privately held U.S. industrial group.

It’s Copperhead Season in Virginia. Here Is What You Need to Know END_OF_DOCUMENT_TOKEN_TO_BE_REPLACED

What’s Next for UVA’s Class of 2022? END_OF_DOCUMENT_TOKEN_TO_BE_REPLACED