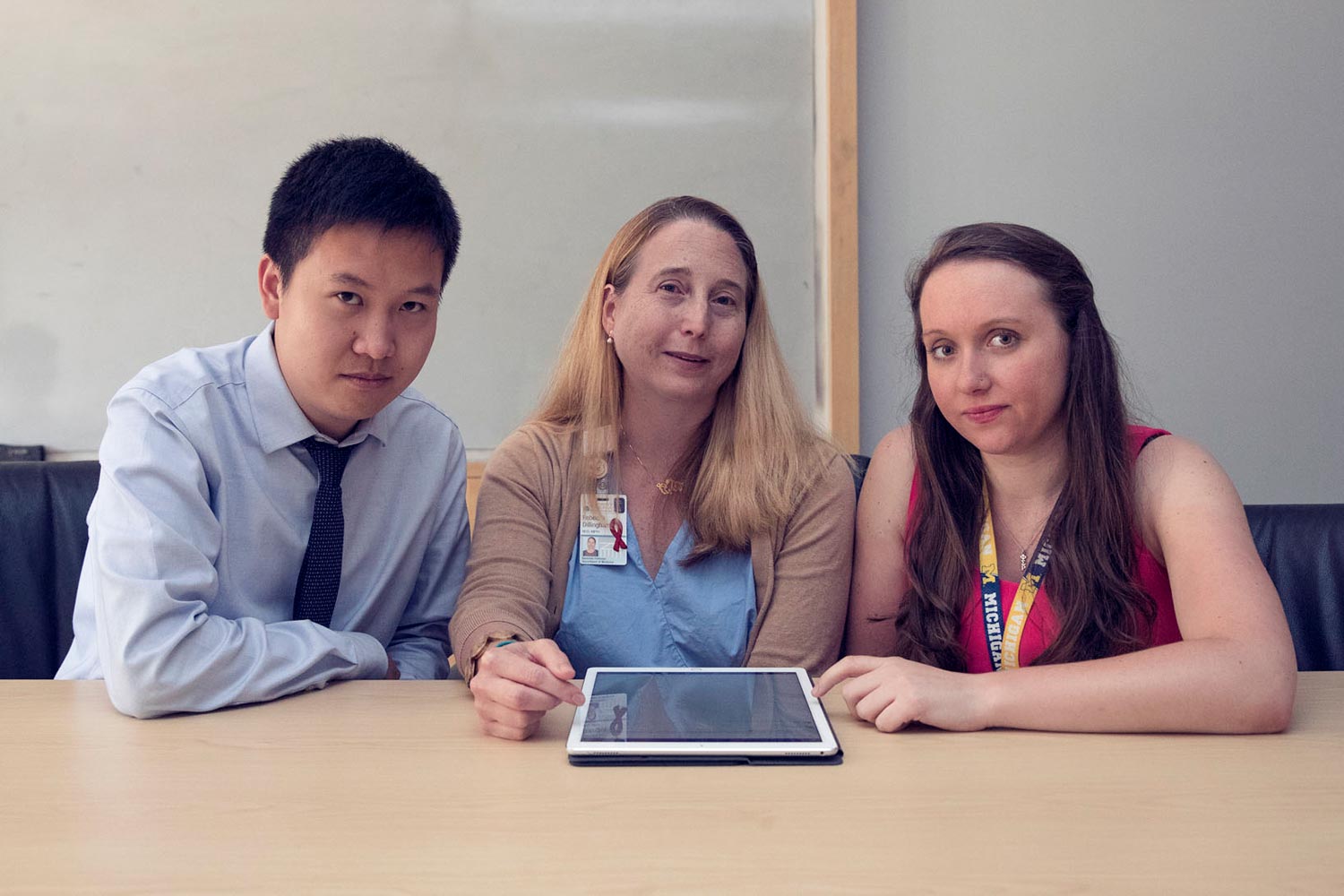 A smartphone app designed to improve care for people living with HIV has increased users’ consistency in doctor visits and improved their health outcomes, a new study has found.

Users of the PositiveLinks intervention developed at the University of Virginia School of Medicine showed marked improvement in sticking to their treatment programs. Users had improved consistency in making their doctor visits at both six and 12 months, and the percentage of people with “undetectable HIV viral loads” – a key outcome for individuals living with HIV – increased significantly.

“PositiveLinks was developed with significant input from our patients for the entire duration of the project,” said Dr. Rebecca Dillingham of UVA’s Ryan White Clinic, a major provider of HIV care in Virginia. “We believe that this collaborative approach to creating and testing a clinical intervention made it more appealing to our patients and contributed to the terrific outcomes.”

The PostiveLinks app offers a powerful mix of engagement, social interaction and access to care providers. It provides appointment reminders, important health information and daily questions about stress, mood and medication adherence. In addition, it features a virtual support group where users can interact anonymously to ask questions, share their stories and find strength in the journeys of others.

UVA created the app to address serious gaps in health care for people living with HIV. The study researchers note that nearly half of people diagnosed as having HIV never establish regular care. And that can have serious consequences, potentially leading to death.

To evaluate the PositiveLinks app’s effectiveness, the researchers recruited study participants at the Ryan White Clinic and in the local community. To be eligible, patients had to have received their diagnosis within 90 days of enrollment or to have suffered a lapse in care or be in danger of a lapse. Of the 77 participants enrolled, 72 percent had incomes below the federal poverty level.

The results were striking:

So why did this app work when other, similar apps have failed? In a paper outlining their findings, the researchers credit the app’s design. “An important factor in the popularity and success of the PL intervention may be its underlying principle of ‘warm technology,’” they wrote. “‘Cold technology’ is impersonal, isolating and not concerned with feelings or emotion. In contrast, ‘warm technology’ is personal, facilitates human contact and shares emotions. The PL intervention was not just a stand-alone app but a pathway to human contact.”

While the researchers are continuing to improve the app, they have already rolled it out to serve more than 200 patients at UVA, and they are replicating the program at Inova in Northern Virginia as well as in Lynchburg. It’s also being used in Irkutsk, Russia, to support people co-infected with HIV and tuberculosis.

The work was supported by the MAC AIDS Fund and AIDS United.

What Is the ‘4th Side’? END_OF_DOCUMENT_TOKEN_TO_BE_REPLACED