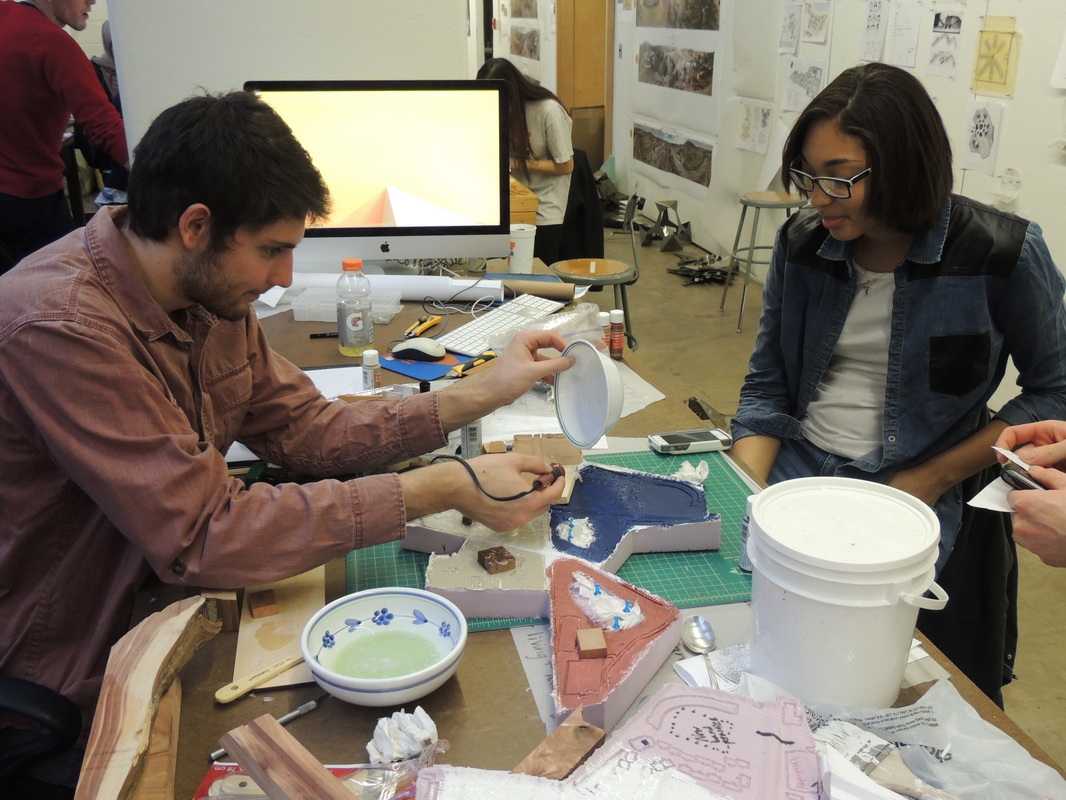 It’s become a rite of winter: For the fourth consecutive year, students from the University of Virginia’s School of Architecture began the new semester by forming teams and tackling a local land-use question in a one-week competition.

This year’s focus: reimagining Ivy Road, from the Boar’s Head Inn to Emmet Street – a major entrance corridor for the University.

The annual Vortex competition featured nearly 300 architecture students, ranging from second-year students to master’s degree candidates, from each of the school’s four disciplines – architecture, landscape architecture, urban and environmental planning and architectural history – who participated in workshops and a final competition. Forming 27 design teams (and three teams tasked with communicating about the proceedings), they were challenged to rethink student housing, public spaces and University buildings along the nearly three-mile stretch.

“What if Ivy Road was considered a street and not a road?,” Architecture Dean Elizabeth Meyer told the students. “The [Oxford English Dictionary] describes a path or a road as a place leading to something, the surface of such a way intended for vehicles, especially in contrast to the sidewalk for pedestrians. A street is a road in a city or a village or a town, that usually runs between two lines of houses or buildings. It’s a public space, a space of exchange and interaction.”

While the participants were given few limitations, some observers at the kickoff event made it clear they were hoping for actionable ideas, and not just pie-in-the-sky dreaming.

“Let the creative juices flow, and throw in a little practicality for those of us that are in charge of land use,” Albemarle County Supervisor Diantha McKeel said. Others in attendance with more than a passing interest in the outcome included Tim Rose, CEO of the U.Va. Foundation; Gay Perez, associate dean of students and executive director of U.Va. Housing and Residence Life; and Albemarle supervisor Liz Palmer.

Team Two’s realistic design, which focused on safety, connection of the area to the U.Va. grounds and sustainability, swept the major awards voted on by faculty members, fellow students and the general public. With three primary features – “Ivy Corner,” “The Vortex” and “The Ivy Yards” – the design transformed the area through the “daylighting” of an underground stream and a path passing through an area of high-density commercial and residential spaces, the conversion of University Hall into an academic hub and the establishment of residential colleges along Ivy Road.

“[We] felt very strongly that our design should strive to address issues of safety, inclusion and memory, and thus we ended up crafting a pragmatic scheme that addressed both ecological and social issues with sensitivity,” said Alexandra Dimitri, a master’s candidate and co-leader of the winning team.

Co-leader Hannah Barefoot concurred. “This Vortex was a brilliant opportunity to examine how design or understanding of space relate to community creation, inclusion and safety,” she said. “Our group was excellent at understanding the problems and trying to address them and be book-sensitive and also practical. We really hope that something good can come of this.”

The Copeley Road bridge, adjacent to Ivy Road and the last known location of Virginia Tech student Morgan Harrington, who was abducted and killed in 2009, was factored into the safety features of the design. The team planned to rename an enhanced bridge after Harrington.

“We need new and fresh ideas, and there is no better place for us to turn to than our students for those ideas,” U.Va. President Teresa A. Sullivan said. “I think you can help us strengthen the University’s residential learning culture. That is one of the top priorities in the University’s new strategic plan, the Cornerstone Plan.”

Throughout the week, the design teams received guidance and inspiration during lunch talks from U.Va. faculty members, visiting professors and alumni. Sylvia Karres, a landscape architect from the Netherlands, served as the Robertson Guest Professor.

The designs will be on display at City Space on the Downtown Mall through February.

The previous three Vortex competitions offered design solutions for the Route 29 Corridor, a stretch of the Rivanna River and on Charlottesville’s Belmont Bridge.

What Is the ‘4th Side’? END_OF_DOCUMENT_TOKEN_TO_BE_REPLACED