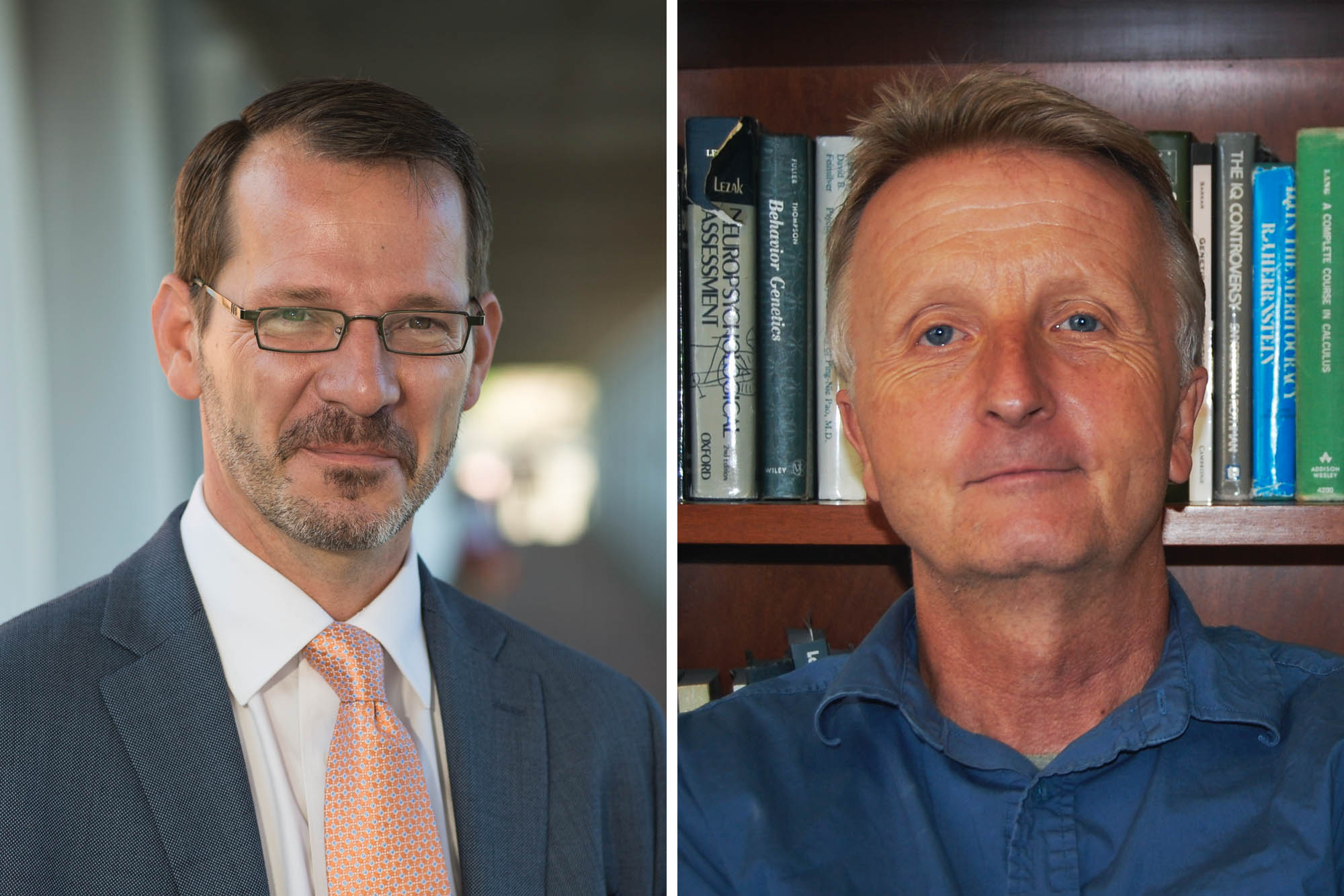 Ian Baucom, UVA’s Buckner W. Clay Dean of Arts & Sciences, and Eric Turkheimer, Hugh Scott Hamilton Professor of Psychology, are among the 252 new members in the 241st class announced by the academy Thursday afternoon. Founded in 1780 by John Adams, John Hancock and others who believed the new republic should honor exceptionally accomplished individuals and engage them in advancing the public good, the American Academy of Arts & recognizes distinguished honorees from increasingly diverse fields within the arts, democracy, education, global affairs and science.

Including Baucom and Turkheimer, the University now has 40 active members in the academy. Other recent inductees include UVA President Jim Ryan, who was elected in 2019; and School of Law Dean Risa Goluboff and the late history professor emeritus Joseph C. Miller, who were elected in 2018.

“Ian Baucom and Eric Turkheimer are extraordinary scholars and influential thinkers whose distinguished careers feature timely and relevant research and ideas that have advanced knowledge in the humanities and in psychology, respectively,” Ryan said. “This recognition from the American Academy of Arts and Sciences is well-deserved, and I congratulate them both on this important honor.”

A member of UVA’s faculty since 1986, Turkheimer has explored the possibilities and limitations of genetics for decades as a means of expanding the scope and rigor of human behavioral science. Specifically, he studies the genetics of complex behavior, individual differences in personality and the classification of mental disorders.

His research has covered many of the substantive and methodological themes that have fascinated behavioral genetic researchers: data from adoptees, twins, siblings, parents and children to investigate intelligence, personality, psychopathology and family dynamics; experimental and quasi-experimental research designs, statistical modeling, the synthesis of empirical results, and the philosophy of science.

“Professor Turkheimer’s meticulous and often courageous work spans over 30 years and has both challenged and quenched the controversies surrounding the interplay between genetics and complex human behaviors,” Erisir said. “Both his research with twins, examining the role of environment on intelligence, and his more recent studies showing that the heritability of IQ was modified by the socioeconomic status, have been no less than seminal.”

A past president of the Behavior Genetics Association, Turkheimer served as his department’s director of clinical training for five years (2003 to 2008) and has been an associate editor for the journal Psychological Assessment. He is currently an associate editor of the journal Behavior Genetics and has served on the editorial boards of the Journal of Personality and Social Psychology, and Perspectives on Psychological Science. In 2009, he was awarded the James Shields Memorial Award for outstanding research in behavioral genetics.

Baucom came to UVA in 2014 after serving for 17 years at Duke University as an English professor and as director of its John Hope Franklin Humanities Institute. Under his leadership, UVA introduced the first major revision to the College’s general education program in more than 40 years. The new curriculum, featuring an interdisciplinary array of courses designed to prepare undergraduate students for a widening spectrum of 21st-century professions and vocations, began as a pilot program in 2017. It quickly drew praise from higher education leaders across the country, and faculty voted to adopt it as the College’s primary curriculum.

Sarah Betzer, a founding co-director of the College Fellows, the group of distinguished Arts & Sciences faculty entrusted with designing the new curriculum, said Baucom encouraged them to “dream big” on the ambitious project.

“Without his deep trust in the faculty and in a faculty-led process, and without his unwavering moral and financial support, we would never have realized this crucial curricular work,” said Betzer, an associate professor of art history.

Baucom also partnered with colleagues across the University to form the Democracy Initiative; to enhance UVA’s brain science and environmental initiatives through faculty cluster hires and other programs; and to help launch UVA London First and other education-abroad programs. In response to the COVID-19 pandemic, Baucom collaborated with the School of Continuing and Professional Studies and other University leaders to create UVA Launchpad, an online, eight-week summer program designed to prepare students for the world of work by combining liberal arts coursework, technical “bootcamp”-style training and career-focused projects with companies.

Baucom is the author of “Out of Place: Englishness, Empire and the Locations of Identity,” and “Specters of the Atlantic: Finance Capital, Slavery, and the Philosophy of History” and the co-editor of “Shades of Black: Assembling Black Arts in 1980s Britain.” His most recent book, “History 4° Celsius,” released last year, places Black studies into conversation with climate change. For his latest book project, Baucom is working with colleagues from around the world to explore how universities can help tackle the many challenges and rapid transformations facing societies around the world today.