Astronomer: Moon Mission Can Reignite Interest in Space and Science 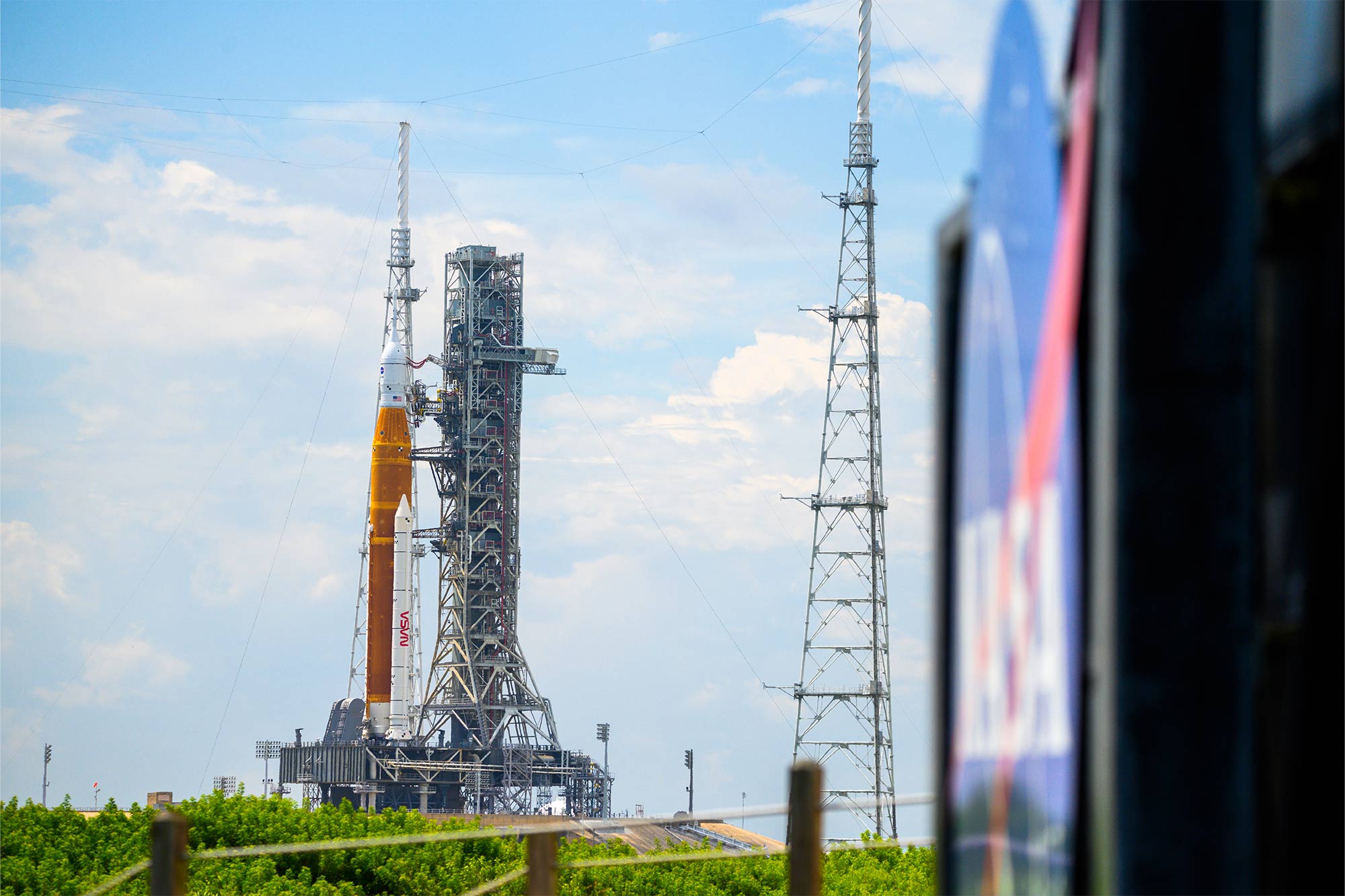 After a 50-year absence, NASA is aiming to go back to the moon.

The space agency has dubbed its newest lunar program “Artemis,” after the twin sister of Apollo in Greek mythology, with three flights planned to the moon: an initial unmanned flight, currently scheduled to launch on Saturday; a manned flight with four astronauts in orbit around the moon, launching no earlier than 2024; and then the final flight, in which two members of the crew will land on the moon’s surface, tentatively in 2025.

Matt Pryal, an assistant professor of astronomy at the University of Virginia, said he was drawn into the field by Joe Durkin, his ninth-grade earth and space science teacher, who had an infectious passion for astronomy.

“I started watching television shows and reading books, getting telescopes and looking at the stars,” Pryal said.

Pryal was a graduate student at UVA before joining the faculty, and he defended his thesis in December  2020 on exoplanets, which are planets outside of our solar system.

Matt Pryal, an assistant professor of astronomy, teaches introductory astronomy courses and is excited about the impending return to the moon. (Photo by Dan Addison, University Communications)

UVA Today asked Pryal about what the Artemis program means.

Q. What is NASA hoping to accomplish?

A. NASA gives scientific and/or inspirational reasons for the mission, but I would say that the main reason is to excite people to rejoin the science, technology, engineering and mathematics fields the same way the Apollo missions did in the 1960s and 1970s. They inspired a new generation. NASA even calls the generation it wants to inspire “the Artemis generation,” to show this new generation that anyone can become a scientist or engineer. Another goal is to send the first woman to the moon, as well as the first person of color.

Q. What information can NASA draw from an unmanned spacecraft?

A. NASA wants to make it as safe as possible before they put humans in the spacecraft. They have three mannequins they are putting in the crew module that are going to have sensors all over their bodies that detect such things as how might radiation affect a human body. How might that radiation affect a male versus female body? What are the gravitational stresses as you are launching off the Earth, [and] as you slingshot around the moon? They have more than 5,000 sensors on them to detect all these different types of accelerations and forces and radiation that a human might actually experience.

Q. What can NASA find out by going back to the moon?

A. The major scientific things we could achieve would be to investigate the polar regions of the moon. The Apollo missions and a lot of the unmanned missions that have gone to the moon have gone to the equator because it is a lot easier to do with the trajectories of the orbits at play. It is hard to go to the poles.

But the goal with the Artemis missions is to get humans to the polar regions, specifically the south pole, to pick up rocks, to study them in depth and learn about the solar system formation. And there is a lot of ice water in the craters at some of these polar regions. And so maybe be able to investigate the ice water as well to see what that water has been like over the past couple of billion years that it has been there, compare that to ice water we find on Earth, or maybe compare that with the signatures of ice water elsewhere.

Q. If the moon is such as inspiration, why did we walk away from it?

A. In the 1960s and 1970s, the main goal of the Apollo mission wasn’t to innovate scientifically. It was basically a political act to show how powerful the United States was compared to the Soviet Union.

The reason we were able to so seamlessly go to the moon in the 1960s and 1970s was because of how much money was funded to show how powerful America was. More than 3% of the federal budget was put toward the Apollo missions, whereas today NASA gets less than half of a percent.

So nowadays, we not only want to go to the moon, but we want to build telescopes like the James Webb Space Telescope, do stuff like the International Space Station, and explore other avenues that have been opened up – not just show how powerful America is.

But even though [the Apollo program] was politically motivated, it still created this generation of people who wanted to go into STEM. It was an investment in the future. I would say we stopped going to the moon because we proved the major goal of the mission: we showed how powerful the U.S. was, militarily, politically, scientifically, etc., and so the funding kind of backed off when that was done.

Q. What is the timetable with the Artemis launches?

A. The Artemis I mission is supposed to launch this week and then they say no earlier than 2024 is when they will be doing the Artemis II launch, which will have humans in it. It won’t land on the moon, but it will put the humans in a lunar orbit that they will be using for an actual landing mission. Of course, it is going to launch scientific satellites and other things in the process as well, just as the Artemis I mission.

Then NASA says no earlier than 2025 is when humans will again, hopefully, for the first time since 1972, actually step on the moon, and that would be the third Artemis mission.

Q. How does this fit in with plans to go to Mars or the moons of Jupiter?

A. They are using it as a test tool to go to Mars and potentially some asteroids. Rocket science is rocket science. It is difficult and the best lab you would have for going to Mars, the nearest terrestrial world that we have, is the moon.

Q. Are there plans for a space station near the moon?

A. In addition to a moon base in the long-term future, there is a hope of a sort of a lunar orbiter, like a lunar space station, part of humans’ long-term presence on and around the moon.

Q. What does all this mean to you as an astronomer?

A. One of my favorite things to do in astronomy is talk to people and get people excited about astronomy. And anything that pops up along the way that gets people excited certainly excites me and makes me want to chat with people about it.

What’s the True Story of Brooks Hall? This Architectural Historian Has the Answer END_OF_DOCUMENT_TOKEN_TO_BE_REPLACED

At UVA, There Is a Club for Everyone END_OF_DOCUMENT_TOKEN_TO_BE_REPLACED