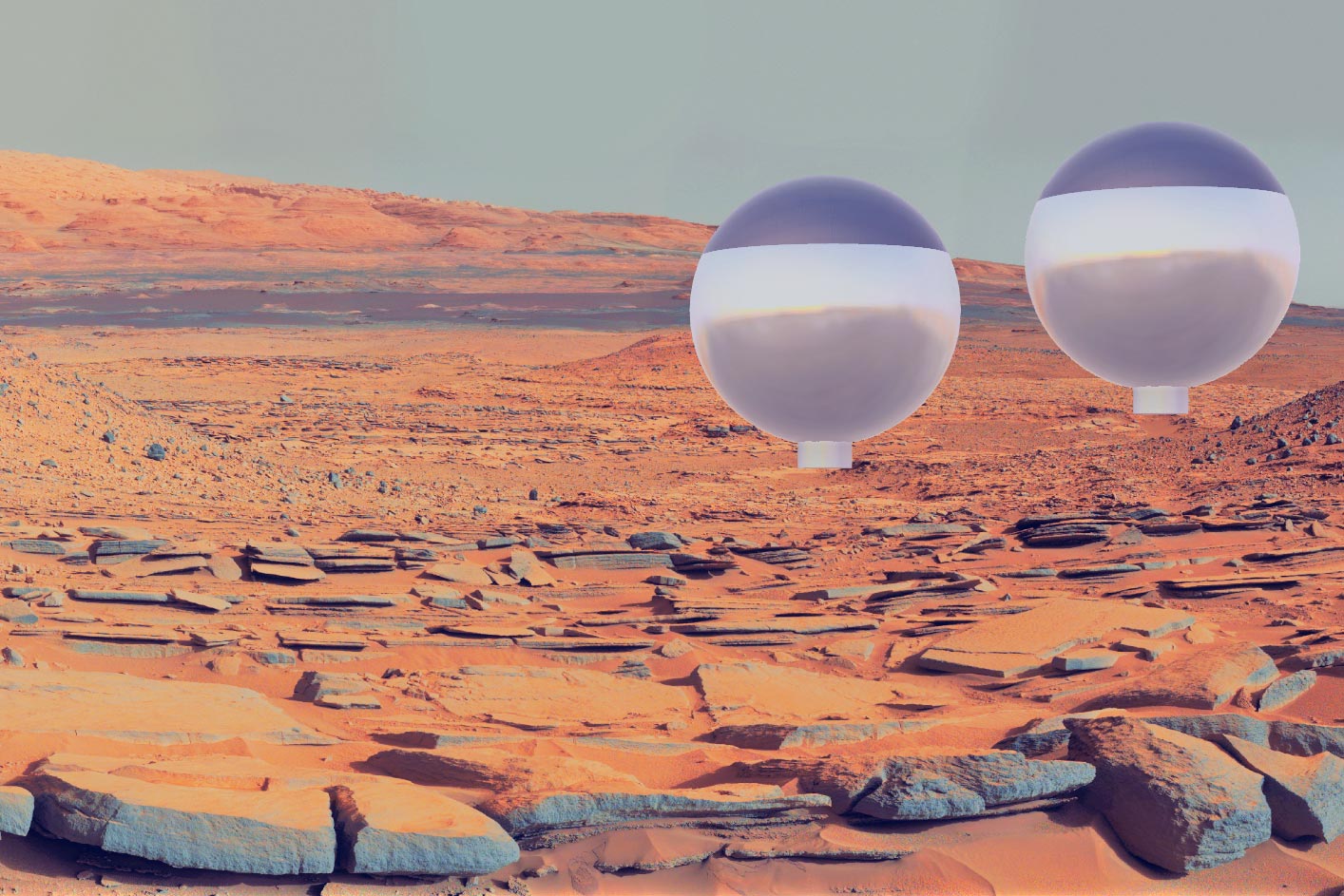 Gupta, an electrical engineering professor at the University of Virginia, and his team of students are among five finalists in NASA’s BIG Ideas Challenge for 2018.

BIG stands for “breakthrough, innovative and game-changing.” It is a university-level design competition sponsored by the Game-Changing Development Program within NASA's Space Technology Mission Directorate and managed by the National Institute of Aerospace.

This year’s challenge is to develop concepts for a reliable power source that could be put in place on Mars ahead of the arrival of the first humans. The challenge sought concepts for unique designs, installation and sustainable operation of a large solar-power system.

“NASA wants ideas of how to generate power on Mars,” Gupta said. “They specified they wanted 40 kilowatts of power. They specified that it has to be able to fit into a rocket with limited space.” 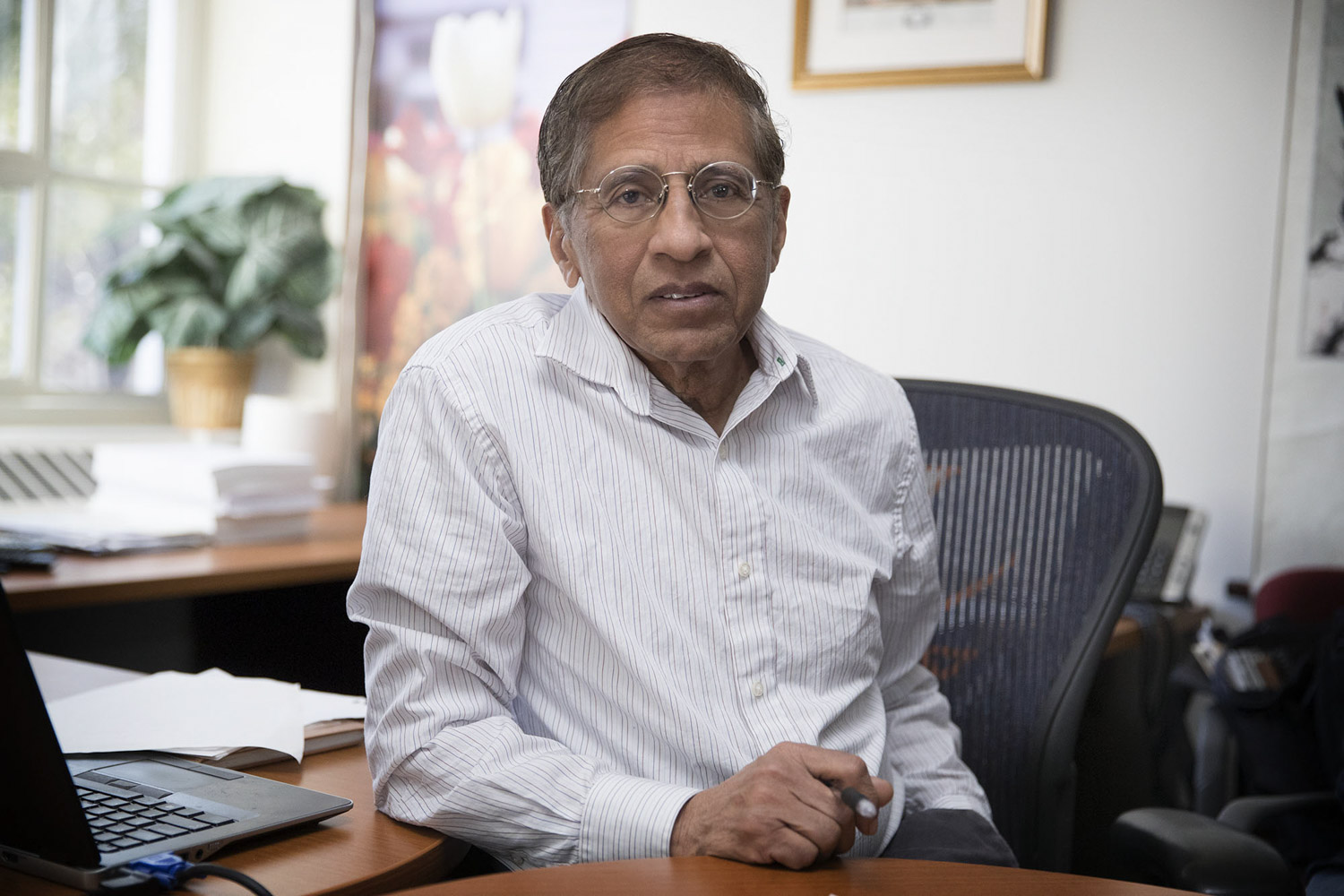 “Team Gupta” developed large balloons, approximately 50 meters in diameter and five to six stories tall, with flexible solar panels draped over the top to generate electricity on the Red Planet. With their basic idea accepted, the team has until March to refine the plan for the final selection. Other competitors in the challenge are teams from Norwich University, Princeton University, Texas A&M University and the University of Colorado at Boulder.

“I am really impressed by the number of proposals and the diversity of ideas,” said Lee Mason, principal technologist for power and energy storage in NASA’s Space Technology Mission Directorate. “I can honestly say that the proposals introduced new and innovative ideas for solar array packaging that we haven't thought about before.”

“Professor Gupta and his team have proposed a truly out-of–the-box idea: using two gas-filled balloons with a solar blanket wrapped around the top surface to simultaneously maximize energy collection and protect from Martian dust,” Sidiropoulos said. “This is the kind of project that fuels the imagination, and a wonderful opportunity for our students to engage in grand-challenge space research.”

The competition was announced in August and Gupta pulled together a team of four graduate students – George Wilkes of McLean; Matt Julian of Warren County, New Jersey; Elisa Pantoja of Monterrey, Mexico; and Arpan Sinha of Calcutta, India – and one undergraduate, Wade Hisiro of Harrisburg, Pennsylvania. All of the students are electrical engineers.

“I knew these students and they all volunteered,” Gupta said. “We started brainstorming what to do with this.”

Their brainstorming had to wrestle with several limitations and obstacles.

“We have to be concerned about the size and the weight,” Pantoja said “It can’t be heavy, so we came up with something that is lightweight and you can roll it up.”

Gupta said the new generation of solar cells are lightweight and flexible and can be rolled into a tube like a sheet of paper. “They are two microns thick,” he said. “They can be rolled up and stored within the rocket.”

They developed the idea of giant balloons with flexible solar panels on the top of them.

“Mars’ atmosphere is mostly carbon dioxide and it has cold temperatures,” Gupta said. “We need something lightweight that can be packed easily on a rocket that does not have much space. Once on Mars, the balloon is opened up, filled with carbon dioxide from the Martian atmosphere and then the gas is heated by the sun and that gives the balloon a lift.”

Initially, they looked at one balloon that was about six stories high and the area of a football stadium. Then they scaled it back to have two or three balloons, so if something happened to one, there is backup.

Wilkes noted that Mars has about half of the sunlight on Earth, “but the atmosphere is thinner, so there is less absorption.” Thus, while there is less sunlight, because of the thin atmosphere, much of the light that reaches the planet will hit the solar panels. He noted that NASA requires 40 kilowatts, but he thinks their scheme can generate up to 145 kilowatts.

The thin atmosphere also diminishes the impact of the wind, so the balloons would not blow around much.

“Mars has a lot of dust,” Gupta said. “The dust can accumulate on a solar panel and reduce the conversion. NASA has a rover on Mars and that has a solar panel that has suffered from the dust. There is no good solution for that.”

However, he believes the balloon idea has the potential to address this problem. Having the panels on the top of the five- to six-story balloons will keep them elevated above most of the Martian dust, as well as above the dust storms that occur several times a year. 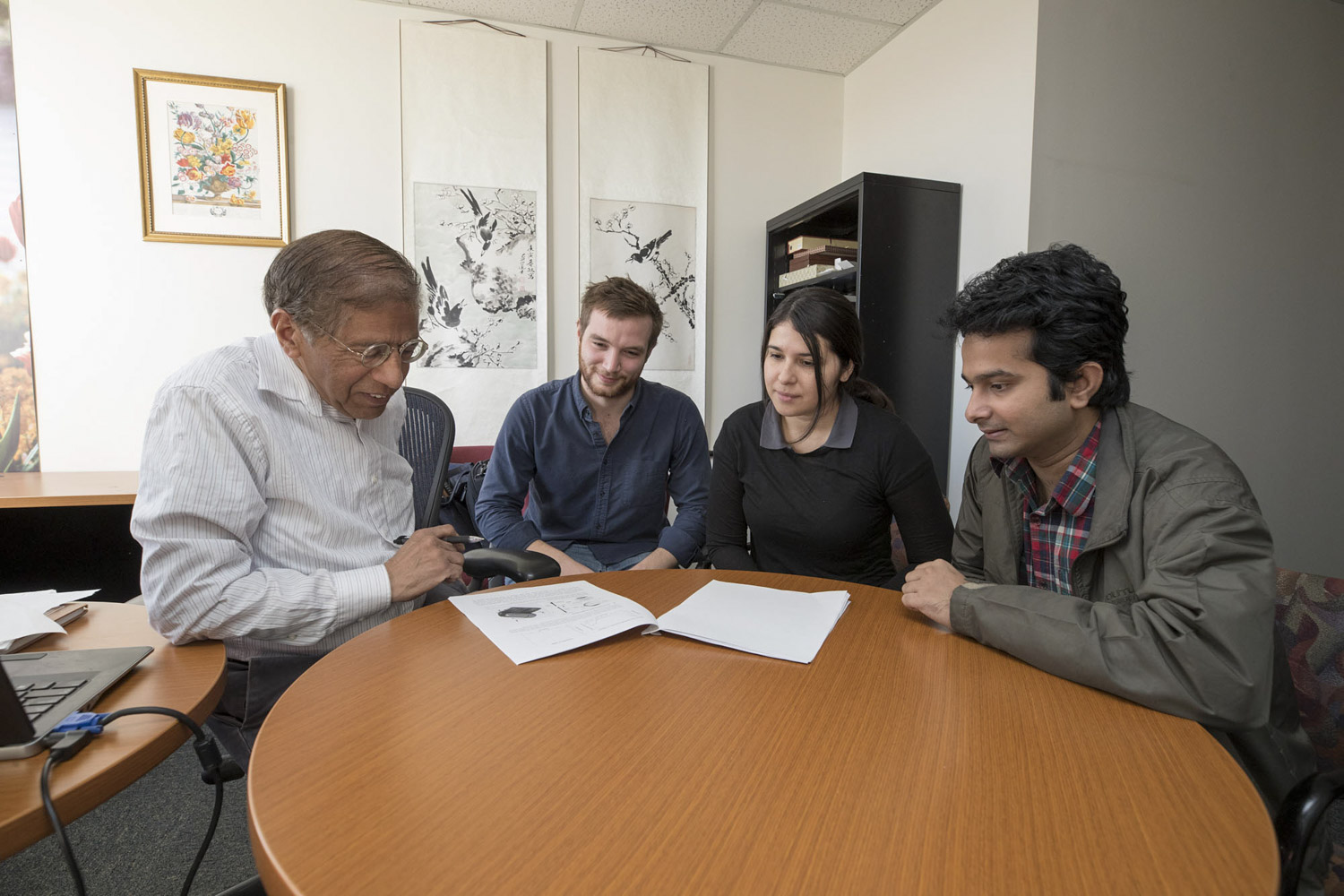 Gupta said he and the team have already gone over their plans after discussions with challenge judge Lee Mason and other NASA engineers, whom he said were quite supportive. As a finalist, Gupta’s team has received $6,000 from NASA to aid in its research; if they win the competition in March, the team will spend the summer working with NASA engineers in Ohio refining the idea. The mission to Mars is planned for around 2030.

“Harvesting the sun’s power for life, exploration and work on Mars is a critical hurdle in our journey to becoming a two-planet species,” said Shelley Spears, director of education and outreach at the NIA. “Engaging and challenging the next generation of bright minds to tackle this important technology gap moves us closer and closer to this goal. The excitement and enthusiasm the students bring to the opportunity is infectious and inspiring, and we are eager to see their final innovative engineering designs in March.”

Gupta said even if the team does not win in March, the exercise itself is of great benefit to them. The idea has terrestrial applications, such as bringing electricity to remote areas. Gupta also said the process is a powerful experience for the students.

“This allows the students to dream and to work with a team,” he said. “It is an opportunity for them to compete on a national basis. It is challenging and gives them the opportunity to leverage their knowledge. NASA is a fantastic agency and they may end up working there.

“They can take what they have learned from the textbooks and the classes and they can apply it to practical concerns.”

It also gives them an opportunity to get to know another planet.

“We weren’t alive when they landed on the moon,” Wilkes said. “This is not your standard homework assignment.”