Behind the Scenes, This Navy Veteran is Instrumental in Astronomers’ Success 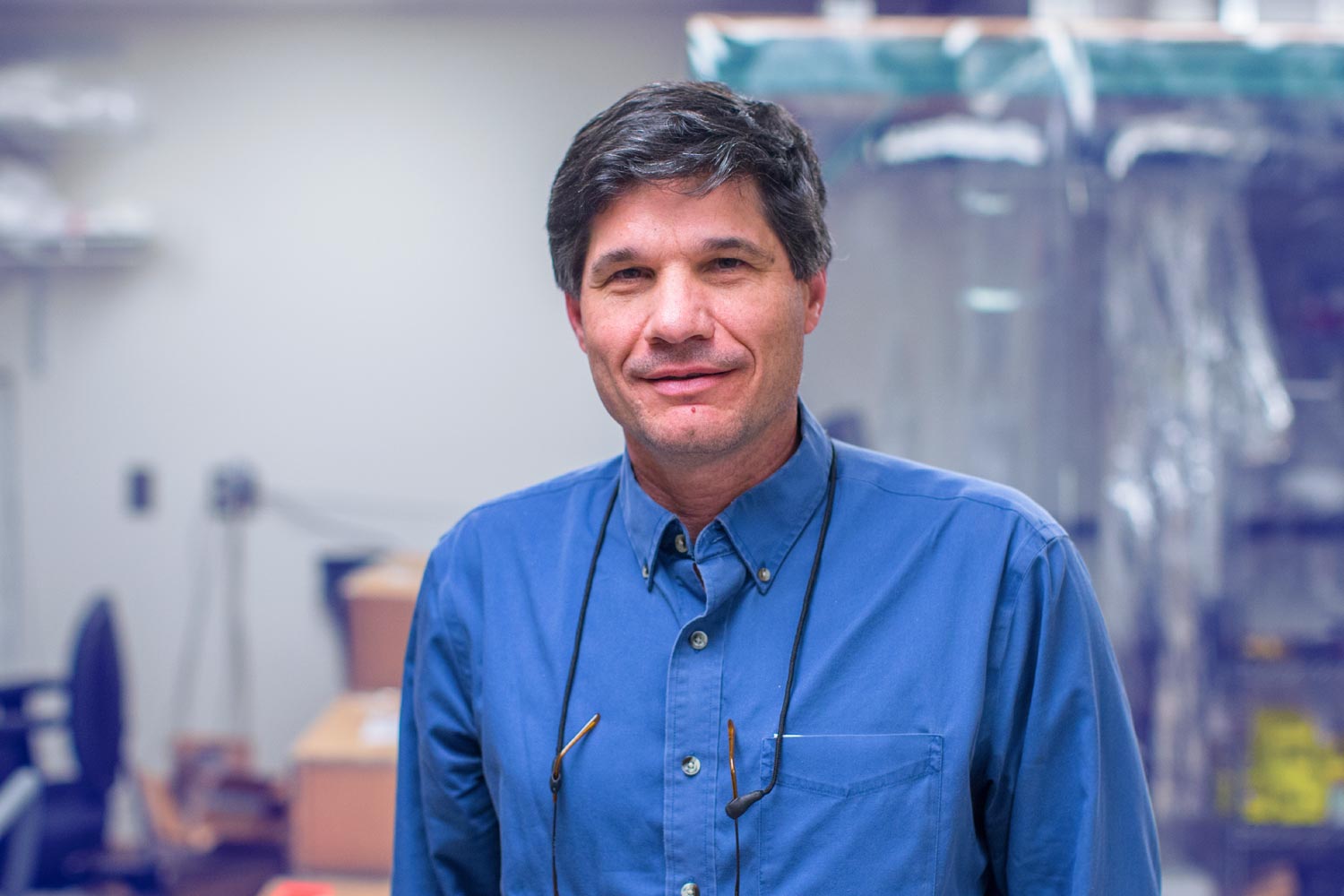 John Wilson first visited Chile as a 15-year-old Naval sea cadet aboard the USCGC Glacier, a Coast Guard icebreaker, when the ship made a port of call at Valparaíso on a return trip from Antarctica.

Decades later, Wilson returned to Chile as a senior scientist in the University of Virginia’s Department of Astronomy to install a cutting-edge spectrograph at Las Campanas Observatory, high in the Atacama Desert.

Those two moments in Wilson’s life are connected – and not only by geography. Wilson credits his time in the Navy for instilling in him a sense of discipline that he brings to his work today. “I was nurtured in this military environment,” he said. “When the Navy says ‘jump,’ they really like for you to say, ‘How high?’”

That discipline has paid off. In October, Wilson won the Astronomical Society of the Pacific’s 2017 Maria and Eric Muhlmann Award for his design and development of spectrographs in Chile and New Mexico that are giving astronomers a vast, new understanding of our galaxy.

The Muhlmann Award recognizes technological expertise that makes astronomy discoveries possible. It is one of the only prizes focused on astronomical instrumentation. 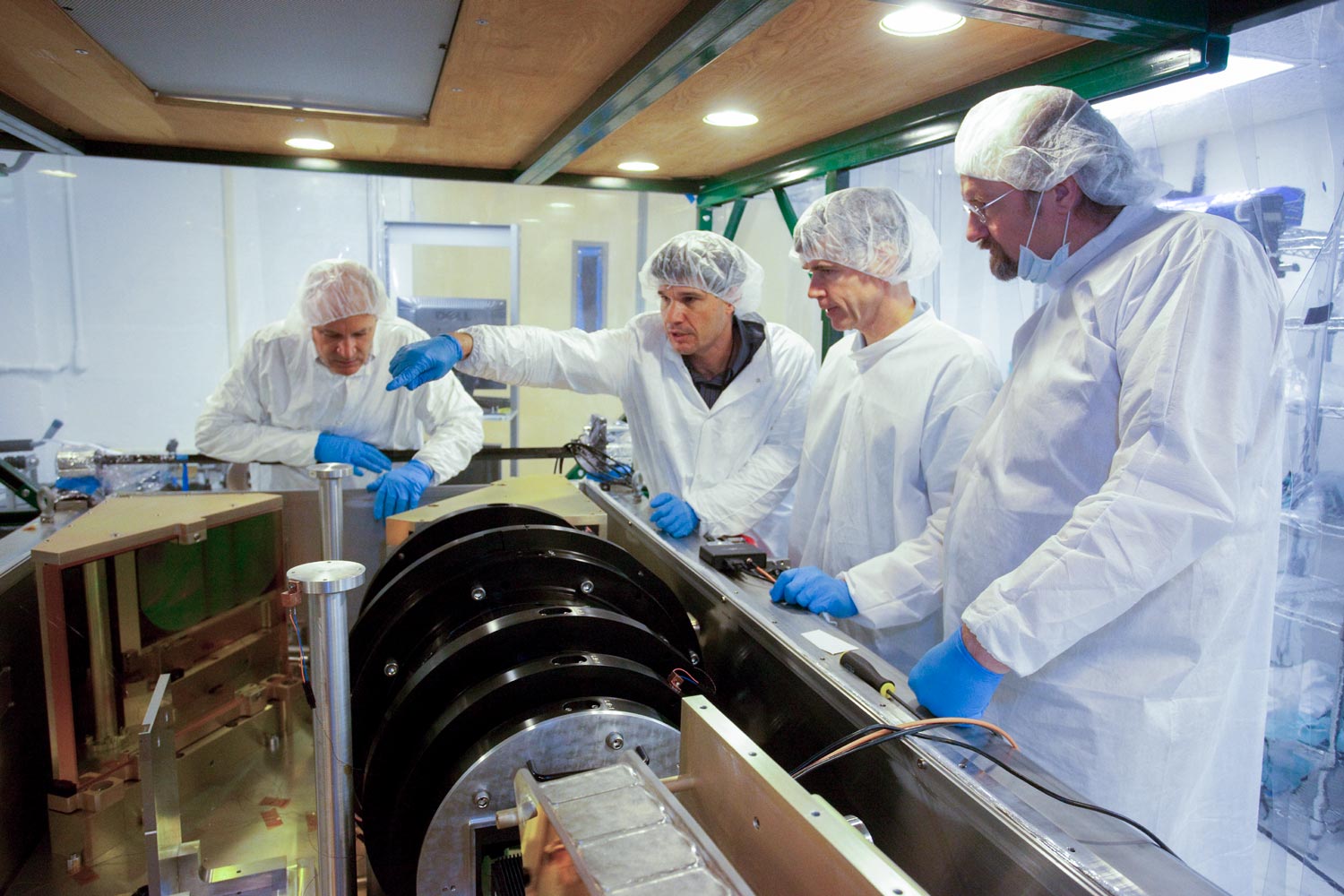 “John created a novel and state-of-the-art instrument … and broke through a number of new technologies along the way – things that had never been done before,” said Steve Majewski, a UVA professor of astronomy and principal investigator on the Apache Point Observatory Galactic Evolution Experiment, or APOGEE, which is part of the Sloan Digital Sky Survey. “The overall goal of APOGEE is to do a systematic census of the chemical compositions of stars, and that work is only possible because of the unique spectrograph that John’s hardware team brought to life.”

As head instrument scientist on the APOGEE team, Wilson and his team designed, constructed and commissioned two spectrographs that use fiber optics to capture light from 300 stars at a time. Sensitive to infrared light, the spectrographs spread out starlight by wavelength, which reveals a star’s chemical composition and Doppler motion. These allow astronomers to determine a star’s age and origin, “which can tell us a lot about how our galaxy formed and evolved,” Majewski said.

By placing the spectrographs in both hemispheres (one in Chile and the other at the Apache Point Observatory in New Mexico), APOGEE astronomers can observe the entire Milky Way galaxy. Now in its seventh year of operation, APOGEE has collected data on more than 300,000 stars.

Wilson led a team of 10 scientists (that included several undergraduate and graduate students) at UVA in assembling the spectrographs in the basement of the Astronomy Building on Grounds. Because the team had a specific and short deadline for getting the first APOGEE spectrograph ready for New Mexico, Wilson subcontracted out components of the work to private industry and university partners, which meant coordinating with approximately 100 engineers and scientists. Both spectrographs were completed on schedule and within their $5 million budgets.

“John brings an overall calm, tempered and thoughtful approach to all that he does, which is why he is so respected by everyone who knows him. When John speaks, everyone listens – out of utter respect that what he will say is imbued with gravitas,” Majewski said. “APOGEE would not have been possible were it also not for John’s exacting dedication to detail and sheer devotion to getting everything exactly right. He doesn’t cut corners, and he is extremely clever, creative and comprehensive in his approach to problems.”

Wilson received his Ph.D. in applied physics at Cornell University. In graduate school, he collaborated on his thesis (on infrared spectroscopy) with Michael Skrutskie, the current UVA astronomy department chair, when Skrutskie was at the University of Massachusetts in Amherst. Skrutskie came to UVA in 2001 and became the director and founder of the astronomy department’s instrumentation design lab and program. Wilson joined UVA soon after, taking a position in Skrutskie’s lab in 2002.

Wilson emphasizes the importance of collaboration and partnerships in his work. “To go about building the instrument, you need to build relationships with good people and good companies and good institutions, because there’s a lot of art and expertise involved," he said, sitting in his office in the Astronomy Building. His face lights up as he describes the intricacies of the spectrograph. For example, each day the instrument must be filled with 15 liters of liquid nitrogen to keep it colder than minus-300 degrees Fahrenheit so that its extremely sensitive infrared detectors will not be affected by thermal radiation from everyday sources.

When transporting the second spectrograph to Chile, Wilson carried those sensitive infrared detectors (locked in a black container resembling a “fat briefcase,” Majewski said) on the plane and through customs checkpoints. “I don’t think John slept a wink the entire 24-hour trip, as he zealously guarded what we jokingly termed ‘the nuclear football,’” Majewski said. “Even managing to eat in a restaurant was a challenge, as he kept the briefcase on his lap. We have a photo of John, looking a bit tired, but also smiling and relieved, at our final destination (the du Port Telescope at the Las Campanas Observatory) with the ‘nuclear football.’”

“I enjoy working on the intersection between science and engineering,” Wilson said. “I get a lot of joy out of the folks who day-to-day are looking at the data and hoping to find good things. I get a lot of joy when they are happy with the results and find fun stuff.” 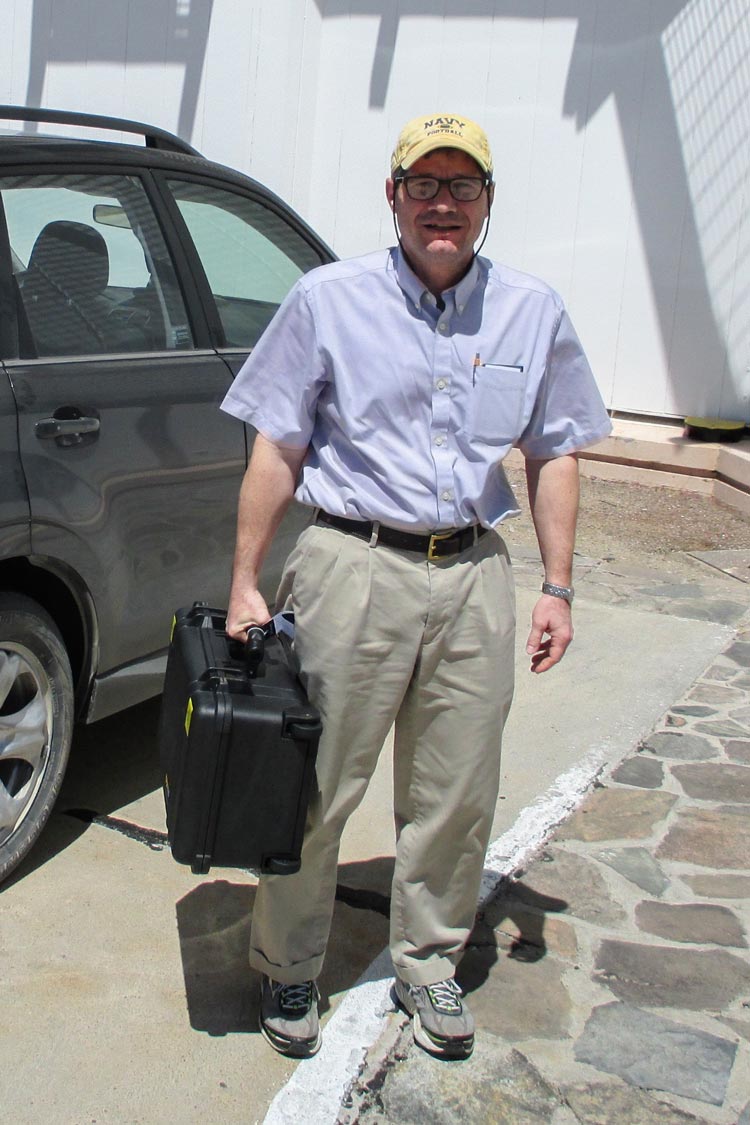 Prior to pursuing his Ph.D., Wilson worked as an engineer in Salt Lake City, and before that, served in the Navy for five years (putting in an additional 15 years as a reservist). “I flew airplanes, but I wasn’t that good of a dogfighter,” he said.

In Operation Desert Storm, he served on the aircraft carrier Midway, where he worked on the flight deck and the bridge.

“It’s sad that nations go to war, but living on a ship and bonding with your colleagues was, for me, a good experience,” he said. “Your life sort of melds with what you’re doing on the boat, all that.”

Majewski said Wilson’s military background was a major advantage for APOGEE. “We had two ex-Navy officers in charge of the instrument side of the project: John, a former carrier pilot, as instrument scientist, and Fred Hearty, a former submarine captain, as project manager. As a result, the first APOGEE spectrograph, from first cut metal to first light, was built in only 16 months. This kind of situation for such a technically complex instrument as APOGEE is practically unheard-of in astronomy.”

Wilson is humble, even self-effacing, about winning the Muhlmann Award. “I was really touched – it was nice to get the recognition of my peers. I’m not intelligent enough, I’m not doing something big enough to get many prizes. And so this may be the one I get in my career, and it was wonderful.”

He is focused on his next project – working with Skrutskie, with participation from NASA, on a balloon gondola pathfinder. “I enjoy the notion of a jack-of-all-trades and a master of none,” he said, “and this profession really allows me to do that, and to sort of be a lifelong learner.”

For All of Us END_OF_DOCUMENT_TOKEN_TO_BE_REPLACED