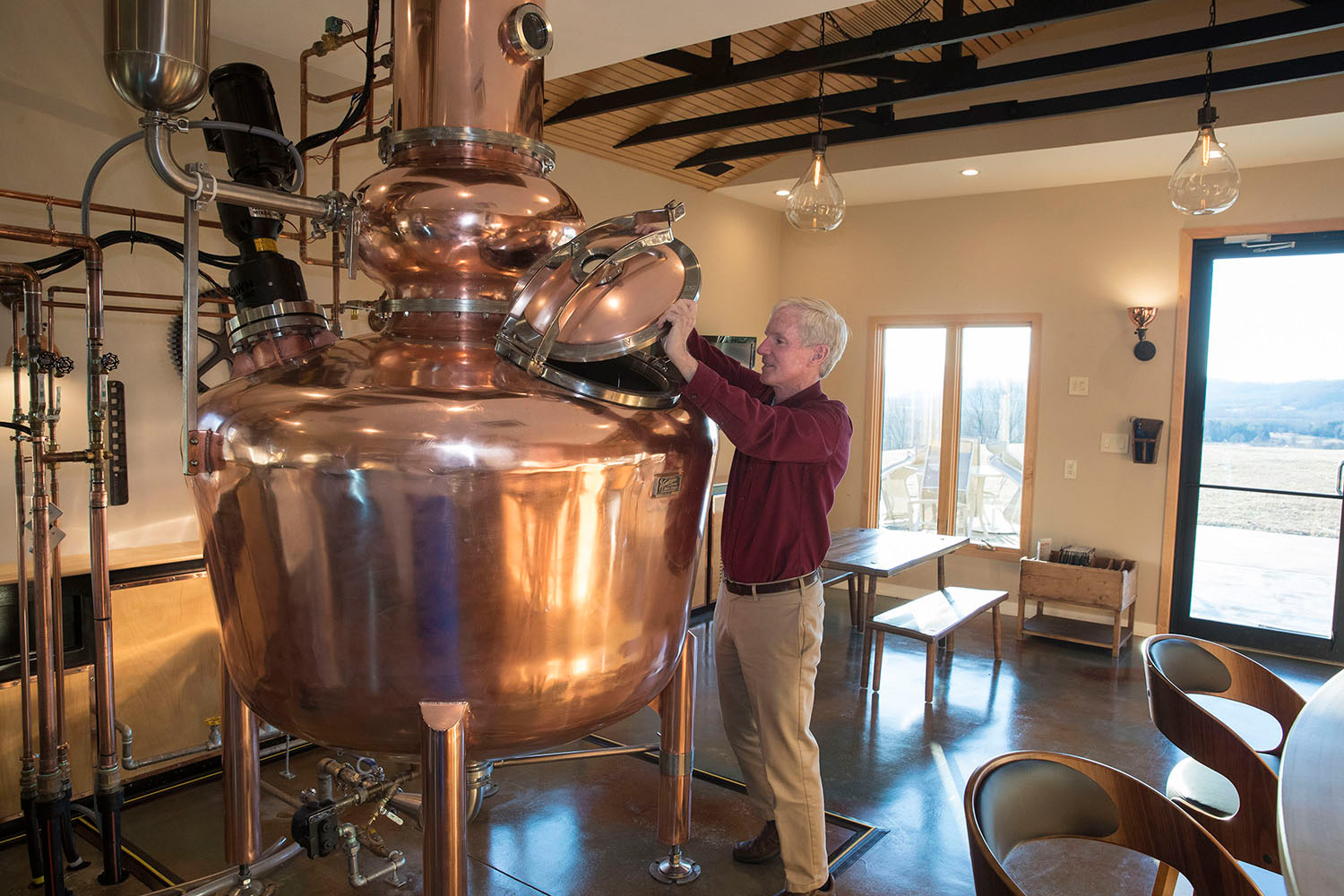 Pate just didn’t know what the exact solution might be, having never worked on the type of analysis Felder was seeking – using a new technology to define the exact and proper time to complete the distillation process of a particular type of pear brandy in order to produce the optimal flavor and aroma.

Pate had some ideas though, and he figured his students could help. So he set up his spring 2018 undergraduate physical chemistry laboratory course to tackle the problem. 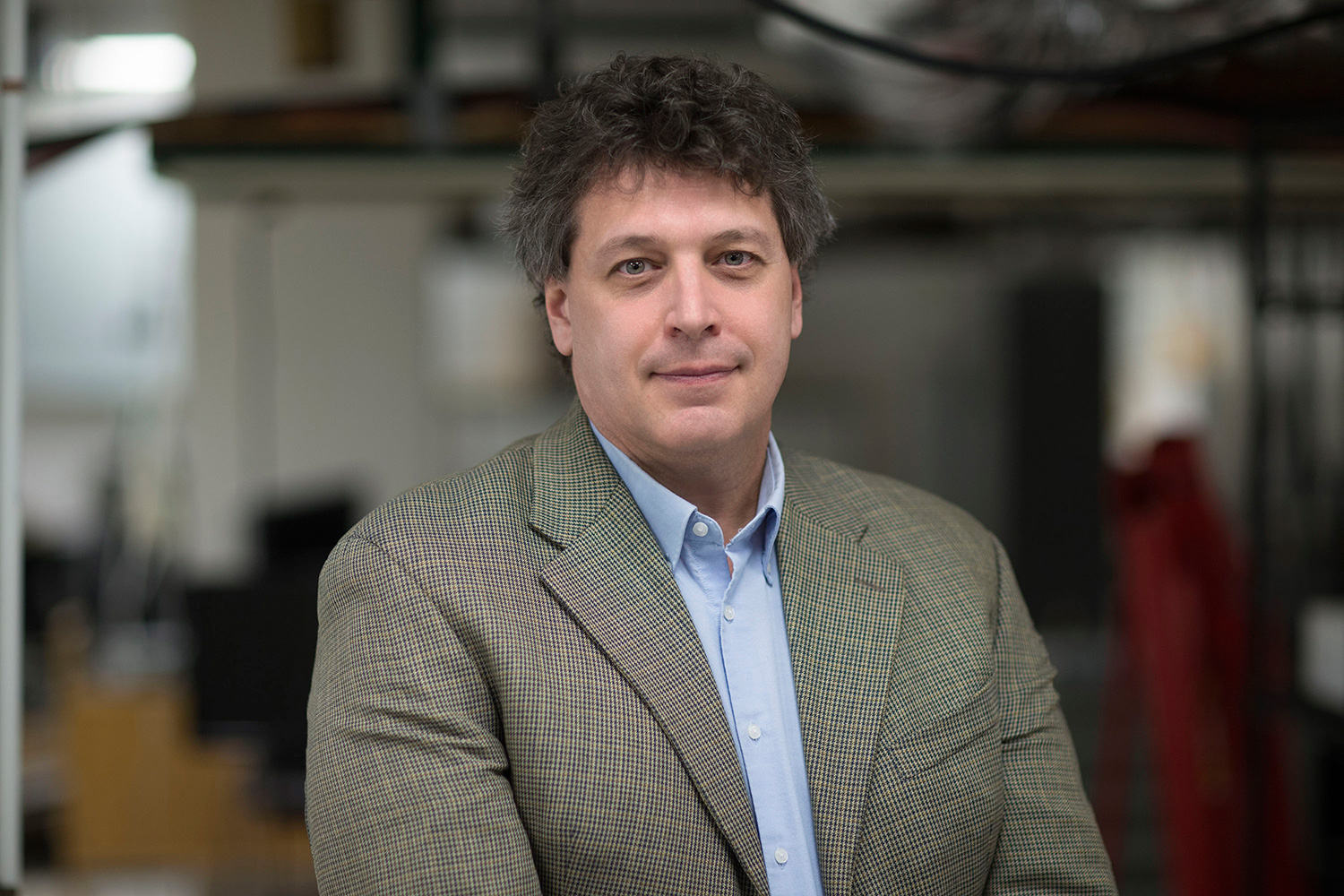 They did, and proved that a technology Pate developed – called Fast Fourier Molecular Rotation Spectroscopy, or FFMRS – is a faster, less expensive and less labor-intensive method for identifying and quantifying flavor compounds in fruit brandy than other methods.

“The goal was to give a group of students who were interested in learning about careers in start-up science and technology businesses the chance to use a new technology in the field – in this case, craft distilleries,” Pate said. “It worked well for the students and for the businesses we helped.”

The businesses were Vitae Spirits, owned by Ian Glomski, a former UVA pathology professor; and Monte Piccolo Distillery, owned by Felder, who is a UVA professor of pathology and associate director of laboratory medicine in the School of Medicine. A Charlottesville spin-off company, BrightSpec, licenses the technology that Pate developed through UVA’s Licensing and Ventures Group.

“Using FFMRS, we can identify wanted and unwanted compounds accurately and quickly, which can help a distiller know when to complete the distillation process for optimal flavor,” Pate said.

The technology currently is being marketed to pharmaceutical companies by BrightSpec for identifying compounds in drugs. But Pate has been looking for other real-world applications, and got the idea to try it, at Felder’s request, for brandy. It was a perfect match for the students who were looking for real-world careers in chemistry.

The result was so successful, Felder applied for and won a grant from the American Distilling Institute to further test the technology, and to sponsor a presentation by a UVA graduate student at the distiller organization’s annual meeting, once results are published in a peer-reviewed journal.

“Preliminary data generated by the chemistry undergraduates in 2018 demonstrated unequivocally that it brings hard data to the complex art of distilling,” Felder said.

The technology, and techniques developed by Pate’s students, are now being used in the same course this spring to analyze a peach brandy Felder is producing. The idea is the same: define the prime time for desirable flavors, and ensure that undesirable volatiles – such as acetaldehyde, methanol and butanol, which also form in the distilling process – are fully eliminated from the final product.

The technology also may be applicable to whiskey distilling and for analyzing vegetable oils for peak flavor.

One of last year’s students, Sarah Johnson, who served as a class leader and used the course as a springboard to a job with True Health Diagnostics, a clinical lab in Richmond, described the experience as “the most memorable and impactful course that I took at UVA.”

“It was refreshing to participate in a project that mirrored the pace of real-world research, and where our jobs were to research and problem-solve for a truly interested party,” she said. 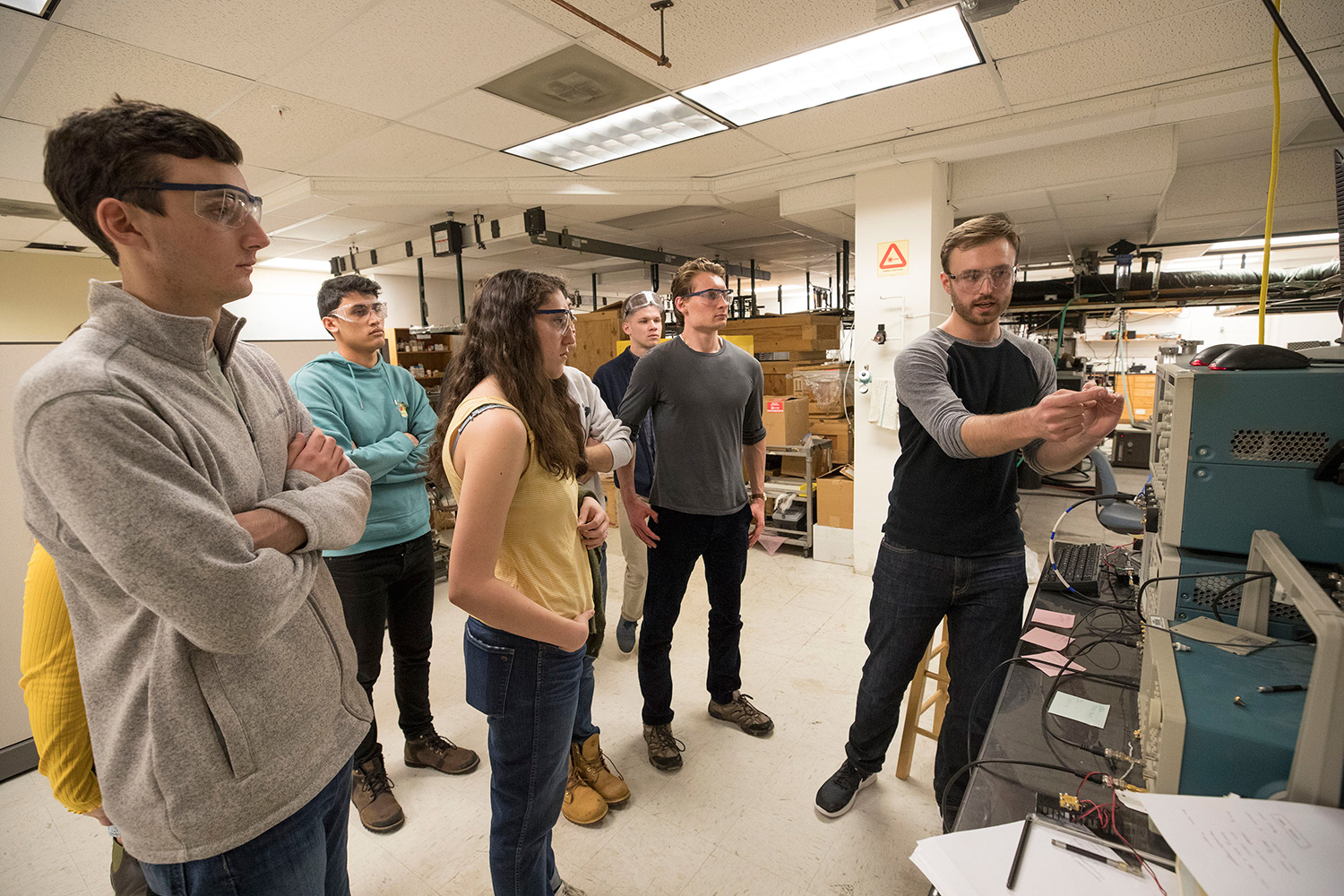 Johnson noted that the project required a great deal of collaboration between students, Pate and graduate student assistant Channing West, who kept the project on track as several challenges were met head-on, involving sifting through countless compounds and contaminants.

“We were working through problems that had no clear solutions at the time, but the students really persevered as we worked through each challenge to find clear answers,” West said.

“Working with challenges like those are the kind of things you can expect to deal with in a career in a lab setting,” Johnson said.