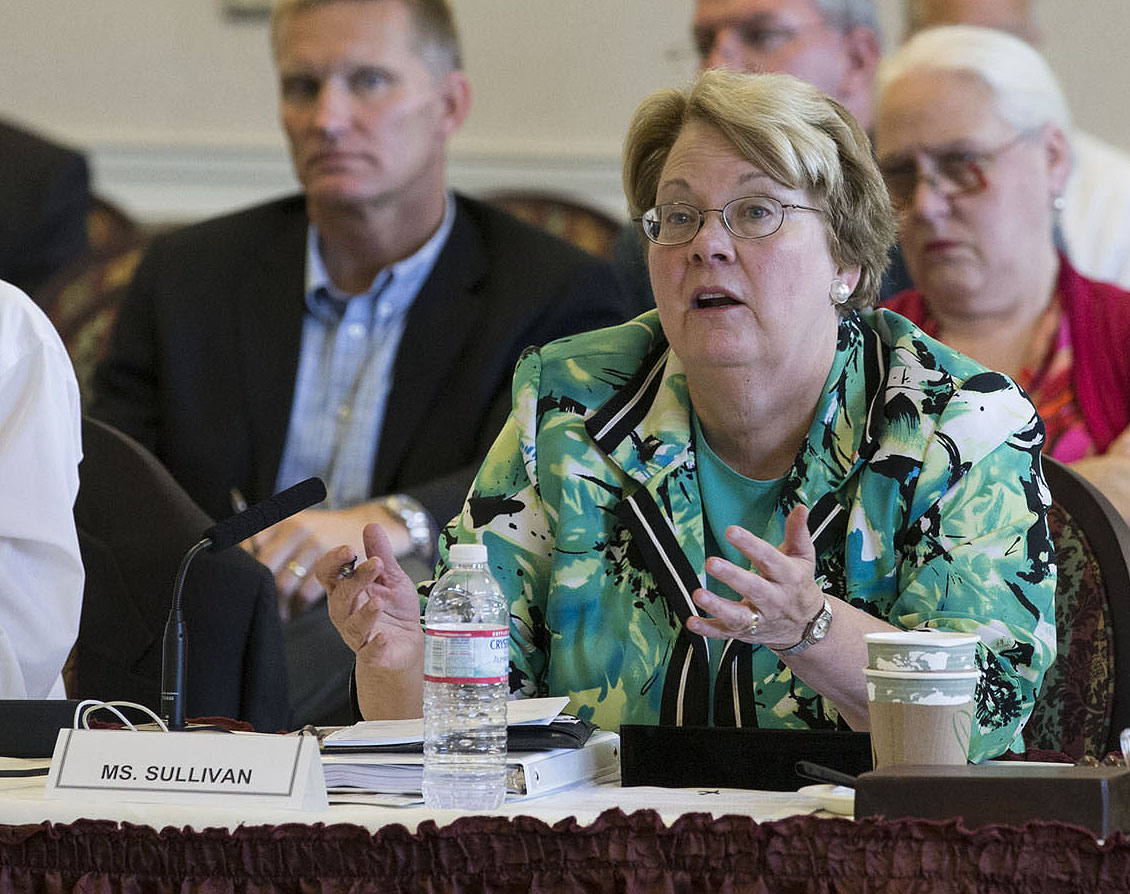 The University of Virginia Board of Visitors voted Saturday to reauthorize AccessUVa, one of the most successful and effective financial aid programs among the nation’s public colleges and universities.

Approval of the resolution extends the program launched in 2004 to continue to meet 100 percent of the demonstrated need of undergraduate students, regardless of their financial circumstances. The board’s vote also instituted a program adjustment designed to maintain the program’s effectiveness and availability while placing its institutional costs on a sustainable path.

“Our commitment remains ensuring access to the University of Virginia for the best students, regardless of their financial challenges,” U.Va. President Teresa A. Sullivan said. “At the same time, we have an obligation to responsibly manage limited resources. These adjustments to the AccessUVa program provide the balance needed to accomplish both goals.”

“This valuable financial aid program has enabled many students to attend U.Va.,” Rector George Keith Martin said. “The program costs have increased dramatically since it was implemented in 2004, while both the demand for financial aid by families has increased and federal support has flattened or declined. The board adopted a more balanced approach to make sure AccessUVa will be around to help future students and families for the long run.”

Saturday’s reauthorization mirrors the 2004 AccessUVa model with a primary modification: The program, beginning in the 2014-15 academic year, will offer loans as part of comprehensive aid packages to all students with financial need, regardless of income level. This change standardizes how U.Va. administers its financial aid program to all recipients.

The change will be phased in by class over four academic years beginning in 2014-15 and will not affect any current student receiving financial aid.

By fiscal year 2018, it is projected to moderate the escalation of program costs by $6 million per year while still meeting 100 percent of student need.

“Students now attending the University enrolled under a clear set of program guidelines,” Executive Vice President and Chief Operating Officer Patrick D. Hogan said. “We will honor our commitment to maintain AccessUVa as they understood the program would operate. This commitment will remain in place throughout their time as undergraduates here.”

The resolution reauthorizing AccessUVa also sets a cap of $28,000 on the amount of need-based loans that an undergraduate student may accumulate during a four-year period. University officials said the maximum amount of loan debt a low-income, in-state undergraduate will accumulate over four years is $14,000.

The average need-based loan debt held by 2012 graduates was about $11,700.  Only 27 percent of in-state undergraduate students graduated with any need-based debt in 2011-12.

Since the introduction of AccessUVa, the University of Virginia has consistently been hailed as a national leader in higher education financial aid. Organizations such as Princeton Review and U.S. News & World Report frequently highlight the positive role of the AccessUVa program when honoring U.Va. as one of the nation’s best public universities.

“AccessUVa will continue to play a key role in offering students an affordable pathway to a college degree. The program allows us to continue to admit prospective students based on merit and not ability to pay,” Hogan said. “It also provides U.Va. tremendous benefit by helping the University foster socioeconomic diversity among our student population.”

Shifting economic conditions, particularly during and after the recession beginning in 2008, increased demand for financial aid and pushed the subsequent cost of AccessUVa beyond projections. In 2012-13, the institutional contribution from tuition and other unrestricted sources was $40.2 million. That compares to an institutional cost of $11.5 million in the program’s initial year in 2004-05.

During the past decade, the amount of need-based aid from federal sources has flattened or declined as undergraduate need for financial aid has continued to climb. Rising costs of educating students and providing room, board and books also have contributed to the increased costs of AccessUVa.

Responding to the dramatic changes, the University in 2011 launched a review of AccessUVa with a goal of assessing the effects of financial aid on admissions and developing options for addressing rising costs. In addition to the modification approved Saturday, the University plans to establish a regular review of the program with the Board of Visitors.

For more information about the AccessUVa program and its reauthorization, see this FAQ.

What’s Next for UVA’s Class of 2022? END_OF_DOCUMENT_TOKEN_TO_BE_REPLACED