A Brave Space to Talk About Race 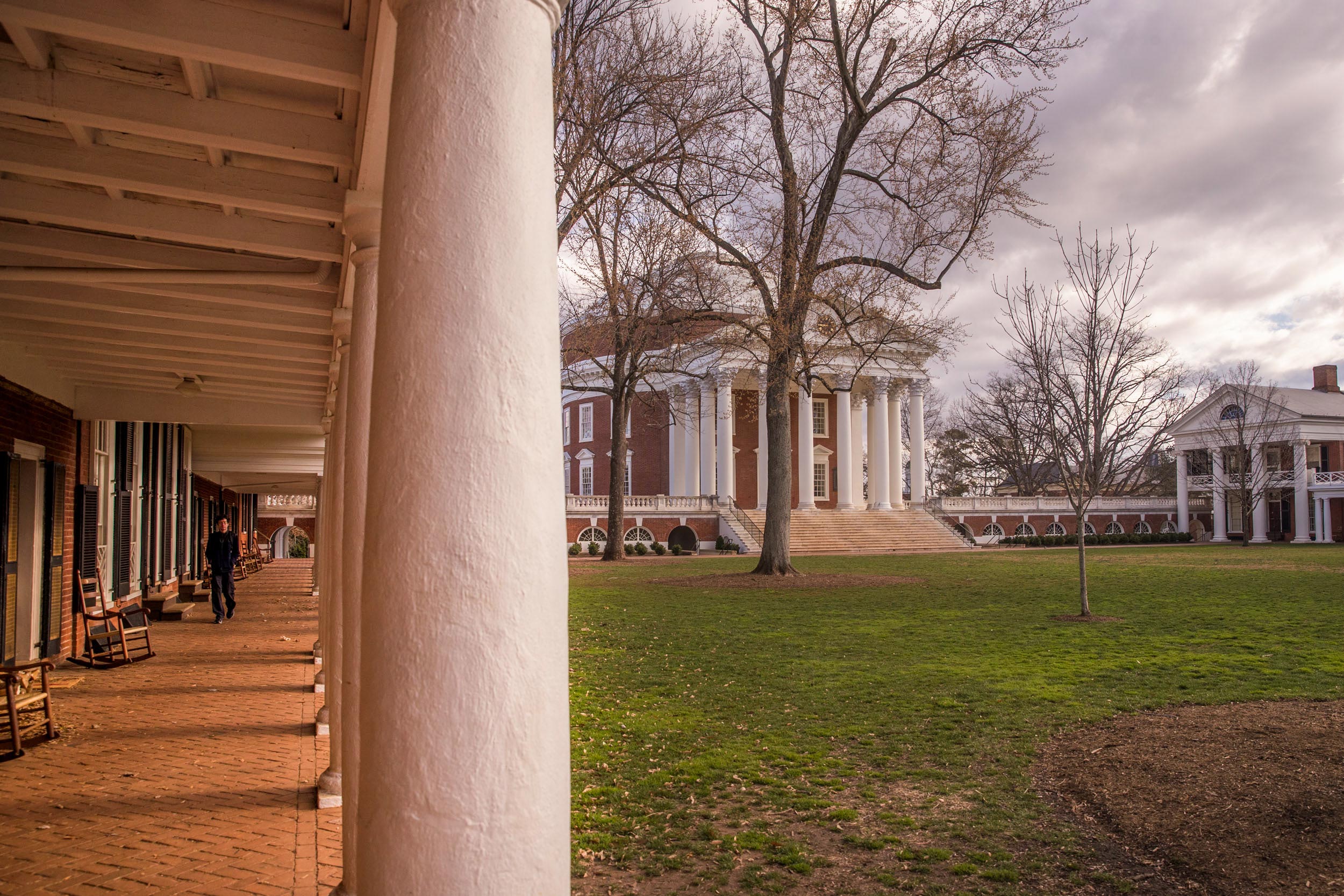 The patient is a 52-year-old black female. Single mother of two. Exhibits anxiety and depression.

For University of Virginia nursing students, it’s a typical case study pulled from an ordinary psychology textbook – part of the way they learn to assess, diagnose and establish a course of care and treatment. But lately, cases like it are prompting nursing professor Richard Westphal to probe more deeply: does it matter that the subject is African-American? That she’s a single mother? And how will those details set the frame for the diagnosis and care this patient will receive?

“What’s right in the way this is presented?” Westphal asked his students. “What’s wrong? What bias is present in you as you read these details? And why do you think it matters?”

Even among this well-meaning audience of future caregivers, it’s an important line of questioning. Research has shown that mental health care providers are significantly more likely to diagnose non-white patients with paranoia and anxiety. It’s reason enough, Westphal said, for modern nurses to pause, take stock and acknowledge patients’ biases, as well as their own.

The instructional shift is the result of Westphal’s recent participation in UVA’s first-ever Institutional Equity Initiative, led by noted race scholar and professor Shaun Harper of the University of Southern California. Including student affairs leaders, engineering and nursing faculty leaders, UVA deans and campus safety professionals, the eight-week course offered 55 people from around Grounds a forum to discuss topics that – as a veteran military nurse – Westphal had long been instructed to ignore. 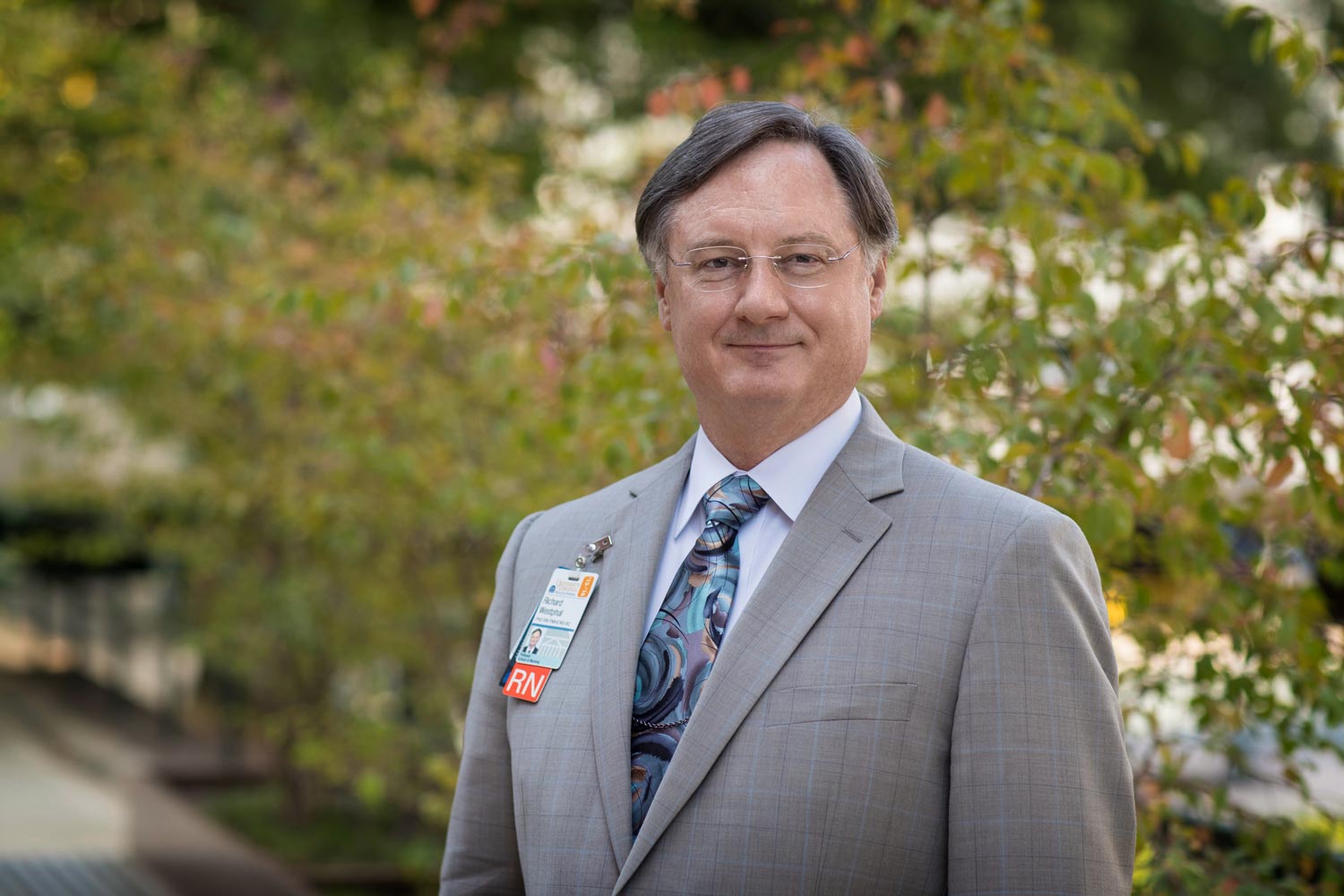 He called the process “freeing.”

“I spent many years in an organization where ‘getting to neutral’ was the goal,” Westphal said. “What that meant was there was a lot of self-censoring. ‘Don’t ask, don’t tell. Focus on performance.’

“The race-equity training helped me understand just how stifling that was. Until now, I didn’t have permission to do this, though I’ve long wondered about these issues – how to understand them, and how to teach them.” 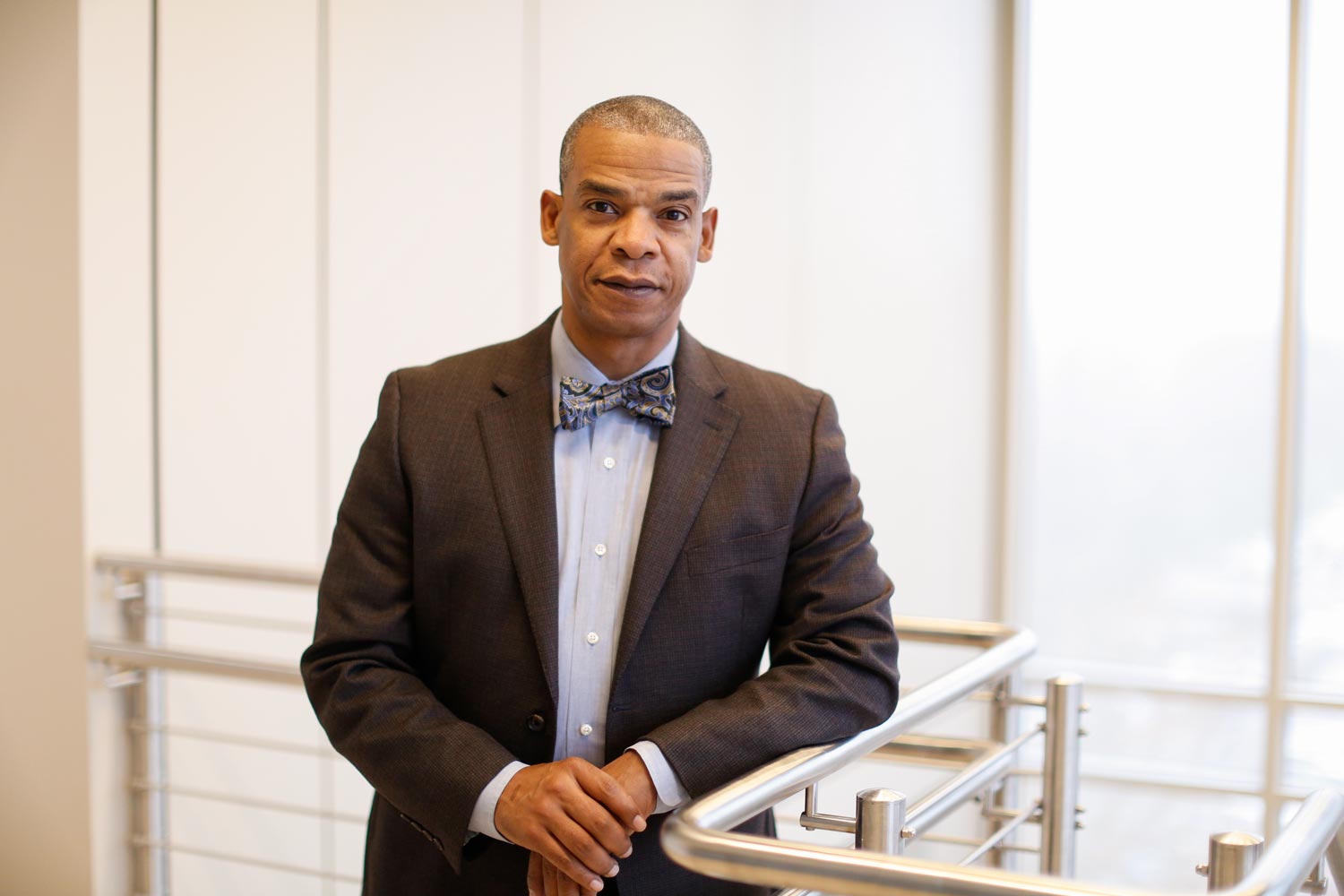 Even for John Gates, associate dean and chief diversity officer for UVA’s School of Engineering, the institute offered something new.

“I didn’t expect many ‘aha! moments,’ but I had a lot,” said Gates, himself an African-American, “the most critical being the distinction between equality and equity, and the realization that while we speak the language of equity at a university, we operate within an equality model.”

There is a distinct difference between the two ideas, Gates noted.

While most people are well-intentioned, “We do not know how to skillfully talk about and address issues of race, racism and white privilege,” said Susan Kools, associate dean for diversity and inclusion in the School of Nursing who, with Gates, organized UVA’s participation in the institute. “Until we build our capacity to do this at every level of our organization, we will not completely live into our mission of diversity, inclusion and equity, and this has a dire impact on the work we are preparing our students to do.”

From last October to December, the UVA groups convened weekly to consider race’s influence on the way they teach, learn, interact and make decisions – a poignant reckoning for many white participants, and a platform for underrepresented and minority participants to speak openly about issues that have featured prominently in local and national conversations.

Across eight three-hour modules, participants reflected on privilege, power and the degree to which race, gender, ethnicity and religion defined them, while case studies offered scenarios that sometimes hit remarkably close to home. 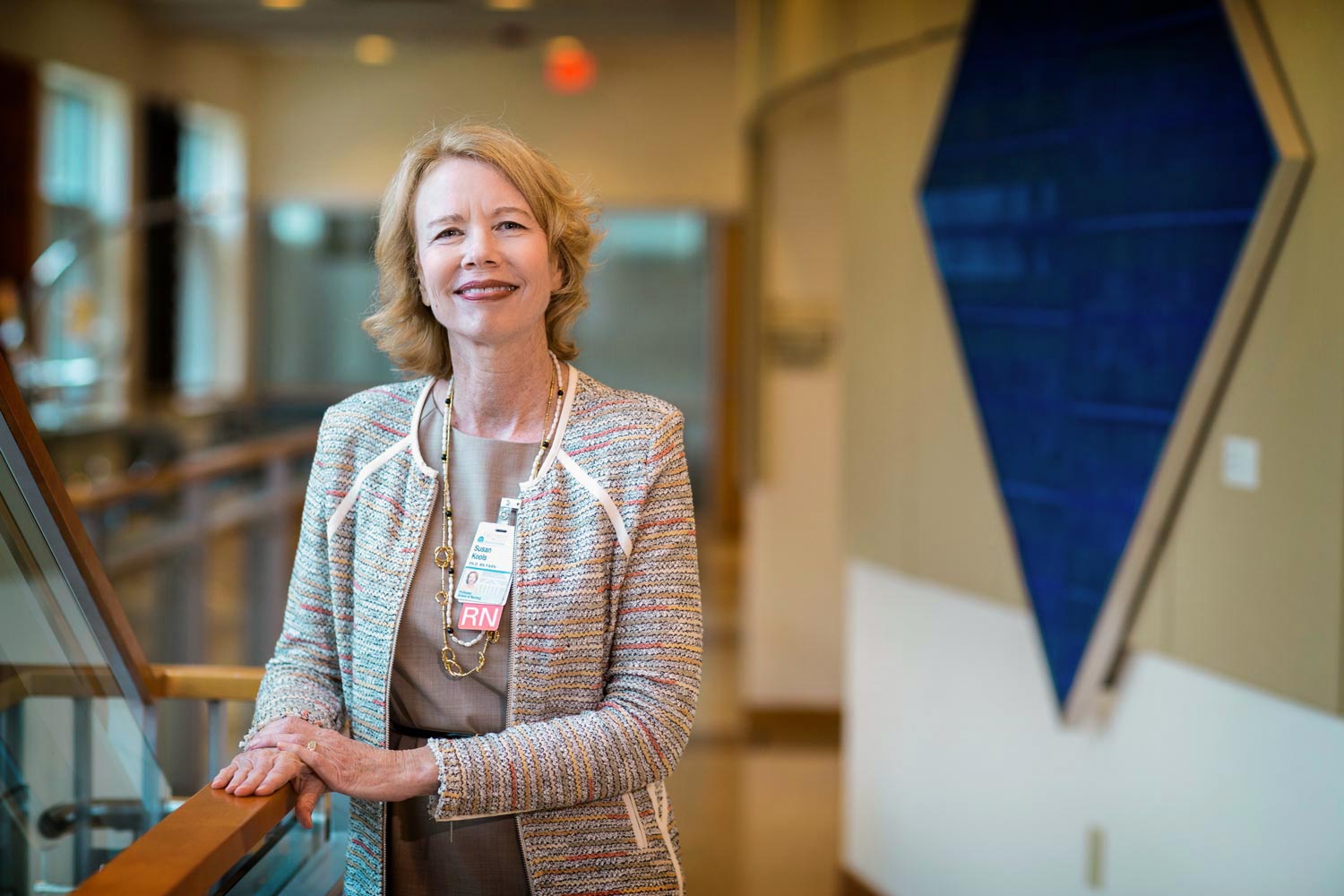 “I was sitting there with my colleagues in a cohort from the University Police Department and was like, ‘That’s me, that’s my experience,’” Gates said of one case study. “While I intuitively know that other people have experiences close to mine, to have it codified in the literature and have a discussion about it felt really gratifying.”

Some takeaways were surprising. Nursing professor Clareen Wiencek was startled when one of the presentations – titled “But I’m not a racist!” – led her to respectfully reject the Rev. Martin Luther King Jr.’s hope for a colorblind society.

“Racial equity is not about being colorblind,” Wiencek said. “The fact of the matter is that we humans see our world in color, and if we don’t acknowledge color, we’re not acknowledging the important pieces of someone’s identity, history, culture, memory, present, personhood. Even though King was brilliant, a colorblind society is not where we are, or where we need to be.”

Though the institute’s first cohort was tasked with a series of projects for the spring and beyond, some lessons were applicable in real time. Wiencek, who directs the School of Nursing’s master’s and Doctor of Nursing Practice programs, said she’s already considering how to incorporate the lessons she learned into her work.

“How do I, as someone who has dozens of applications to review on paper, do this work?” Wiencek said. “I’ve never met this person. Do I already have biases in my mind – the way their name sounds, what their age or experience level is, whether they attended an online university – that could impact their admission? All these factors can feed bias.” 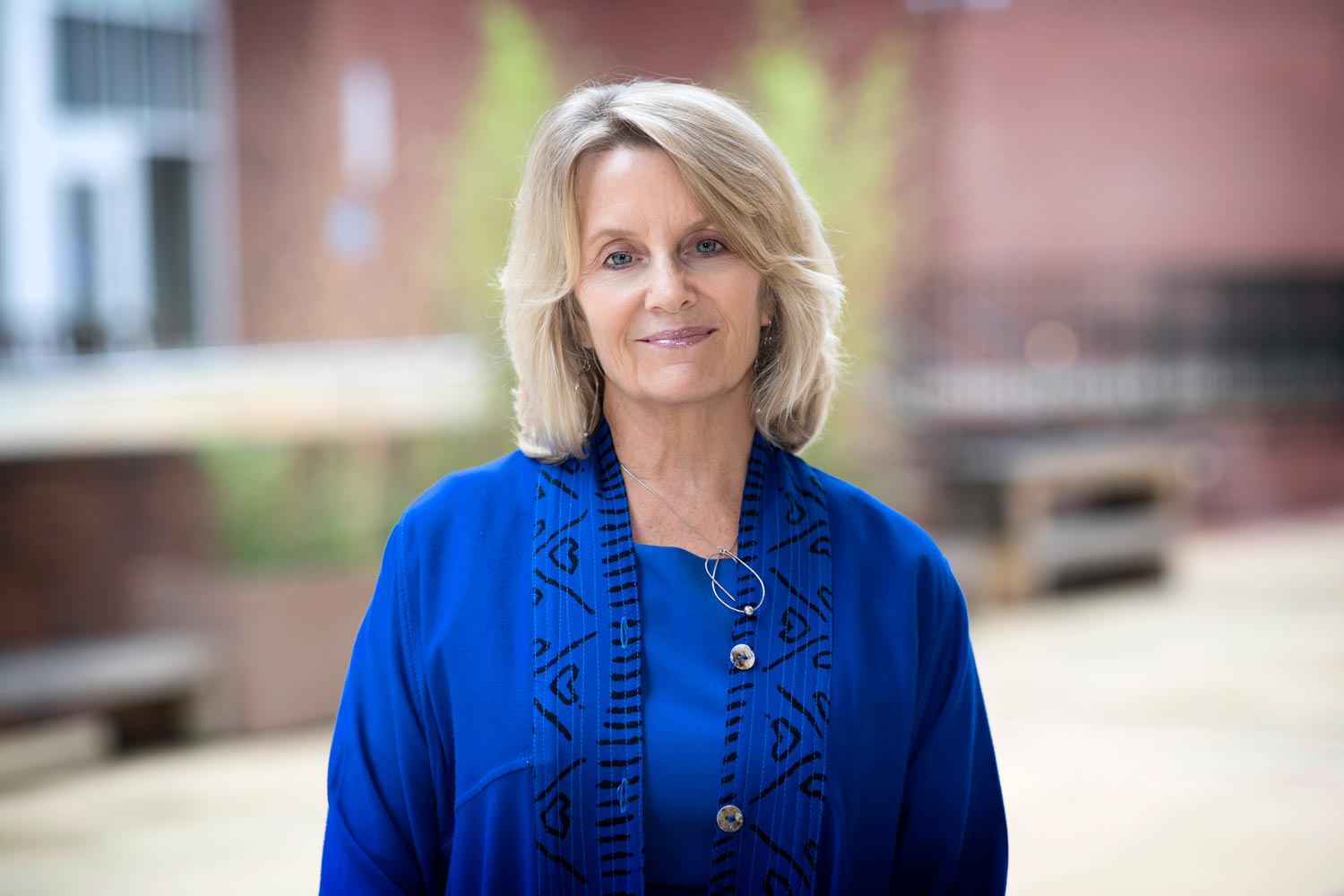 Next fall, a second group of UVA leaders – including President James Ryan and members of his executive team – will take part in the USC-led modules, while the first nursing cohort will dive into institution- and school-based projects, including how to diversify representation in predominantly white spaces, deepen holistic admissions practices, improve recruitment practices for faculty of color, and better weave race and equity topics into curricula.

Engineering faculty will examine how best to improve the experiences of students of color who’ve experienced bias. And Charlottesville, Albemarle and UVA police officers will explore Charlottesville and Albemarle’s policing history to create a course for safety professionals that acknowledges historical bias, inequitable treatment, and missteps during the August 2017 Unite the Right rally.

While Gates, Kools, Westphal and Wiencek acknowledge that many of the institute’s topics trod uncharted, sometimes uncomfortable terrain, each insists that there’s no substitute for honest talk and respectful listening.

“The most important thing was that we entered the space as vessels ready to receive,” Gates said. “It was powerful in building community and expanding our knowledge and helping us develop a vocabulary about race and equity that we’ve had but we did not necessarily have fluency with.

“Diversity is a contact sport – you don’t win it from the stands,” he added. “And if equality gets us into the stadium, equity will help us win the game.”

UVA Weekly Episode 6: A New Look at Testing, Behind the Scenes at IM-Rec END_OF_DOCUMENT_TOKEN_TO_BE_REPLACED

Inside One of the UVA Labs Studying COVID-19 END_OF_DOCUMENT_TOKEN_TO_BE_REPLACED